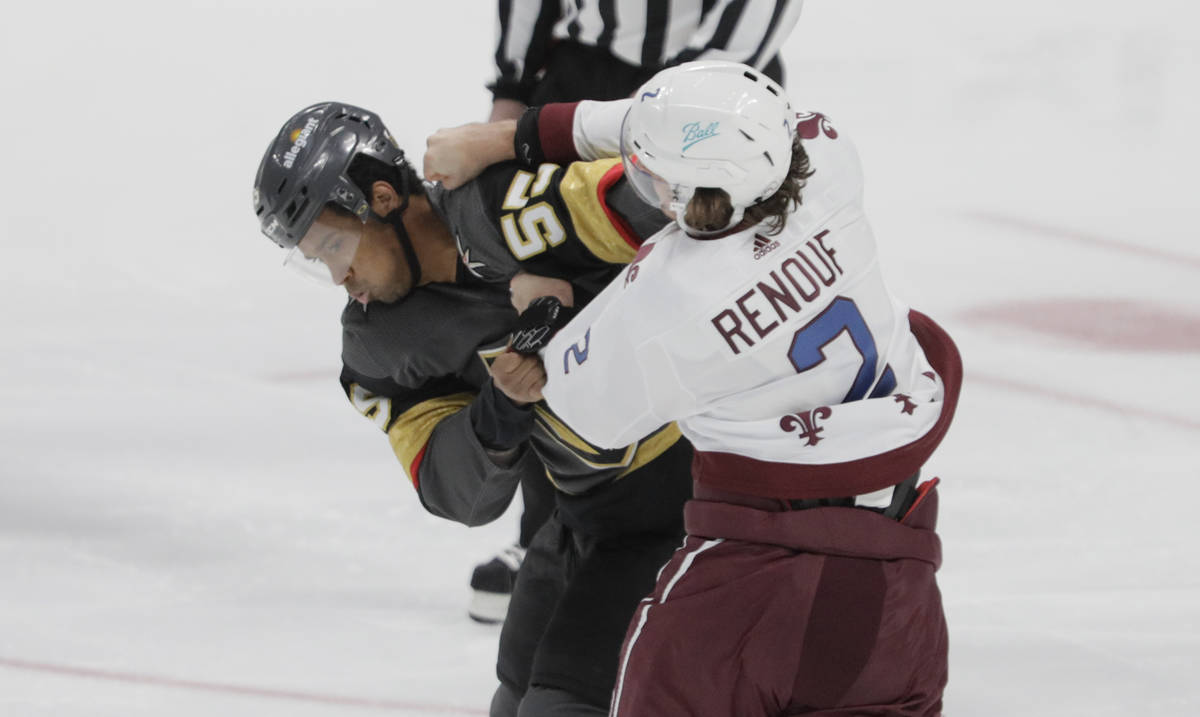 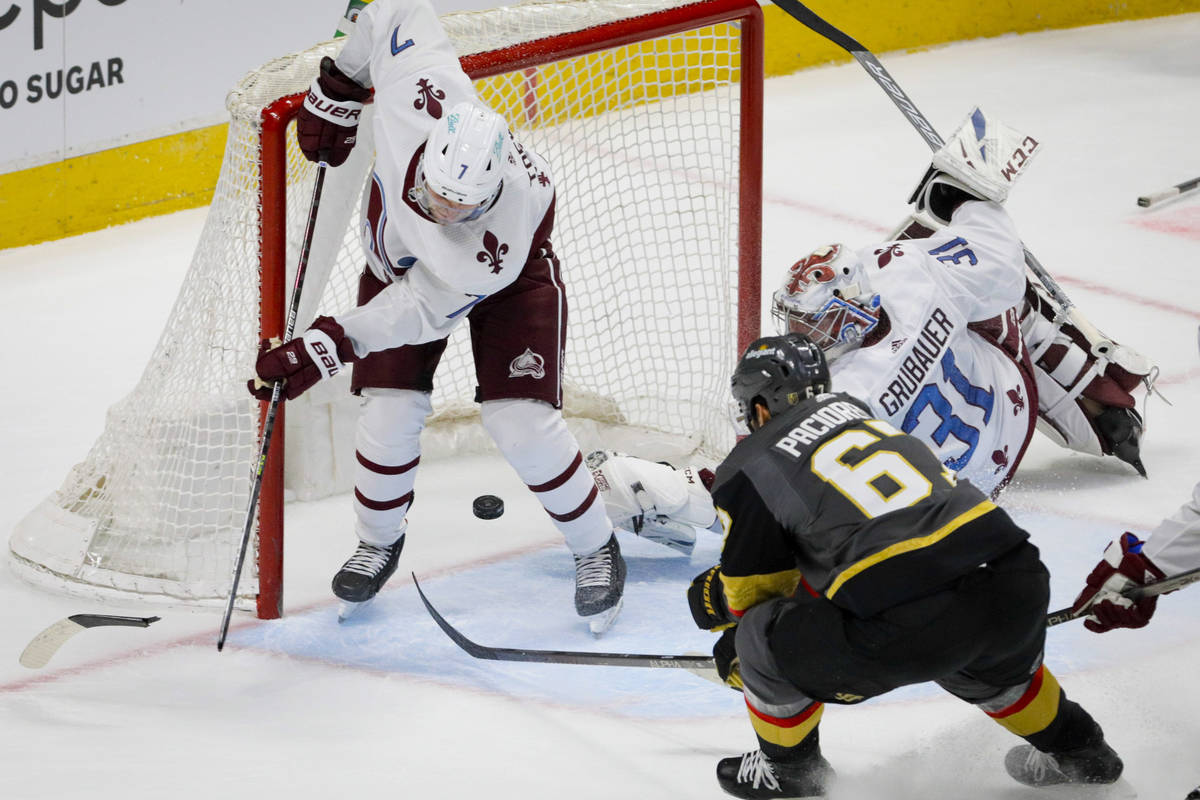 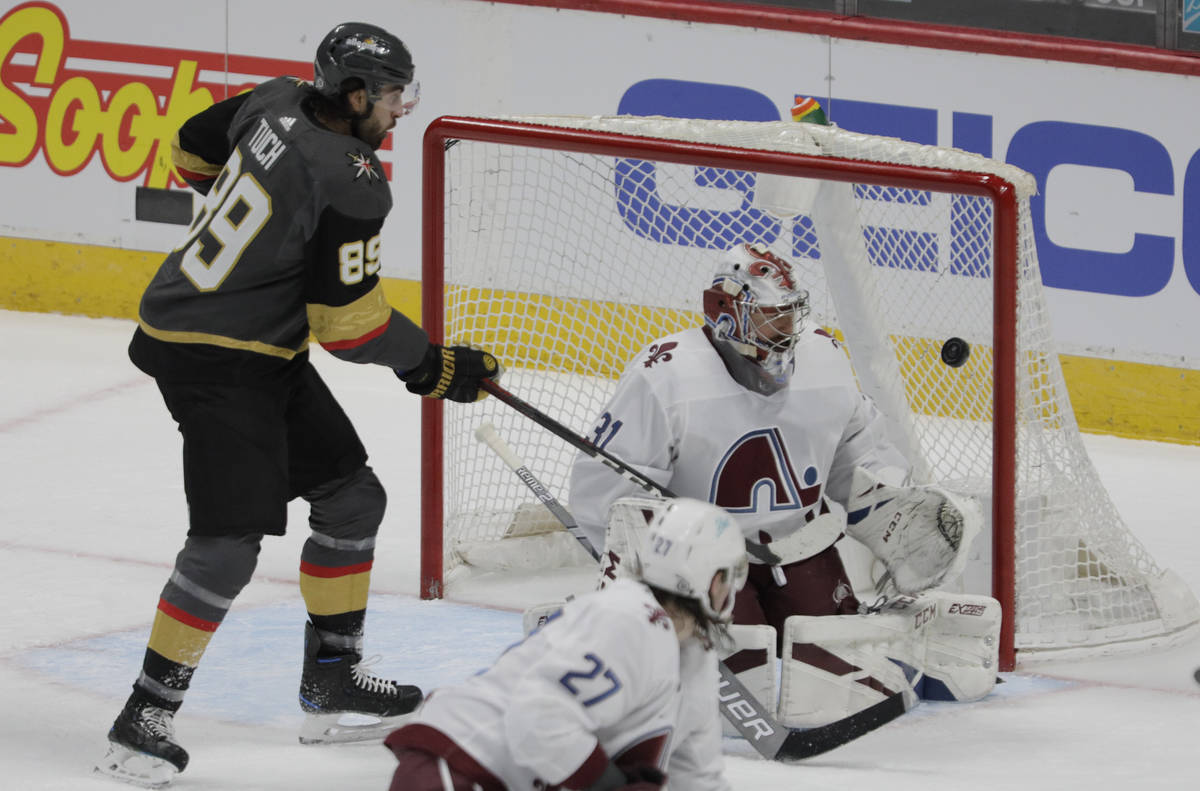 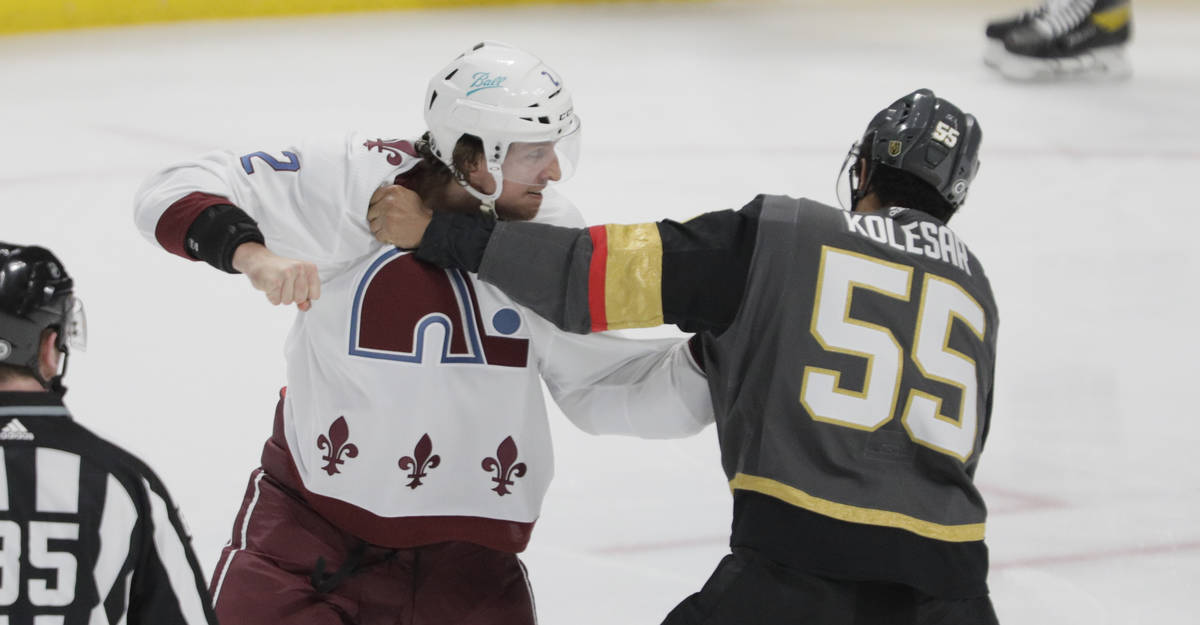 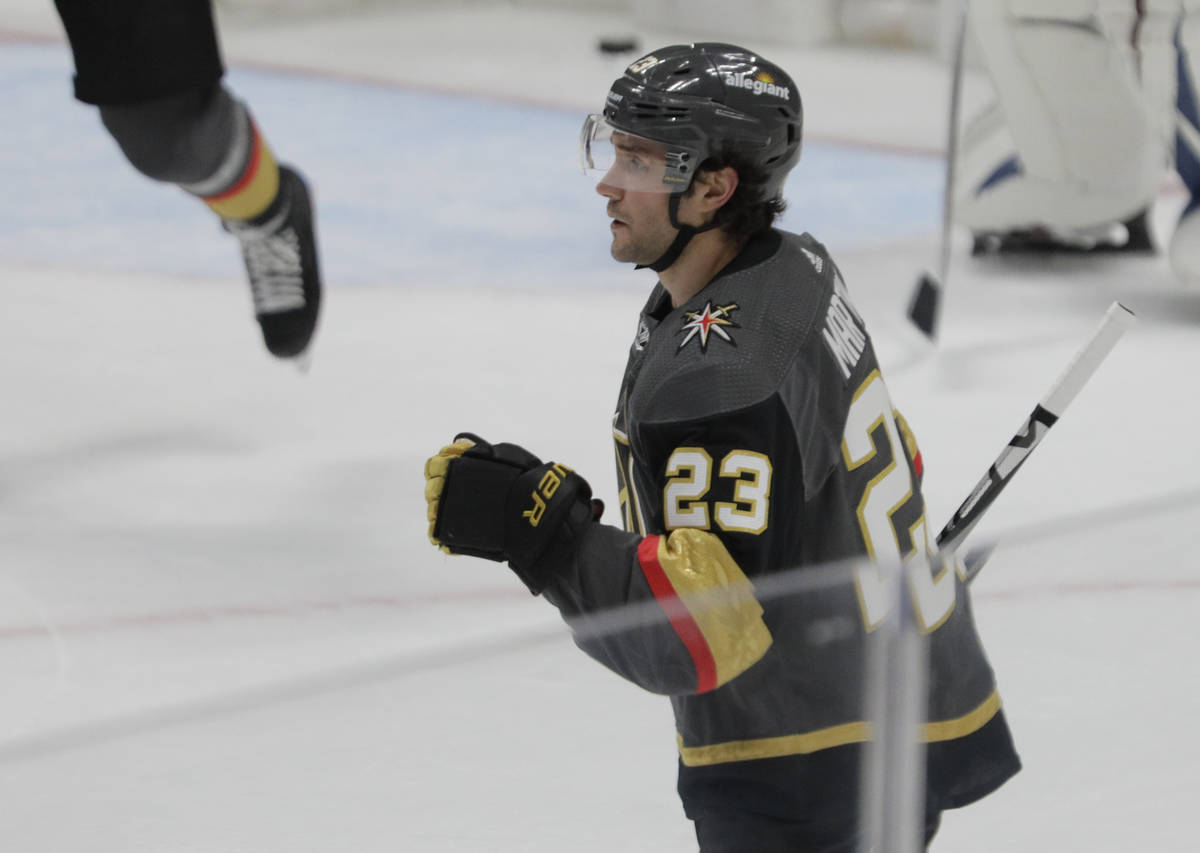 Vegas Golden Knights defenseman Alec Martinez (23) pumps his fist after a goal against the Colorado Avalanche during the first period of an NHL hockey game in Denver, Saturday, March 27, 2021. (AP Photo/Joe Mahoney)

I’m not sure who would be doubting a team that has won as much as the Golden Knights. But if that perceived slight gives you the motivation to get a significant road split, who’s to argue?

We saw Thursday what happens when they don’t against this specific side. It’s not pretty.

Responding to a 5-1 loss in which they were dominated two days earlier, the Knights remained atop the Honda West Division because they refused to get caught up in another track meet.

They can’t beat Colorado that way. Patience isn’t just a key against the Avalanche. It’s the only way to succeed. You either limit transition rushes or you lose.

“I thought for the believers out there, thanks for sticking with us,” said Knights coach Pete DeBoer. “I know there were some doubters out there after the last game, but I knew our group would respond with a real good effort.

“These guys read and see it way more than I do. I don’t look at a lot of that stuff, but players do and you hear them talking. There was a lot of motivation in that room tonight to throw a good game at them.”

I assume he is referring to social media chatter — I mean, what else would it be? — of which any professional athlete should understand can unearth the lowest of spineless dregs.

But much like the myth that is momentum in sports, so too can manufactured motivation be wholly overvalued for its importance. If the Knights needed anything beyond the film of Thursday’s loss to inspire such an impressive response, the fault is theirs and not any external source.

It’s beyond a stretch — and somewhat laughable — for the Knights to ever play the lack-of-respect narrative, at least for those who have watched their meteoric rise to one of the NHL’s best franchises the last four years. Everyone knows how good they are. It’s as much a secret as Nathan MacKinnon being fast.

There is also no such thing as a must-win matchup when you’re playing No. 32 of 56 regular-season games. But when the tea leaves are fairly obvious regarding a likely playoff encounter between the two Acuras of the division, countering defeat by sending your own message is never a bad thing.

“We knew we had a lot to prove after getting spanked in the last game,” said Knights forward Max Pacioretty, who won it with his league-leading fourth overtime goal. “But we knew that it also wouldn’t come with just playing well for one period. We knew that we had to stick with it for 60-plus. We never really got away from our game there.”

The fourth line was the team’s best Sunday, forechecking and grinding and having William Carrier score to tie things at 2-2 in the second period.

It might, for at least for 24 hours or so, calm those ongoing suggestions that the Knights need to add bottom six depth at the impending trade deadline or perhaps pay for it dearly when the postseason commences.

They should still strongly consider it, by the way, if management can discover a way to navigate around what is the salary cap space of a thimble. Other contenders for the Stanley Cup are deeper. Some considerably so.

The Knights are 7-1 under DeBoer when coming off a loss by at least two goals. They don’t just rebound. They storm back. In the seven wins, their goal differential is plus-15.

This one might have been the most memorable given the beat-down Thursday.

Detailed. Focused. Structured. The Knights were all of it Saturday.

They were the better team this time.

Nobody should doubt that.