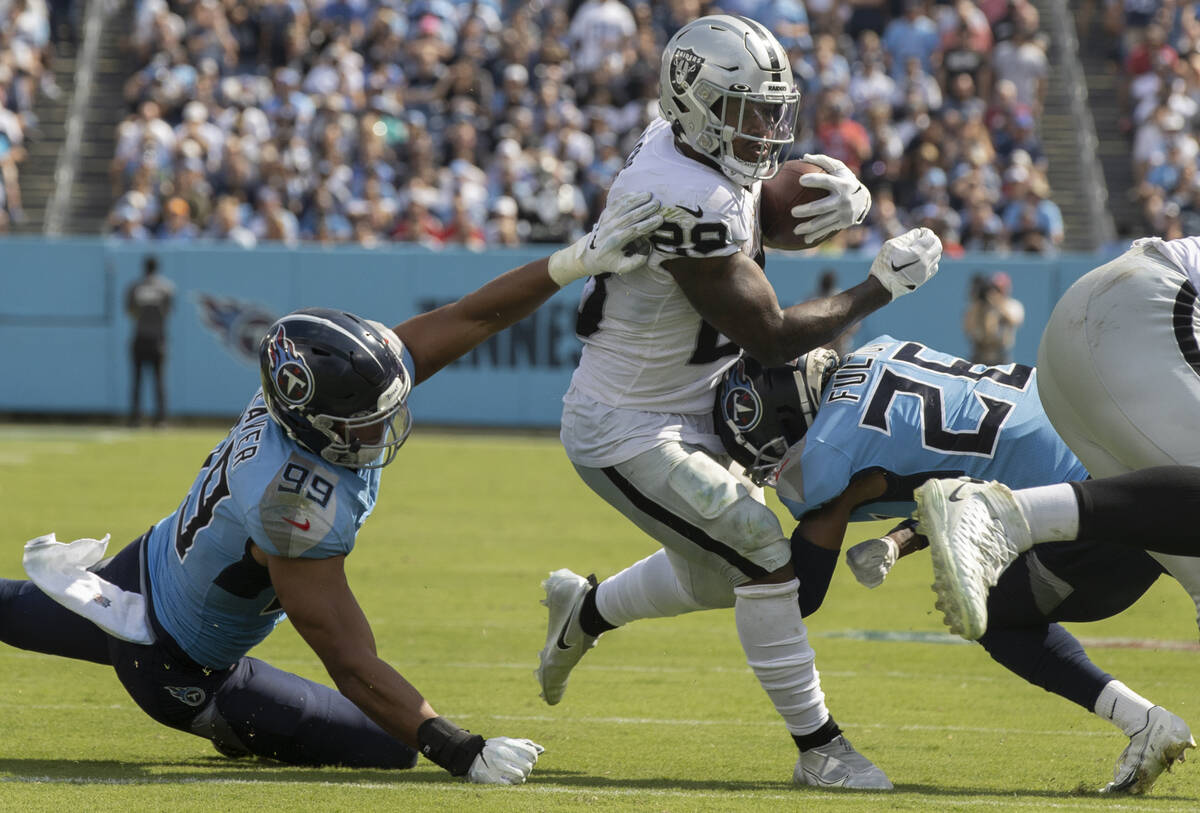 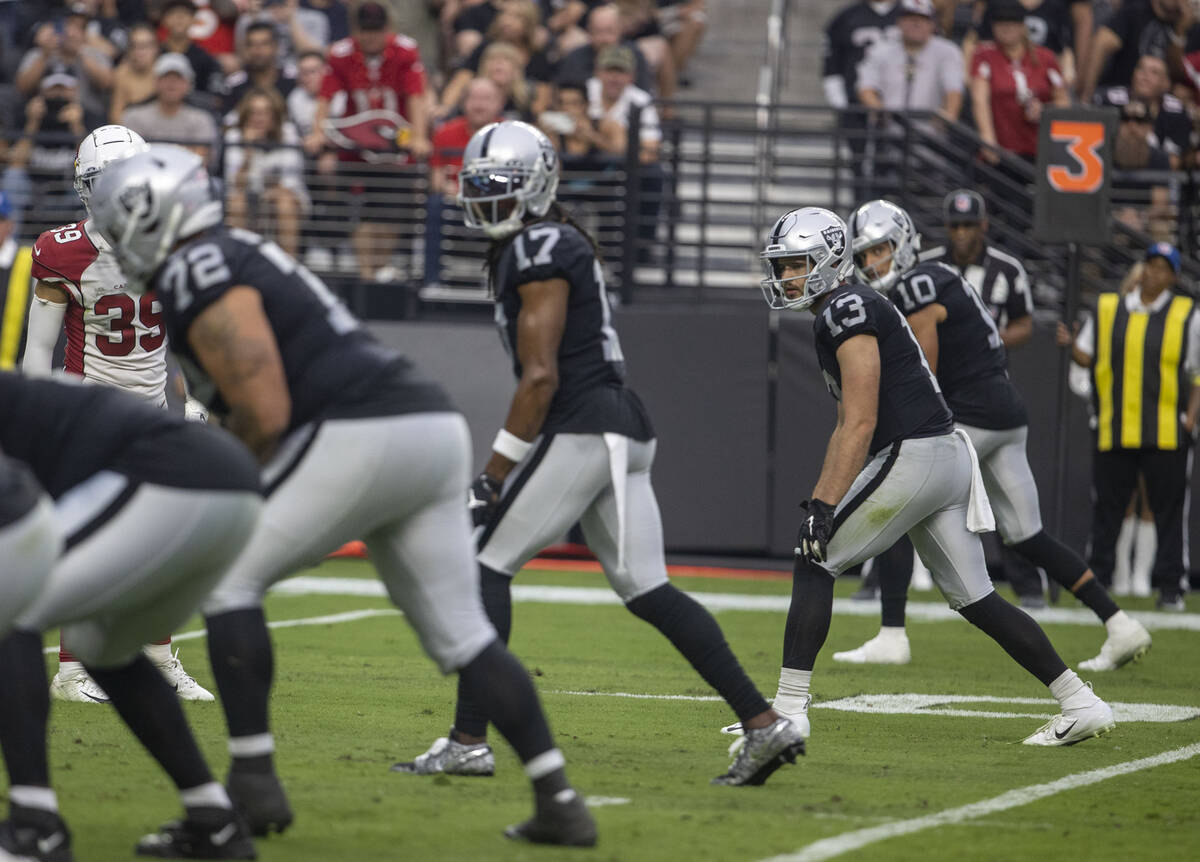 Raiders wide receivers Davante Adams (17), Hunter Renfrow (13) and Mack Hollins (10) line up on a third down play during the second half of an NFL game against the Arizona Cardinals at Allegiant Stadium on Sunday, Sept. 18, 2022, in Las Vegas. (Heidi Fang/Las Vegas Review-Journal) @HeidiFang

Daniel Carlson is one of the NFL’s best place-kickers. He has made 31 straight attempts and never missed in a game at Allegiant Stadium. He’s absolute money.

And when the Raiders enter the red zone, he’s the last person they want to see jogging in from the sidelines except to kick an extra point.

Problem is, he’s booting for three points way too often.

It hasn’t changed from recent seasons, the inability to cash in with touchdowns when reaching a part of the field every offense desires.

In beginning the season 0-3, the Raiders rank 26th in the league in red-zone efficiency at 46 percent. They often treat those 20-yard quests for touchdowns like they’re from 40.

Or maybe that’s just because of those untimely penalties.

It’s never one thing but almost always a lack of execution. The Raiders emphasize a red-zone attack daily. They practice it. It just hasn’t translated much to six points.

Things shouldn’t be this poor. This ineffective. Not with the skill of an offense that includes wide receiver Davante Adams and tight end Darren Waller. Not with a nine-year starter at quarterback in Derek Carr and a competent running back in Josh Jacobs.

Not with — when healthy — Hunter Renfrow as a slot option.

But history is pretty clear: You reach the end zone and score touchdowns enough times from September to December, you’re playing in January. Settling for three too often rarely follows such a trend.

The Raiders have good enough red-zone matchups. That’s not the issue.

It’s not a lack of opportunities. There have been plenty of those.

First, you have to take advantage of scoring on the ground close in when there’s an opportunity.

Think about it: Of 11 trips inside the 5-yard line, the Raiders have called just two running plays and nine via the pass.

“Yeah, there’s really never one thing,” said coach Josh McDaniels, whose team hosts Denver on Sunday. “I look at a couple opportunities in the running game we had to potentially put it in before it got to a third-and-goal. And then it comes down to those, we call them four-point plays. Third-and-goal in the red zone — it’s a critical play no matter when it happens because it usually is a four-point swing.”

Consider: The Raiders had third-and-3 from the 6 early in the fourth quarter Sunday at Tennessee. They were chasing a 24-13 deficit.

And when Waller flashed open across the goal line, Carr saw him and delivered a more than catchable ball. But it went straight through the tight end’s hands and was intercepted in the end zone. Drive stalled. Red-zone failure.

“We believe in what (McDaniels) is saying, and we see it the way he’s saying it,” Carr said. “But, yes, I’m confident that it’ll get better. Now, where does that confidence come from? It comes from the work that we’re putting in and how hard we work at it.

“Guys are running until they can’t run anymore just to get it right. I’m confident that’ll get better, but we have to do it on game day.”

This isn’t a new concept. Has been this way for some time.

The Raiders struggle in the red zone.

The Broncos are built to stop it.