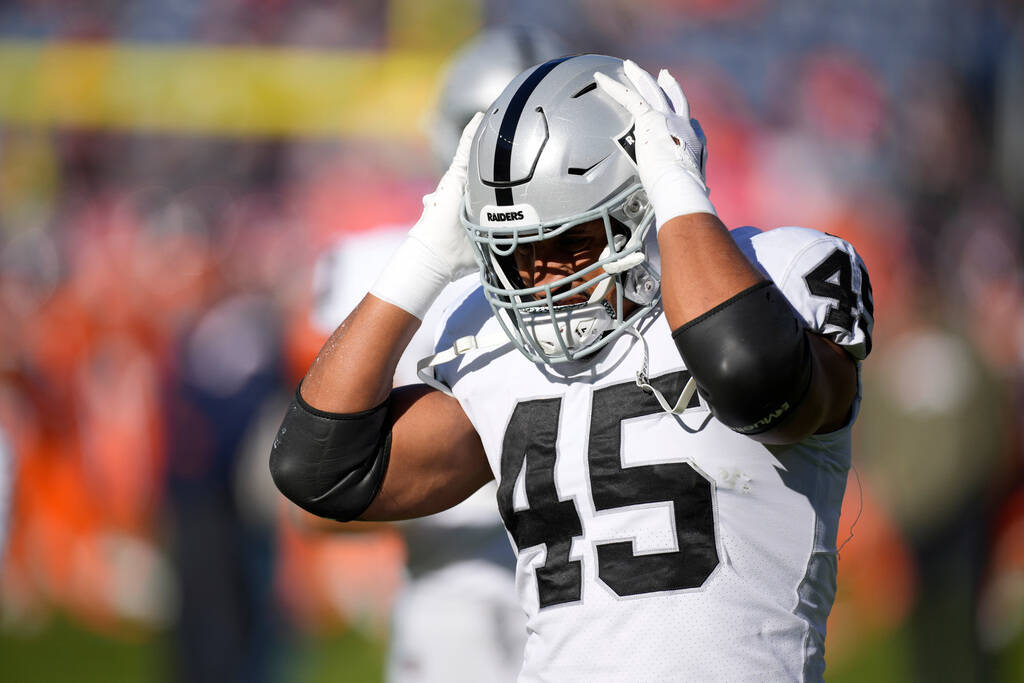 Raiders fullback Jakob Johnson (45) in the first half of an NFL football game Sunday, Nov. 20, 2022, in Denver. (AP Photo/David Zalubowski) 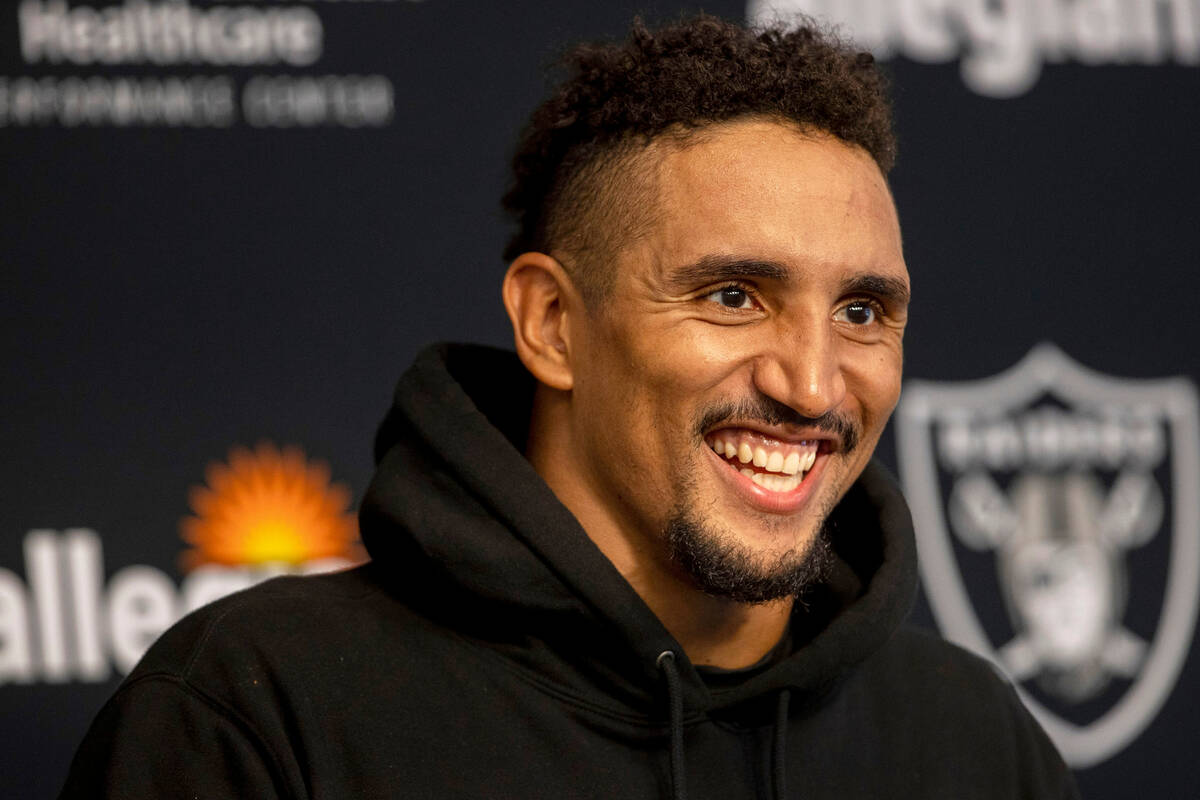 There aren’t many left. Maybe not yet dinosaurs but scarce just the same.

That’s the plight of a true fullback in the NFL.

You can count on one hand those teams that employ one. Well, one hand and a few additional fingers.

The Raiders are such a side and glad for it, content that what Jakob Johnson provides is more than worth the roster spot he fills.

He’s one of those non-stars who plays a significant role in the pursuit of wins, an important piece to the puzzle of a running game that ranks eighth in the league.

He’s physical and tough, characteristics he displays whether throwing blocks for running back Josh Jacobs, aiding in the protection of quarterback Derek Carr or on special teams.

Why is he so important to the offense run by coach Josh McDaniels when many teams have phased out the position?

Offensive coordinator Mick Lombardi says it allows the Raiders to control the line of scrimmage. That having Johnson on the field gives the team certain looks it can exploit.

Fullback Alec Ingold departed the Raiders for free agency. Johnson — born and raised in Stuttgart, Germany — was a player McDaniels and general manager Dave Ziegler knew well from their time with the Patriots.

“Listen, every yard (Jacobs) makes is a reward for me,” Johnson said. “I look at it that way. I don’t need stats. I have my role and I try to excel at it. When I see him take advantage of it like this and run for all these yards and touchdowns, it makes me happy.

“Honestly, I don’t look at (stats). I never have. For me, it’s just about what we do as a team. Do we win or do we lose? That’s most important.”

But what if he actually heard a run called for him in the huddle? How might he respond?

“I hope all of Germany is going to cheer for me,” he said. “Sometimes you get the ball and sometimes you block. Have to make the most out of every opportunity.”

Yeah. He blocks a lot.

He also doesn’t believe the fullback is being thrown to the side of pass-happy offenses as much as most. That there is brotherhood to those who play the position across the NFL.

The Raiders talk at length about being a tough team, about owning a certain level of physicality in all three phases. Nobody talks about the fullback all that often, but to a man this week a locker room full of grateful teammates praised Johnson for his work ethic.

About the guy who does much of the dirty work.

He played linebacker at Tennessee. Then tight end. Then defensive end. He was, by his own admission, all over the place. But he found a home at fullback in the NFL, a position that long ago produced some of the finest players in history. Like iconic ones.

Things changed over the last 20 years or so. Power run games were replaced by airing things out. You can score faster that way. But you still have those who buy into a fullback concept …

“It is kind of like having a different style for the opponent to have to get ready for in a quick week and have to learn how to fit two-back runs and deal with those kinds of things,” McDaniels said. “I would say, generally, (fullbacks) are becoming kind of outdated in the league. But if you have a good one, and we can be productive in that personnel grouping, I’ve always been a believer in it. And that’s why Jak is here.”

And they’re glad for it.