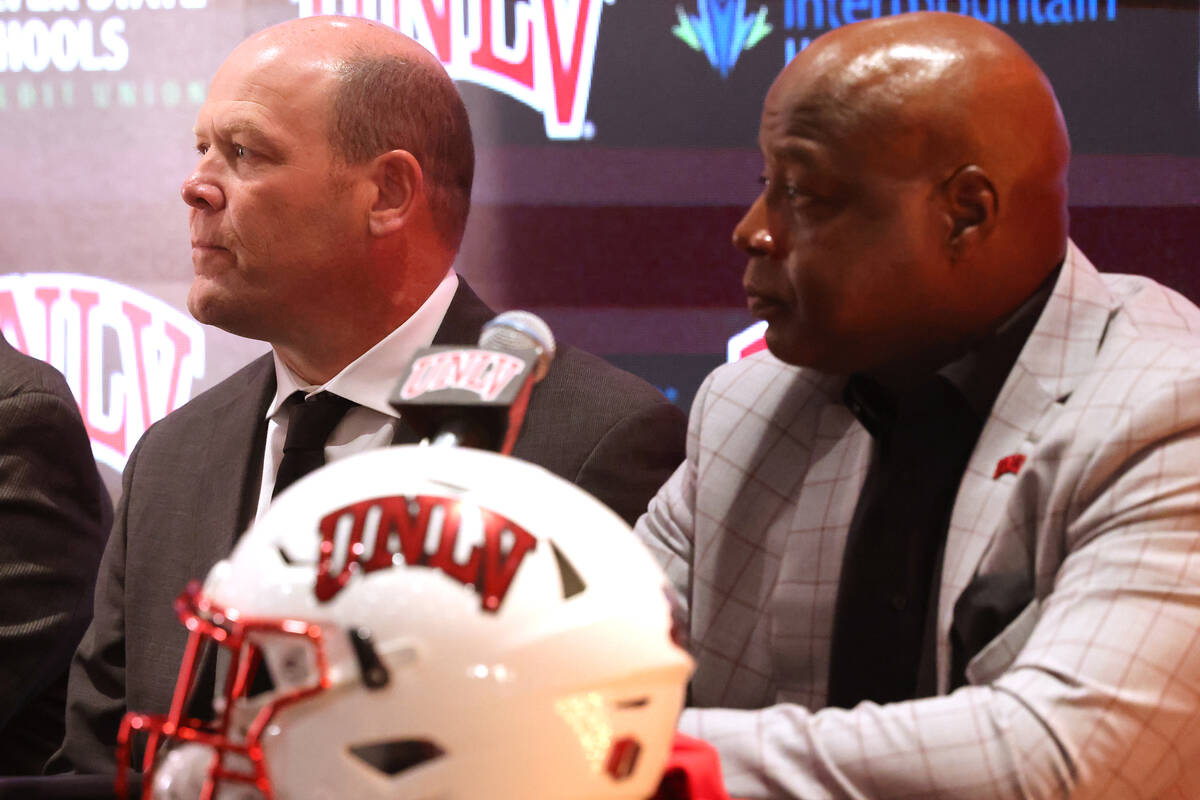 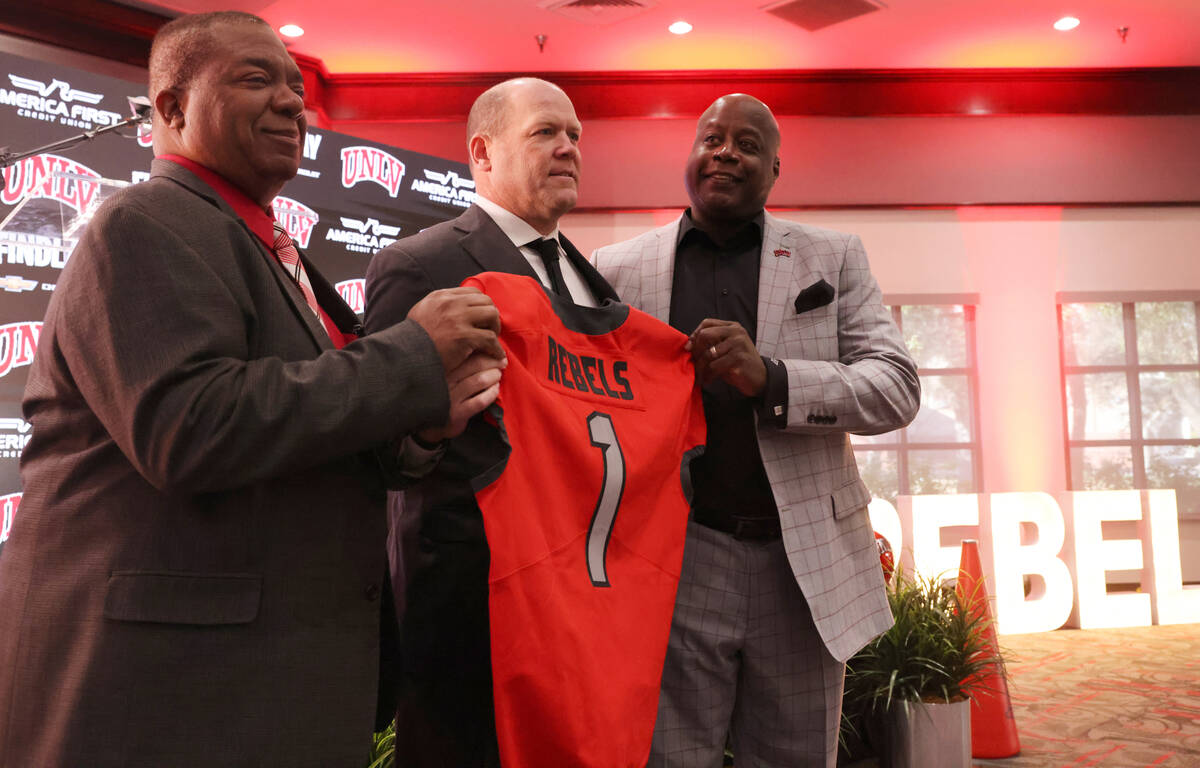 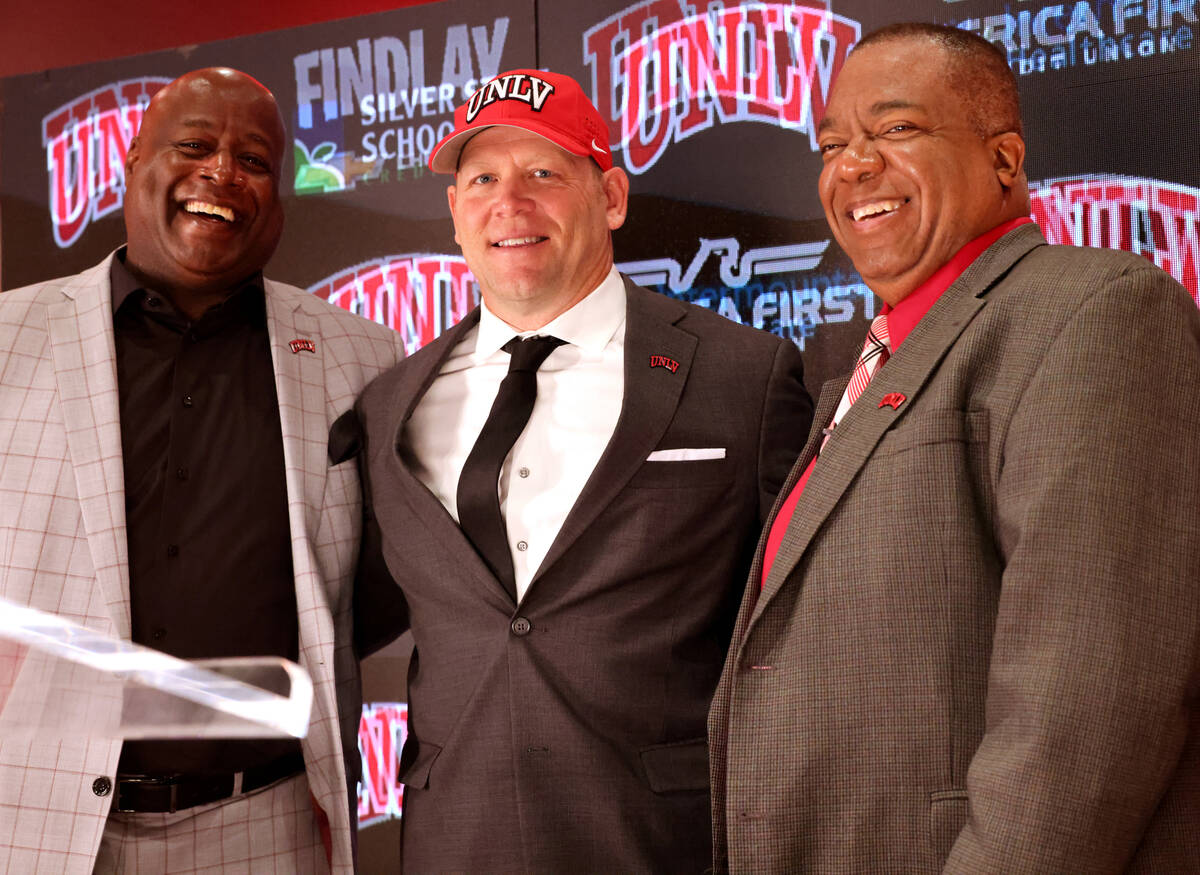 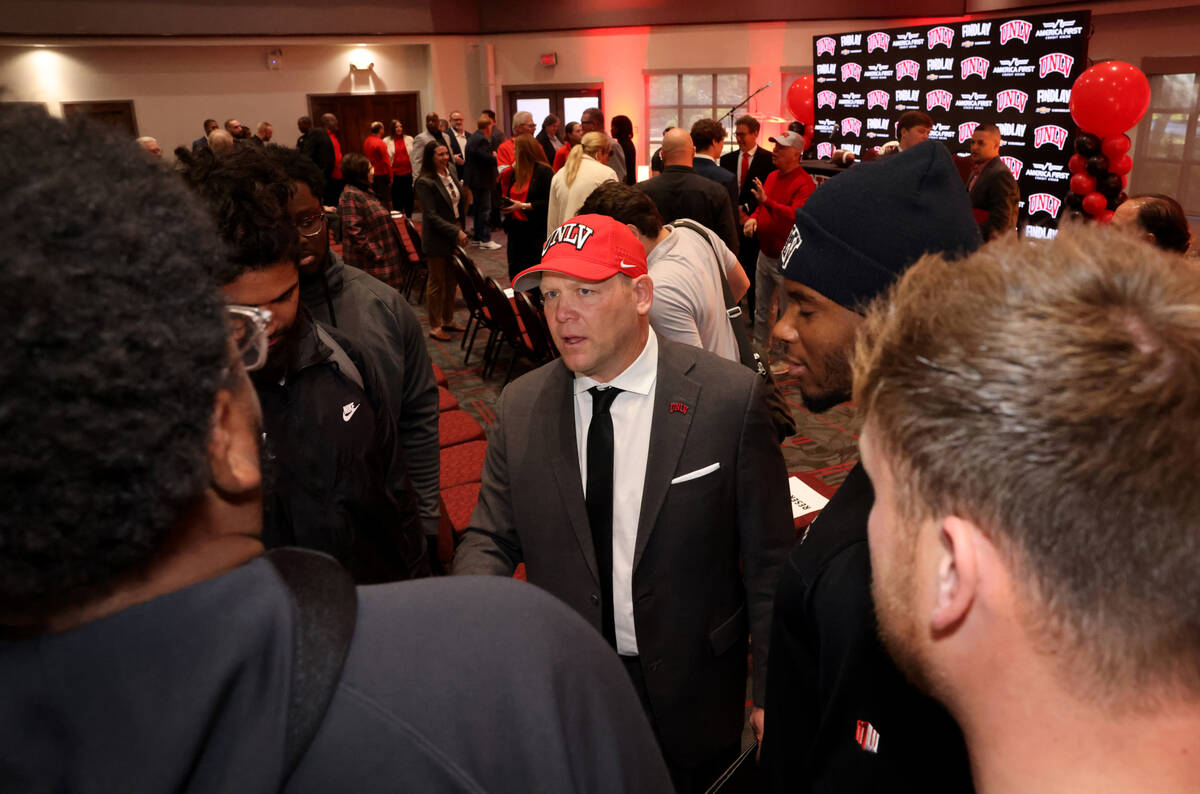 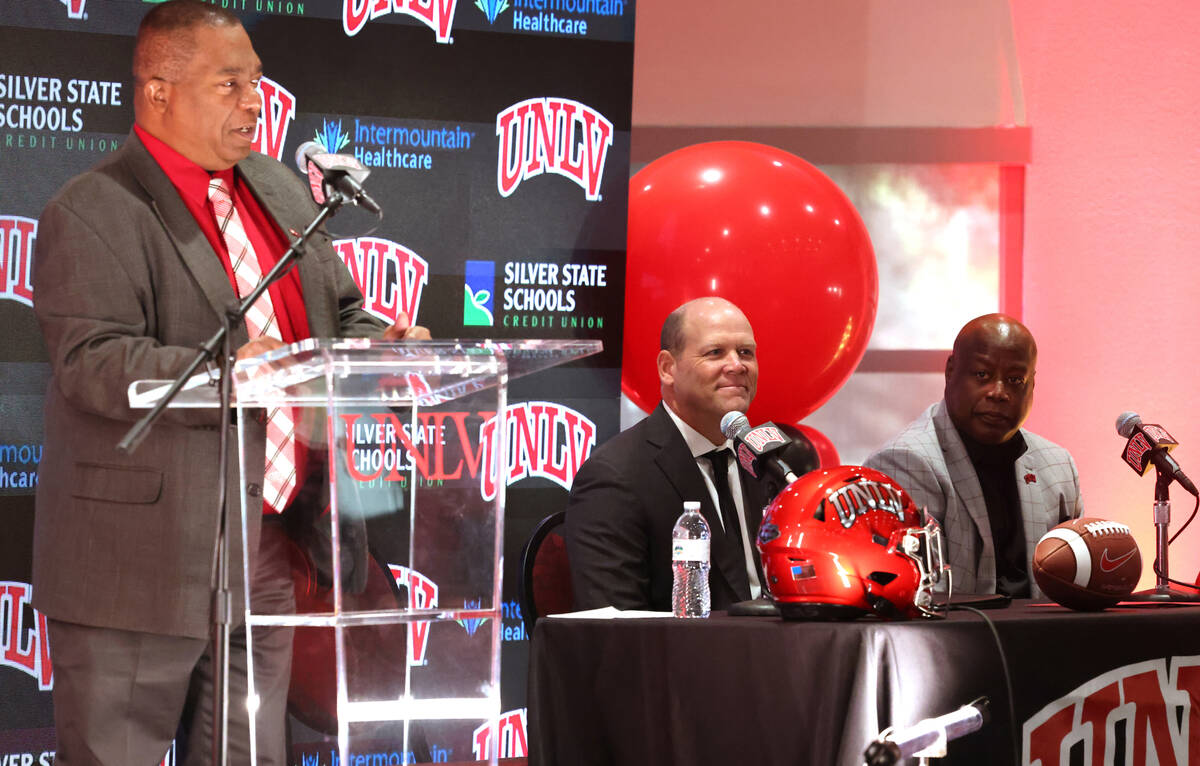 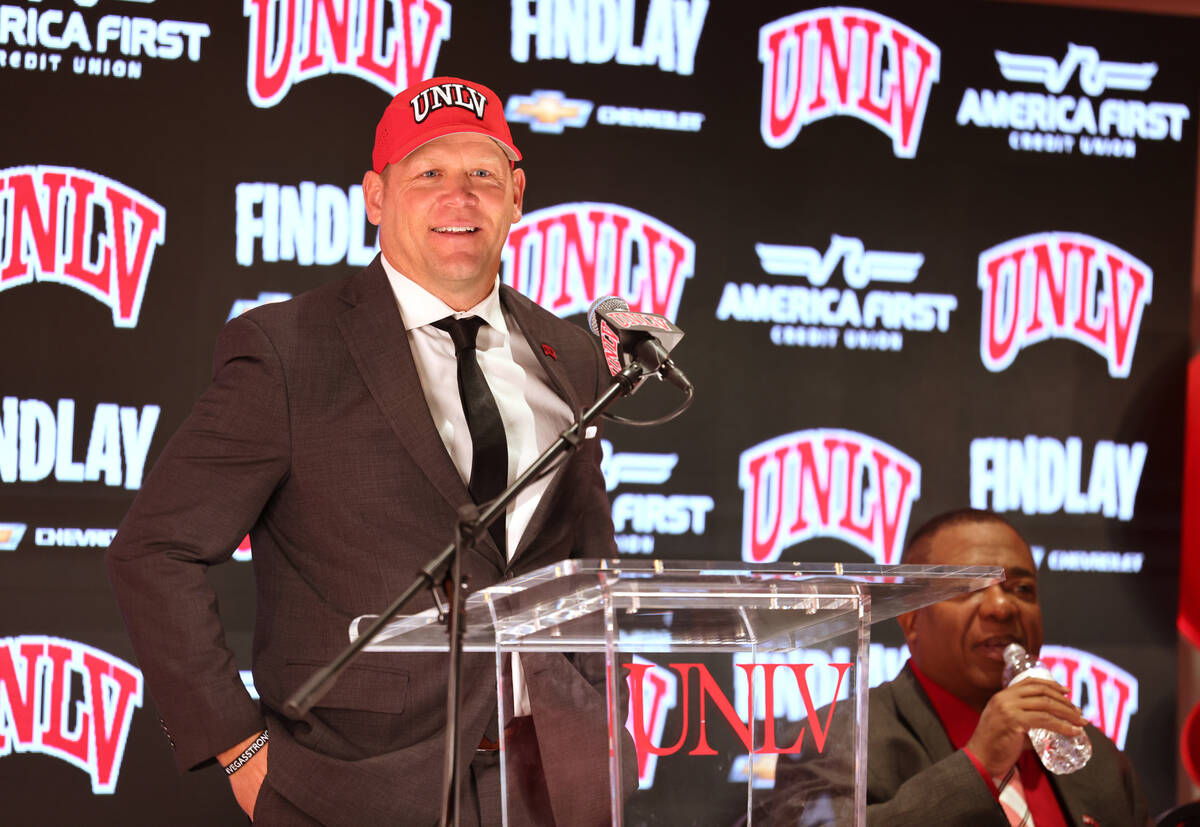 Barry Odom was introduced Wednesday at UNLV in front of a packed room at the school’s Richard Tam Alumni Center.

It didn’t take long to understand this: After three years, this football program finally has a head coach.

Odom couldn’t have impressed more in his maiden appearance in a program starving for any level of consistent success.

Which means absolutely nothing Thursday when the work of his new job begins.

To hear Odom, such labor will begin at home. It’s a basic but significant premise: Recruiting bases should start with and encompass those schools closest to your program.

It wasn’t with the previous one.

Odom was adamant more than once about his desire to recruit locally and not allow the city’s best players to go elsewhere. He mentioned such in more than a few statements. Said he wants to connect with prep coaches, wants them at his practices, wants recruits to understand UNLV can be their team.

Seems he has begun the process.

“They already reached out and set a meeting to come by the school,” said Liberty High coach Rich Muraco. “That’s pretty awesome. I’ve never had a UNLV coach reach out and set something up that quick. That’s definitely a great first impression for me.

“Smart football people realize that when you’re in a state with some talent, you have to keep that talent home. You can’t let it leave. You’re always going to lose out some to the really big schools. But if UNLV could follow the Houston model — where you just build a fence around the city and say every good kid is going to stay home — that’s how you build a team.”

Odom’s résumé — former head coach at Missouri, defensive coordinator at Arkansas — lacks many West Coast ties. But he has recruited the region and said he will hire assistant coaches with experience in it.

There is also the ultra important transfer portal, of which more than 1,000 names entered this week. This is college sports now, whether searching for starters or depth. This is a coach’s reality and he has to be overly attentive to it.

“We’re going to recruit the city and make sure they know UNLV is where you’re supposed to go when you’re a great student-athlete in Las Vegas,” Odom said. “I’m going to make sure we make our point loud and clear. I have to do a great job building relationships in this area. I have to outwork people.”

His strategy on the portal: That while an initial goal is to recruit those already in the program not to leave and to develop and grow and build around high school recruits, if there are transfers who align with UNLV’s culture, the Rebels will be as active as possible. What he doesn’t want is a string of one-year players cycling in and out of the program.

But you also want to win. The portal must be respected in a way that you’re constantly monitoring it for potential talent. Just the reality of things now.

I don’t know how well Odom will fare as UNLV’s coach. Nobody does. But his insistence to begin the recruiting process in Las Vegas is the right approach. It obviously doesn’t end there. You have to expand such a reach throughout the West and in some instances nationally.

And yet however things are initiated, the ultimate goal should never change.

“I feel the urgency to win and win now,” Odom said. “I feel that even stronger after meeting with the team. I’ve got a great respect for (athletic director Erick Harper). We spoke in detail about wanting to win and win now and our urgency is to get that done.

“Every year is a rebuild, but that doesn’t mean it’s a rebuild and not have success. My goal is to take this team and go win and go win immediately.”

The press conference is over.