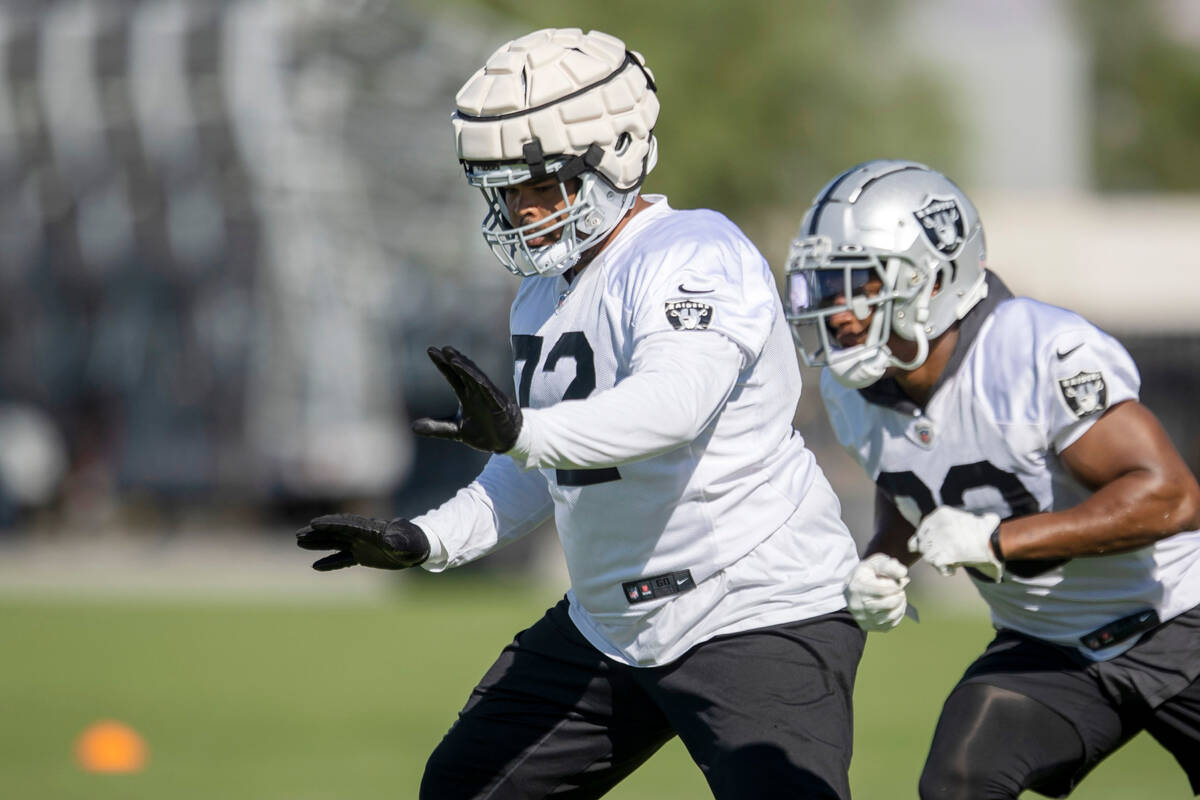 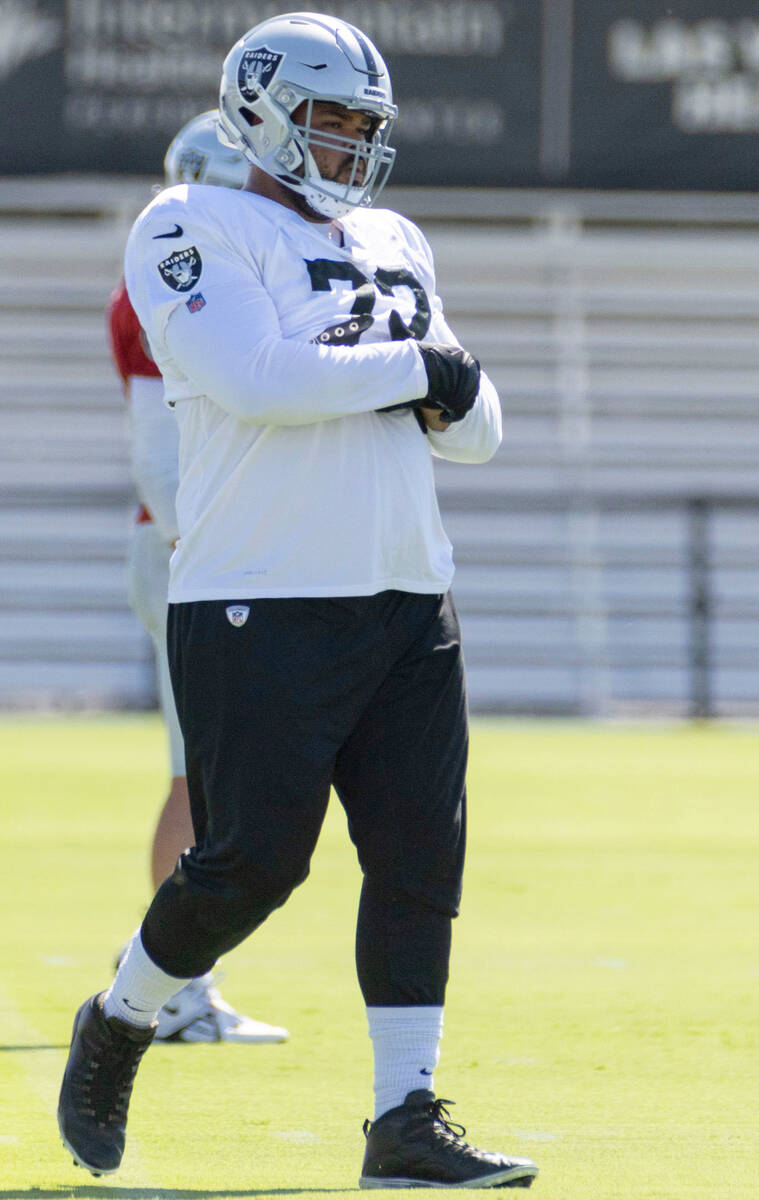 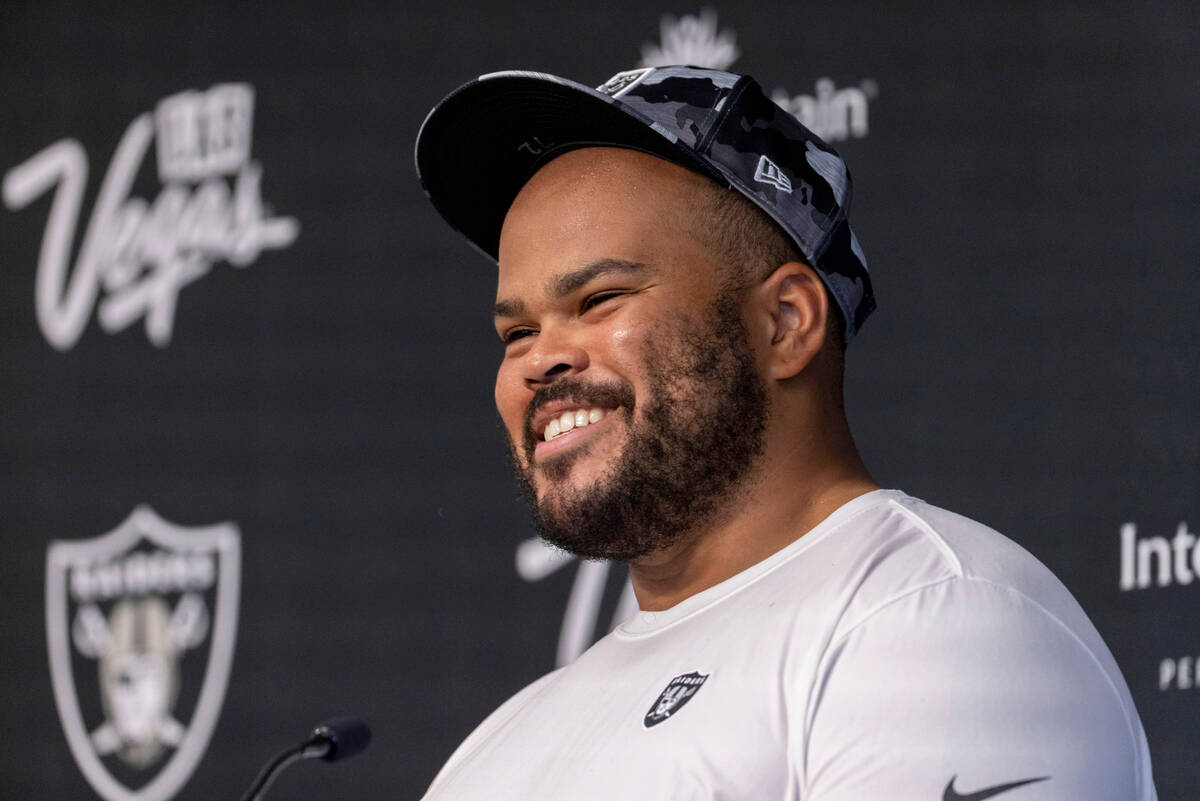 Jermaine Eluemunor is the clean slate.

He’s the perfect example of what Raiders coach Josh McDaniels has preached since arriving in January. That competition is absolutely legitimate at most spots.

That even a player such as Eluemunor, who has underachieved (all his doing) along the offensive line over a six-year NFL career, has the opportunity to turn heads and change minds.

Fact: A new staff really doesn’t have any level of loyalty to a roster, other than perhaps those for which they sign or acquire via trade.

But it’s one thing for a coach to say there is a level of compete. It’s another to actually follow through. McDaniels seemingly is.

The Raiders and Patriots begin two days of joint practices Tuesday, and you can bet Eluemunor will know a bit about the competition. He spent two years in New England with McDaniels and new Raiders general manager Dave Ziegler.

“For my career, I kind of just wasn’t as serious as I should’ve been, whether it was nutrition, weight, mentality, I wasn’t all in,” Eluemunor said. “Josh coming, knowing who I was and who I am — I’ve benefited a lot from that. Just being able to re-create myself this year and create the type of player I am and person I am has been really good for me.”

He didn’t take advantage of his opportunity with the Raiders last season, replacing an injured Denzelle Good at right guard in the season opener and lasting three games before being benched.

He certainly didn’t take advantage of it in New England.

He was a blob. Plump. Slow. All his words. Not able to sustain much of anything. Needed oxygen when he arrived to the sideline after a long drive.

He was drafted by Baltimore in the fifth round in 2017, eventually started at guard and lost the spot. He was traded to New England, actually started at tackle in 2020 for four games, was overweight and got hurt.

Now, he is trying to earn a job at right tackle for the Raiders, a swing lineman who could also play inside if needed. He played both tackle spots Saturday in a 15-13 victory at Miami.

This is what management hoped for when signing him to a one-year contract — a motivated Eluemunor.

They want it from everyone.

“I think that matters to all of them,” McDaniels said. “The best thing you can tell them is that they’ll determine how this goes. If you’re a player, I think that’s all you’d ever want is an opportunity to compete to play.

“They’re all here to play — they’re not here to watch everybody else play. They know that they have a chance. They know that what they do on the field every day matters.”

Think about it: The Raiders cut to 85 players last week, and one of those let go was wide receiver Demarcus Robinson. He’s a seven-year veteran who won a Super Bowl in Kansas City.

But his resume wasn’t part of the deciding factor. Nor should it have been.

There might be several jobs open, but they won’t be filled by those who don’t earn them.

“In my eyes, this is my last opportunity to become the player I really want to become or I’m just going to be a backup for the rest of my career,” he said. “I’m doing everything I can to make this happen.

“Not everyone is lucky enough to get as many opportunities and chances like I have. If I don’t achieve what I want to achieve, then that’s my fault.”

Ed Graney is a Sigma Delta Chi Award winner for sports column writing and can be reached at egraney@reviewjournal.com. He can be heard on “The Press Box,” ESPN Radio 100.9 FM and 1100 AM, from 7 to 10 a.m. Monday through Friday. Follow @edgraney on Twitter.