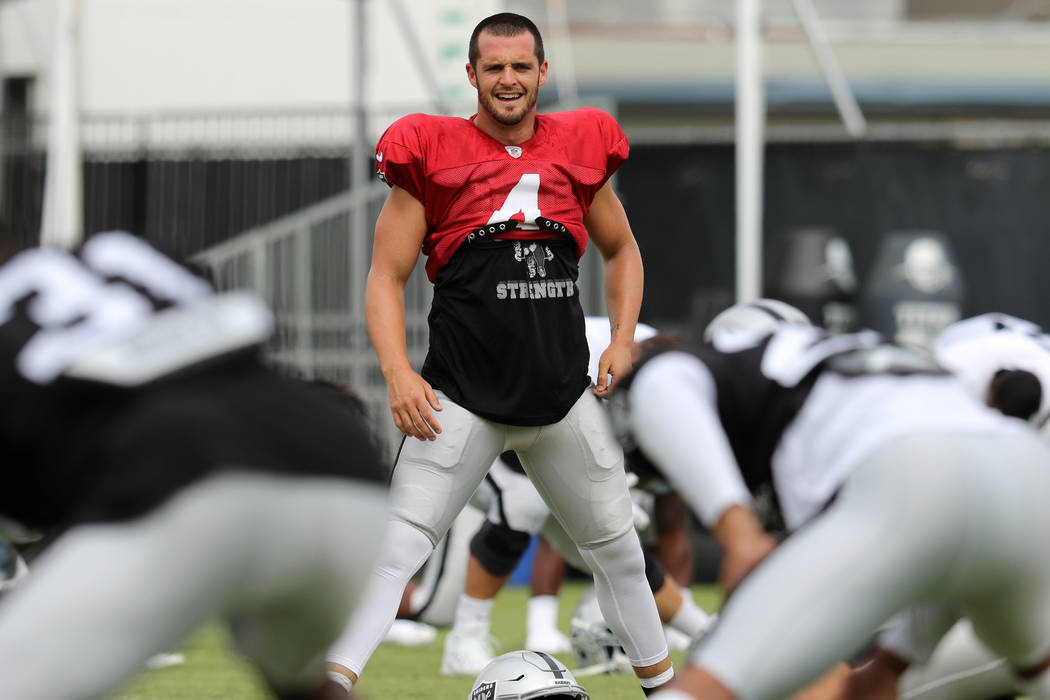 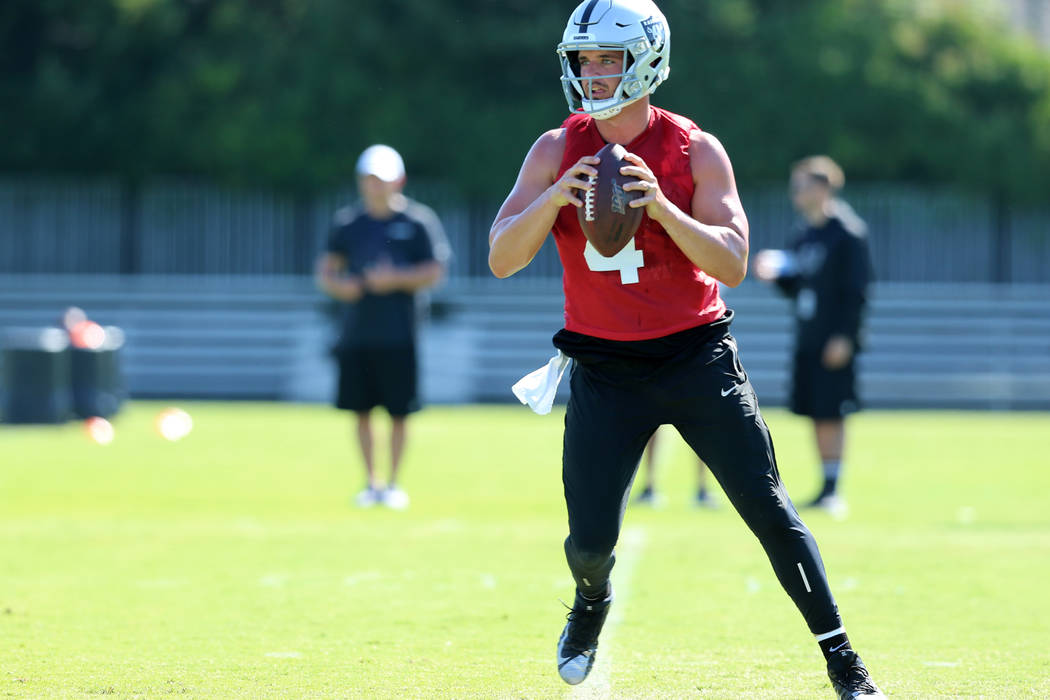 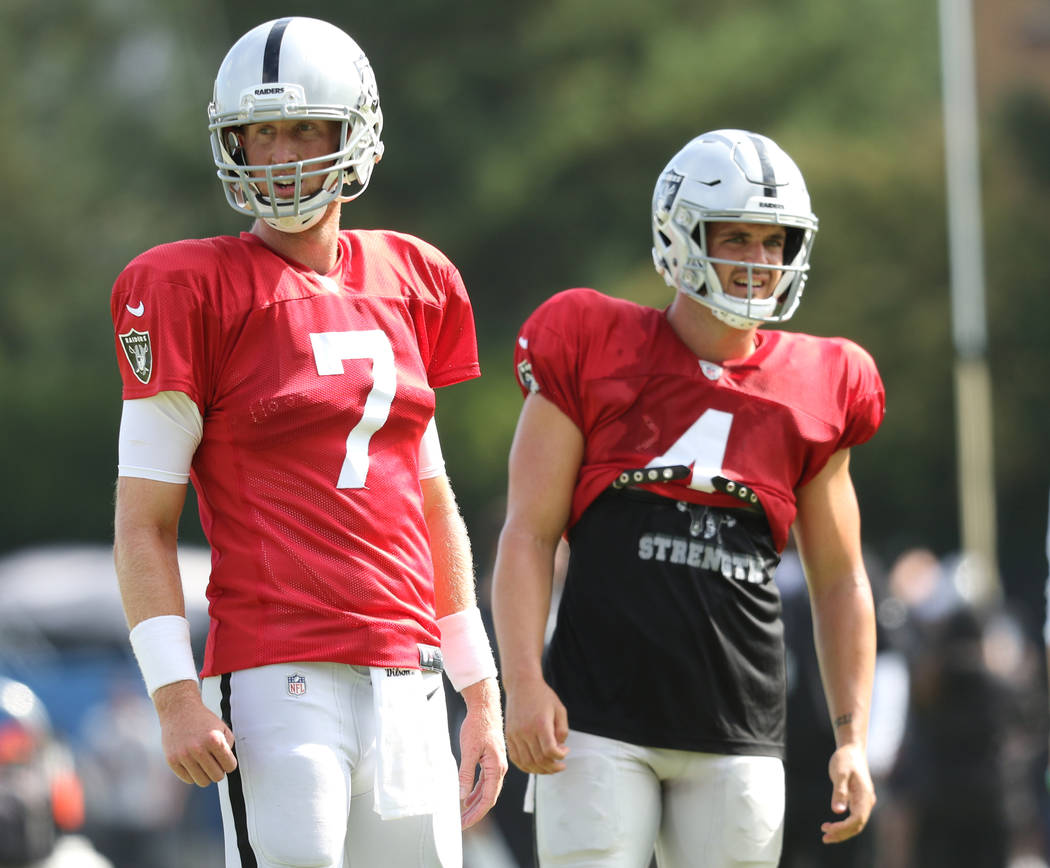 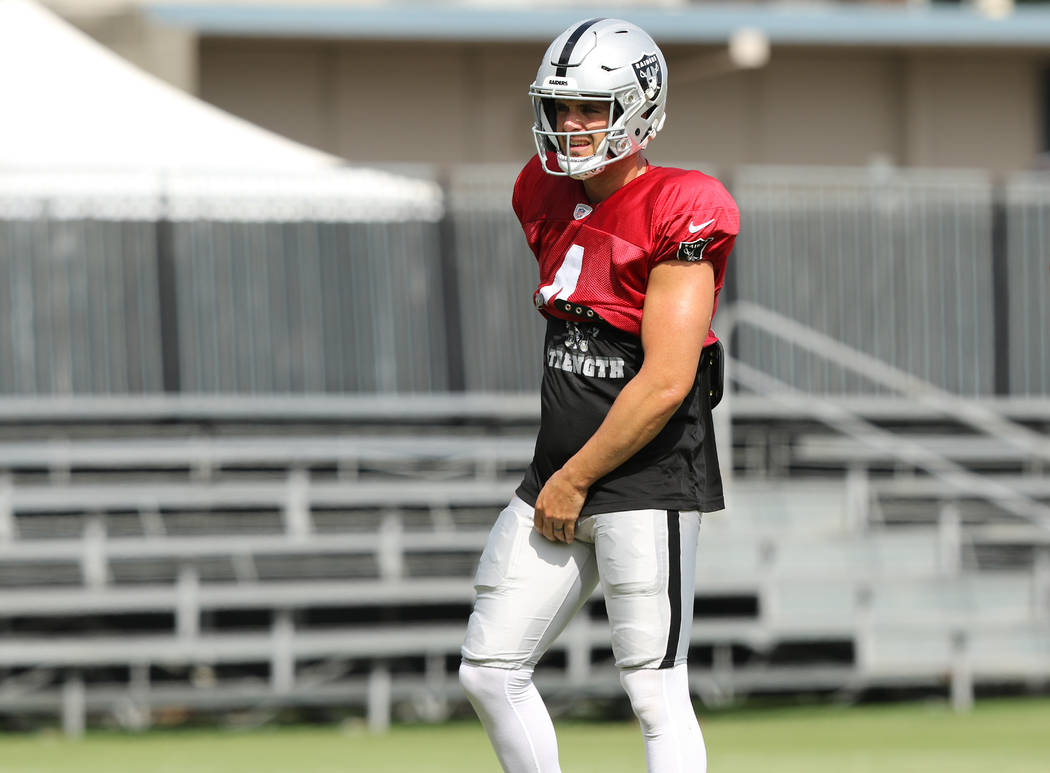 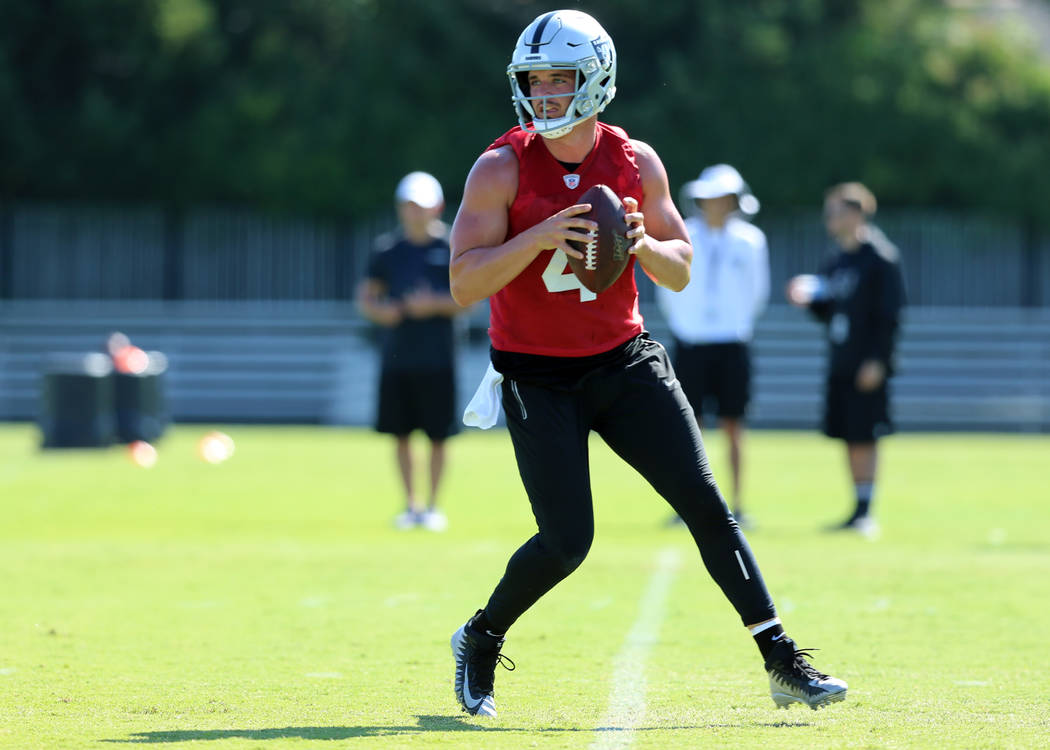 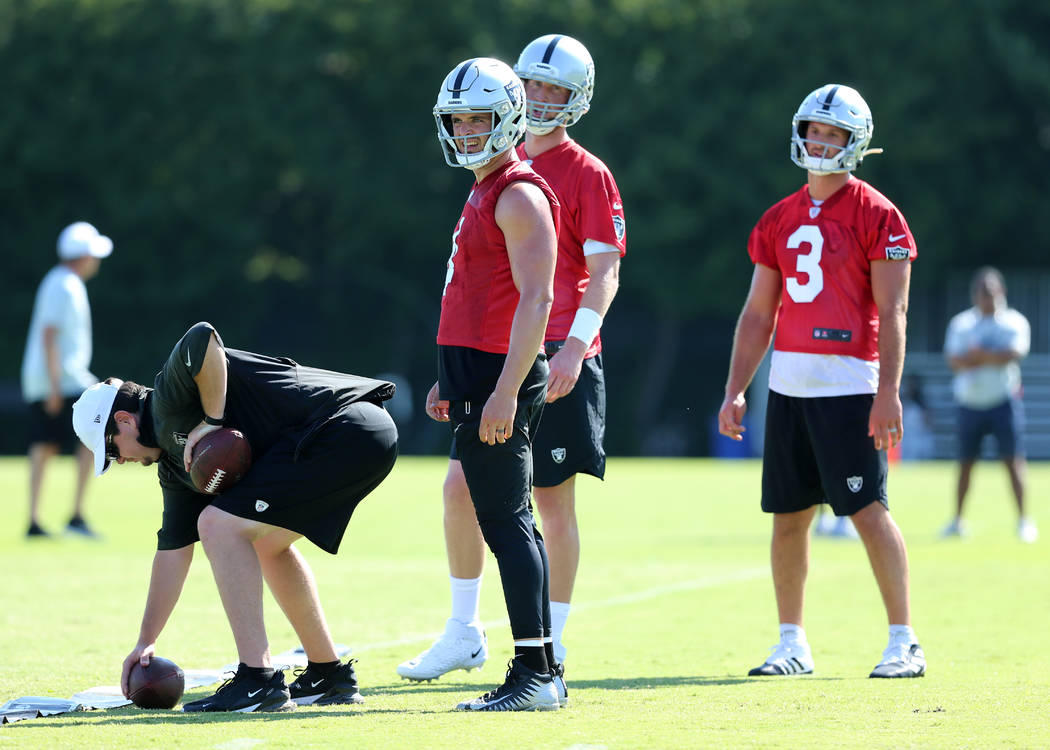 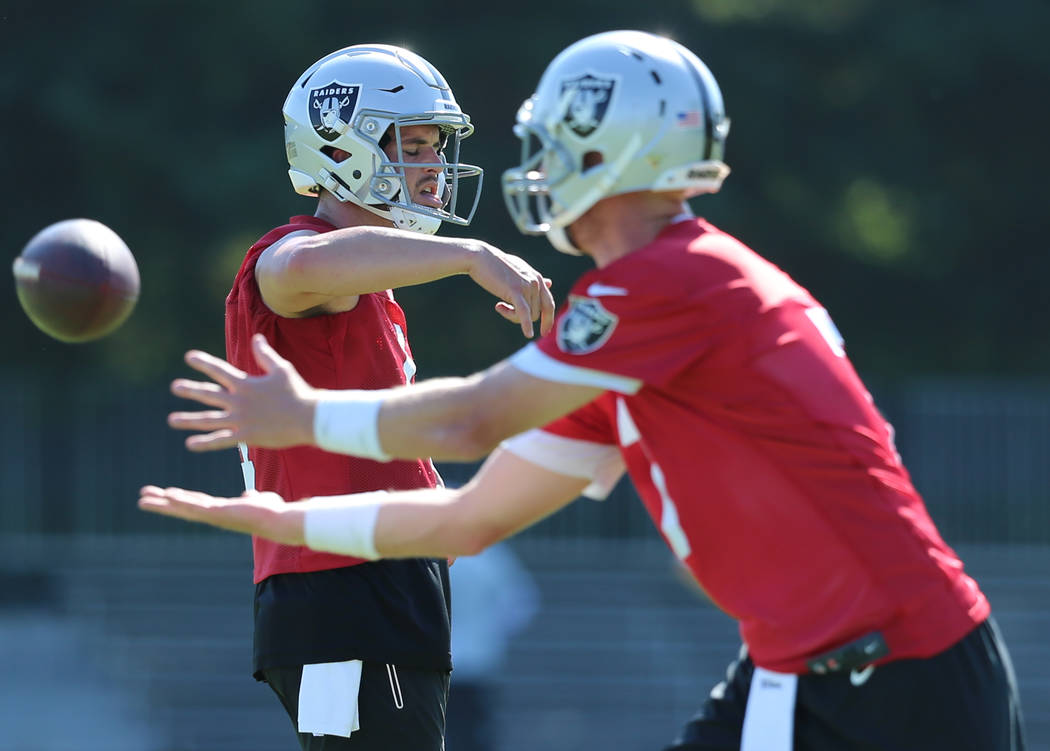 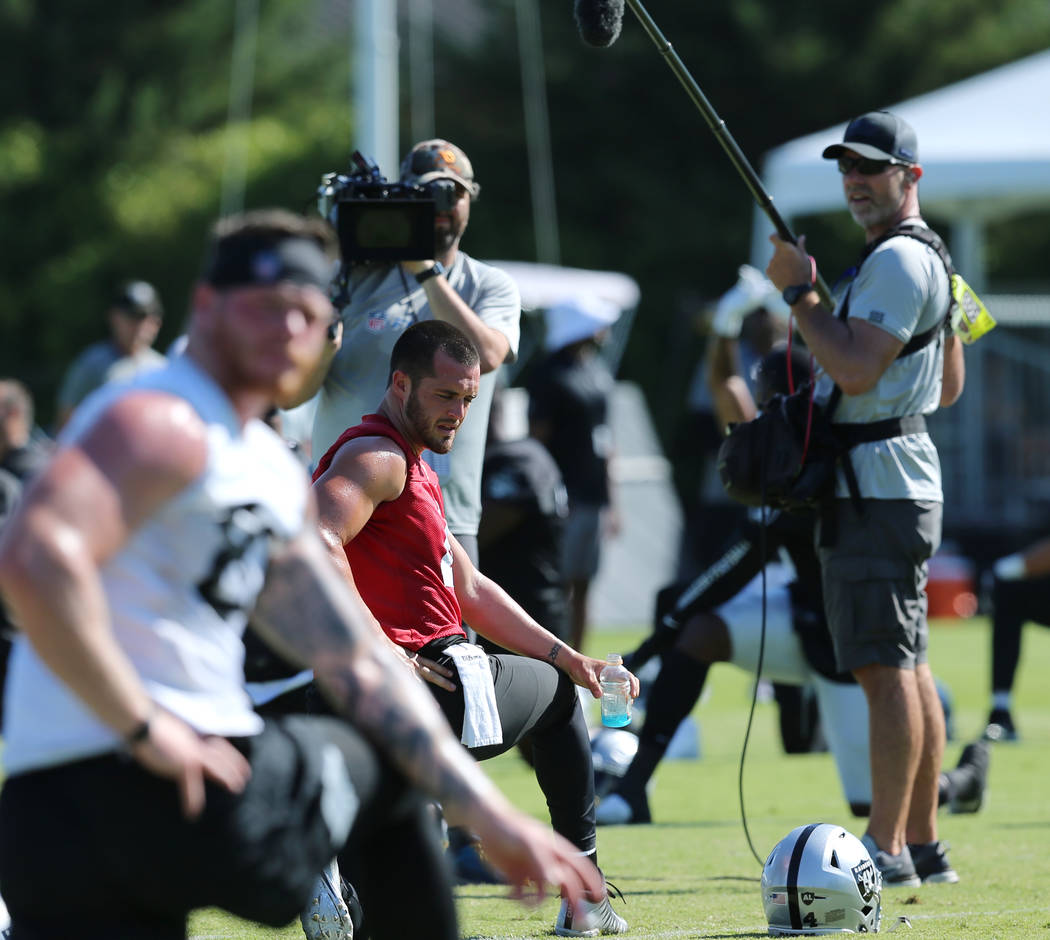 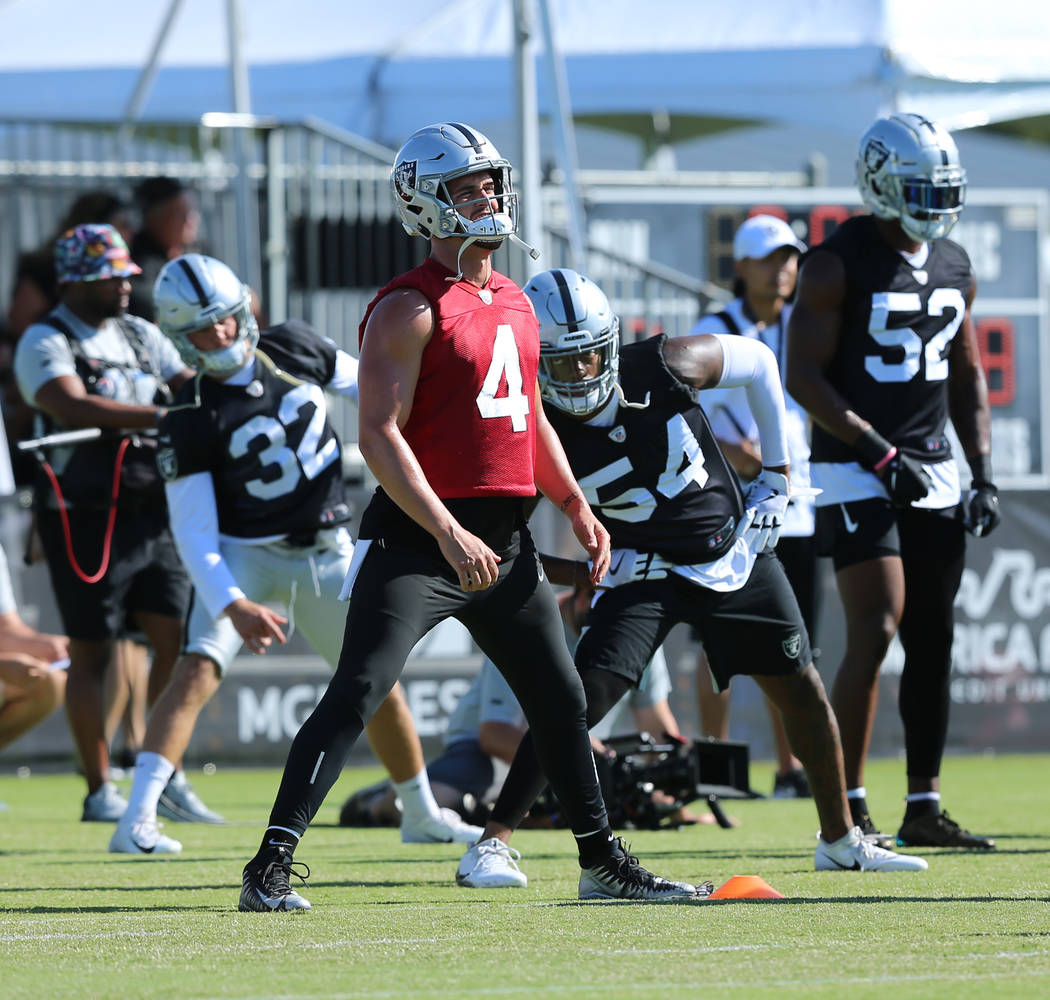 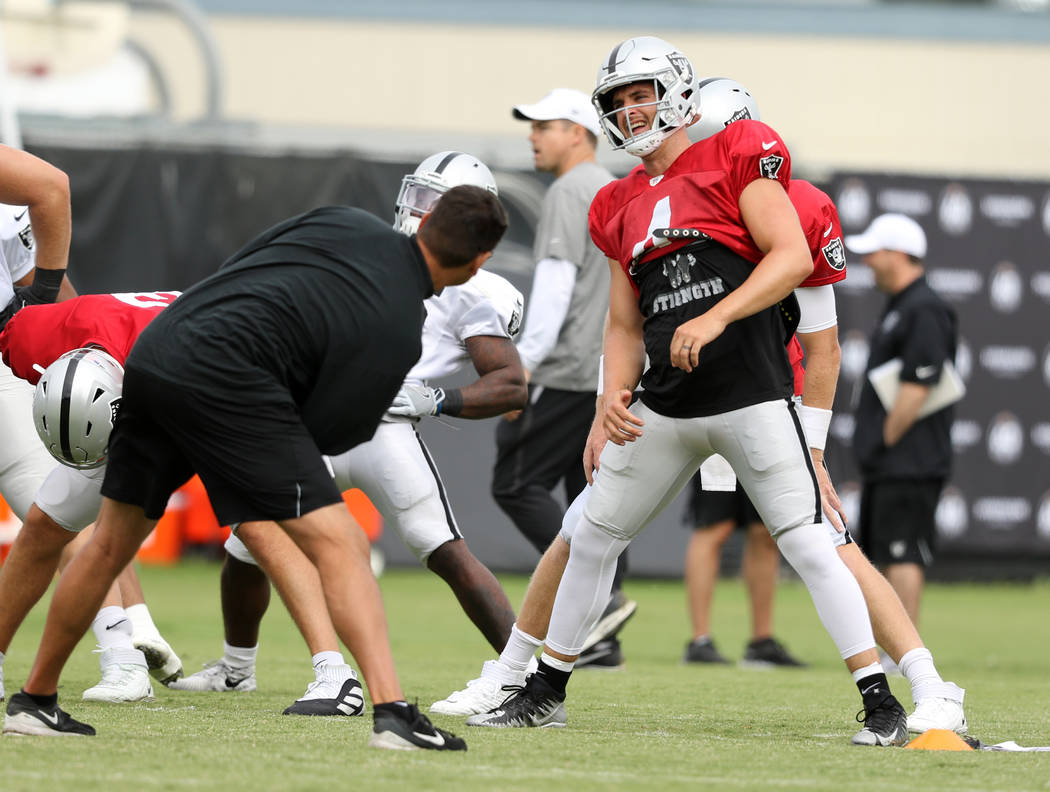 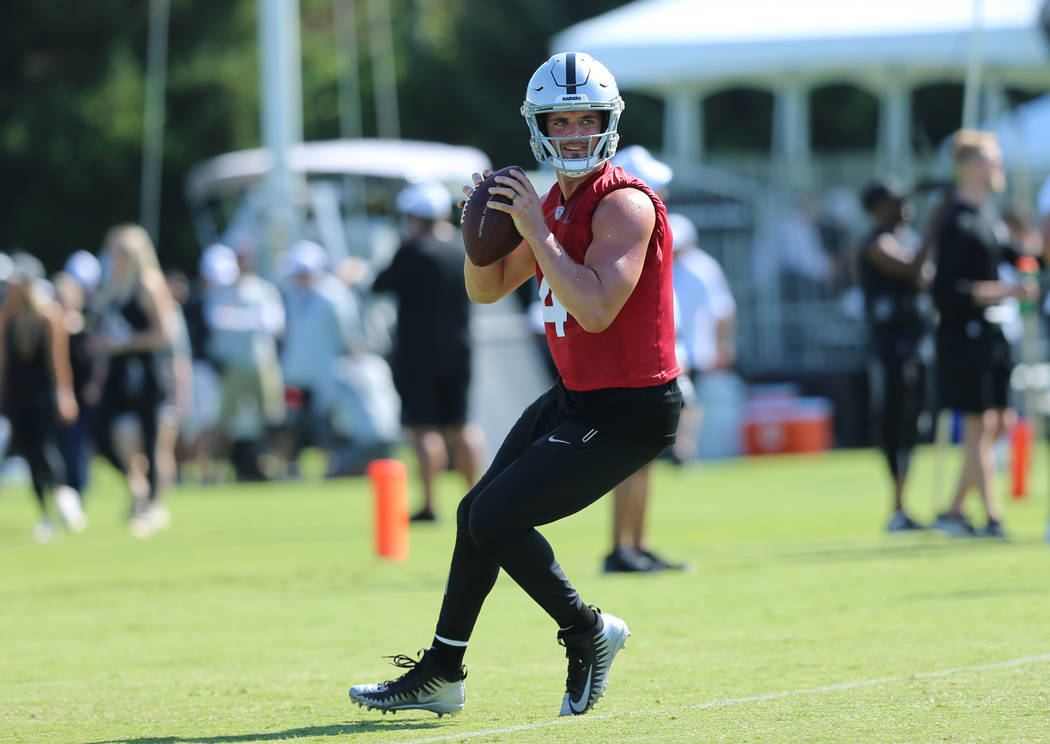 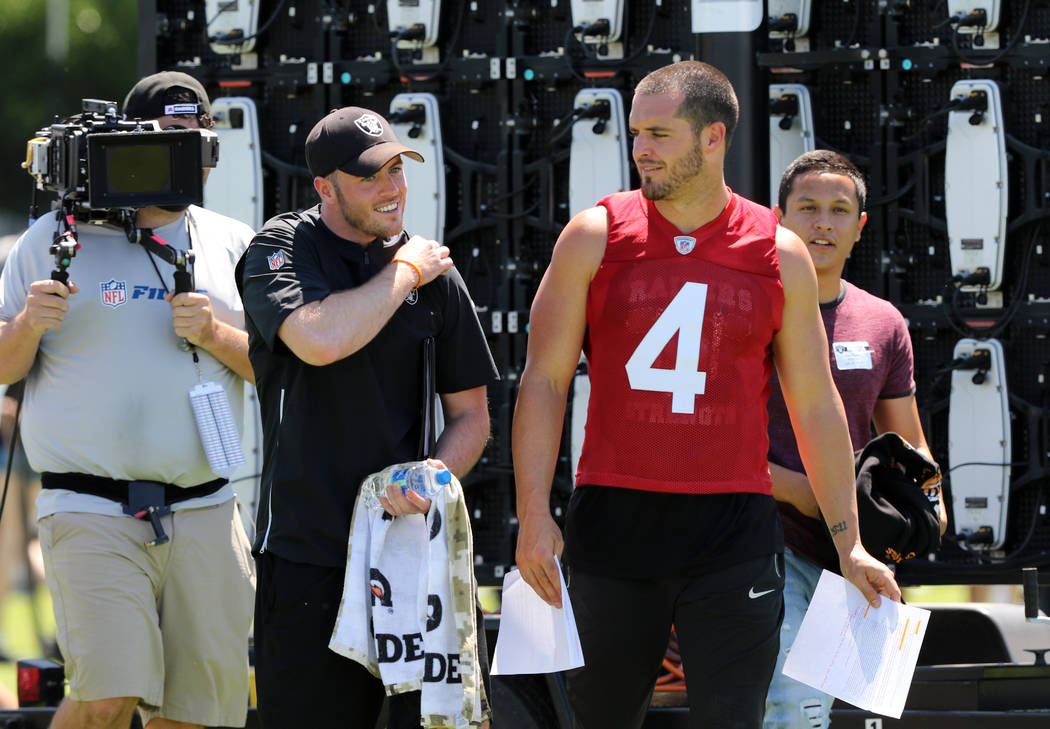 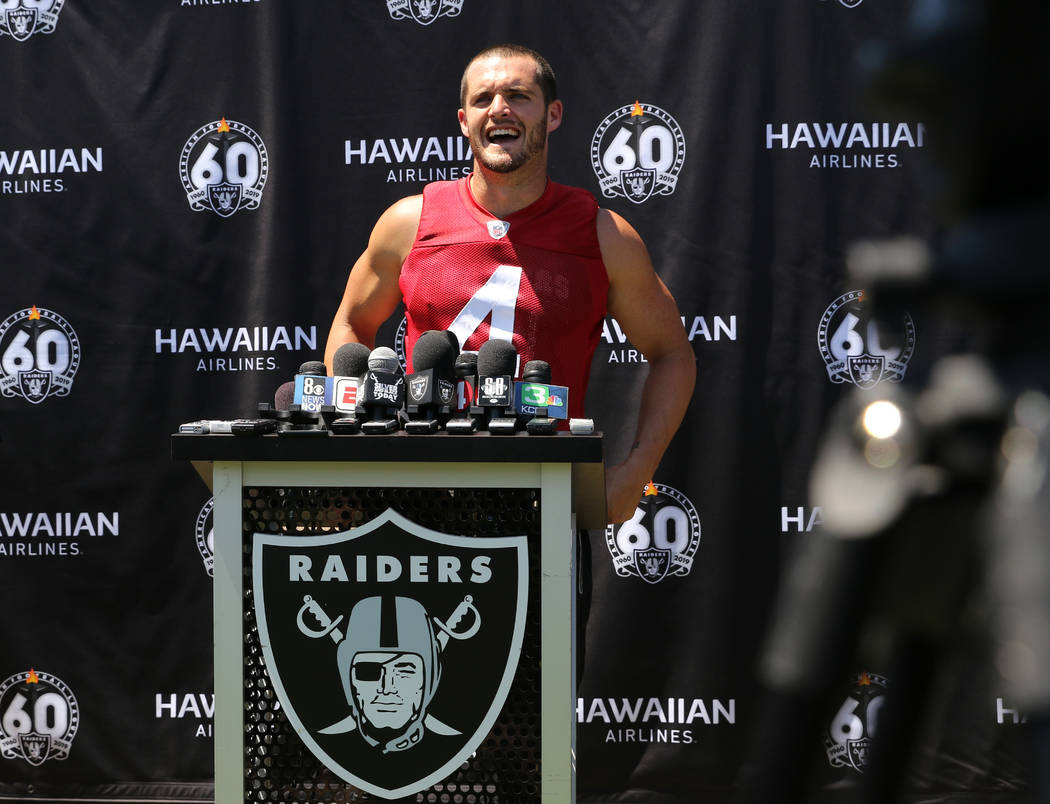 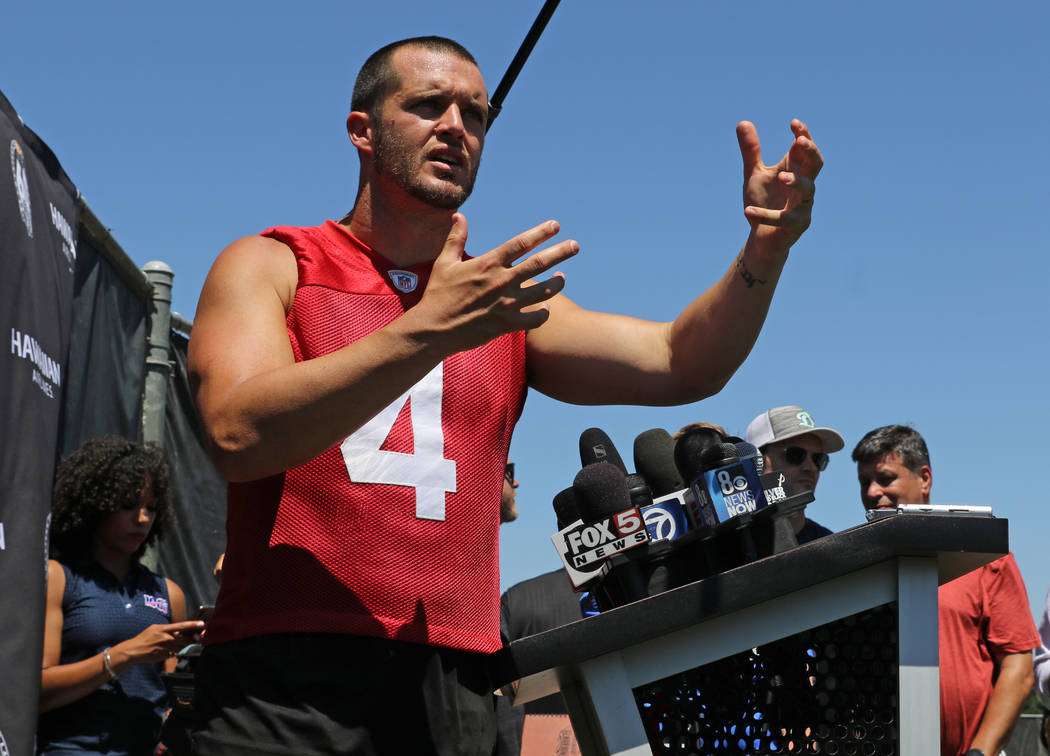 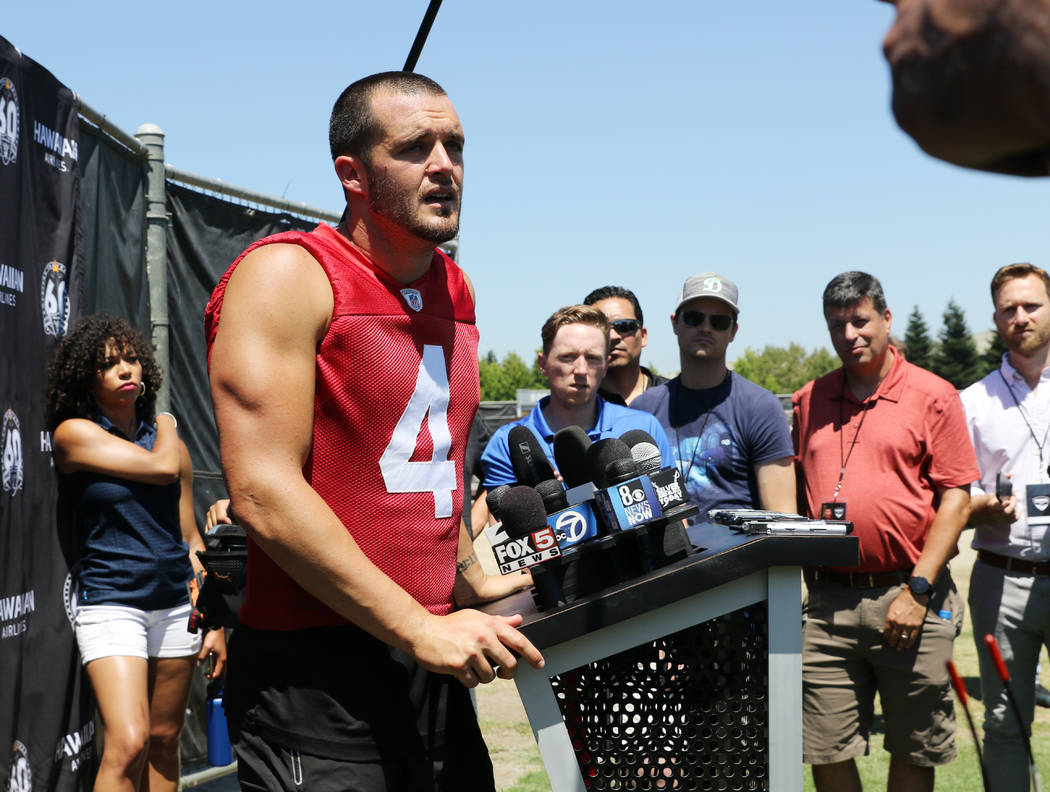 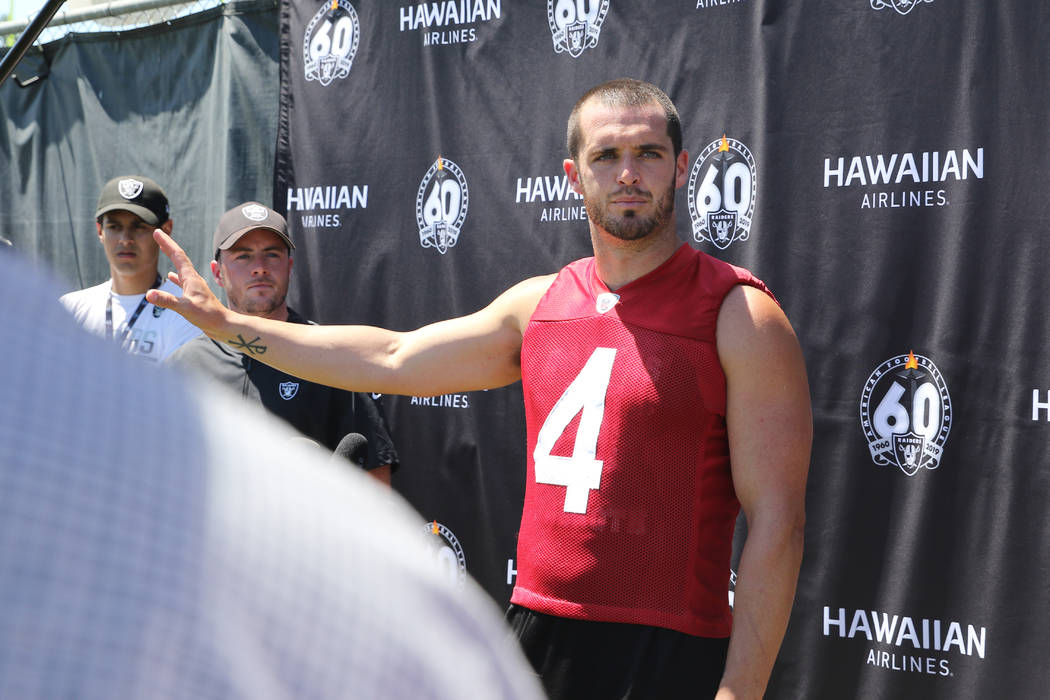 NAPA, Calif. — It’s as if they drove the old beater into a car lot and traded up for something new and shiny, more than modestly fast and with enough grip to handle the tightest of corners at a generous speed.

The Raiders followed a forgettable 4-12 season in 2018 by upgrading those bodies around their franchise quarterback, whether it be the behemoths in front of him or elite skill to his outside.

It means the onus falls on Carr to, in his sixth NFL season, take advantage of such additions and ensure an offense that ranked an unspectacular 23rd last year produces at a much higher level.

For this, some have termed the impending season make or break for Carr.

Shouldn’t that be Vegas or bust?

In the spirit of the town his team will call home in 2020, odds favor Carr still running things offensively when the Las Vegas era kicks off — he was a broken ankle away from possibly being named league MVP in 2016 and threw for a career-best 4,049 yards last season while playing behind an injured and makeshift line and with few weapons to contribute.

But even in a league where most starting quarterbacks are treated as precious gems by those who employ them, Carr plays for both a head coach (Jon Gruden) and general manager (Mike Mayock) who inherited the former Fresno State star and his massive contract, which runs through 2022 at a base salary of nearly $20 million annually.

They also provided within the offseason names such as Antonio Brown and Tyrell Williams and Josh Jacobs and Trent Brown and Richie Incognito to aid in potentially returning Carr to a level that led him to financial stability.

“Same every year, man, I’m the same way every year,” Carr said. “The fact that we added (pieces), my mindset hasn’t changed … It is what it is. It’s the NFL. We have to win this year. Nobody cares about what’s after this. We have to win now.

“There’s never been a time in my life where I took the field and thought we were going to lose. Never … We want to turn around and win 16 games just like everybody in camp right now. Last to first. That’s everyone’s goal.”

You can’t overstate the importance of a Carr-Antonio Brown relationship working on the field, because if there is one thing (other than injury) that could derail the offense, it’s the most electric of new faces becoming unhappy or disenchanted with the person delivering him the ball after so much success with Ben Roethlisberger doing to the same in Pittsburgh for nine years.

But it’s also true Carr produced a 93.9 quarterback rating in 2018 while playing behind two rookie tackles, one of which (Kolton Miller) hobbled through most of 16 games with a bad knee. The team’s best receiver (Amari Cooper) was traded to Dallas in October.

Things were pretty dysfunctional and not anywhere close to Carr’s doing.

Now, you have a report in The Athletic where over 50 anonymous coaches and executives ranked Carr the league’s 20th best quarterback, some questioning his toughness and whether he can handle Gruden’s demanding style over a period of years.

Said one coach: “(Carr) is sensitive and needs encouragement, and that is not the style he is going to get. When someone shows disappointment in him, he shrinks. (Gruden) not coming out and completely endorsing him has to be eating him alive.”

The latter is certainly subjective, because while comments from Mayock and Gruden often seem to include an unspoken message that Carr still very much exists in a prove-it-to-us mode, each has been overly complimentary of him.

Look, few things are scarier for a franchise than to walk away from, at this best, an above-averaged NFL quarterback without a sure thing to replace him.

Because those guys are really hard to come by.

“I thought Derek was unbelievable last year in some really tough situations,” Gruden said “He’s clearly established himself as not only an excellent quarterback, but a premier leader on this team … We are trying to get everybody up to his speed. His command is very good and his play-making has been outstanding.”

Which seems to indicate that unless Carr crashes the new car this season, he will be back behind its wheel in Las Vegas.