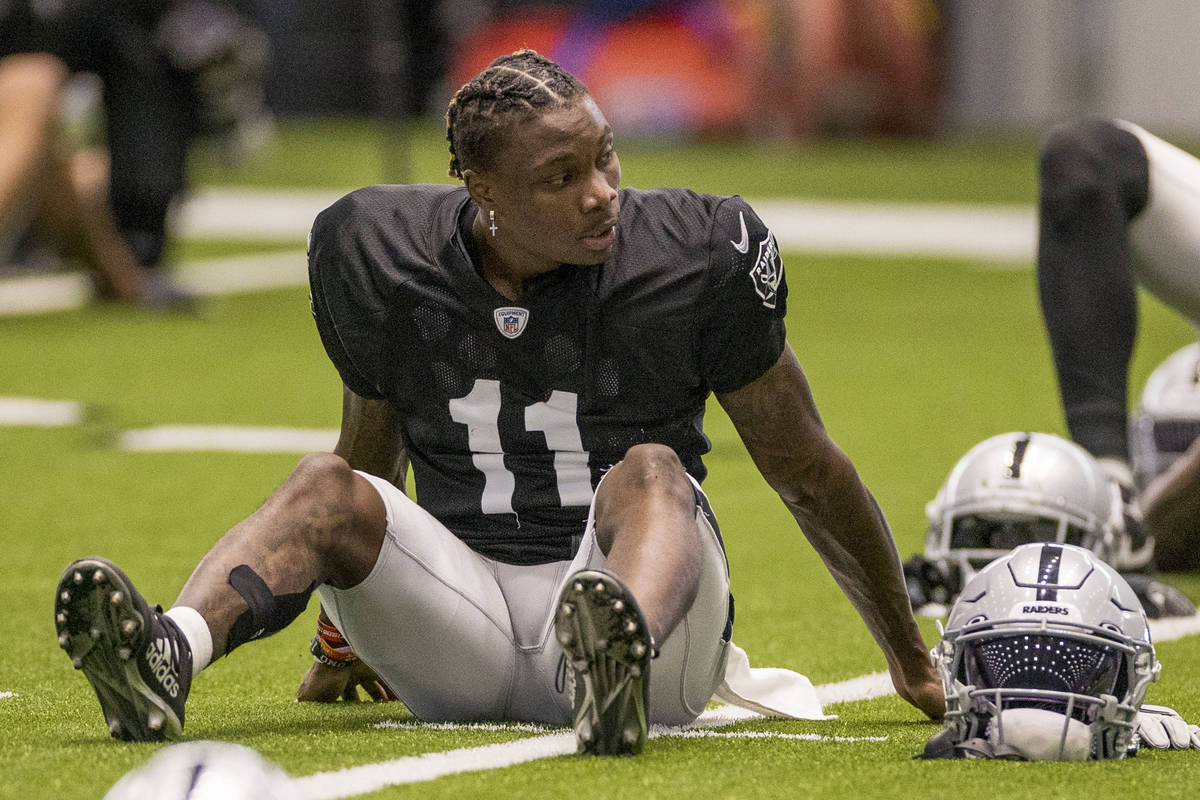 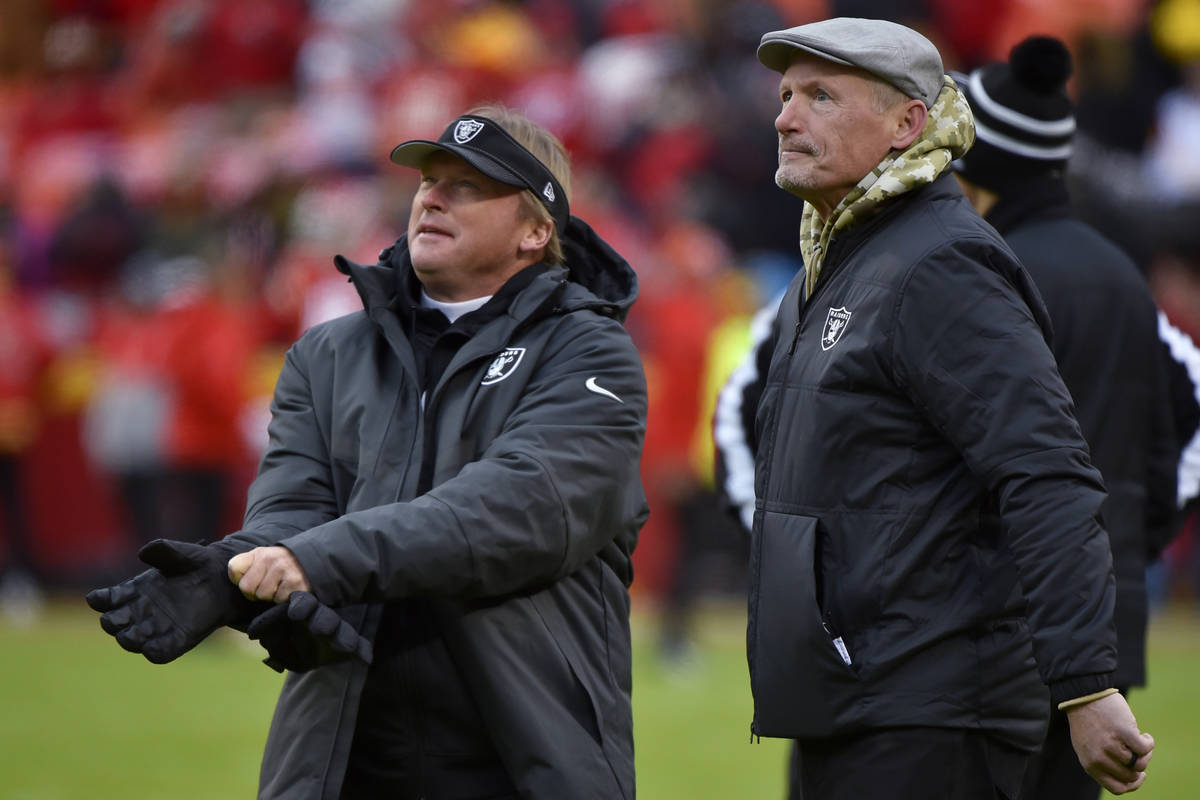 n this Dec. 1, 2019, file photo, Oakland Raiders general manager Mike Mayock stands with coach Jon Gruden before the team's NFL football game against the Kansas City Chiefs in Kansas City, Mo. Mayock's first rookie class as general manager of the Raiders was an extremely productive one. Whether this year's class can perform in similar fashion could help determine whether the Raiders can be a playoff contender in the AFC in their first season in Las Vegas. (AP Photo/Ed Zurga, File)

Old and young. Gray and green.

Jon Gruden has traveled different paths when building a roster since returning to coach the Raiders.

Unlike in 2018, most players suiting up on this team don’t need dentures.

The last thing fans want to hear is how inexperienced their favorite team is. But on the third version of Gruden’s attempt at making the Raiders postseason worthy, youth is served.

But unschooled players can be devoured by the NFL. Gruden can only hope his aren’t eaten for lunch most weeks.

The Raiders open their season at Carolina on Sunday and the inaugural Las Vegas team will feature three rookies starters and seven in their second year. In all, 32 players across the two-deep are in their first or second season with the organization.

Many more rookies fail than succeed over the course of 16 games. If you question a player’s value on draft night, such an evaluation hardly ends if he earns a starting spot or substantial playing time. It’s all about this: Can he handle the approaching storm or will it smack him in the head like a falling tree limb?

“Do they compete? Is it too big for them? What happens when the lights hit?” said Raiders general manager Mike Mayock. “I think what you want to see is just business as usual. You don’t want them to go out and think they have to win the game by themselves. Just go out and do what God gave you, with the gifts that you have.

“More than anything, and it’s what (Gruden) and I stress and we have since Day 1 — compete your tails off. That’s what we ask from our rookies.”

For much of his coaching career, Gruden has believed winning goes through veterans. He has trusted them more, which isn’t some original concept for those in his business.

The Raiders in 2018 were the league’s oldest team, a roster that included eight players 30 years old or north of it. Veterans staring at the end of careers were either brought in or kept around.

But a 4-12 record can go a long way in changing philosophy. Two seasons after Raiders had far more players with AARP cards than victories, Las Vegas is one of the NFL’s 10 youngest sides.

Mayock had much to do with the shift. The Raiders have through the last two drafts selected players who are already key contributors or expected to be.

Example: For a team that ranked 22nd in red-zone efficiency for touchdowns (52.83 percent) last season, it makes sense to hope rookie wide receivers Henry Ruggs and Bryan Edwards can make a difference inside the 20.

Hunter Renfrow, a wide receiver in his second season, was targeted eight times in the red zone last year and responded with seven catches and a touchdown. How much better can he be inside the opposing 20-yard line? Will the Raiders target him more there than just 15.69 percent of attempts?

Example No. 2: Many believed the Raiders reached on Ohio State cornerback Damon Arnette at the 19th overall pick in this year’s draft. He will — as a season-opening starter — receive the opportunity to prove such opinions wrong.

At the opposite corner spot of Arnette is Trayvon Mullen. He’s in a second NFL season. At strong safety is Johnathan Abram. He played just one game of his rookie season in 2019 due to a torn rotator cuff and labrum.

I don’t know if the future is now in terms of a playoff berth, but it sure is on the field.

“Keeping the best guys is all we’re doing,” Gruden said. “We’re going to be young. … We’re going to keep the best players and try to continue to develop them.

“We’ve done all we can to get them ready. We’ve built a new team. Now we’re starting to see the products of our labor. We’re hoping they are up to the challenge because Carolina is going to be a challenge.”

Just as long as it make plays.