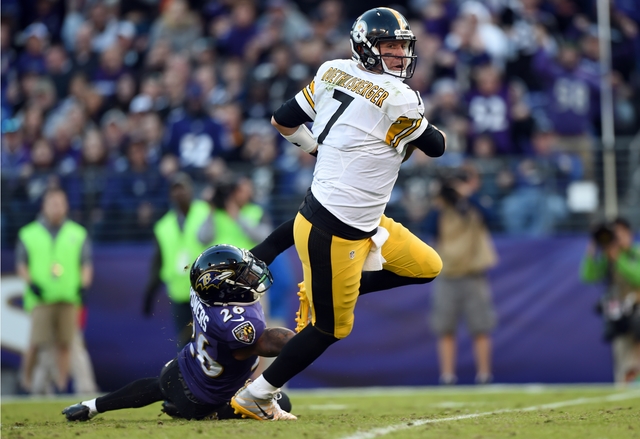 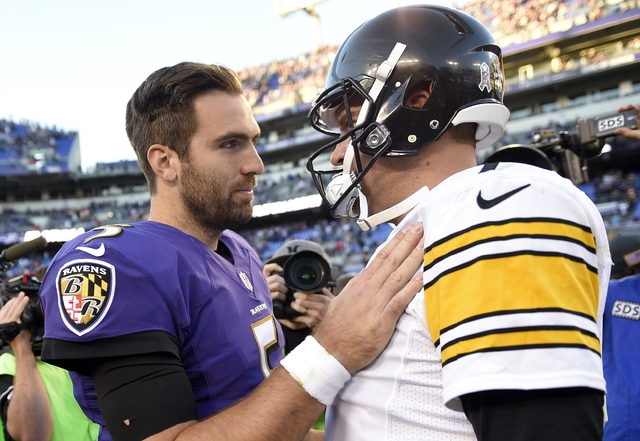 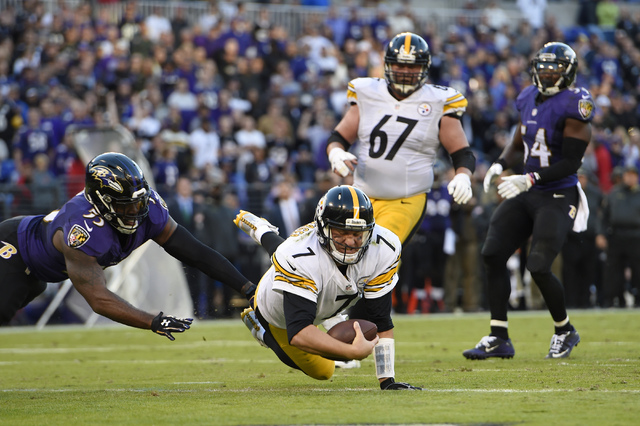 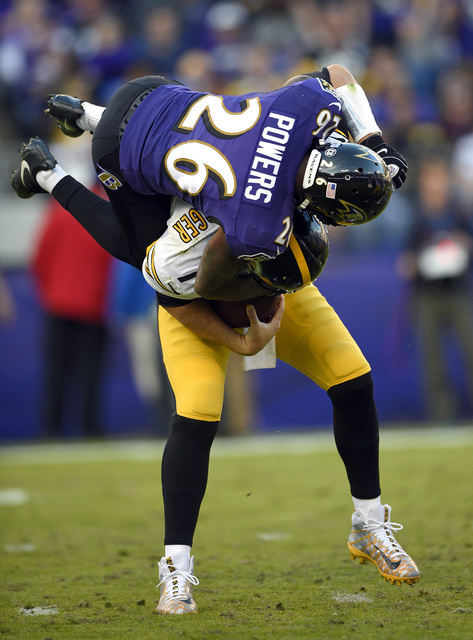 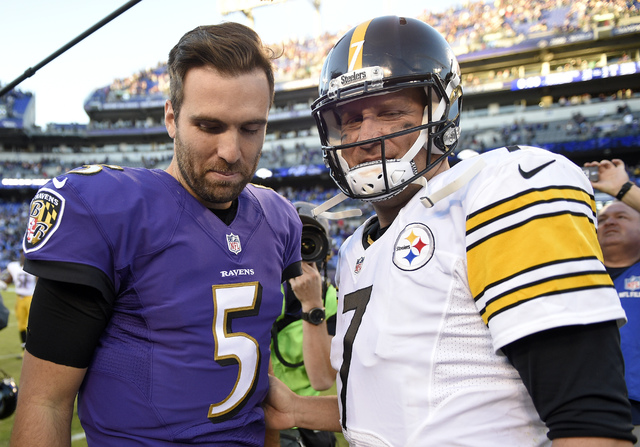 Whether it’s about winning a division title or getting revenge on a rival, Ben Roethlisberger is well aware of the high-stakes game the Pittsburgh Steelers are playing this weekend. It’s not a game for the faint of heart or those weak in the knees.

On Christmas Day, could there be any better viewing than a blood feud between bitter enemies?

The Steelers and Baltimore Ravens are the Ali and Frazier of the AFC North. Hide the women and children, or send them into another room to watch “A Charlie Brown Christmas.”

The Ravens (8-6) have had the best of it recently, winning four in a row and six of the past seven meetings. The Steelers (9-5) are tired of taking whippings, and Sunday is their shot to settle an old score and clinch the division.

In the season’s first meeting Nov. 6, Roethlisberger returned too soon from an injury and resembled a elderly version of himself. Baltimore won 21-14 with a lot of defense and a little Joe Flacco, who outplayed Roethlisberger. The Ravens held Steelers running back Le’Veon Bell to a season-low 32 yards on 14 carries.

Roethlisberger has two touchdown passes and five interceptions in his past three games against Baltimore. His top target, Antonio Brown, has performed more like Charlie Brown in this series, scoring only two touchdowns in 14 career games.

The Ravens have slipped some defensively, and Flacco is the definition of an inconsistent quarterback, alternating between Average Joe and the January Joe who has a knack for making the biggest throws in the biggest games.

Roethlisberger is a bet-on player, and Pittsburgh has won and covered its past five games by following his lead. Flacco is a player you bet on and usually wonder why.

The Ravens, Roethlisberger said this week, “have our number.” It’s probably payback time in Pittsburgh.

But the Steelers are 6-point favorites, and that number is high enough for me to side with Baltimore. These games are typically down-to-the-wire thrillers, so I’ll take the touchdown with the underdog and look for Roethlisberger to win by a nose — or a field goal.

Buccaneers (+3½) over SAINTS: With 11 division games on the schedule this week, revenge is a common theme. Obviously, the team that wants it does not always get it. New Orleans quarterback Drew Brees played one of his worst games in a 16-11 loss at Tampa Bay two weeks ago, when he was held without a touchdown pass while getting intercepted three times. Brees will play much better this time. But the Saints are 1-4 straight up and against the spread as home favorites this season, and the Buccaneers are 6-1 ATS on the road.

Colts (+3½) over RAIDERS: A week after Oakland clinched its first playoff spot in 14 years, an emotional letdown is possible. Indianapolis is playing with postseason desperation, and Andrew Luck is in better current form than Raiders quarterback Derek Carr.

Broncos (+3½) over CHIEFS: Denver coach Gary Kubiak was the goat in his team’s 30-27 overtime loss to Kansas City on Nov. 27. The Broncos are beat up and missing some key players, but they often find a way to beat Andy Reid, winning in five straight trips to Kansas City. The Chiefs are 2-8 ATS in their past 10 home games.

Lions (+6½) over COWBOYS: There is a sense of urgency factor in play. After clinching the top seed in the NFC, Dallas can coast down the stretch. A lighter workload for rookie Ezekiel Elliott, the NFL’s rushing leader with 1,551 yards, makes sense. Detroit, still fighting for a playoff spot and division title, boasts a defense that has allowed 20 points or fewer in eight straight games.