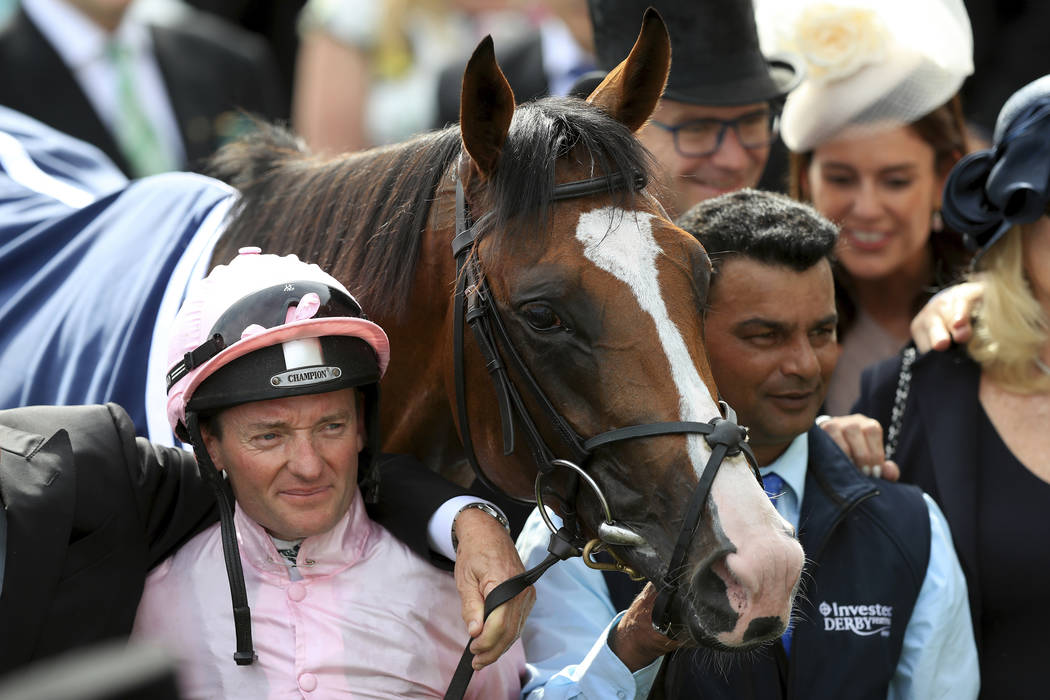 If you pay them, will they come?

The “them” in this case are entry fees and travel costs for horses that captured one of 86 Breeders’ Cup Challenge races run around the world since December, all of which offer free passage to the Breeders’ Cup.

But as much as handicappers would love to get started chewing over the fields for the 14 races Nov. 1 and 2 at Santa Anita Park, it’s too early to get a clear picture of who’s coming and who isn’t.

That’s particularly true of the horses based overseas, whose connections either have to add one tough race to their normal racing schedules or fire them up anew.

That’s a tough ask, even if you’re traveling on someone else’s dime.

I’ve compiled a list of possible overseas starters in the Breeders’ Cup turf races, where they have historically excelled.

The situation will undoubtedly change until and even after the pre-entry deadline at noon PT on Oct. 21, but at least this will give you a head start looking at races you’ll want to hunt down on YouTube or other video services:

$4 million Turf: Irish trainer Aidan O’Brien is expected to send a pair to contest the 1½-mile race: Anthony Van Dyck, winner of the Group 1 English Derby at Epsom Downs on June 1, and 4-year-old mare Magical, who was narrowly beaten by Enable in last year’s Turf. Speaking of Enable, who was denied a historic “three-peat” in Sunday’s Prix de l’Arc de Triomphe at Longchamps, it remains unclear if she will return to defend her Turf title. Her connections and those of Arc winner Waldgeist are both said to be considering the Breeders’ Cup or retirement.

$2 million Mile: British trainer David O’Meara might enter a pair here: Lord Glitters, winner of the Group 1 Queen Anne Stakes at Royal Ascot in June, and the well-traveled Suidois. Line of Duty, winner of the Juvenile Turf last year, also probably will return to try to add this race to the Godolphin trophy case after finishing third last weekend in the Group 2 Prix Dollar at Longchamps.

$1 million Juvenile Turf: Aidan O’Brien has indicated that Armory, third in the Group 1 Jean-Luc Lagardere at Longchamps on Sunday, is a possibility. No recent word on whether “Win and You’re In” qualifiers Arizona, Royal Dornoch or Lord of the Lodge will make the trip.

$1 Million Juvenile Fillies Turf: Daahyeh, winner of the Group 2 Rockfel Stakes at Newmarket on Sept. 27, appears likely to ship in for trainer Roger Varian. The connections of Albigna, winner of the Group 1 Prix Marcel Boussac (G1) on Sunday, are on the fence. No recent word on whether “Win and You’re In” fillies Living in the Past, Walk in Marrakesh and Powerful Breeze will race.

The next #RJhorseracing handicapping contest starts in two weeks, and we’re also running a special Breeders’ Cup contest with an honest-to-goodness special prize donated by #RJhorseracing handicapper Jerry V: a still-in-the-shrinkwrap copy of Microsoft Home and Student Office 2018. Drop me an email or follow me on Twitter and DM me if you want to get in on the fun.