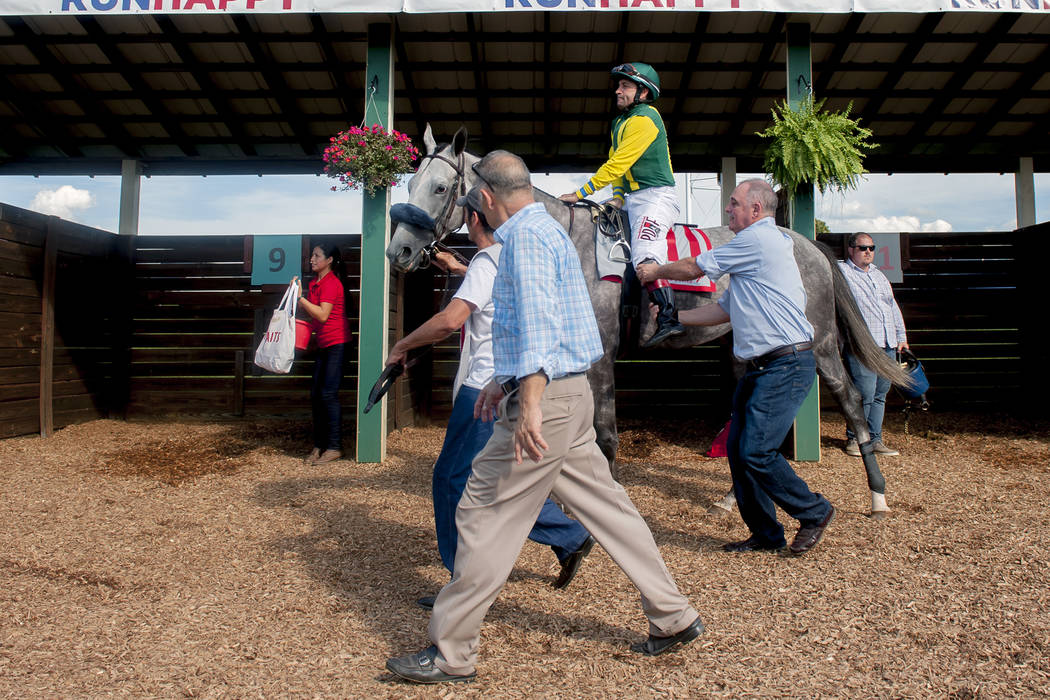 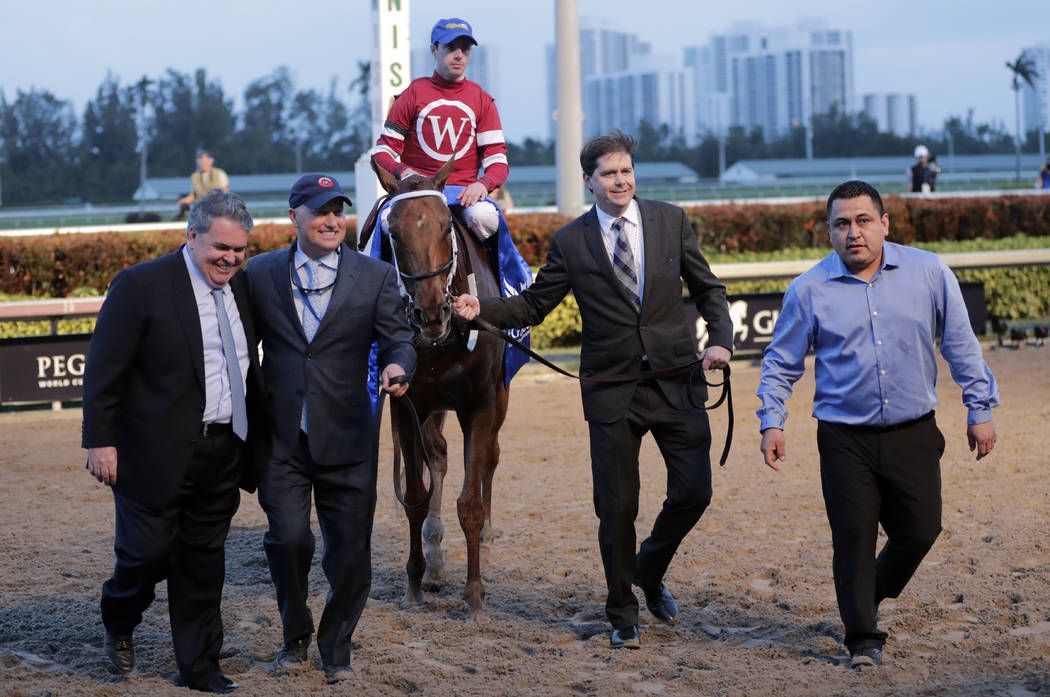 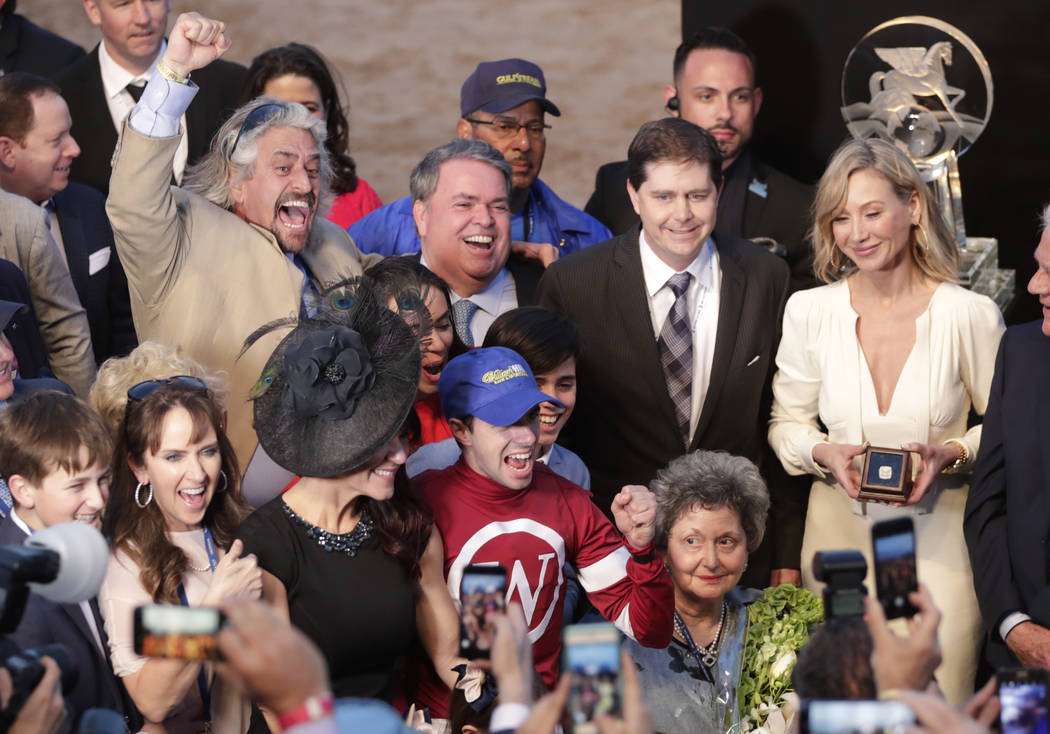 It seems that I’m not the only Las Vegas resident fixated on Kentucky Downs.

Ron Winchell, a longtime resident of the city, was so taken with the unique racetrack in Franklin, Kentucky, that he decided he needed to buy it.

Winchell should be no stranger to racing fans. He inherited a love of the game from his late father, Verne, founder of the Winchell Donuts chain and an owner and breeder of thoroughbred racehorses.

With his mother, Joan, Ron carried on the family’s Winchell Thoroughbreds operation, notching numerous successes before reaching the heights as co-owners of 2017 Horse of the Year Gun Runner. But the undulating turf-only track near the Tennessee border prompted him to take his participation to a whole new level.

“I raced a couple horses there and was very impressed,” he said this week. “The purses and what was going on with historic racing was a sort of catalyst, something I viewed as elevating Kentucky racing to a significant degree.”

Now he’s experiencing his first meet as a racetrack owner.

Winchell said he’s not looking to change the formula that his predecessors used to make the facility a financial success, i.e. using revenue from year-round simulcasting and more than 750 historical horse racing machines on site to generate huge purses and attract big horses to the track’s five-day meet, which concludes Sept. 12.

But that doesn’t mean he will sit on his hands. He and Falcone are planning a major expansion of the facility, with a long-term goal of making it a “destination gaming” resort. They also plan to ask the state for two additional racing days to make it a seven-day meeting.

As a racetrack owner, he’ll also be grappling with the rapid spread of sports betting, which many track operators view as an onrushing threat that will accelerate shrinkage of racing’s fan base.

But Winchell says there may be opportunity to introduce new fans already interested in sports betting to horse racing.

“I think the impact still has to be determined, but somebody has to figure out how to make it beneficial,” he said. “It’s been out there, so it’s not like people haven’t been illegally gambling for a long time.”

The #RJhorseracing handicapping crew also likes Kentucky Downs and will scratch and claw to ferret out the winners of Saturday’s $1 million Kentucky Turf Cup, a 1½-mile turf test for 3-year-olds and up, as well as the $1 million Jockey Club Derby Invitational at Belmont Park, another turf marathon at the same distance exclusively for 3-year-olds.

In the latter, the handicappers are following a well-worn path and backing trainer Chad Brown’s 5-2 morning line favorite Digital Age, with Thread of Blue (4-1) and Spanish Mission (3-1) tabbed in the second and third slots.

Brown does seem to win every big turf race back east, but I’m going to try to beat him with Henley’s Joy (5-1), a colt who is making his first start at the distance but has tactical speed and gives every indication he will relish the added real estate. I’ll take European invader Spanish Mission for the place and Digital Age to show.

In the Kentucky Turf Cup, the crowd ’cappers are sticking with the 5-2 morning line choice: the Brad Cox-trained Arklow. They like Zulu Alpha (9-2) and Campaign (5-1) in the minor placings.

Arklow is the real deal and has a win over the track, but he’s been coming up short in his races this year. So I’ll take a shot with Campaign, who barely picked up his hooves in the Pacific Classic but is 2-for-2 at Kentucky Downs and is saddled by the sharp Southern California-based trainer John Sadler. I’ll use Arklow in second and Pillar Mountain (10-1) in third.