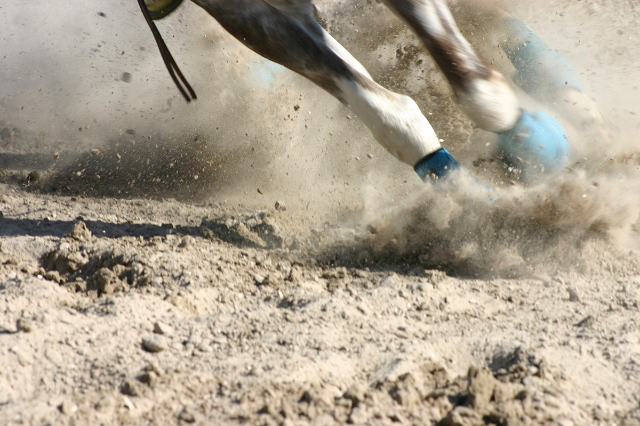 When the Kentucky Derby point system was introduced in 2013, many media types, like me, were against it. We had seen the good and the bad of the previous system, graded purse earnings, as a fairly reliable indicator.

But it didn’t take me long to change my stance. Even though some protested that many past Derby winners would have been ineligible to run, that argument was specious.

You can’t retrofit the rules and say they wouldn’t have worked. If the owners and trainers in past decades had lived under this point system, they would have managed their horses differently.

For example, for a filly to run in the Derby, she will have to run at least once in a Derby prep against males. Then she would need to finish high enough to earn at least 20 points to make the cutoff for the Derby field of 20.

That makes sense to me.

From here on out, the Derby field will be pounded into shape prep race by prep race. You should expect weekly change, as with likely upsets on the horizon, horses will pass one another in the Derby point standings.

A nice, neat little package would be for the favorites to win most of the preps. Then the likes of Mohaymen and Nyquist would pile up the points like so many Heisman Trophy candidates.

But horse racing does not work that way. There will be unfathomable upsets along the way. Horses that are far under the radar today may be firmly entrenched in the Derby field by early April.

A positive byproduct of the point system is the field sizes have increased as the points awarded gets higher. Finishing in the money now will almost certainly give a horse enough points to make the top 20.

Also, trainers are taking more time developing their 3-year-olds. While racing experience as a 2-year-old remains important, the points awarded in 2-year-old stakes are pretty minimal.

Thus, the owners and trainers of Derby contenders want to fire their best shots in March and April with the hope of a peak performance on Derby Day on May 7.

Airoforce (5-2) will be a short-priced chalk in the Risen Star. He won the Kentucky Jockey Club at Churchill Downs last out as a juvenile.

One of the horses Airoforce beat is Gun Runner (6-1), who is owned by the Winchell Thoroughbreds. The Winchells live in Las Vegas, so if you like rooting for a hometown horse, this is him.

I really like Gun Runner’s chances to turn the tables on the favorite. If he goes off higher than 6-1, then I’ll bet even more.

• SAM’S TOWN QUALIFIER — A Sam’s Town one-day qualifier for the Horseplayer World Series is today. The entry fee is $200.

• SANTA ANITA ANNOUNCER — Craig Evans, senior race broadcaster for the Singapore Turf Club, will call the races Feb. 20 and 21 at Santa Anita Park. This is his audition to replace Trevor Denman as the new voice of “The Great Race Place.”

Richard Eng’s horse racing column is published Friday in the Las Vegas Review-Journal. He can be reached at rich_eng@hotmail.com. Follow him on Twitter: @richeng4propick