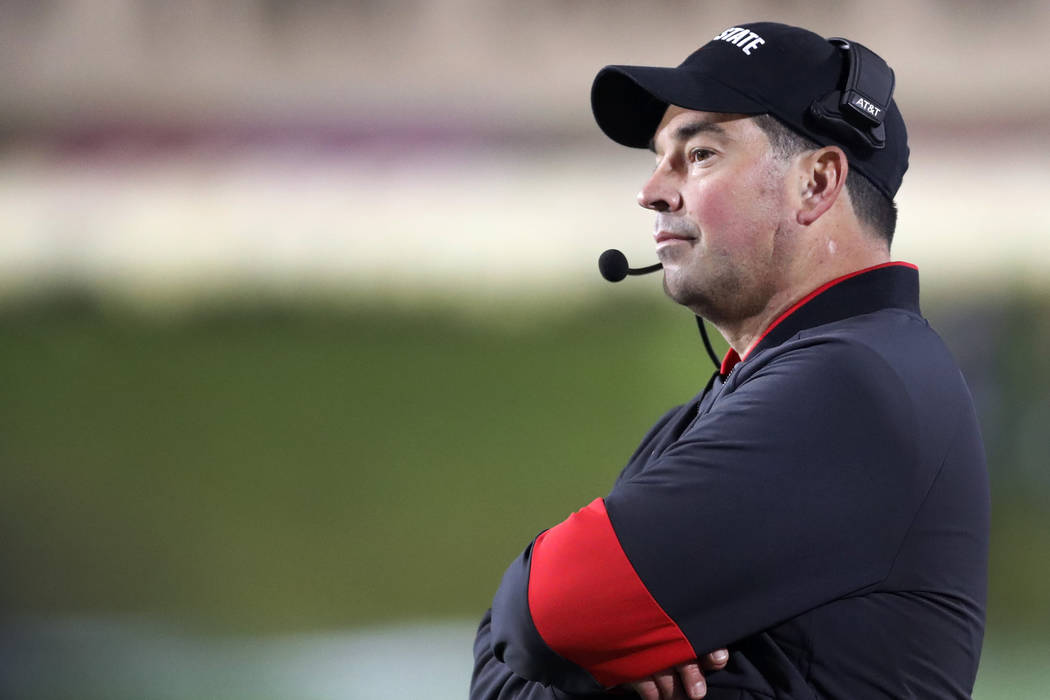 But Las Vegas oddsmakers and sharp bettors consider the Buckeyes to be the unquestioned top-rated college football team in the country. Especially now that Crimson Tide quarterback Tua Tagovailoa is out with a high ankle sprain.

“With Tua hurt, Ohio State certainly is the No. 1 power-rated team in the country,” said Ed Salmons, Westgate sportsbook vice president of risk. “I don’t think anyone would argue that right now.”

Handicapper Paul Stone certainly won’t dispute that claim. Stone, who went 77-36-6 ATS (68 percent) last season to place third in the Golden Nugget’s Ultimate Football Challenge, has been doing his own power ratings for 25 years and Ohio State is his clear No. 1.

The Buckeyes, who have beaten their four Big Ten opponents (Indiana, Nebraska, Michigan State and Northwestern) by an average of 38.8 points, are consensus 14½-point favorites over Wisconsin on Saturday and Stone likes Ohio State.

“Prior to last week’s results, I was thinking Ohio State -13, but in light of Wisconsin’s shocking 24-23 loss at Illinois (as a 31-point road favorite), I made the Buckeyes -17,” Stone said. “The Buckeyes have had hiccups the last several years during the middle part of the season, but those slip-ups have typically come on the road.

“Ohio State has had this game circled on its schedule since early in the season, and the Badgers will merit the Buckeyes’ best effort.”

“The more I watch Ohio State, the more they remind me of Clemson from last year. It’s just scary how good they are,” he said. “They are certainly a team I don’t want to get in front of right now. Either bet Ohio State or get out of the way.”

Stone also likes the over in Texas-TCU, though it’s been bet down to 57 after it was listed at 59 Wednesday at most books.

“I’m going to go against the move here,” said Stone (@PaulStoneSports). “Texas’ defensive injury list just continues to grow, especially in the back of the defense. Kansas toasted Texas last week to the tune of 48 points and 569 total yards.”

The Longhorns have allowed an average of 37.6 ppg this season against the five Power Five opponents it has faced.

Stone pointed out that Texas passes the ball on 52 percent of its offensive plays, noting that junior quarterback Sam Ehlinger was performing at a high level.

“TCU’s going to score,” Stone said, “but I think Texas will, too. The Horned Frogs are still tough to run against, but they’ve been vulnerable to strong passing attacks.”

CG Technology and Caesars Entertainment each reported sharp bets on Texas from pick to minus-2.

CG Technology took sharp action on the Sooners laying 21½, 22½ and 23½. Salmons expects Oklahoma to cruise to a cover over the Wildcats.

“Kansas State is like the biggest fraud in the country right now,” Salmons said. “They’re winning games and you look through the box score and they never get 300 yards of offense. I have a feeling this week they’re going to get put in their place. Oklahoma should definitely win big.”

Sharp bettors at CG Technology took Eastern Michigan at plus 6 and plus 4½ over Toledo, and the Eagles are handicapper Kenny White’s best bet.

“Toledo is having a lot of problems. They lost two weeks ago to Bowling Green (20-7) as a 27-point favorite and were blown out 52-14 last week by Ball State (as 3-point favorites),” said White (KennyWhiteSports.com). “They had to go all the way to a fourth-string quarterback. I don’t think the starter is going to play this week.”

Eastern Michigan is coming off a 34-27 upset of Western Michigan as a 9½-point underdog and is riding a 17-4 cover streak on the road.

“I really like this coach, Chris Creighton. He’s 29-16 ATS the last three-plus years and he’s going to get a big-time job,” White said. “I know his team is going to come out and play well.”