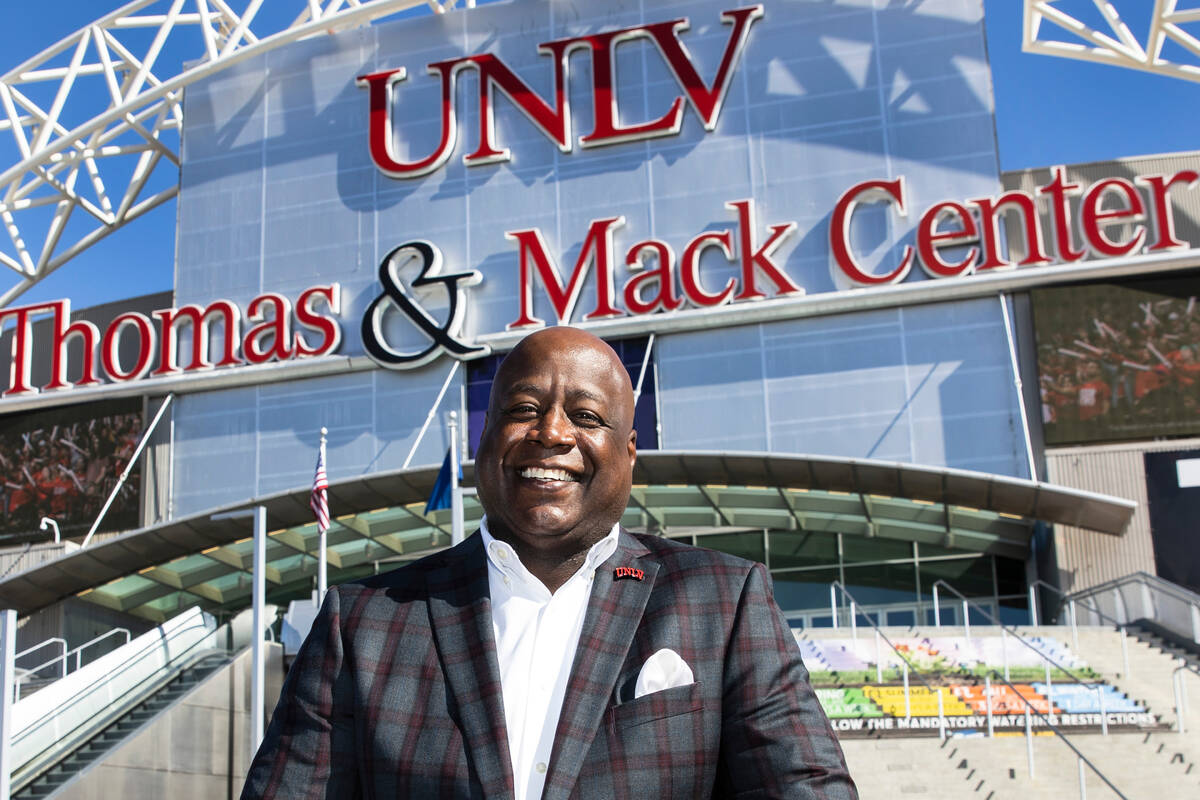 In a letter Wednesday to UNLV season-ticket holders and members of the Rebel Athletic Fund, Athletic Director Erick Harper raised the stakes on the university’s Name, Image and Likeness initiative.

“Our goal is to be the best and most desirable institution relative to NIL in the West,” Harper wrote. “Our student-athletes work year-round to represent this great university and they deserve the opportunity to use their name, image, and likeness to generate income for themselves and their families.”

“NIL is not going away, it’s here to stay,” said Tom Jingoli, a longtime UNLV booster who’s now involved with the Friends of UNILV. “It’s a vital part of raising money for the success of the basketball program, and quite frankly, all the programs at UNLV.”

In his pitch to boosters, Harper cited the decision by the NCAA in July 2021 “to allow student-athletes to receive compensation for the use of their name, image and likeness. The adoption of NIL has provided student-athletes a new platform to market themselves and help their families in many ways not previously available.”

Bill Paulos was a longtime member of the Runnin’ Rebels Club, a group formed in 2013 to help raise funds for the UNLV men’s basketball team. Now, Paulos — a UNLV alumnus and booster — is the president of the Friends of UNILV. He describes it as a collective of all the school’s sport-specific fundraising foundations.

There’s essentially two ways UNLV fans can support the group. The Friends of UNILV are a registered 501(c)(3), and any donations to them go directly to charitable work done by UNLV student-athletes, who are paid for their time working and appearing at charity events.

Local businesses can also support UNLV student-athletes by hiring them for events and promotional appearances. Friends of UNILV is supported by Blueprint Sports & Entertainment and will connect interested businesses with Blueprint to draw up official contracts between players and sponsors for commercial endeavors.

Paulos said most of the Friends of UNILV’s contributions have been charitable. They’ve raised more than $400,000 in the past year, with all the money going toward the student-athletes.

He wants to increase that number by finding more business partners and says the city of Las Vegas and its deep connections with UNLV athletics can make this one of the most profitable NIL markets in the country, a financial boost which may make UNLV more competitive and attractive to Power 5 conferences such as the Pac-12 and Big-12.

“We need to compete for the best players in the country,” Paulos said. “We need to let them know and let them realize (student-athletes) can come here, make money while they’re competing at school.”