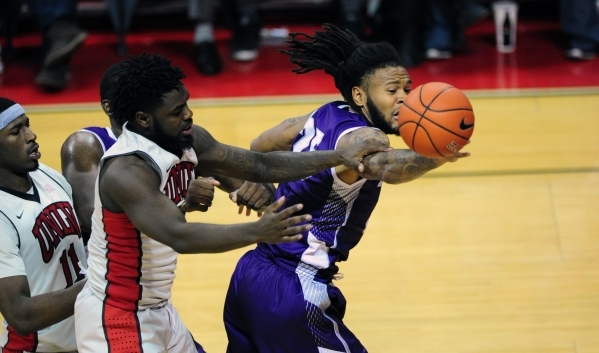 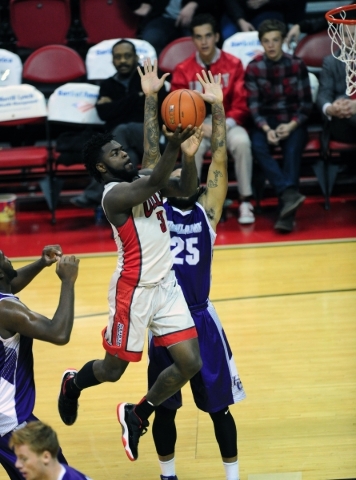 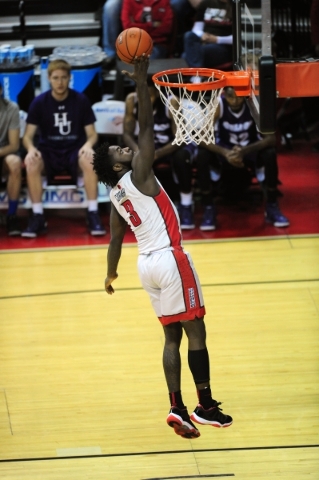 Diet pills that work miracles are advertised on TV every day. Over the summer, Jordan Cornish formed a plan to lose weight the old-fashioned way.

He worked out. He ate right. A few weeks after his freshman season at UNLV, Cornish tipped the scales at 240 pounds. Now, he’s a trimmer 220.

“No fried food, no fast foods,” he said.

His favorites — fried chicken and fried pork chops — are off the menu, replaced by meals such as turkey sausage.

“I actually feel like myself now,” the 6-foot-6-inch sophomore guard said. “I’m a little quicker, lighter and can jump higher.”

Cornish has missed all six of his 3-point attempts in UNLV’s two games, after lighting it up from long range in his first season and earning a reputation as a pure shooter. But that also was the first time he had that reputation.

At Brother Martin High School in New Orleans, he was ranked the No. 1 player in Louisiana mostly because of his skills as a point guard, not a shooting guard.

“It’s funny. I didn’t really shoot the ball that well in high school,” said Cornish, a cousin of Louisiana State star running back Leonard Fournette. “I would get to the rim and facilitate for other people.”

“Jordan is a very good shooter, and because of that and scouting reports, teams are not going to give him wide-open shots,” coach Dave Rice said. “Teams are going to run at him and make him put it on the floor. It’s always a pleasant development when a guy as a freshman shoots about 50 percent from 3. You never expect that.

“He learned what this level is about, and he worked extremely hard to become a leader for us. He’s a guy that the other guys respect. I thought he did a very good job in the offseason.”

A starter in the season opener because sophomore guard Patrick McCaw was late for a practice, Cornish totaled four points, four rebounds and four assists in 25 minutes in a 74-72 victory over Cal Poly. He returned to a reserve role Monday and scored eight points in the Rebels’ 107-45 rout of Division II New Mexico Highlands.

“I like the energy that he brings off the bench,” Rice said. “I have a lot of trust in what he does.”

Lighter and quicker, Cornish plans on showing off more aspects of his offensive arsenal this season, and he trusts his 3-point stroke will return.

“I’m confident in my ability and my jump shot,” he said. “This is a very good shooting team. We’ve got a long road ahead.”