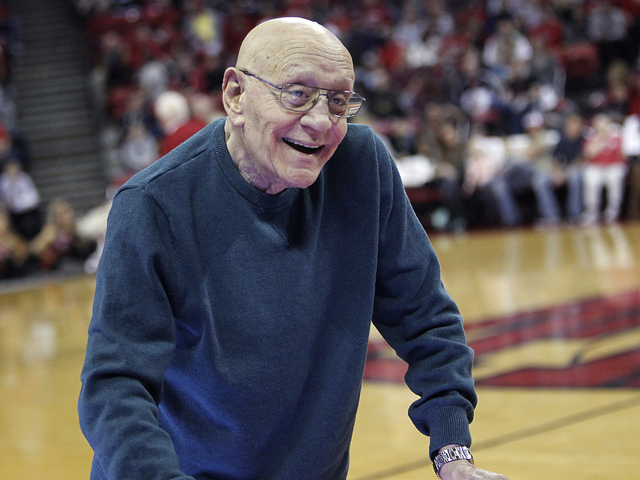 Hall of Fame coach Jerry Tarkanian walks across the floor named in his honor to his seat in order to watch the UNLV men's basketball team as they take on Boise State at the Thomas & Mack Center in Las Vegas on Saturday, Feb. 1, 2014. (Jason Bean/Las Vegas Review-Journal)

Former UNLV basketball coach Jerry Tarkanian is up and moving around at Valley Hospital and could go home this weekend after suffering a heart attack and contracting pneumonia.

Tarkanian was admitted last Wednesday after attending the Final Four in Arlington, Texas, complaining of weakness, lethargy and labored breathing. Doctors determined the 83-year-old had pneumonia and tests later revealed he also had a heart attack.

Diamant said Tarkanian will likely undergo a catheterization to determine if anything else needs to be done in the next couple of days and could go home after that.