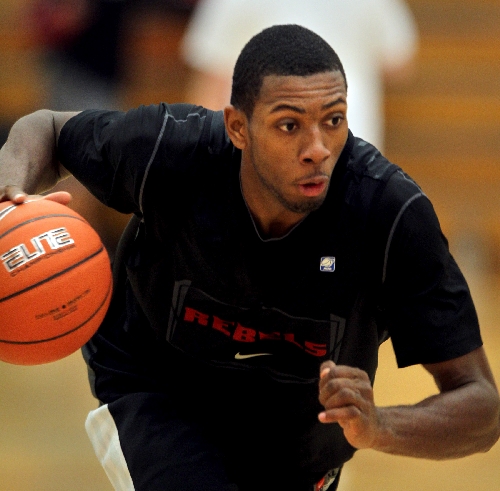 The Mountain West award is the second in a row for Moser. The 6-foot-8-inch forward from Portland, Ore., averaged a double-double last week while helping the Rebels improve to 7-0 with three victories, including a 90-80 upset of No. 1 North Carolina in the championship game of the Las Vegas Invitational on Saturday night.

Moser opened the week with 14 points and eight rebounds in a 75-52 win over Cal Poly on Tuesday, adding four steals, two blocked shots and one assist. He followed that performance with 10 points and 13 rebounds in UNLV’s 66-55 win over Southern California on Friday in the semifinals of the Las Vegas Invitational.

Moser’s best performance of the week came in Saturday’s victory over the Tar Heels at Orleans Arena, as the Rebels became the first Mountain West squad to beat a team ranked No. 1 in both The Associated Press and ESPN/coaches polls. Moser recorded his second double-double in as many days and fourth of the season, finishing with 16 points and a game-high 18 rebounds, to go with six assists.