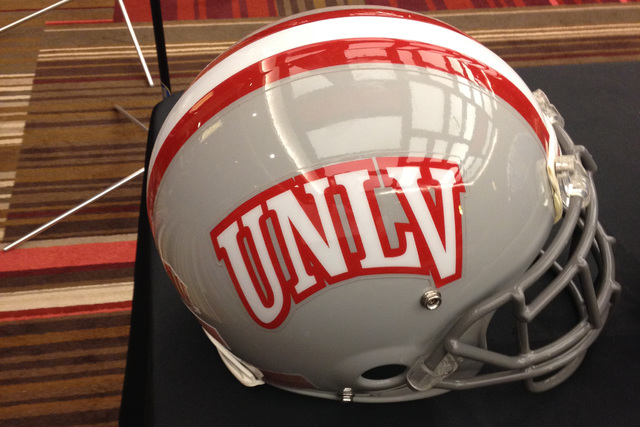 Former UNLV football player Dietrich Canterberry was arrested on suspicion of murder Sunday morning after a fight outside a Hollywood nightclub left a 29-year-old man dead, according to a report by the Los Angeles Times.

Witnesses told police that after the club Couture closed and a crowd milled about the sidewalk around 2:30 a.m., two women got into a dispute. At some point, two men then chased another man, and the two men repeatedly punched and kicked the man, identified as Devon Jelkes.

Jelkes suffered blunt-force trauma and was taken to the hospital, where he was pronounced dead.

After the beating, the two men fled. Canterberry, 34, hopped onto a party bus and the other man fled on foot. Los Angeles Police Department officers caught up with the bus and arrested Canterberry on suspicion of murder, according to the police statement.

Canterberry, a resident of Anaheim, hasn’t been charged by prosecutors and was being held on $2 million bail. Police said they planned to present the case to the Los Angeles County district attorney’s office Tuesday.

The second suspect remained at large. Police said it’s unclear whether Jelkes and the two suspects knew each other.

The 6-foot-4-inch Canterberry, a Lynwood, California, native, was listed at 310 pounds when he played for the Rebels under coach John Robinson from 2000-2003. A four-year letterman and three-year starter, Canterberry was voted one of two team captains by his teammates in 2003 and earned the Robert Cline Scholarship Award at the team’s annual postseason banquet.

He competed in two postseason all-star games — the Blue-Gray Game and East-West Shrine Classic under Robinson — and graduated with his bachelor’s degree one year early before pursuing a second degree during the 2003 season.