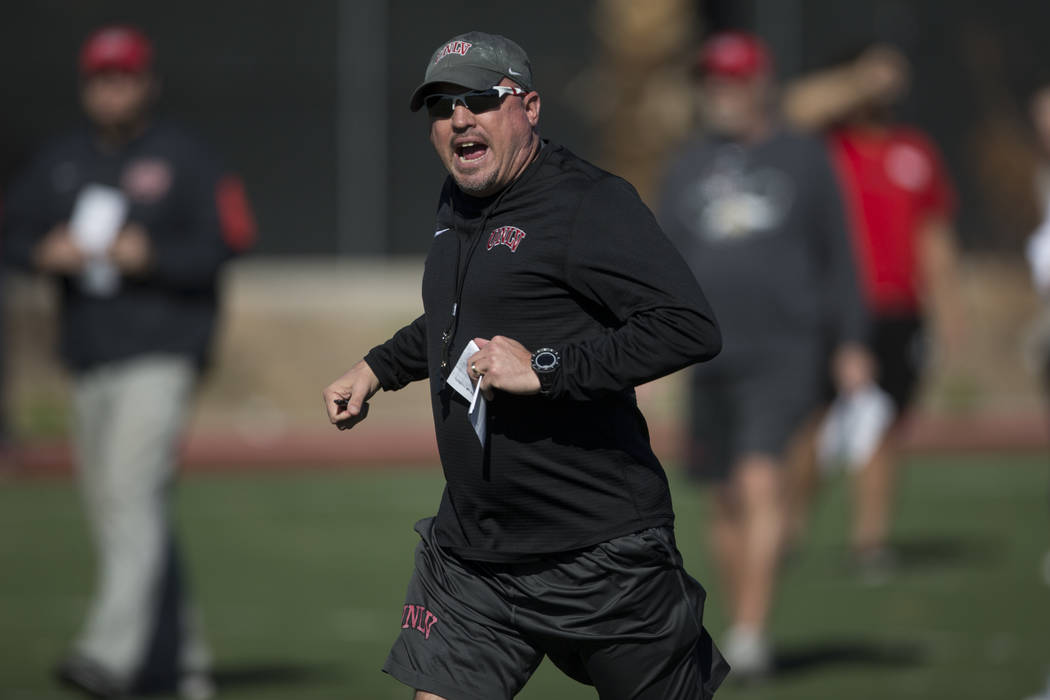 UNLV football coach Tony Sanchez will make an annual salary of $600,000 starting in 2017 after university officials signed off on a new three-year extension last month.

A copy of the contract was obtained by the Review-Journal on Thursday. This is the first time UNLV didn’t need approval from the Board of Regents after Nevada’s college presidents were given more authority in September over high-profile coaching contracts.

The incentive-laden contract runs until Jan. 31, 2022, and pays Sanchez a base salary of $300,000 annually, a raise of $50,000 from the original contract signed in 2014. Sanchez’s new deal includes another $300,000 for media and public appearances each year and a $50,000 raise. In case of early termination by the university without cause, Sanchez will receive his base salary until the contract expires.

He previously made $500,000 combined from the base salary and media/public appearances.

Sanchez and UNLV officials agreed to terms in January. UNLV president Len Jessup finalized the extension with his signature March 6.

For each year the Rebels meet APR requirements, starting in 2018, Sanchez could receive up to $260,000 in athletic performance achievement. Other bonuses include:

— For appearing in the conference championship game: $25,000

— For winning the conference championship game: $25,000