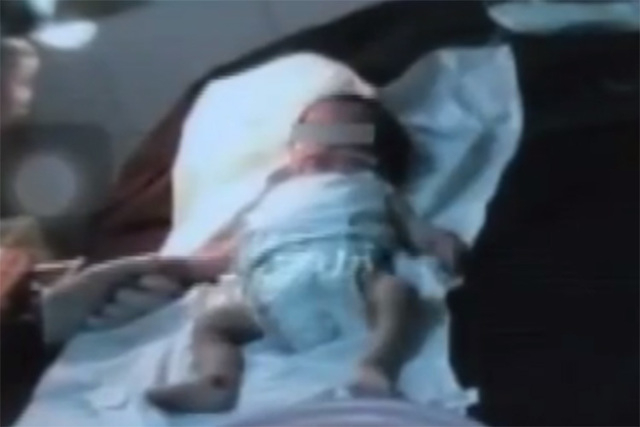 A 2-week-old baby was taken to the morgue by his mom after showing signs of weakness, even though he was still alive. (Screengrab/ABS CBN News/YouTube)

GENERAL SANTOS CITY, PHILIPPINES — A 2-week-old baby was taken to the morgue by his mom after showing signs of weakness, even though he was still alive.

The baby was brought to the hospital where doctors found no heartbeat or signs of breathing, but later revived baby Aldrin and placed him under intubation, ABS CBN News reports.

But, after a 13-day hospital stay and extensive hospital bills, the boy’s mother decided to bring the baby to the morgue.

The doctor had not declared the baby dead and he was found the next morning crying from within the morgue.

“The baby’s mother said she is thankful that her baby did not immediately undergo embalming,” ABS said.