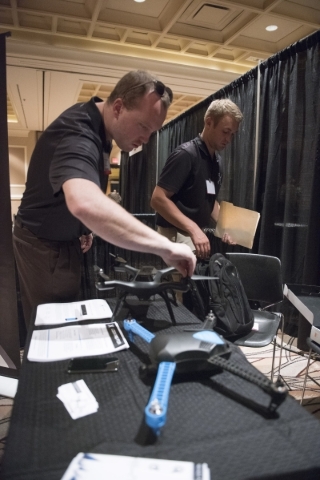 The Federal Aviation Administration is investigating a video reportedly recorded by a teen in Connecticut showing a gun being fired from a drone.

The video, posted July 10, shows a quadcopter drone firing a semi-automatic handgun in a wooded area believed to be in Connecticut. The hybrid’s builder is thought to be Austin Haughwout of Clinton, Conn., a mechanical engineering student,  ABC News reported.

“Drones should be used for good, not for evil,” Peter Sachs, an attorney and “drone advocate,” told ABC.

The Associated Press was told by local police the drone wasn’t breaking any state laws and it is unknown if Haughwout will face any charges.