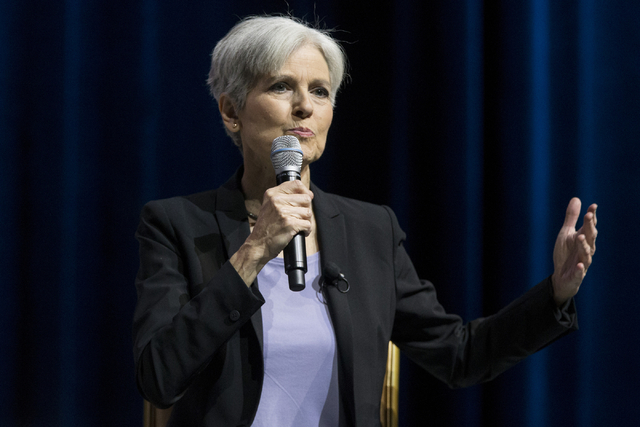 CARSON CITY — A federal judge has denied a request by the Nevada Green Party and its presidential candidate, Jill Stein, to gain access to the state’s Nov. 8 general election ballot.

U.S. District Judge Jennifer Dorsey said in a ruling dated Thursday that the Green Party waited until less than two weeks before the deadline to start collecting signatures to qualify to place candidates on Nevada’s 2016 ballot. When the party’s June 3 petition came up 647 signatures short after the verification process was completed, the complaint was filed seeking to overturn a decision by Secretary of State Barbara Cegavske rejecting ballot access.

The complaint asked that signatures turned in after the deadline should be accepted by Cegavske, and that the early deadline to file signatures for ballot access was unconstitutional.

“The plaintiffs argue that the Secretary of State has the discretion to accept the supplemental signatures despite the deadline’s expiration and, alternatively, that the June 3 deadline unconstitutionally restricts the NGP’s access to the ballot and its supporters’ associational and free-speech rights,” Dorsey said in rejecting the complaint. “I find that the plaintiffs have not demonstrated that they are entitled to this extraordinary relief, and I deny the motion.”

The complaint argued that the deadline in Nevada state law of 159 days prior to the general election to submit signatures for ballot access was unconstitutionally burdensome.