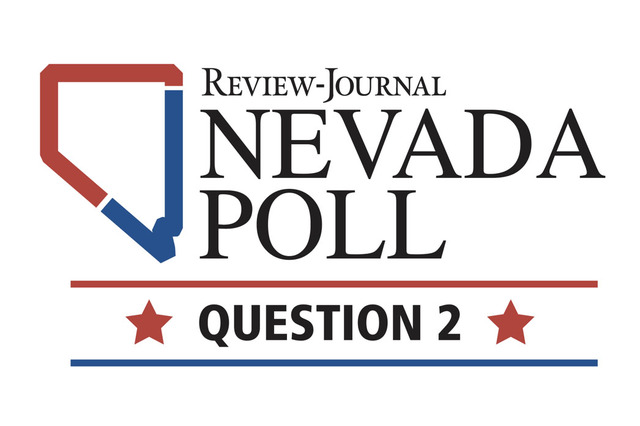 Nevadans are split when it comes to legalizing recreational marijuana use, according to a poll of 800 likely voters commissioned by the Las Vegas Review-Journal.

Forty-seven percent said they would vote “yes” on Question 2 on the Nov. 8 ballot, 46 percent opposed the measure, and 7 percent remained undecided, according to the poll.

The proposed measure would let Nevada join the likes of Colorado, Washington, Oregon and Alaska in allowing the retail sale of marijuana to adults 21 years and older. It would also decriminalize the possession of less than 1 ounce of the drug.

Bendixen & Amandi International conducted the poll between Sept. 27 and Sept. 29 in English and Spanish. The results fall within the poll’s margin of error of plus or minus 3.5 percentage points, indicating a statistical tie.

Anthony Williams, special projects director of the polling company, said legalization supporters should be worried about these results.

“You would really want to have 55 to 60 percent support to feel confident heading into Election Day,” Williams said. “These things always tend to leak oil heading into the end.”

Democratic respondents were generally in favor of the measure, with 56 percent supportive and 37 percent opposed. Seven percent were undecided.

Jimmy Stracner, spokesman for the anti-Question 2 PAC Protecting Nevada’s Children, said he is “pleased with the results.”

The campaign, which has been active for less than a month, has significant support from some of Nevada’s top elected officials, including Gov. Brian Sandoval, Attorney General Adam Laxalt and U.S. Sen. Dean Heller, all Republicans.

The PAC’s website and digital advertisements have focused heavily on the edible marijuana products and some of the issues that have been associated with them in Colorado. Stracner said those ads have been effective and the group plans to continue pressing that issue in the final weeks leading up to Election Day.

Joe Brezny, spokesman for the measure’s sponsor, said the opponents are focusing in on the edible purely as a scare tactic.

“They’ve built their whole campaign on a false premise that marijuana is more dangerous than it really is,” Brezny said.

Brezny said he fully expects this measure to come down to the final push, and said he thinks it will be decided by which side can rally voters once early voting kicks off on Oct. 22.

Maak referenced Colorado, where recreational sales have been legal for nearly three years, and noted the amount of tax revenue the state has made ($130 million in the past fiscal year).

“I think it would be good for our tax base,” Maak said.

Maak also said he doesn’t think marijuana is that harmful, especially when compared to other vices that are already legal.

“What’s the difference between marijuana and alcohol? Just make it legal and tax it,” Maak said.

But 67-year-old retired military member Bonnie King of Las Vegas said she doesn’t want it “at all.”

“I don’t think any good will come from it,” King said. “People who want it for medical uses can already get it. There’s no other good use for it. None.”

Bendixen & Amandi International, based in Miami, has done projects for clients including The Washington Post, Hillary Clinton’s 2008 presidential campaign and Barack Obama’s 2008 and 2012 campaigns.