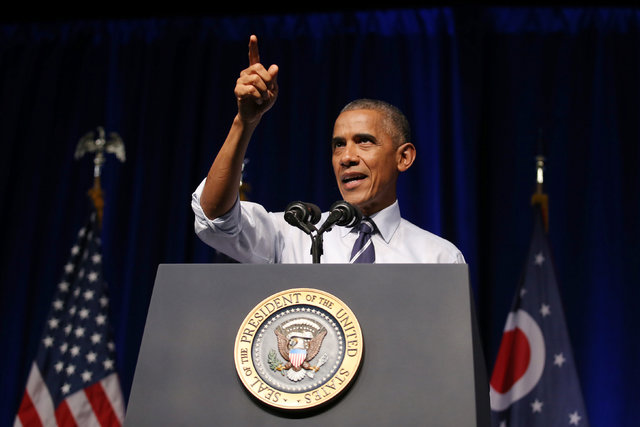 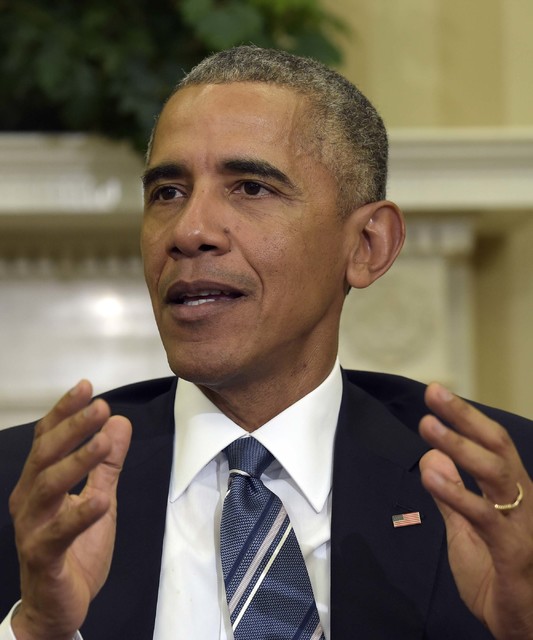 President Barack Obama speaks in the Oval Office of the White House in Washington, Monday, Oct. 17, 2016, about the release of the Cancer Moonshot Report. (AP Photo/Susan Walsh)

Obama’s visit underscores Nevada’s importance as a battleground state in the presidential race between Clinton, the Democratic nominee, and GOP nominee Donald Trump.

Details of Obama’s appearance, including time and location, haven’t been released. Obama will encourage Nevada voters to cast ballots early. In Nevada, early voting starts Saturday, the day before Obama is in Las Vegas, and ends Nov. 4. The general election is Nov. 8.

Obama’s visit will continue to keep a national focus on Nevada following the third and final presidential debate in Las Vegas on Wednesday. Obama also will be focusing on Clinton’s economic goals for the United States, according to the advisory.

His appearance will lend star power to aggressive Democrat efforts to get out the vote for Clinton before Election Day. Obama carried Nevada in 2008 and during his re-election bid in 2012.

The tight race is one that could determine if Republicans continue to have majority control of the U.S. Senate.

Obama most recently visited Nevada on Aug. 31 at the Lake Tahoe Summit in Northern Nevada.

To RSVP to attend, visit https://www.hillaryclinton.com/events/view/LQGTO3A7VLQGD4G7/

Reid to campaign for Clinton, Cortez Masto in Northern Nevada