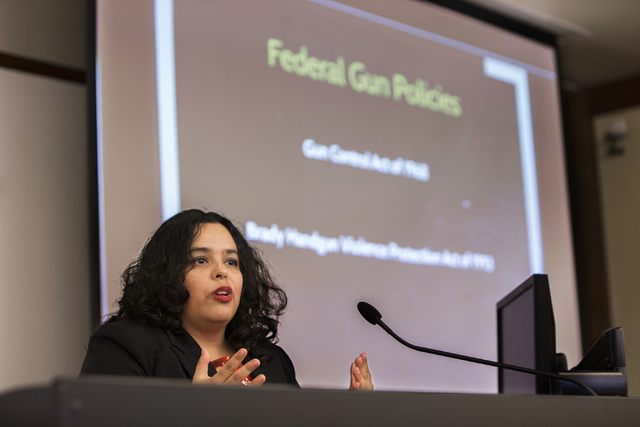 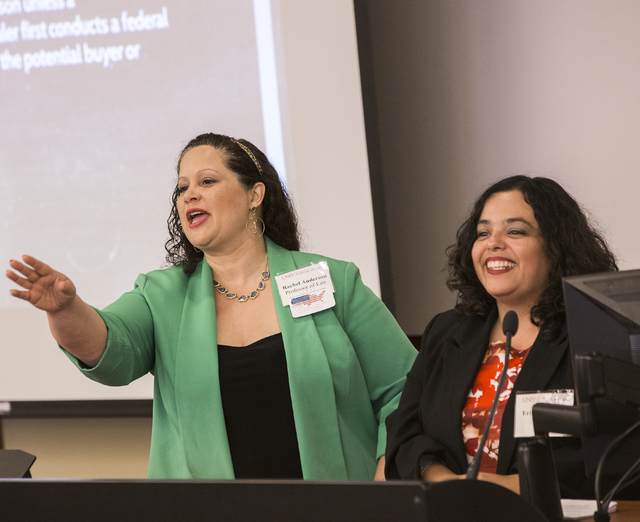 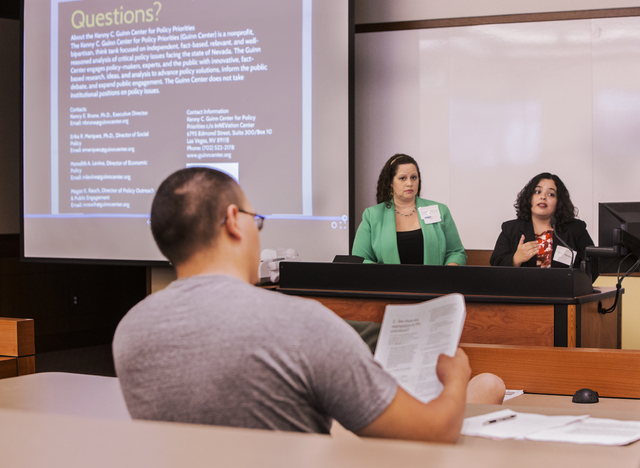 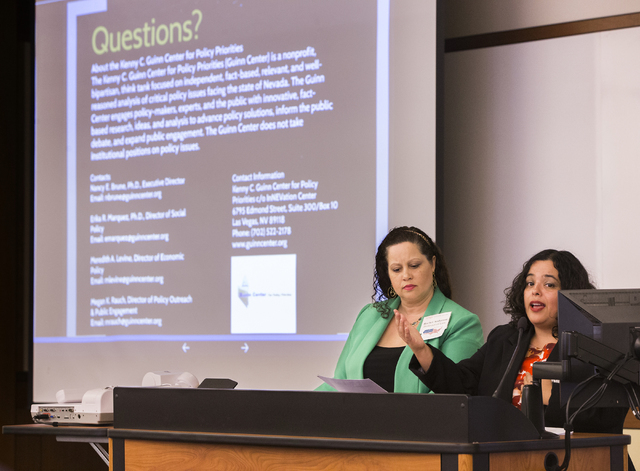 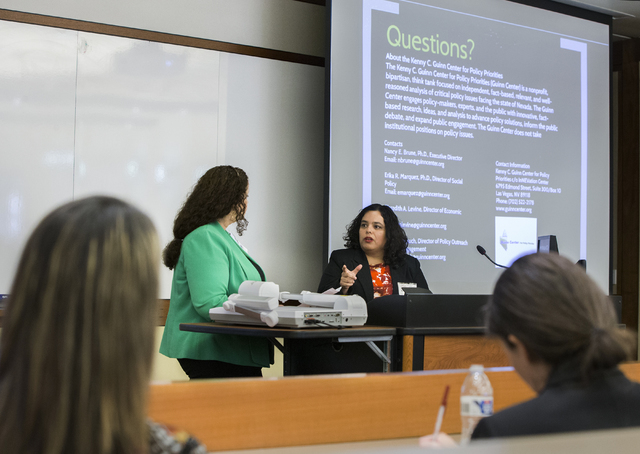 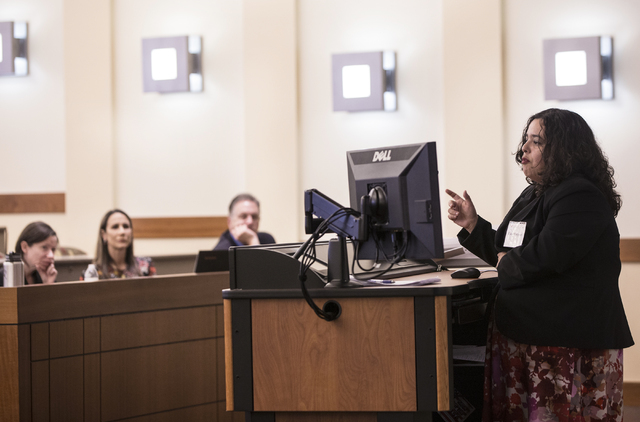 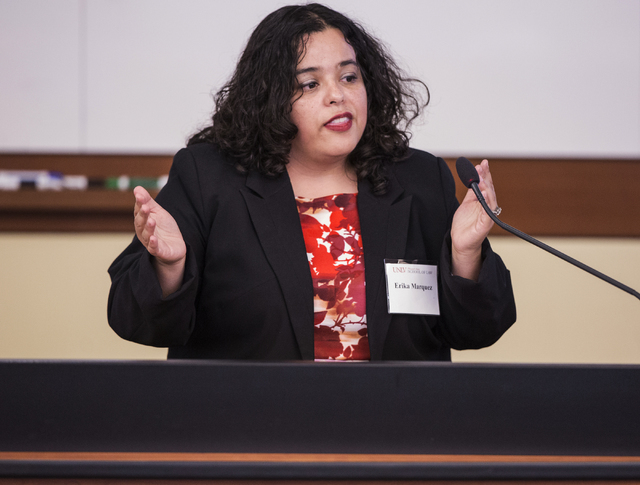 Question 1, a ballot initiative to expand firearm background checks to private-party sales and transfers raises lots of emotion and arguments. But a nonpartisan Nevada think tank on Wednesday examined the issue and found no answers but plenty to debate.

The Guinn Center, a bipartisan Nevada think tank named for a former state governor, did not take a position on the issues raised by Question 1. But it found independent evidence to support both sides of the argument and pointed out some of the measure’s flaws.

Erika R. Marquez, the Guinn Center’s social policy director, presented the report on Question 1. Rather than rely on studies by groups campaigning for or against the measure, she said the center worked to find independent, reliable data sources.

“We really wanted to make sure we put the information in one place so people could make an informed vote,” she said.

Marquez said there does seem to be a relationship between gun control laws and reduced firearm deaths. But there are also significant holes in data about how criminals obtain their guns, and gun control laws vary greatly from state to state.

A claim made by the measure’s opponents seems to be supported by a 2001 Department of Justice survey of inmates, which found that less than 1 percent of the criminals obtained a gun through an unlicensed sale at a gun show.

The Guinn Center report on Question 1 also noted the law will be a challenge to enforce, if not altogether unenforceable, without a firearm registration scheme — especially in rural counties with limited resources.

There could also be a financial impact if the state and the FBI decide to jettison Nevada’s current in-state background check system. If the FBI takes over the whole operation, Nevada will lose $2.7 million in revenue per year.

The report also pointed out that the “reasonable fee” the measure proposes to charge for background checks on private-party sales and transfers of firearms is not defined.

The center’s full report on the initiative is online at guinncenter.org.

Wednesday’s presentation was sparsely attended — 10 students, professors and community members came. But professor Rachel Anderson said the law school’s Voter Education Program’s events will “pick up steam” as the series proceeds. A bipartisan forum on the recreational marijuana ballot question will be held at 1 p.m. Wednesday in the school’s moot court room.