When Larry Burns’ children were young, he would lie on his back on the living room floor, close his eyes and stretch his arms, palms facing up.

One by one, his seven kids would place their tiny hands into his.

Burns would trace the lines on the palms of their hands with his finger, feel their knuckles and fill the space between their fingers with his — and then, with his eyes still closed, he would say which of his children’s hands he was holding.

That, according to Luke Burns, was the “tender and very gentle” side of his father, former Metropolitan Police Department Capt. Larry Burns, who was laid to rest Thursday morning just a week after his unexpected death at age 61.

About 2,000 people attended his funeral service held in The Smith Center for the Performing Arts’ Reynolds Hall. On any other day, a crowd of this size would mean a sold-out show at the theater.

An American flag was draped over his silver casket onstage. A portrait of Burns wearing his signature smile looked back at the crying audience, illuminated by a burnt-orange glow from the dimmed lights.

Burns once told his son Luke, “I just want to do right by you, boy.”

“That’s all my dad ever cared about,” Luke said as he looked into the crowd. “He never wavered from that.”

In a single breath, he said, “He wanted so sincerely, so truly, so honestly and earnestly to do right by his fellow man.”

“He was unparalleled. He was a giant.” Luke said, concluding his eulogy. “And we’ll all miss him dearly.”

That deep love he showed his family and friends often translated into his work, especially in leadership roles. Burns had a way of making every one he came into contact with feel like the most important person in the world, and it made those around him better, according to Dennis Flynn, a close friend and longtime Metro colleague.

“Didn’t he make all of us feel like we were the center of the universe when you spoke with him?” Flynn asked the audience.

Everyone in his life knew that nothing came before his family. But his love for his church and his work in law enforcement were a close second and third. Often, he married the two, instilling “servant leadership” into his policing, Flynn said.

“Even as a young officer, Larry knew it wasn’t about running down bad guys. He knew policing was really, truly about service,” Flynn said. “We all know Larry didn’t learn this on his own. That term, ‘servant leadership,’ came from Jesus Christ.”

Burns was a bishop for The Church of Jesus Christ of Latter-day Saints in Henderson, where he lived. He also put in 27 years with Metro before retiring in 2013.

Within a year, he re-emerged from retirement, challenging current Sheriff Joe Lombardo in the 2014 sheriff’s race. Burns had overwhelming support from rank-and-file Metro officers, according to an internal police union survey at the time. The Las Vegas Police Protective Association, which represents police and corrections officers, also endorsed him.

He narrowly lost to Lombardo, who won with 51 percent of the vote.

The sheriff’s race aside, perhaps what Burns is best known for within the department was his unwavering commitment to the communities he promised to protect as captain of the department’s Bolden Area Command, which encompasses Historic Westside.

“Your job is to police, not judge,” Burns would often tell his officers, according to Flynn.

Nearing the end of his career, Burns was approached by a Department of Justice employee, who was conducting a review of the agency. Burns’ area command had seen a reduction in violent crime under his leadership.

“What is your secret?” the interviewer asked.

“I’m going to tell you, but you’re not going to print it,” Burns told the interviewer. “It’s love.”

Flynn paused, allowing the audience to take that in.

“The interviewer wept,” Flynn continued, “to see a mountain of a man break it down to the simplest concept: love.”

Finally, a note was read aloud that Burns had written for his wife of 36 years, Elizabeth Ann, to find in case he died first.

Burns leaves behind his wife, Elizabeth Ann; sons Lawrence, Luke, Landon and Layton; daughters Alexis Dessau, Aliza and Alayna; and grandchildren Owen, Graham, Van, and Avery Dessau. He was preceded in death by his daughter, Aubrey. 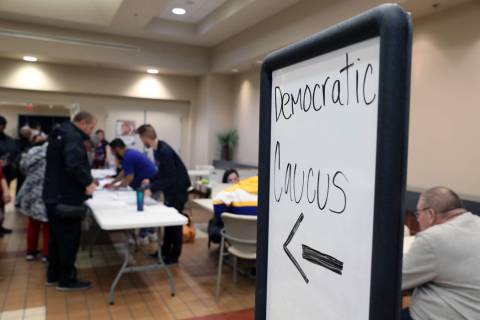 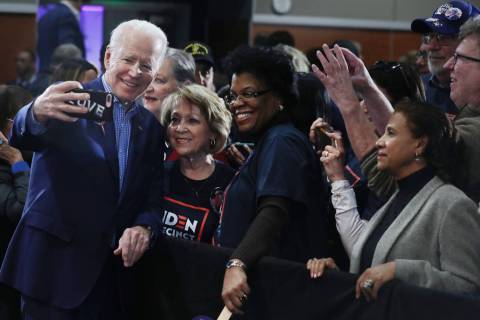 Democrats put Nevada in the rearview mirror Saturday and looked ahead to future contests on the presidential calendar, a road map that now gets problematic for candidates seeking the party’s nomination. 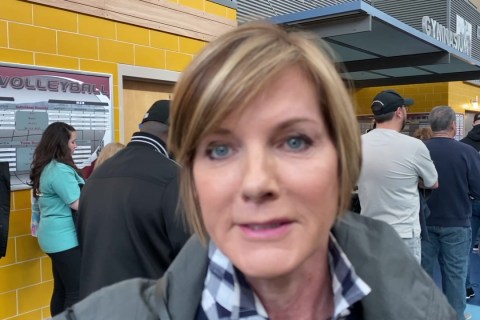 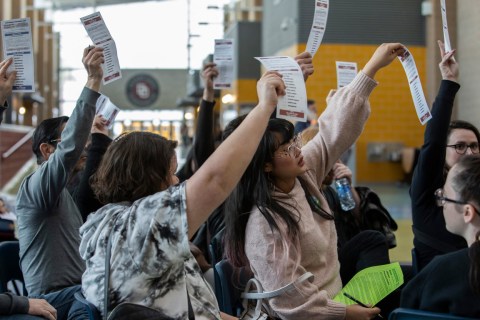 A look inside the Nevada caucuses — PHOTOS
/ RJ staff

Here are images from Review-Journal photographers and reporters from more than 20 voting sites across Nevada. 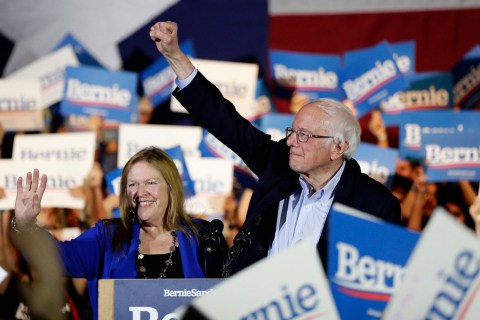 Vermont Sen. Bernie Sanders cruised to a commanding victory Saturday in the Nevada Democratic caucuses, cementing his status as the frontrunner for the Democratic presidential nomination heading into next week’s primary in South Carolina. 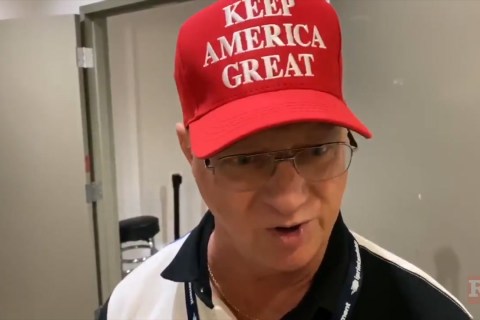 A Nevada GOP activist said he re-registered as a Democrat last weekend and offered Sen. Bernie Sanders as his first choice.