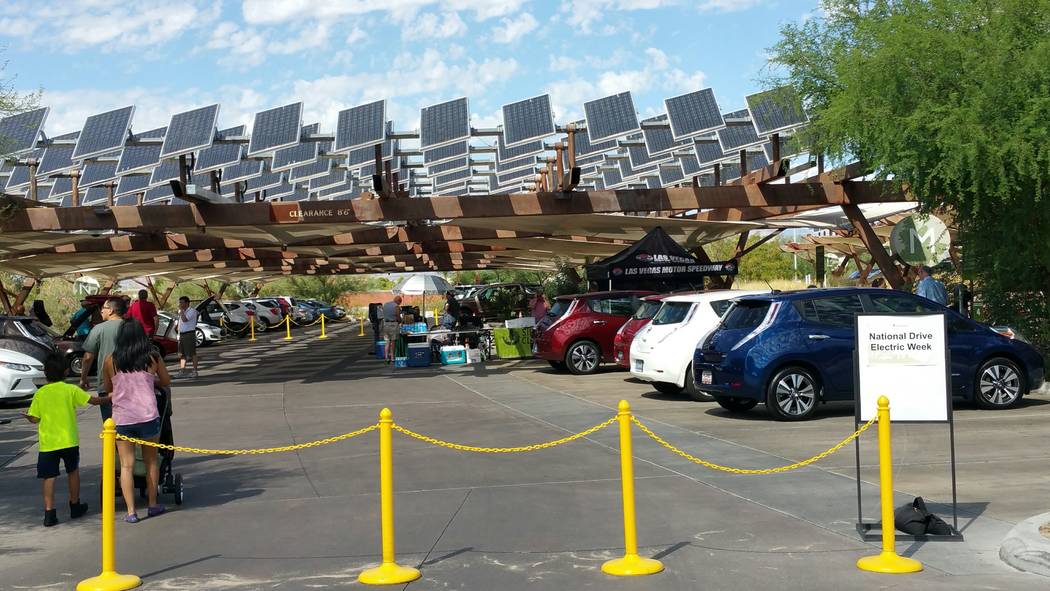 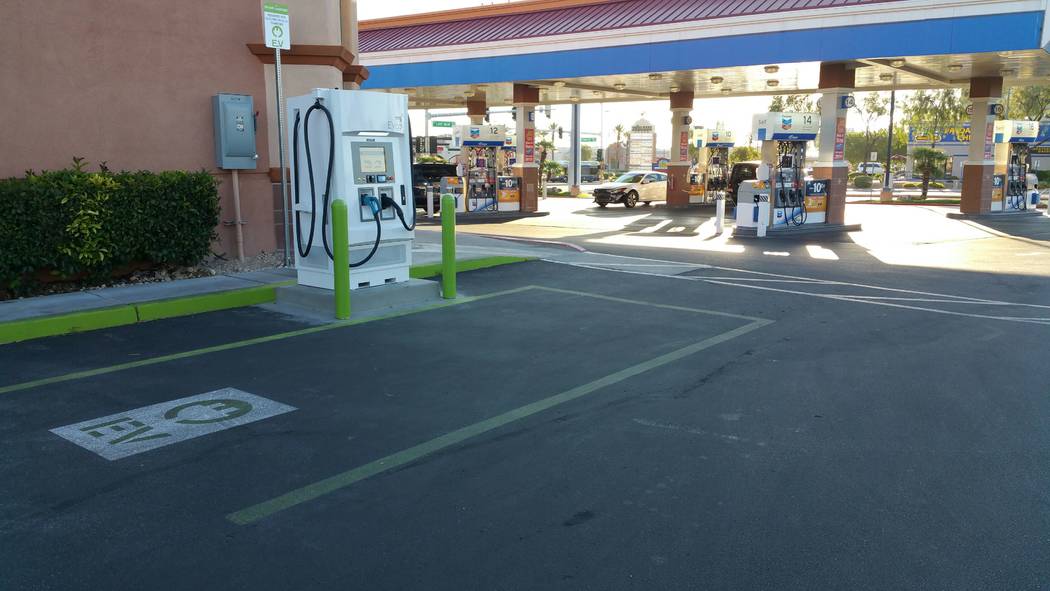 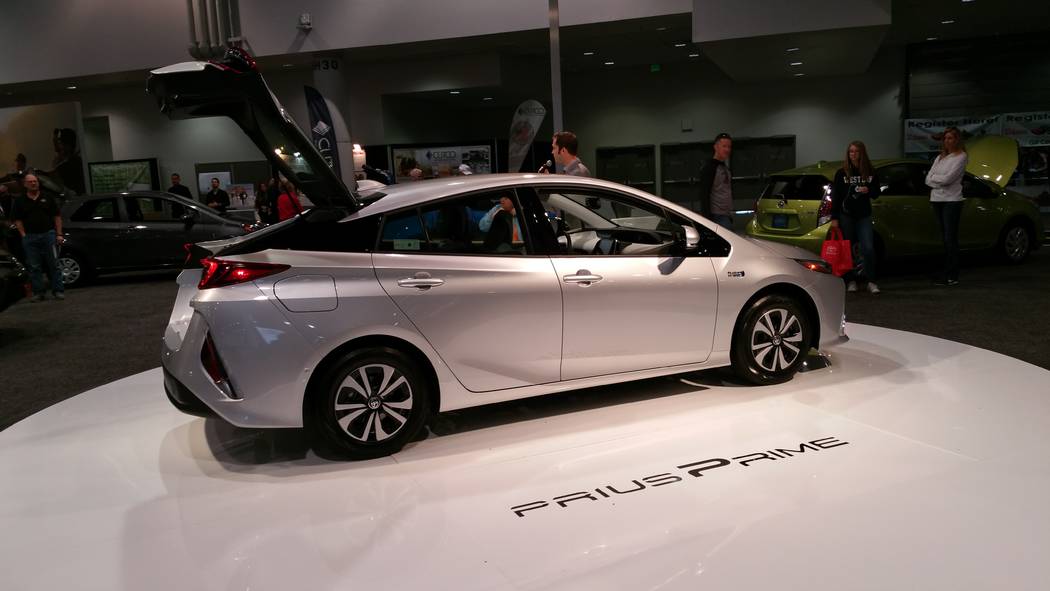 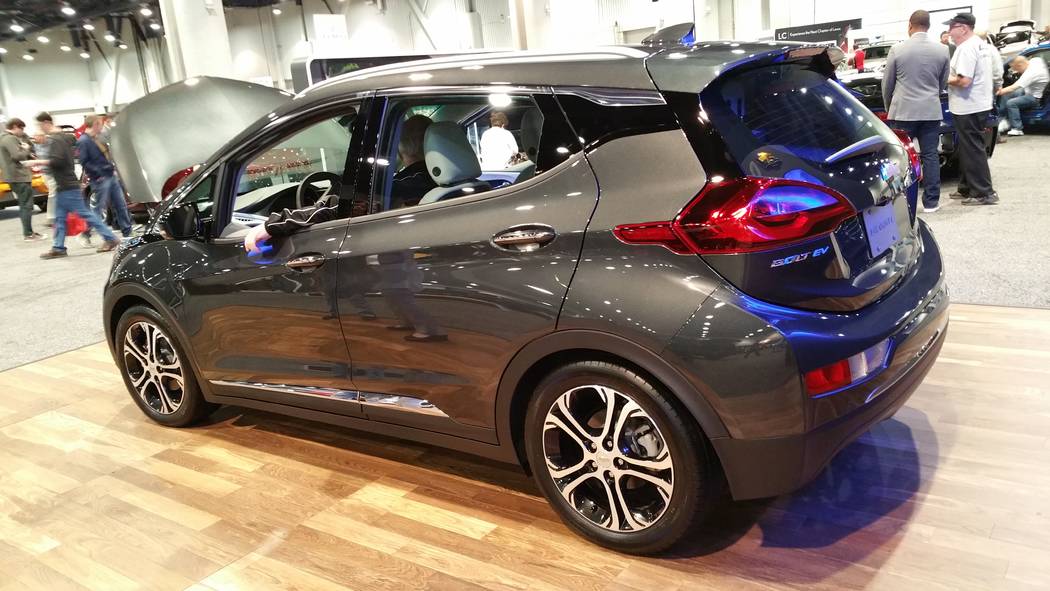 As part of National Drive Electric Week, an event will be staged at the Las Vegas Springs Preserve parking lot Saturday from 10 a.m. to 2 p.m. Today’s event will be held under a photovoltaic solar canopy that tracks the sun during the day while providing electric power to two ChargePoint electric car recharging stations.

Refreshments will be provided. Discount tickets to the Springs Preserve exhibits and facilities will also be available during the day of the event.

Local automotive dealerships are gearing up for a new wave of plug-in electric cars during the 2018 model year, which is offering more range, performance and advanced driver assistance systems, steering the way toward an autonomous driving experience in the near future.

The Chevrolet Bolt EV, Tesla Model 3 and Nissan Leaf are leading a new wave of battery-powered electric cars with larger battery packs and a longer range of more than 200 miles, as lithium-ion cell costs continue to drop.

Plug-in hybrid electric vehicles such as the Chevrolet Volt, Ford Fusion Energi and Toyota Prius Prime combine at least one electric motor with an internal combustion engine that can extend total operating range over 400 miles through a combination of electric motor and gasoline-powered propulsion systems.

Worldwide automotive trends are also pushing the adoption of electric car technologies across all product lines as France, the U.K. and Norway have established goals to eliminate the sale of vehicles with internal combustion engines by 2040.

China continues to push incentives to allow it to become a lead manufacturer and consumer of electric cars through economies of scale. The Chinese consumer market now influences product demand for all international automotive manufacturers. Total 2016 automotive sales in China were 28 million, compared with about 17 million in the U.S.

Recharging station infrastructure throughout the U.S. is also continuing to expand across the country, led by the Tesla SuperCharger network. Patchwork installations for other charging protocols such as CHAdeMO and SAE Combo are establishing new pathways on major U.S. interstate highways.

A Nevada Electric Highway project led by the Nevada Governor’s Office of Energy plans to connect electric car owners with DC Fast Charge stations at strategic locations every 100 miles along major highways in the state. For information, visit www.energy.nv.gov.

California’s Drive the ARC project links Lake Tahoe in Nevada to Sacramento, the San Francisco Bay Area and south to Monterey. Interstates 80 and 50 in California will feature DC Fast Charge stations from NRG EVgo with both CHAdeMO and SAE Combo connectors. The 26 recharging stations will initially offer electricity at no cost and can recharge a 200-mile-range battery pack within about 45 minutes. Information can be found at www.drivethearc.com.

Disclosure: Stan Hanel is an outreach coordinator for the Nevada Electric Vehicle Accelerator program from REA250.org and a member of the board of directors for the local Las Vegas Electric Vehicle Association.