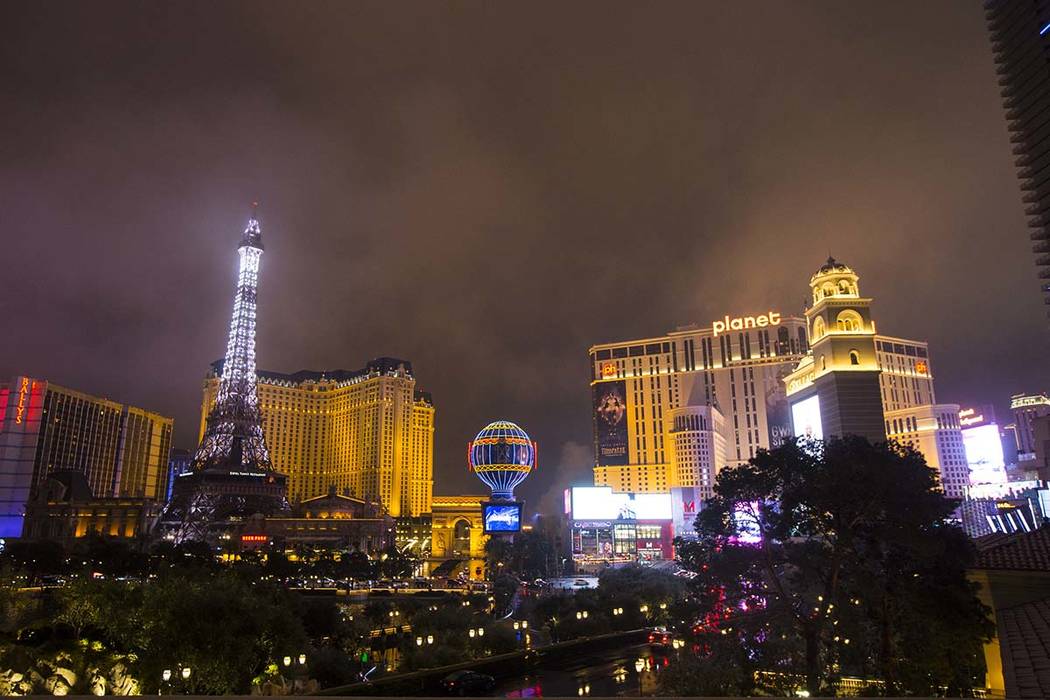 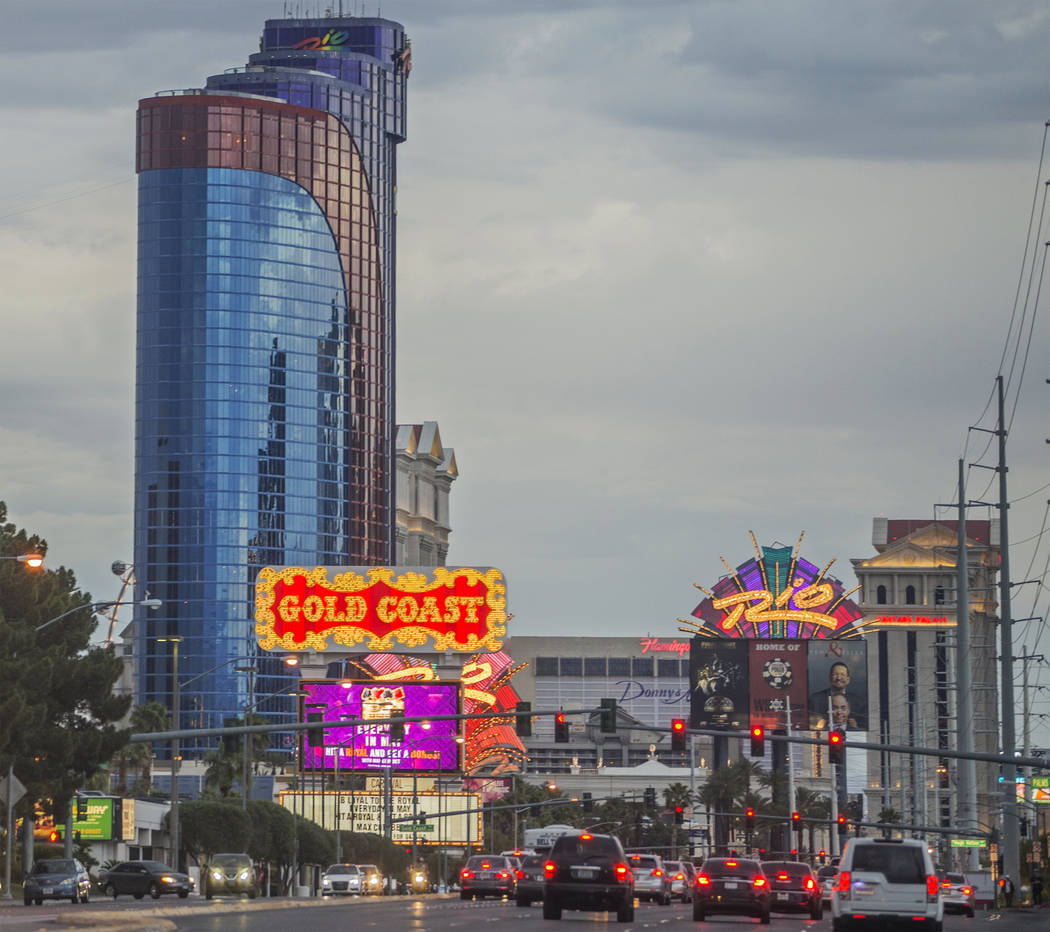 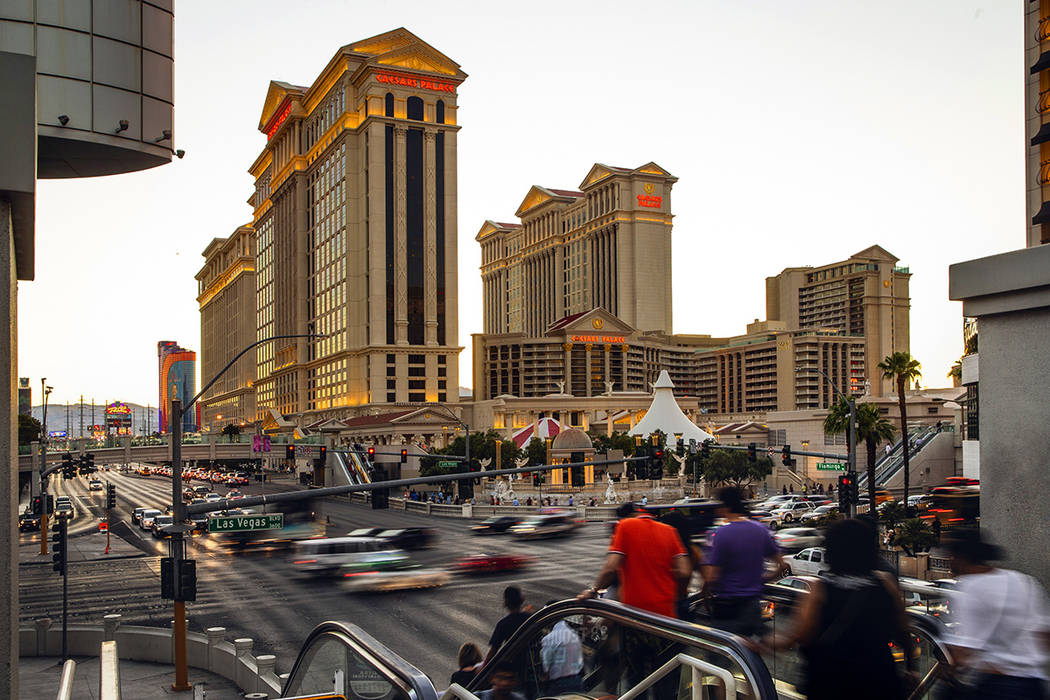 Caesars Palace in Las Vegas. A casino juggernaut was formed on June 24 when Eldorado Resorts announced it was buying Caesars Entertainment Corp. for $17.3 billion. (L.E. Baskow/Las Vegas Review-Journal via AP) 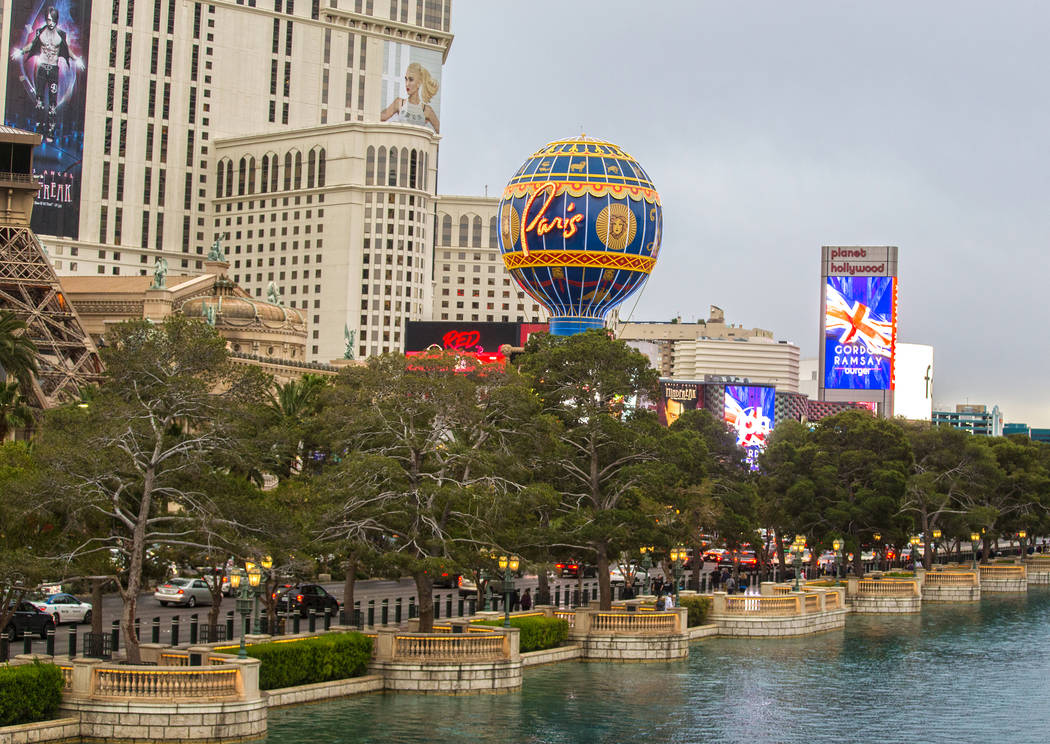 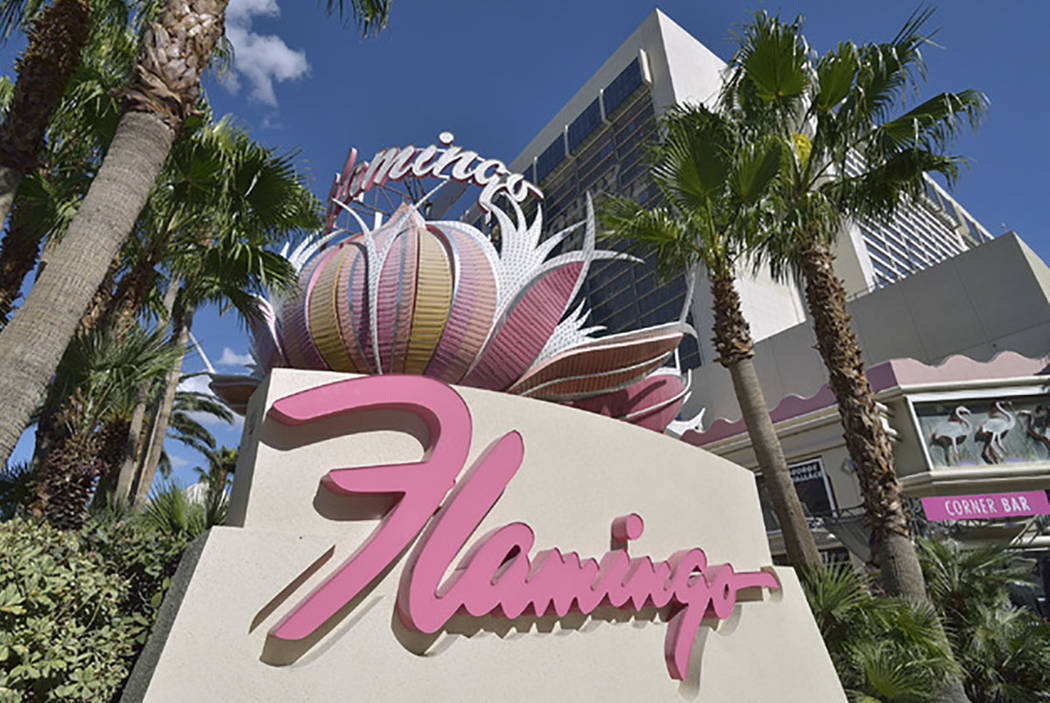 The gaming industry is still buzzing about last month’s announcement that regional gaming leader Eldorado Resorts Inc. of Reno is looking to buy Caesars Entertainment Corp. for $17.3 billion. The deal is slated to close in 2020, pending regulatory and shareholder approval.

The two companies aren’t talking about many of the details of the deal, but Eldorado CEO Thomas Reeg said in a conference call June 24 it’s likely the new company will sell some of its Las Vegas assets, a strategy that would reduce some financial pressure on the company.

“I think that there’s more Strip exposure than we would need to accomplish our goals with our regional database,” Reeg said. “So I would expect that we would be a seller of a Strip asset, but that decision has not been made.”

The company also is expected to offload properties in other locations — Atlantic City, Laughlin, Lake Tahoe and Missouri come to mind — to satisfy Federal Trade Commission antitrust concerns. In fact, Eldorado announced Thursday it has agreed to sell two of its properties — the Isle of Capri Casino Kansas City in Missouri and Lady Luck Casino Vicksburg in Mississippi — to Twin River Worldwide Holdings Inc. for about $230 million in cash.

A handful of potential buyers have made it clear they would be interested in some Caesars assets on the Strip. The question that lingers: What Caesars properties make the most sense to get rid of?

Alan Woinsky, president of New Jersey-based casino industry consultant Gaming USA Corp., said a case could be made to sell just about any of Caesars’ nine Las Vegas locations.

“In most deals, especially ones of this size, you have a lot of divestitures you know are going to have to be done when they try to get the deal approved,” Woinsky said. “You never know what the FTC will do. They could look at Nevada as a whole instead of just the Las Vegas Strip, but I think in this case, Caesars’ Las Vegas footprint doesn’t fit in with Eldorado’s strategy. They’re not going to want to be that concentrated.”

Which means while regulators may not force the new company to sell anything in Las Vegas, the merged company will probably do so.

What Eldorado will likely do in the months ahead is determine how much it can fetch for each of those assets and zero in on a deal that generates the most capital without losing an integral piece of the empire.

As for Harrah’s — not exactly one of the Strip’s headline properties — it’s the brand that’s important. While the Harrah’s name doesn’t pack a punch on the Strip, it’s a highly recognizable name from Atlantic City to San Diego and New Orleans to Phoenix.

“Outside of those two, it would not shock me to hear any and all of Las Vegas’ Caesars properties mentioned as potential targets for divestiture,” he said.

So what will be sold? Here’s a property-by-property assessment with observations by Woinsky and other analysts who are trying to get a gauge on what the Strip ownership profile will look like in 2020.

■Bally’s. The brand doesn’t have as much cache as it once had. The brand used to be associated with slot machines and gaming equipment manufacturing until, through a series of transactions, it became a part of Scientific Games Corp. Still, Bally’s is an important brand in Atlantic City and Woinsky speculates that a buyer could get both properties and the name in one deal.

■Paris Las Vegas. Woinsky doesn’t see the company wanting to lose Paris, one of the higher-end properties of the bunch.

■Flamingo. While the building has an interesting backstory in Las Vegas history, it’s not a big name in the brand-happy Caesars stable. Or, as Woinsky put it, “I’ve never heard of a visitor say they really, really want to stay at the Flamingo.”

■The Linq Hotel. Analysts aren’t expecting it to be jettisoned because Caesars has put so much investment into it and the adjoining promenade and High Roller attraction. Besides, it’s right near the $375 million Caesars Forum conference center due to open in 2020.

■The Cromwell. A possible candidate for sale with its boutique vibe. It’s also home to Drai’s Beachclub and Nightclub. Does Eldorado want a piece of that market? The company’s track record suggests it’s more about gambling than non-gaming attractions.

■Planet Hollywood. Another brand in the Caesars collection that had more meaning years ago when Sylvester Stallone, Arnold Schwarzenegger, Bruce Willis and Demi Moore were backing it. It has to be a sale candidate.

■Rio. Saving the most likely for last, the Rio has been a candidate for sale well before Eldorado entered the picture having already been on the market. But Woinsky also notes that the Rio profile is closest to what Eldorado has in other markets.

Whichever it is — or they are — the end result is going to be a departure from what exists.

“This is going to bring out a really big change in the industry because there are going to be a lot of properties sold (in Las Vegas and elsewhere),” Woinsky said. “And it’s going to change the landscape of gaming and hopefully for the better.”

This story has been updated to reflect that Bally’s and Paris have separate gaming licenses.