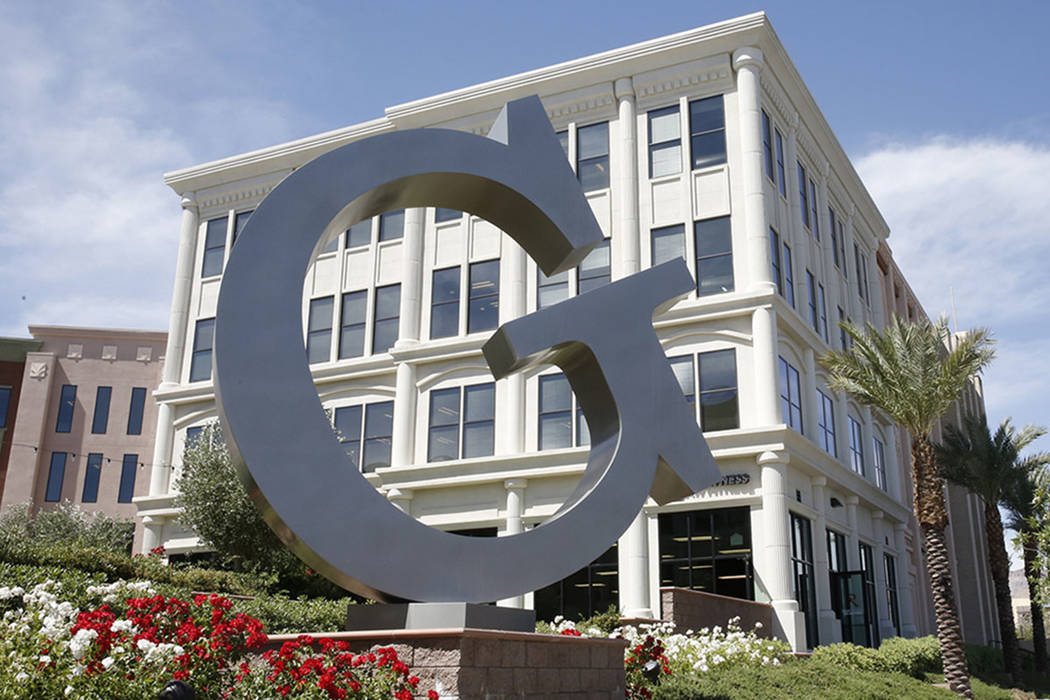 Before anyone rented its apartments, or the office tenants moved in, or the eateries opened their doors, the Gramercy was known as ManhattanWest, and it was a scary place.

Abandoned by its developer when the economy crashed, the once-partially built project on Russell Road west of the 215 Beltway sat untouched for years. It had barbed-wire topped fencing, and its unfinished nine-story condo tower, with its exposed floors and partial covering of blue-glass panels, looked like it belonged in a war zone.

Eventually, investors bought the project for cents on the dollar, renamed it and finished it, imploding the condo tower along the way. And they’ve turned the former eyesore into high-priced real estate.

The sellers were WGH Partners and the Krausz Cos., which acquired the 20-acre mixed-use project in 2013 for $20 million from original developer Alex Edelstein.

The commercial buildings, comprising office space with ground-floor retail, are 98 percent leased, WGH partner Benjy Garfinkle told me. The purchase amounted to $330 per square foot; by comparison, investors paid an average of $174 per square foot for Southern Nevada office properties in the first quarter, according to brokerage Colliers International.

Newcomers to Las Vegas might know the Gramercy as the project off the Beltway with the giant “G” sculpture out front, some places to eat and urban-style apartment buildings.

I haven’t lived in Las Vegas too long — it’ll be five years in July ­— but I’ve been here long enough to remember what ManhattanWest looked like. And after the market tanked, I doubt anyone was offering $62 million for any of that.

Summerlin boasts some of the highest home prices in the valley, but its developer is hinting that more-affordable options might be on the way.

In a letter to shareholders this week, Howard Hughes Corp. CEO David Weinreb pointed to Las Vegas’ relatively low tally of new-home sales. In an effort to “increase velocity, we are focused on developing a product that targets a broader pool of potential homebuyers,” he wrote.

About 70 percent of home sales in the Las Vegas area fetch less than $400,000, he added, and in Summerlin, “we have historically not met that lower-priced segment” of the market. The company is looking to develop options that can maintain Summerlin’s high quality, he said, “while allowing us to have a price point that meets this demand.”

Lower prices don’t always mean door-buster discounts, but they can help builders sell faster. Not that Summerlin is hurting for buyers.

According to consulting firm RCLCO, builders sold 769 new homes in Summerlin last year, up 28 percent from 2015 and fifth-highest among U.S. master-planned communities.

The deal apparently was part of a larger portfolio sale: TA announced on April 4 that it sold 45 office and industrial properties in 12 states to Brookfield for $854.5 million combined.

Bottom of the heap

Las Vegas and Nevada often get beat up in national rankings. And lately, it seems the Silver State has been getting pummeled more than usual, thanks to a steady stream of lists from WalletHub.

This month alone, the personal-finance site called Nevada the most gambling-addicted state in America, the worst state for children’s health care, eighth-worst for millennials and the seventh-most stressed state.

Among other things, WalletHub says Nevada is the eighth-best place for singles and has the fifth-lowest tax rate, and that Las Vegas is the best city to get married.

Who needs schools and health care when you’ve got Elvis officiating weddings?