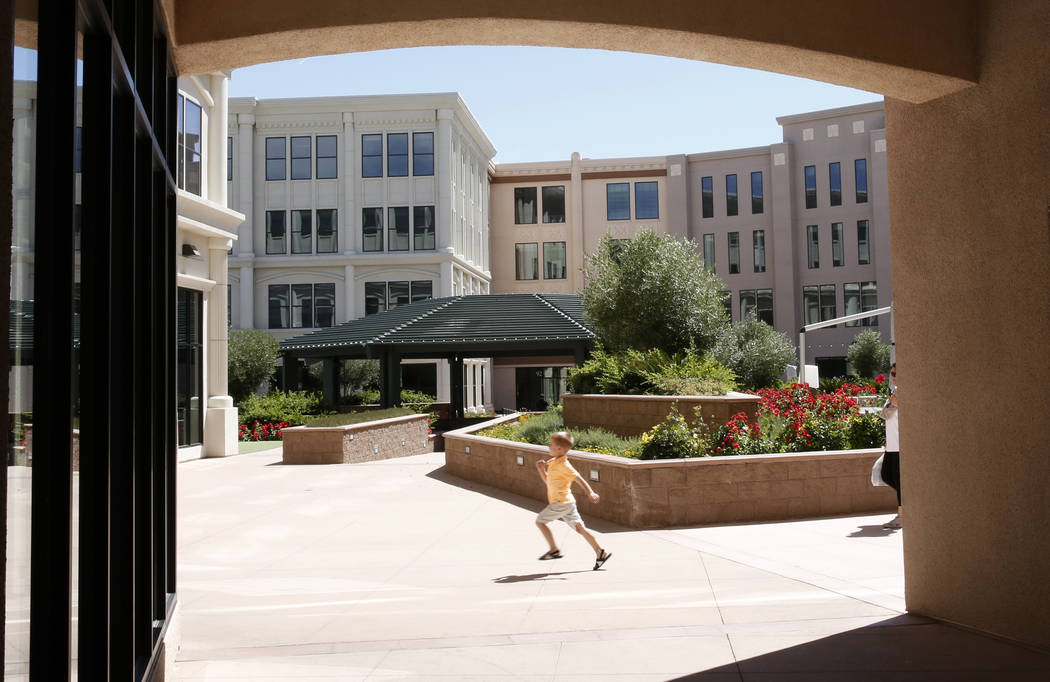 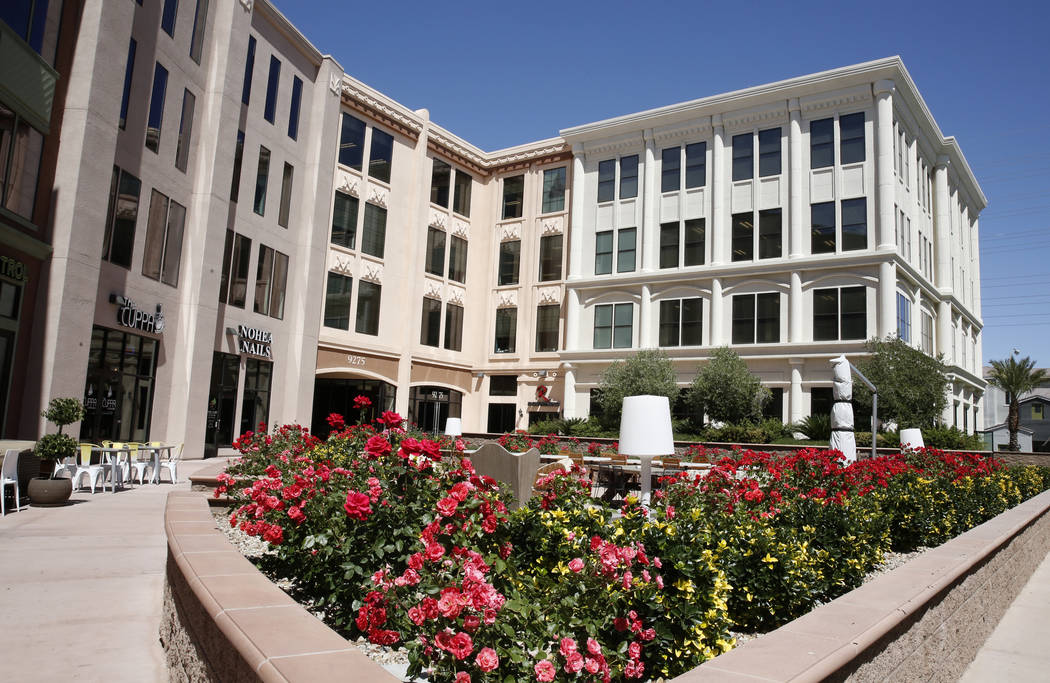 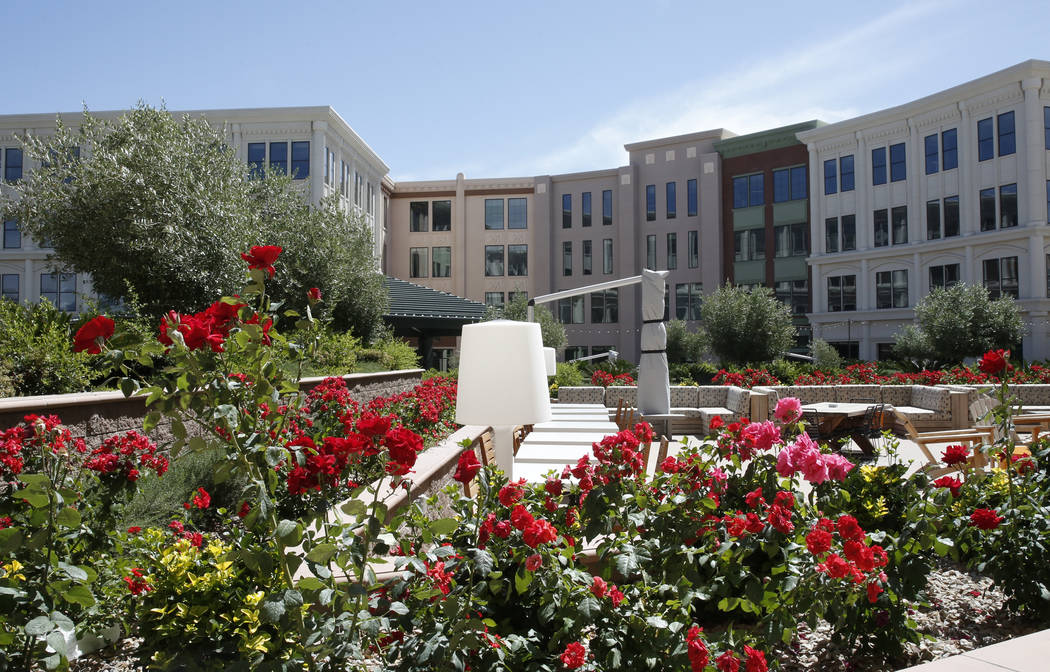 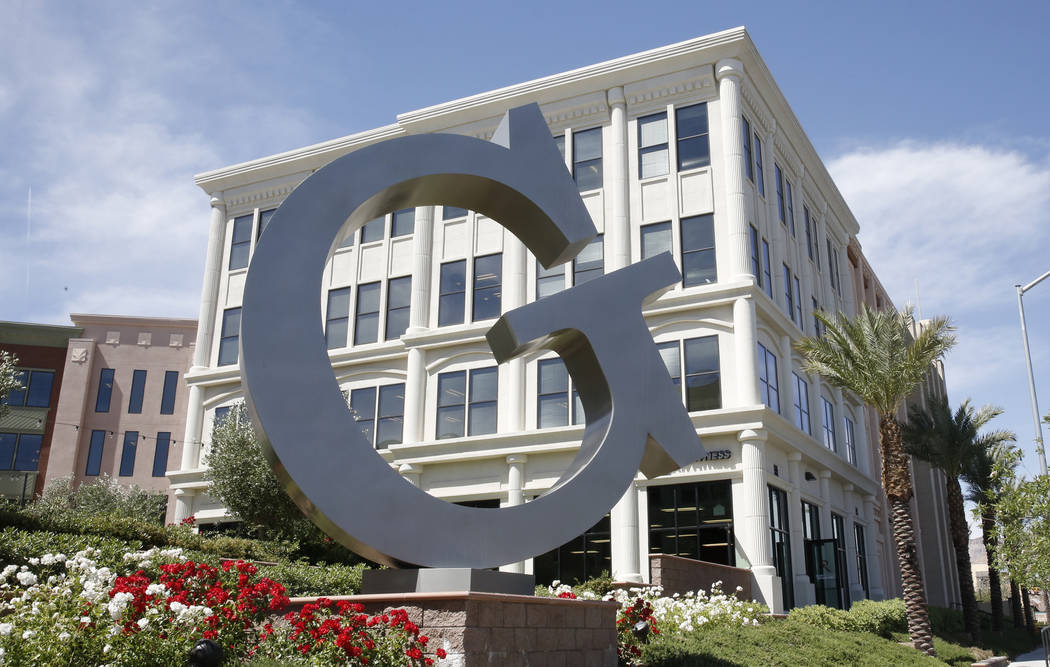 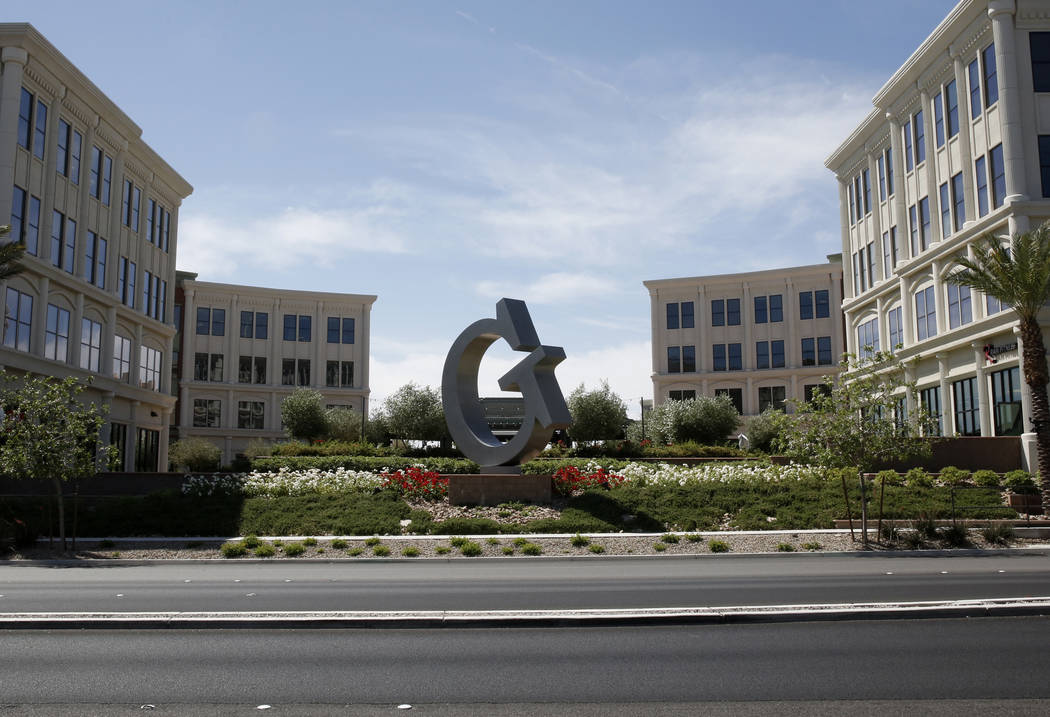 The Gramercy was once a partially built eyesore in the Las Vegas suburbs, abandoned by its developer when the economy flopped.

And now, after investors bought it, finished it and leased it up, two real estate firms are betting that its commercial space will stay filled with tenants.

Their purchase is the latest big wager on commercial real estate in southwest Las Vegas, perhaps the fastest-growing area of the valley, where investors have been buying and building apartment complexes, office buildings, retail space and housing tracts.

It’s also a full-circle moment of sorts for a mixed-use project that for years was a constant reminder of the real estate bust.

The sellers were WGH Partners in Las Vegas and the Krausz Cos. in San Francisco. They acquired the Gramercy, formerly known as ManhattanWest, in 2013 for $20 million from original developer Alex Edelstein, who mothballed the 20-acre project on Russell Road just west of the 215 Beltway after he reportedly lost his funding.

WGH partner Benjy Garfinkle told the Review-Journal on Tuesday that the two commercial buildings have around 187,000 square feet of space combined and are 98 percent leased. Office space makes up about 80 percent of the buildings.

Garfinkle said that when his group acquired the unfinished project, it figured it wouldn’t have problems leasing out the offices, as there wasn’t much Class A, or high quality, space in the southwest valley.

But they questioned “big time” whether the retail would work out. It took them longer than expected to fill the space, he said, adding “some of that was our own doing” because the landlords didn’t want national chains.

Today, no retailers have closed shop, and according to Garfinkle, their revenues are increasing.

Garfinkle also said that his group was looking to list the commercial buildings for sale when the buyers called. He noted the purchase amounted to about $330 per square foot. By comparison, investors paid an average of $174 per square foot for Southern Nevada office properties in the first quarter, according to brokerage Colliers International.

Scott Meserve, who oversees acquisitions and development for Irvine, California-based Koll, declined to comment on the purchase.

Lance Fair, chief operating officer of Orlando, Florida-based Estein, said the buildings are well-leased, sit in a growing part of town and have great tenants. He said the new owners are not planning any noticeable changes anytime soon.

“We love the property,” Fair said.

Edelstein, developer of Manhattan Condominiums south of the Strip, envisioned ManhattanWest as having 600-plus homes as well as offices, retail and a hotel.

In mid-2008, as the once-roaring economy was tumbling, he sent out a press release announcing his new blog, FrothingDeveloper. The site was “designed to counter the media’s perennially negative spin on the economy and the housing market.”

“I love the smell of recession in the morning,” Edelstein quipped in the announcement. “The greatest opportunities come when everyone else is paralyzed by fear, particularly when I know that fear is irrational.”

He reportedly stopped construction of ManhattanWest six months later, in late 2008, as the economy was crashing. Garfinkle has said that Edelstein spent $170 million on the project.

WGH and Krausz completed much of what Edelstein left behind. One exception was his unfinished nine-story condo tower, which was imploded in 2015.

According to Garfinkle, the Gramercy’s two four-story apartment buildings are 90 percent occupied. His group also has plans for a new four-story, 100,000-square-foot office building at the Gramercy. He hopes to start construction in 12 to 18 months.