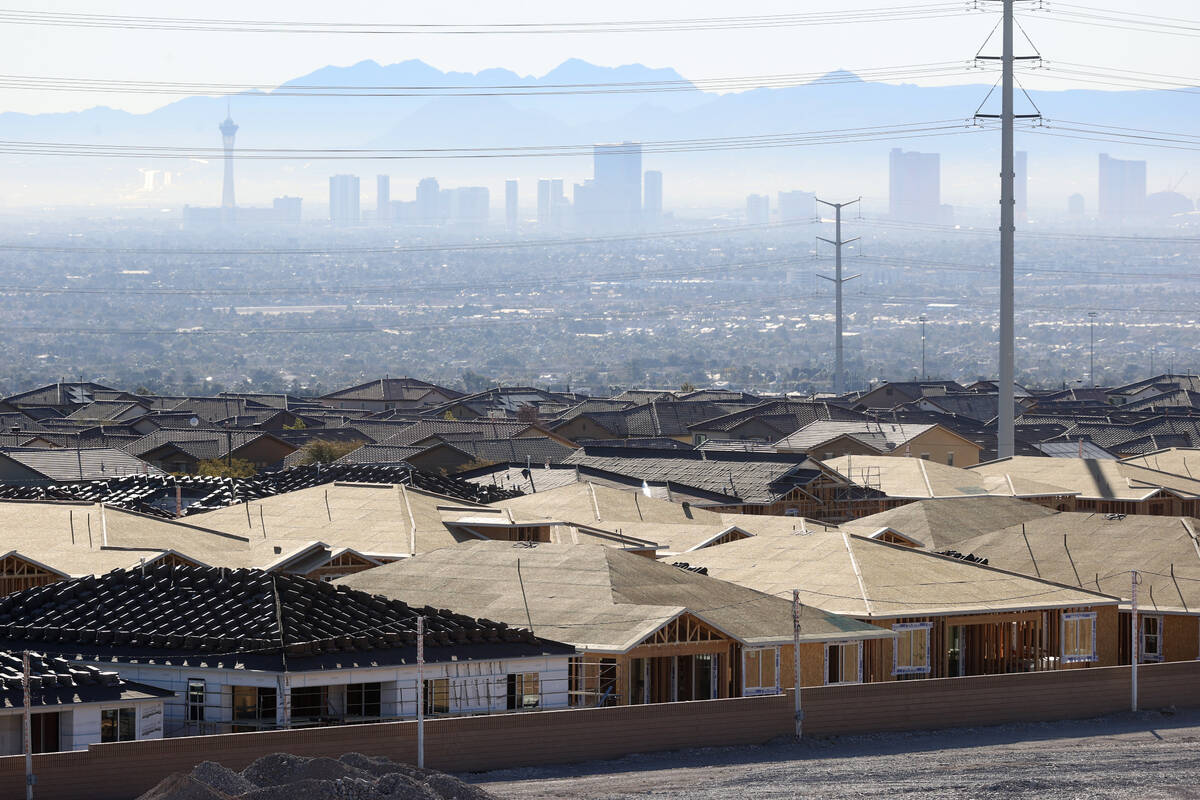 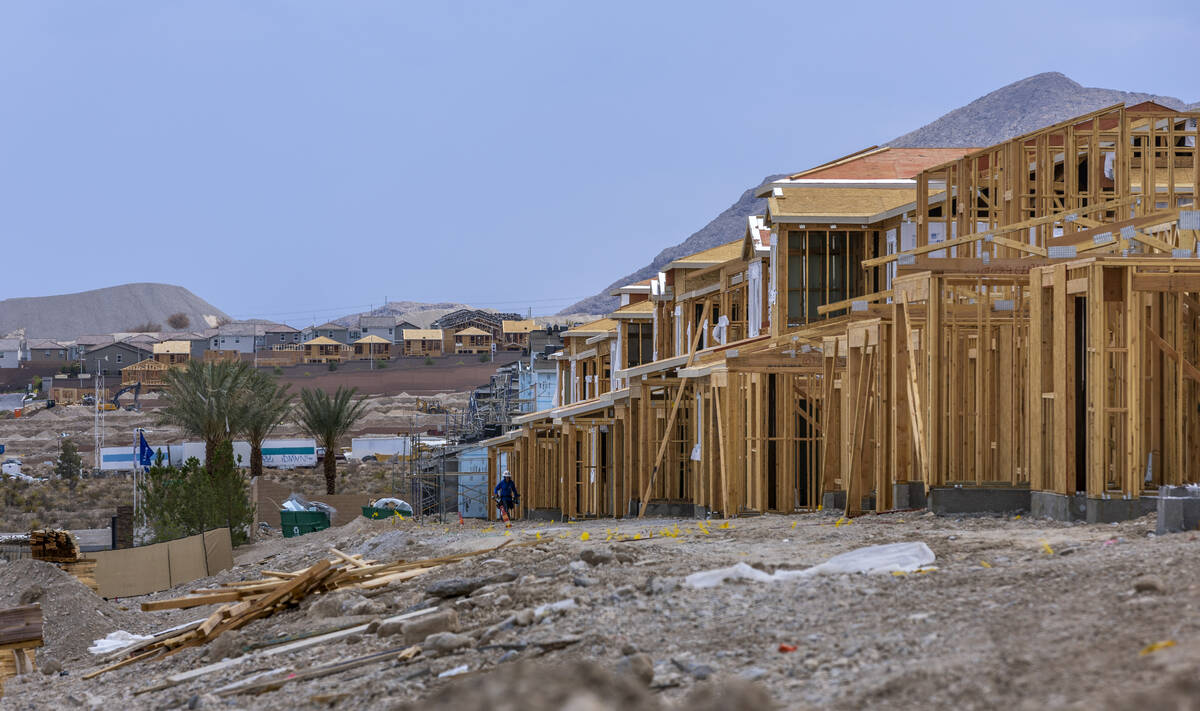 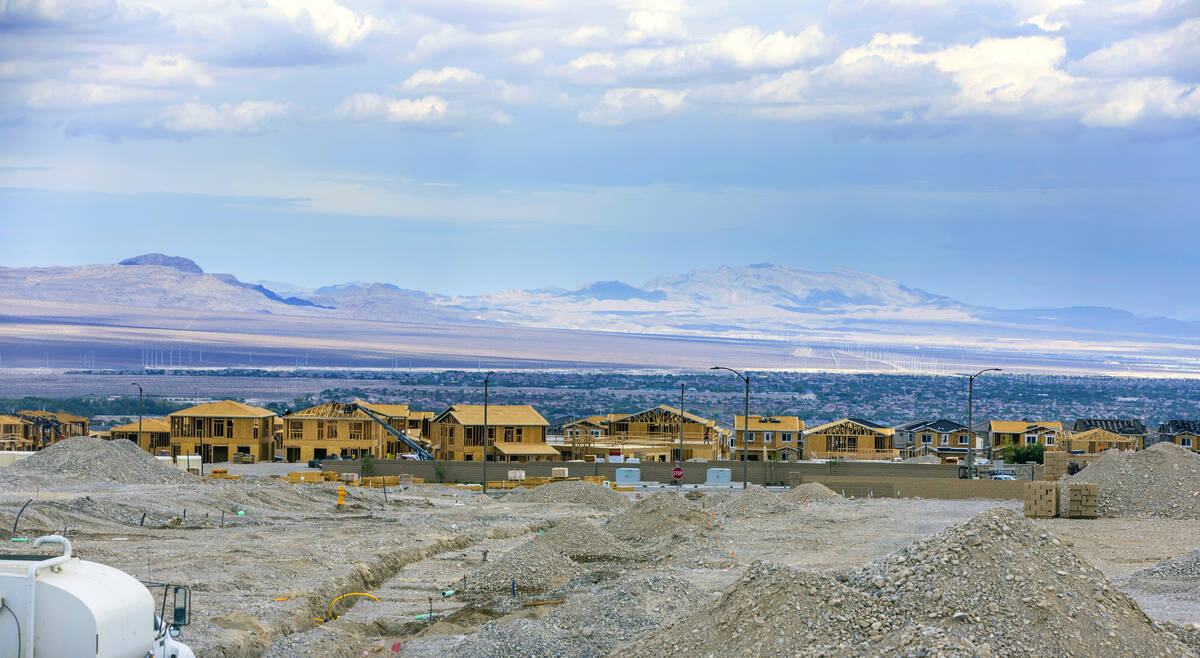 Las Vegas’ housing market got something of a breather recently.

Mortgage rates have ticked lower in the past month, cutting buyers’ borrowing costs. But locally and nationally, after months of slowing sales activity, it’s unclear how much of a boost this will give.

The recent decline in rates “has been large,” but homebuyer sentiment “remains low with no major positive reaction in purchase demand,” Sam Khater, chief economist with mortgage buyer Freddie Mac, said this week.

Resale prices have tumbled to their lowest level of the year, sales have plunged from 2021 tallies, and builders have offered more incentives to buyers and higher commissions to agents who bring them in.

It’s anyone’s guess when the market will change course. Mortgage rates, despite the recent drop, are still more than double what they were a year ago.

Also, Las Vegas’ market — with its track record of accelerating, hitting the brakes, and repeating — has been slowing faster than the nation overall in key ways.

‘Our buyers are definitely feeling it’

Locally, house prices slid 2.4 percent from August to September, compared with a 1 percent dip nationwide in that time, according to the most recent S&P CoreLogic Case-Shiller index.

A higher share of sellers have cut their prices here, as 42 percent of Las Vegas-area home listings had a price drop in September, compared with 27.5 percent nationally that month, listing site Zillow reported. Both figures were up from the 9 percent-range in February.

Sales volume is also shrinking faster here. Among the 50 most populous metro areas in the nation, pending sales recently dropped the most in Las Vegas, falling 65 percent year-over-year in the four weeks ending Nov. 27, according to brokerage firm Redfin.

But he said the homebuilding market is “much slower,” and buyer traffic has dropped off from last year’s levels.

Many people can’t qualify for a mortgage, as they can’t afford the higher payments brought on by rising interest rates, McCormick indicated.

“Our buyers are definitely feeling it,” he said.

‘Standoff between buyers and sellers’

On the resale side, 1,521 houses traded hands in November, down 53.5 percent from the same month last year, trade association Las Vegas Realtors reported.

Last month, single-family homes sold for a median price of $430,990, the lowest of the year and down from a record-high $482,000 in May, according to association data.

Nationwide, housing markets continue to face a “loss of consumer confidence” and an “ongoing standoff between buyers and sellers,” Selma Hepp, deputy chief economist with housing tracker CoreLogic, recently said in a statement.

The average rate on a 30-year home loan was 6.33 percent this week, down from 7.08 percent a month ago but still up from the 3.1 percent rate a year ago, federal data shows.

If mortgage rates keep sliding, will the housing market break through its logjam?