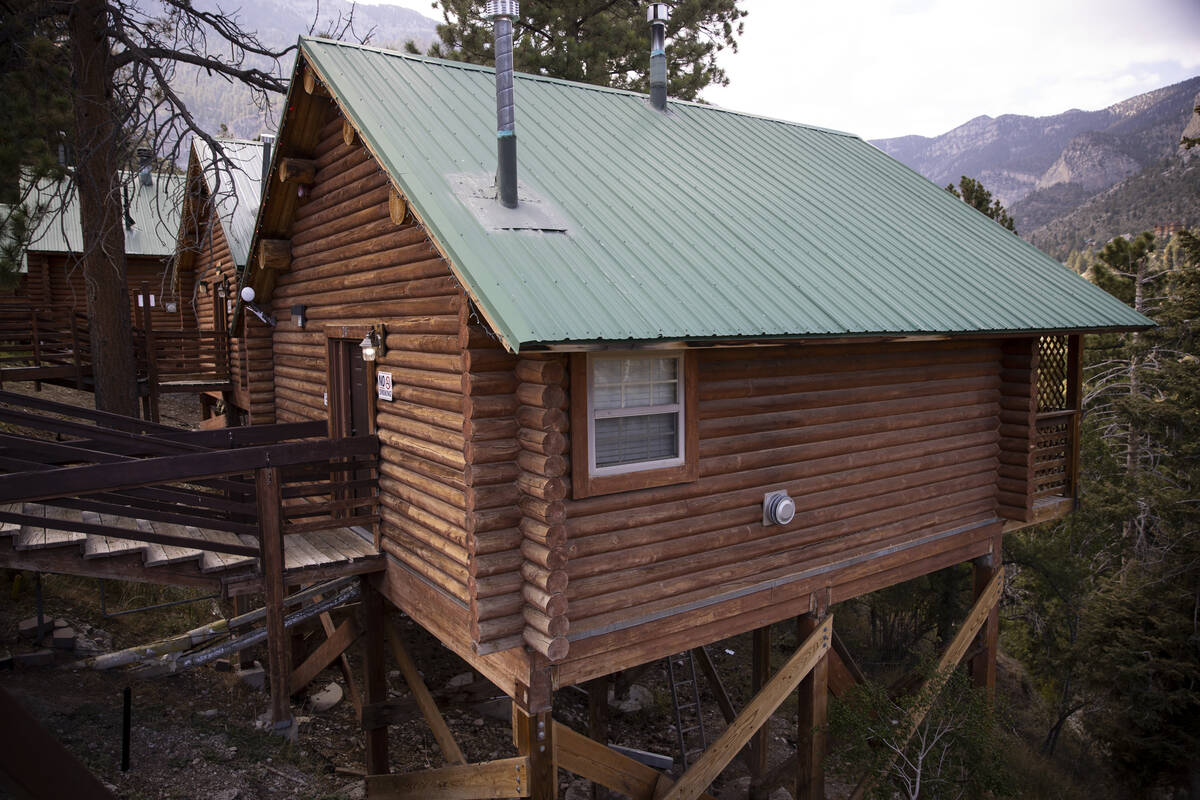 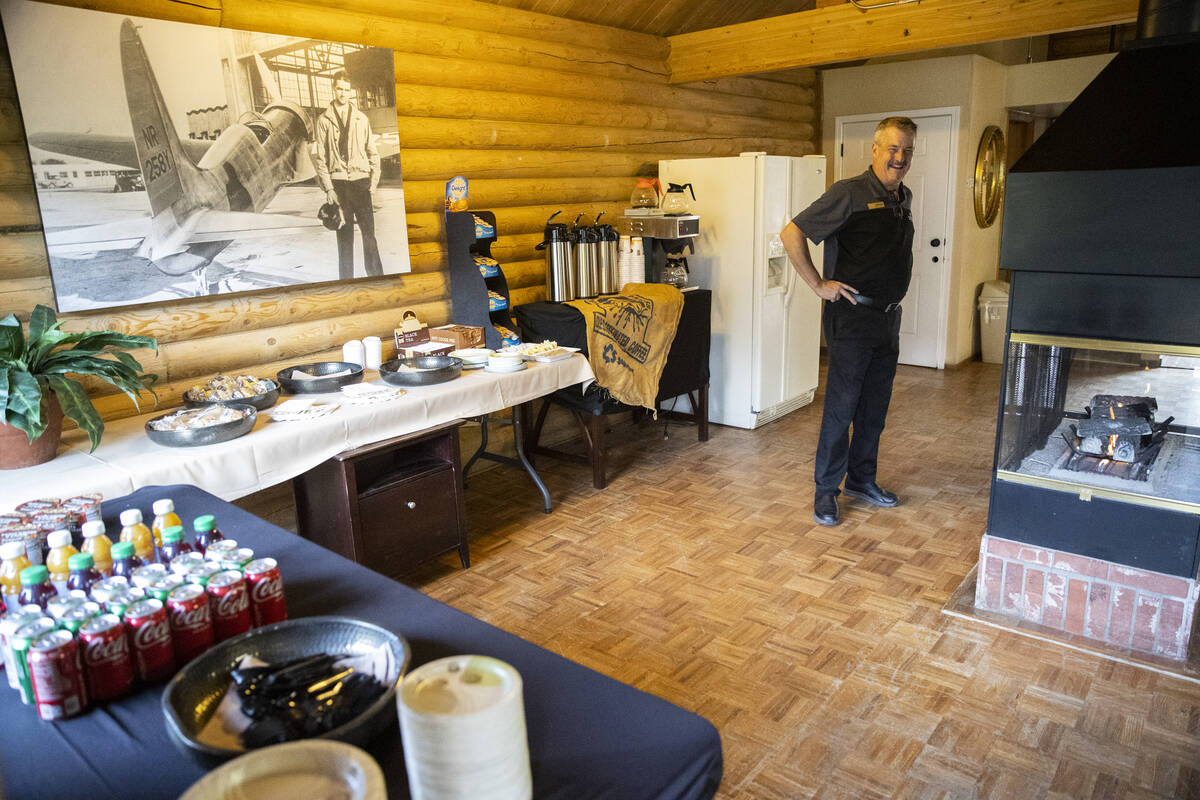 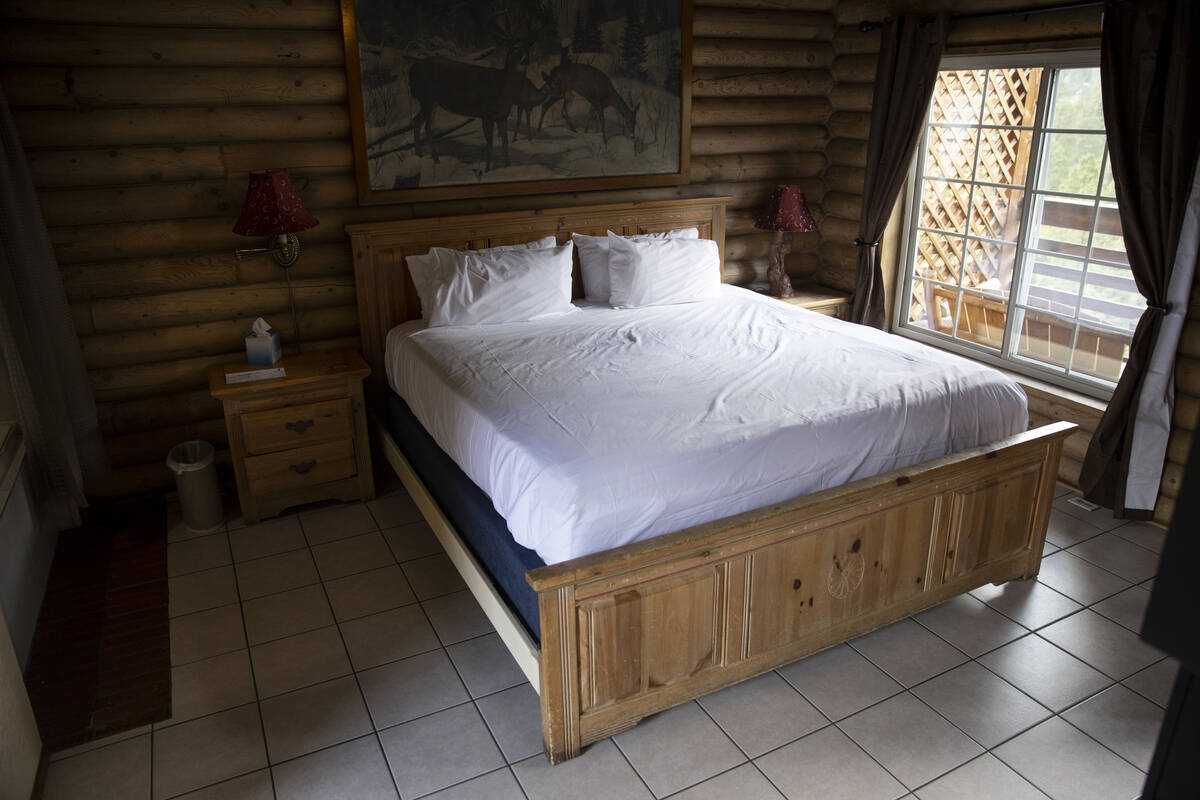 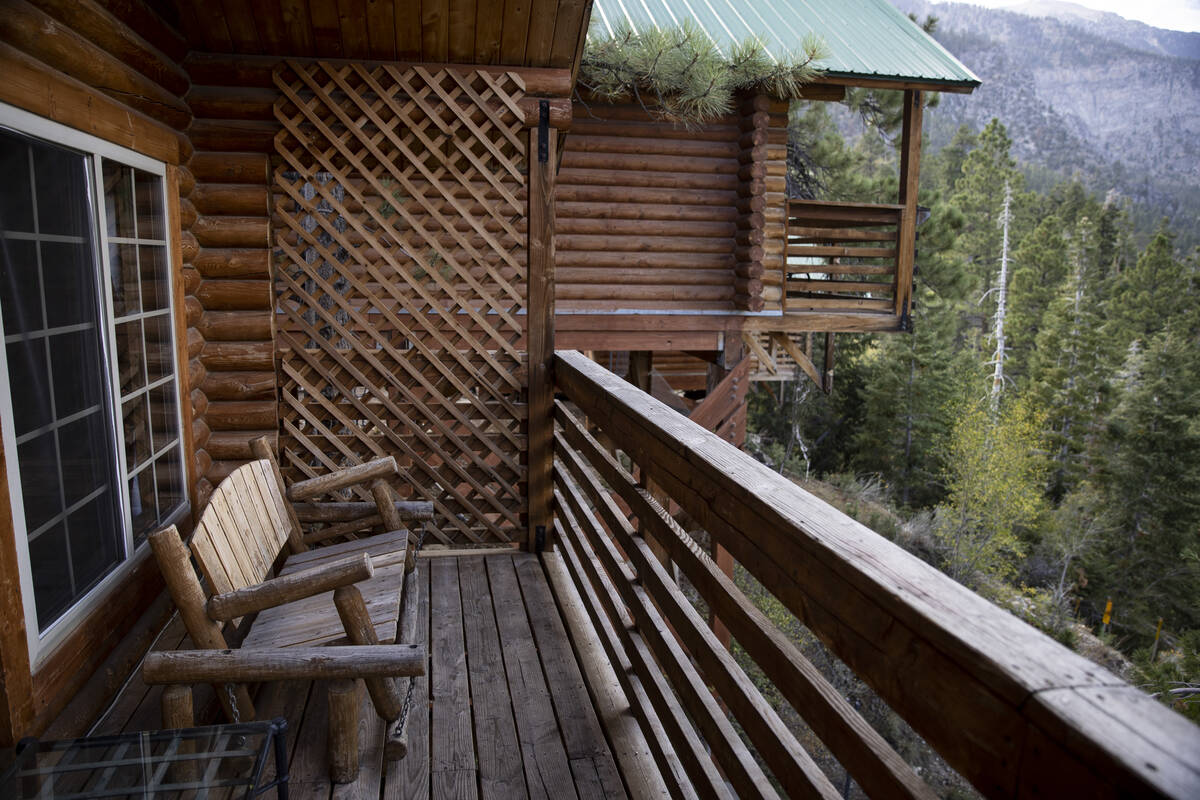 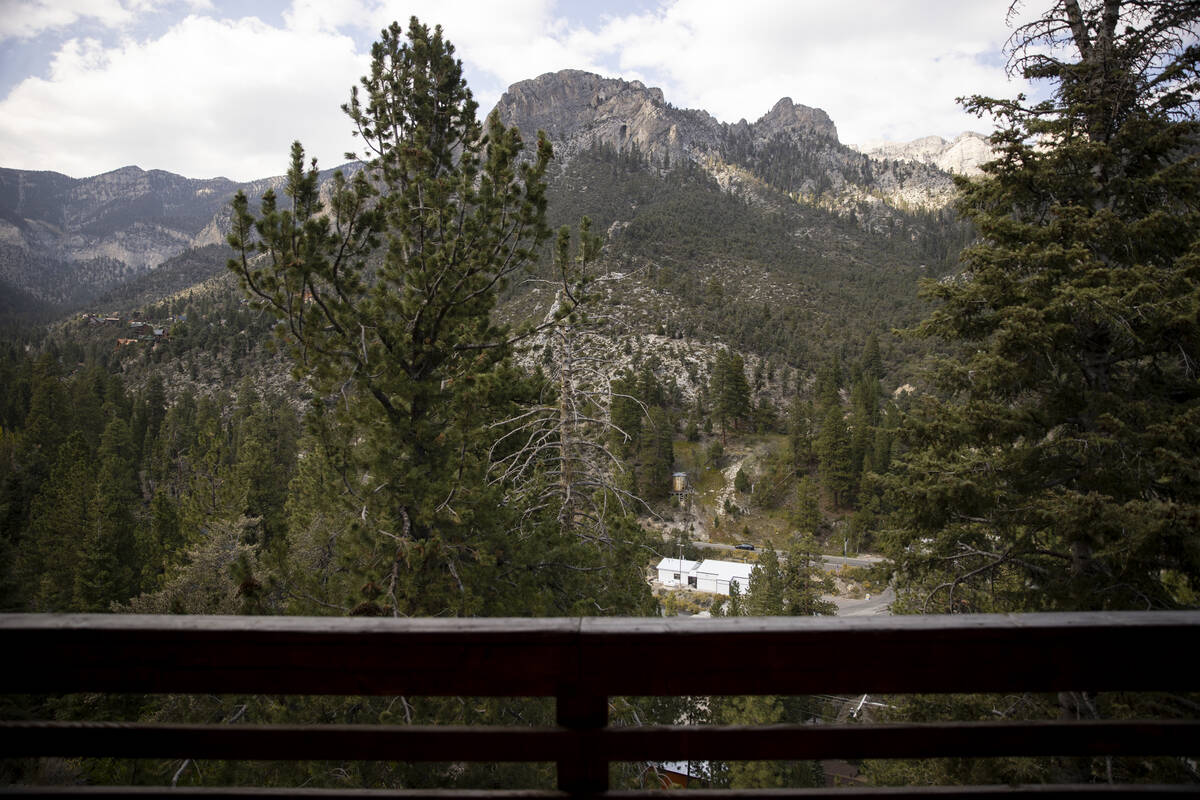 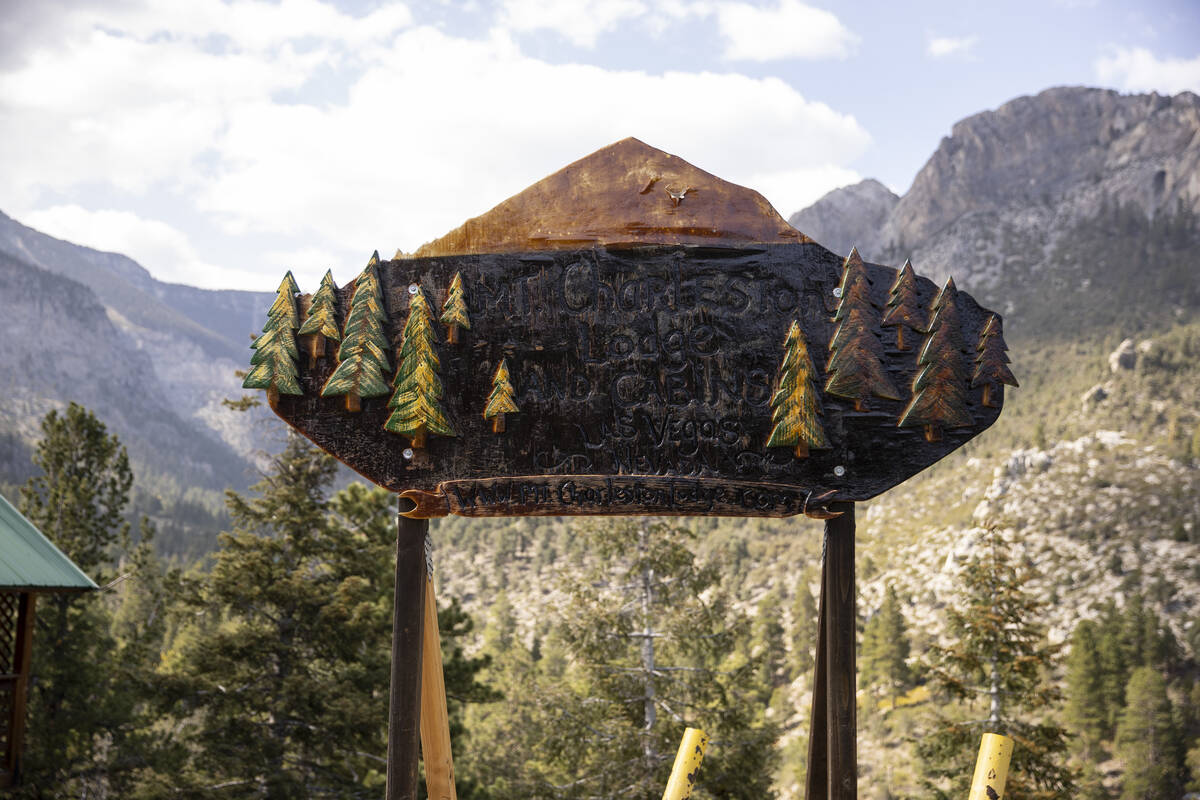 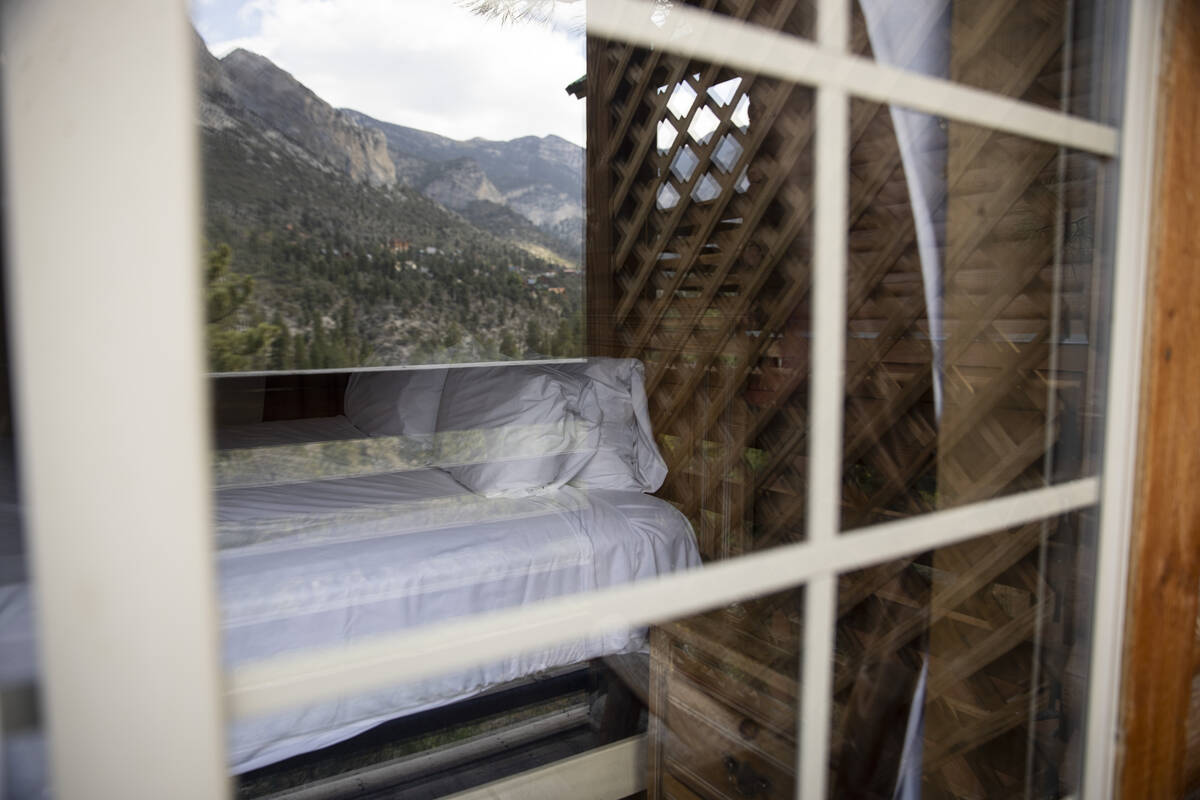 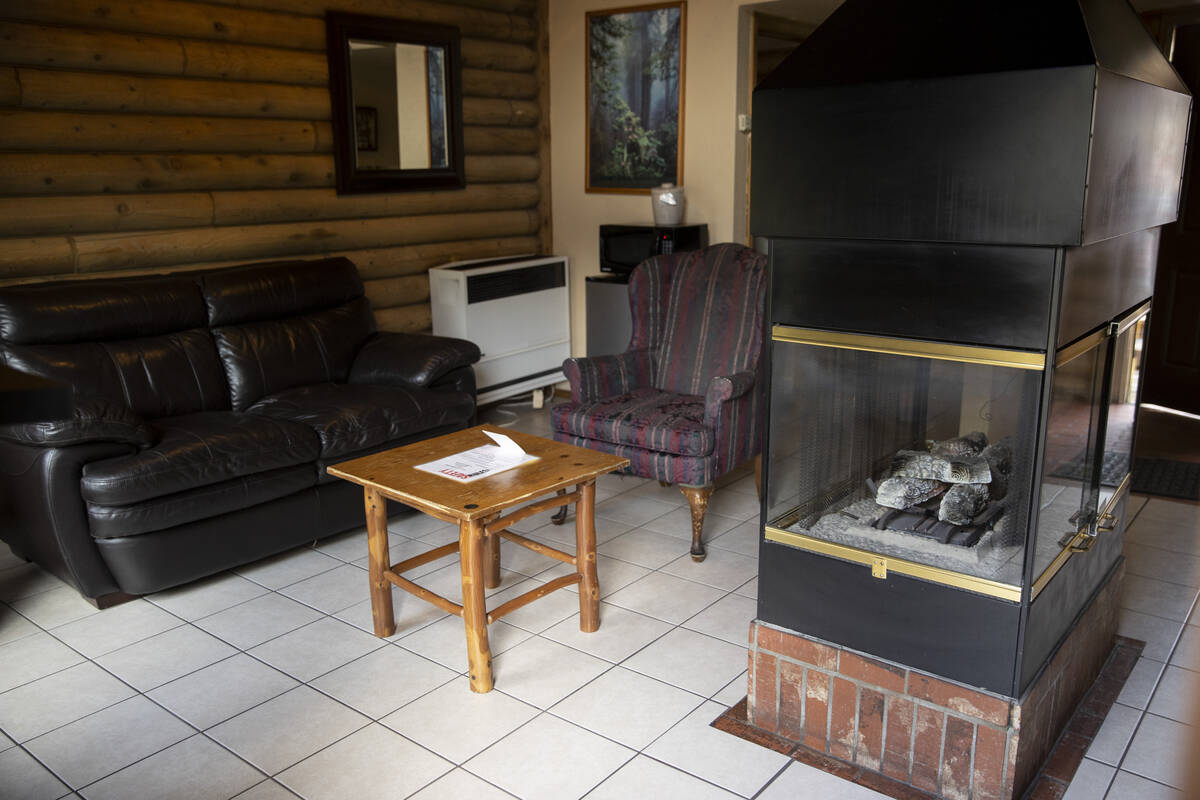 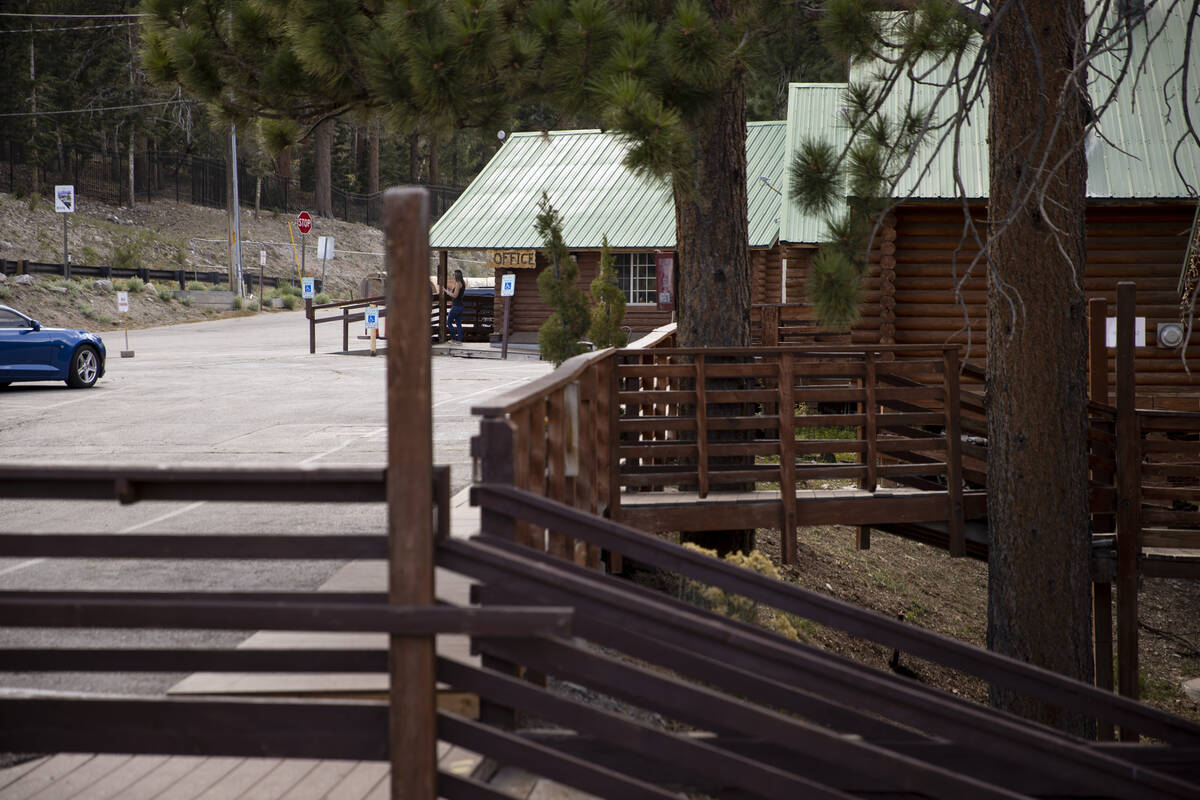 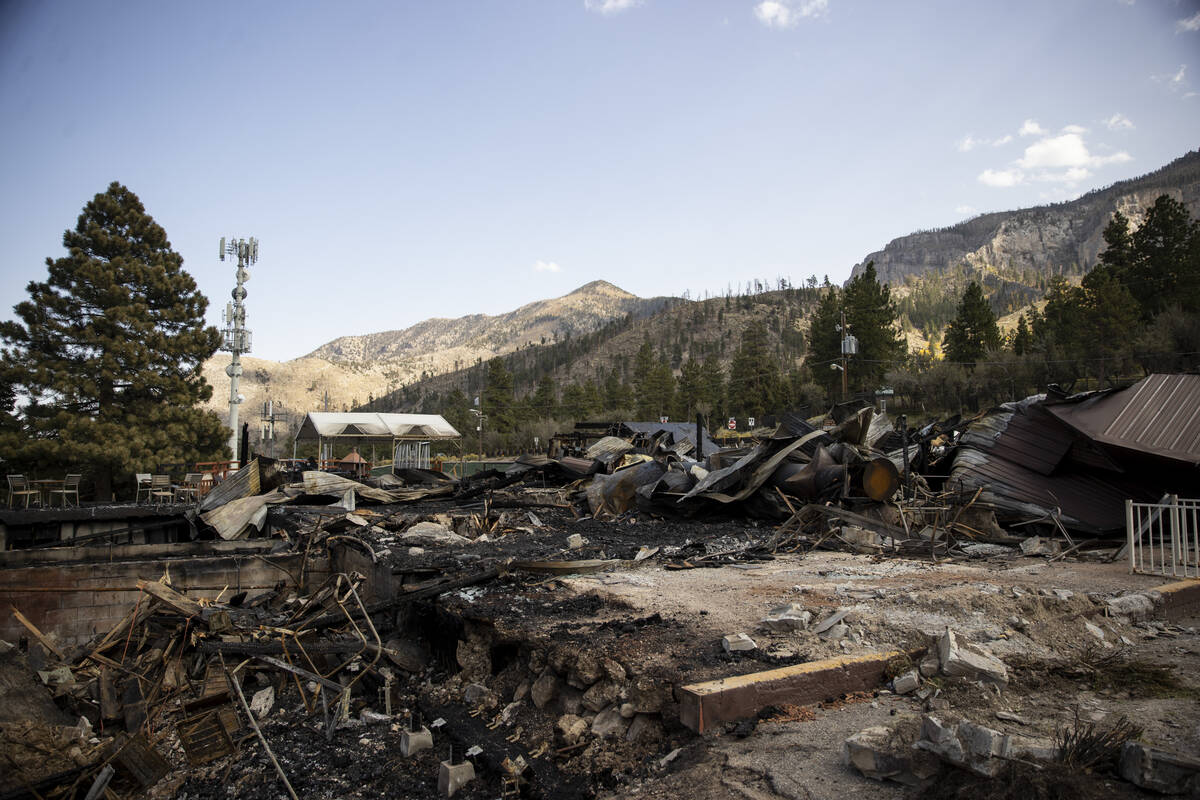 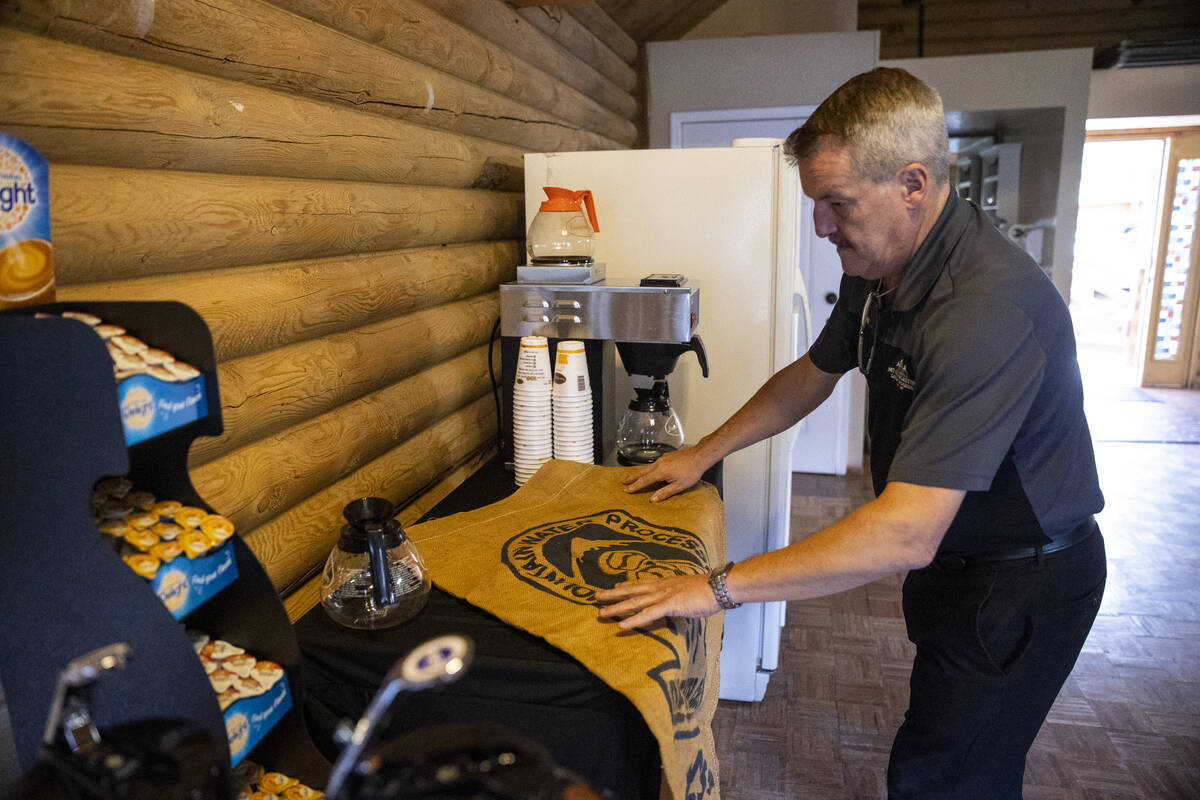 Thomas Schneekloth spent Friday afternoon sprucing up the new “hospitality cabin” at the Mount Charleston Lodge site. Filled with wine and cheese, soda, snacks and breakfast sandwiches, it’ll serve as the interim community spot following the fire that destroyed the lodge and its restaurant on Sept. 17.

“(It’s) kind of like our own little version of a B&B up here on the mountain,” Schneekloth, the lodge’s operations manager, said as the cabins reopened to guests one week after the blaze. “We are moving along with providing some new things, maybe turn this into a game room. But for right now, we’re glad just to get the gates open and have check-ins.”

About half of the 23 cabins were expected to host guests for the weekend. Event cancellations, such as weddings hosted in the restaurant, caused occupancy to drop from what would typically be a busy season, according to Christina Ellis, general manager of the Ellis Island casino, which operates the lodge. The cabins now have availability throughout the fall.

Restaurant staff were offered other positions at Ellis properties, and many plan to join a new Village Pub location in Aliante, Schneekloth said.

The Clark County Fire Department said Monday that the fire was accidental. The first reports of the blaze came in at 4:45 a.m. Sept. 17, but by the time firefighters arrived the lodge was engulfed in flames. They were able to prevent the blaze from spreading to the nearby cabins and the surrounding pine forest.

Clark County Assistant Fire Chief Larry Haydu said Monday that the fire’s origins were traced to “below the outside deck in a storage room.” Investigators had not determined the cause of the fire but did not believe it was set intentionally.

“The biggest thing was nobody was hurt,” Schneekloth said. “We’re moving forward, and the important thing was trying to create some normalcy for those that love to come up here. They can still take that option to come up, get away and enjoy a stay in the cabins.”

Losing the mountain staple was a disappointment for Southern Nevada residents. Kristin Fuller of Henderson visited the lodge site Friday afternoon, bringing her visiting mother to the mountains. Their family planned to eat at the restaurant on Sunday before they learned of the blaze, wanting to show off a local landmark.

“Every time someone comes to town, we always bring them up here,” Fuller said. “I think it’s a getaway from the city. Just to get out in the nature, the cooler weather, it’s peaceful. That’s what we like about it — just to get away from the hustle of everyday life.”

Reopening the cabins was a goal of the staff and owners to show their intention to rebuild the property, Schneekloth said.

Not much is set for the plan to rebuild, he said, but the company intends to keep the traditional A-frame feel while updating other areas of the restaurant like the bathrooms and bar. The former lodge was built in 1962, though another structure operated there from at least 1948 before it was destroyed in a 1961 fire.

The cabins piqued the interest of new customers even without the restaurant’s crowd drawing eyes. Henderson residents Cindy and Mark Heistermann were spending Friday night in the Spring Mountains and pulled over at the cabins to inquire about availability, they said. The couple had a reservation at another mountain hotel but were considering a switch because of the look and more mountainous location. 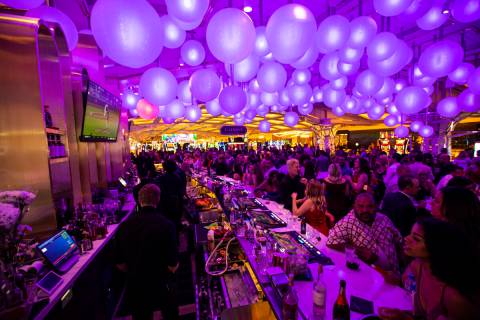