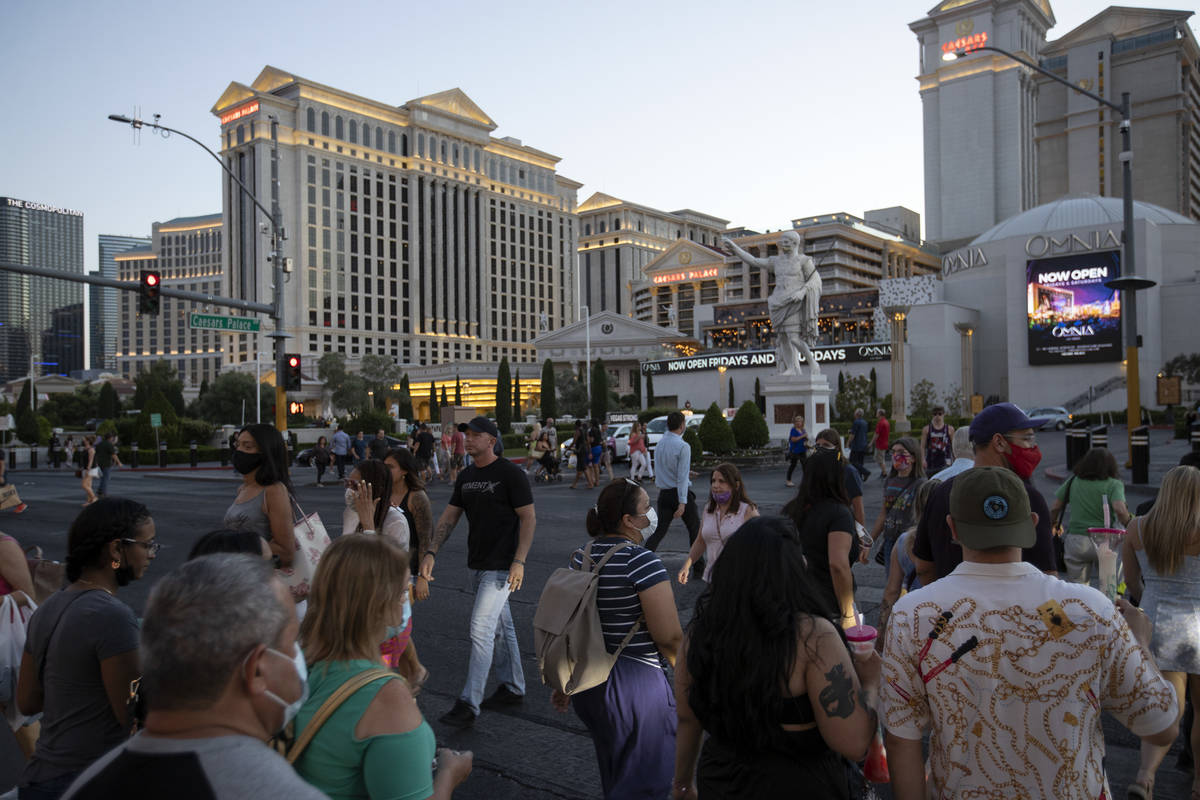 After the Centers for Disease Control and Prevention gave the go ahead for fully vaccinated people to forego masks indoors in some situations to prevent the spread of COVID-19, some visitors to the Las Vegas Strip go mask-free outside Caesars Palace on Thursday, May 13, 2021, in Las Vegas. (Ellen Schmidt/Las Vegas Review-Journal) @ellenschmidttt 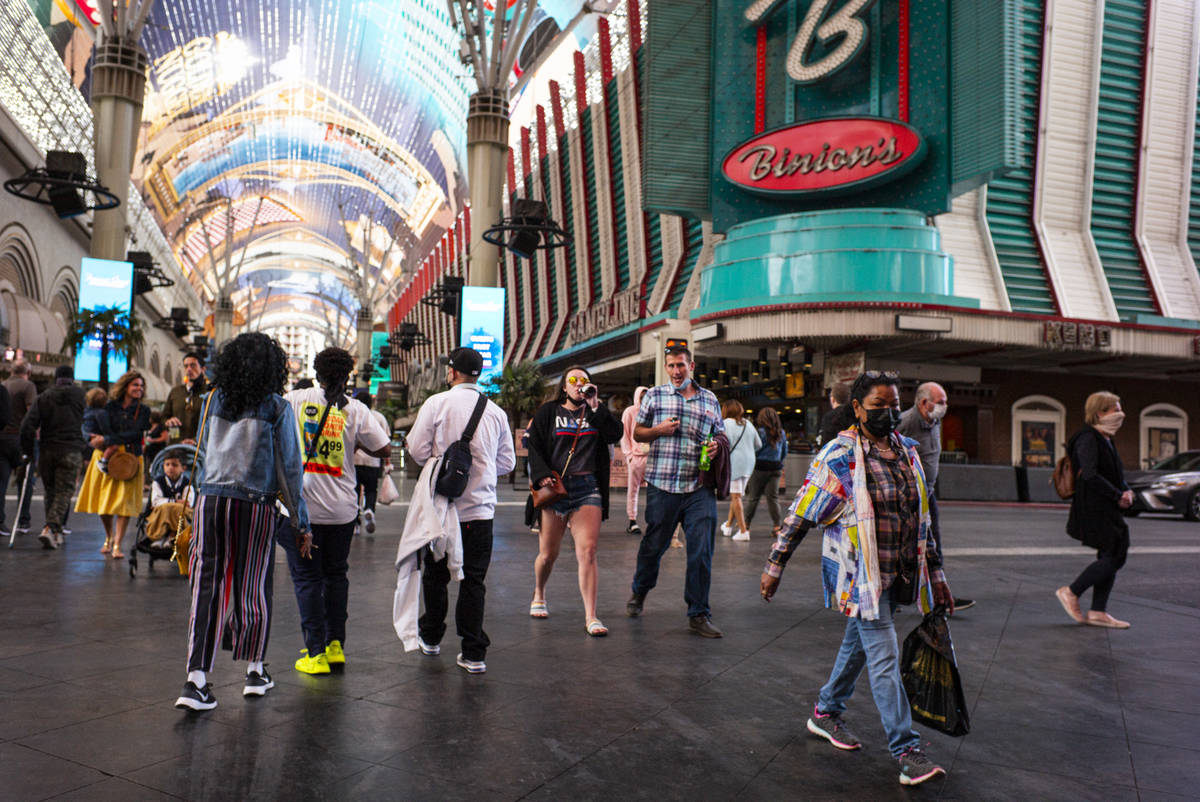 People, some wearing masks and others not, walk around the Fremont Street Experience in downtown Las Vegas on Tuesday, April 27, 2021. (Chase Stevens/Las Vegas Review-Journal) @csstevensphoto

March’s billion-dollar casino gaming win was no fluke. It happened again in April.

The Nevada Gaming Control Board on Thursday reported the state’s casinos won $1.039 billion from gamblers with $865.5 million of that in Clark County, $483.4 million on the Strip and $76.2 million in downtown Las Vegas.

Because casinos were shut down in April and May 2020, percentage differences between this year and last year aren’t particularly telling, but the Control Board did the math for the statewide total, and the April numbers were a 28,255.9 percent increase over April 2020.

While the state’s casinos were closed in mid-March and didn’t reopen until early June as a means to slow the spread of the pandemic, they continued to win $3.7 million through mobile sports betting and interactive poker, which were operational during the suspension.

Joe Greff, a gaming analyst with New York-based J.P. Morgan, said an example of how the lack of international travel is hurting the Strip can be derived from win totals for baccarat, the Asian table game of choice, in April.

As bad as the numbers were for the state in 2020, the current win totals are supercharged, beating comparative figures from 2019.

Michael Lawton, senior research analyst for the administration division of the Control Board, had a mountain of evidence to suggest that gaming win has surpassed pre-pandemic levels.

— The only market of the 20 the Gaming Control Board regularly monitors that didn’t eclipse 2019 numbers was North Las Vegas, where two of the largest casinos, Texas Station and Fiesta Rancho, remain closed.

— The Strip, slumping because of the lack of midweek visitors due to there being no conventions and trade shows during the pandemic and virtually no international visitors, dragged the rest of the state down in April with win down 27.3 percent since casinos reopened in June. Excluding the Strip, state win would have been up 10.9 percent and Clark County up 7.8 percent.

Casino slot win statewide was $793.7 million, a 20.5 percent increase over 2019 that’s up 31.2 percent for the calendar year to date. That represents the highest total in state history, eclipsing the record of $779.6 million set in October 2007.

The Las Vegas locals market, casinos scattered throughout the valley, showed win totals up 11.1 percent since casinos reopened in June and up 18 percent compared with April 2019, with calendar year to date up 57.2 percent from 2019.

Las Vegas wasn’t the only location in the state seeing large numbers. Washoe County, home to Reno and Sparks, had the highest win total recorded since July 2008 and was up 15.6 percent since June.