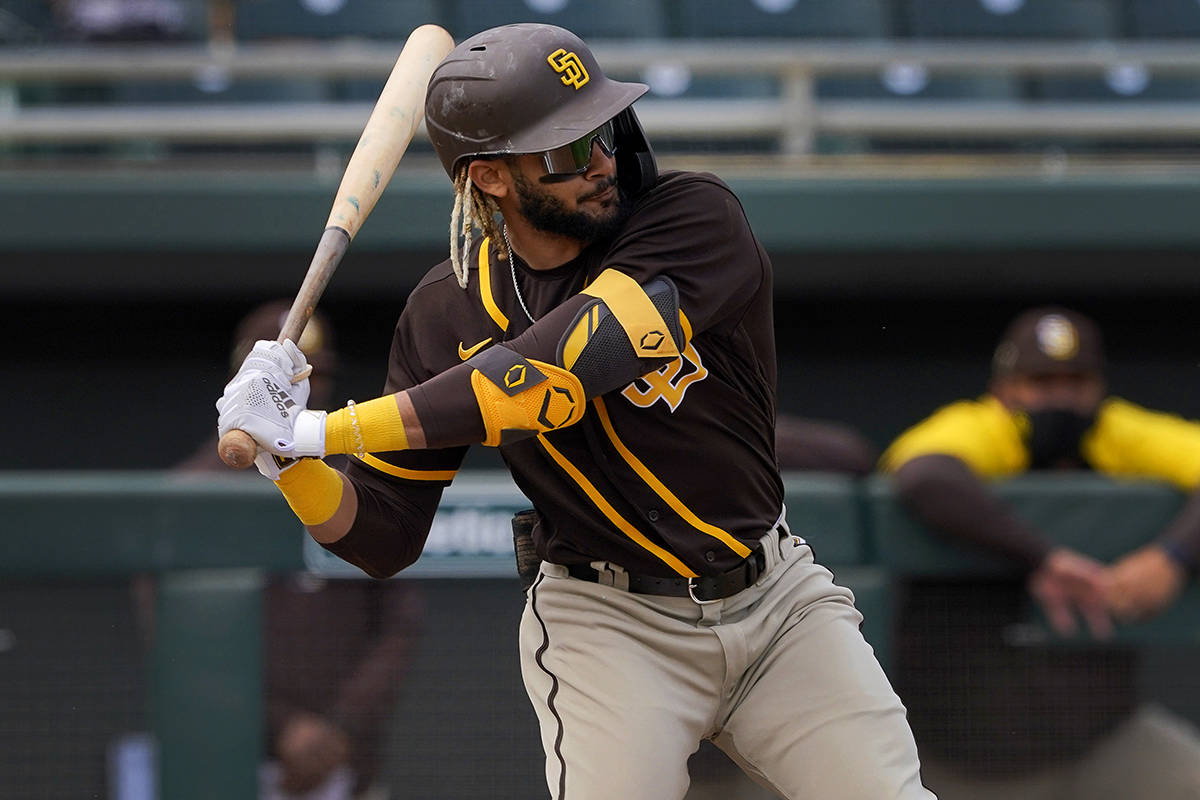 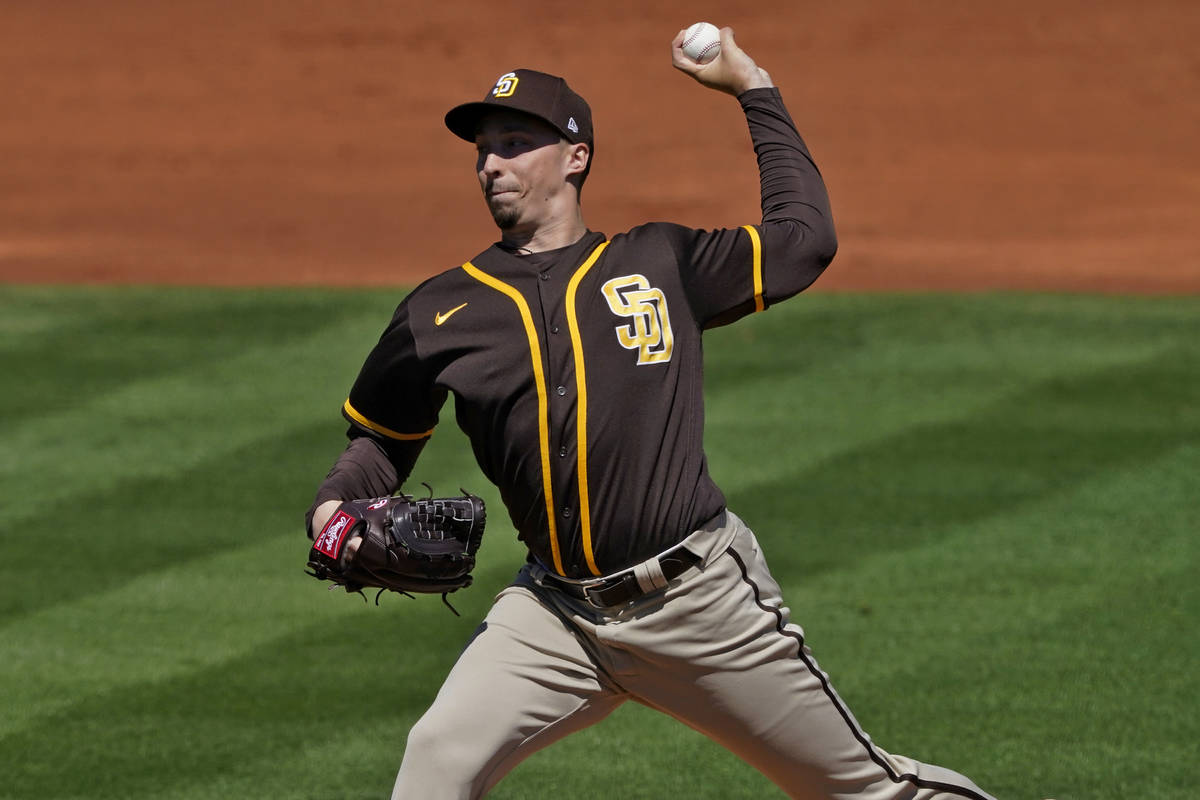 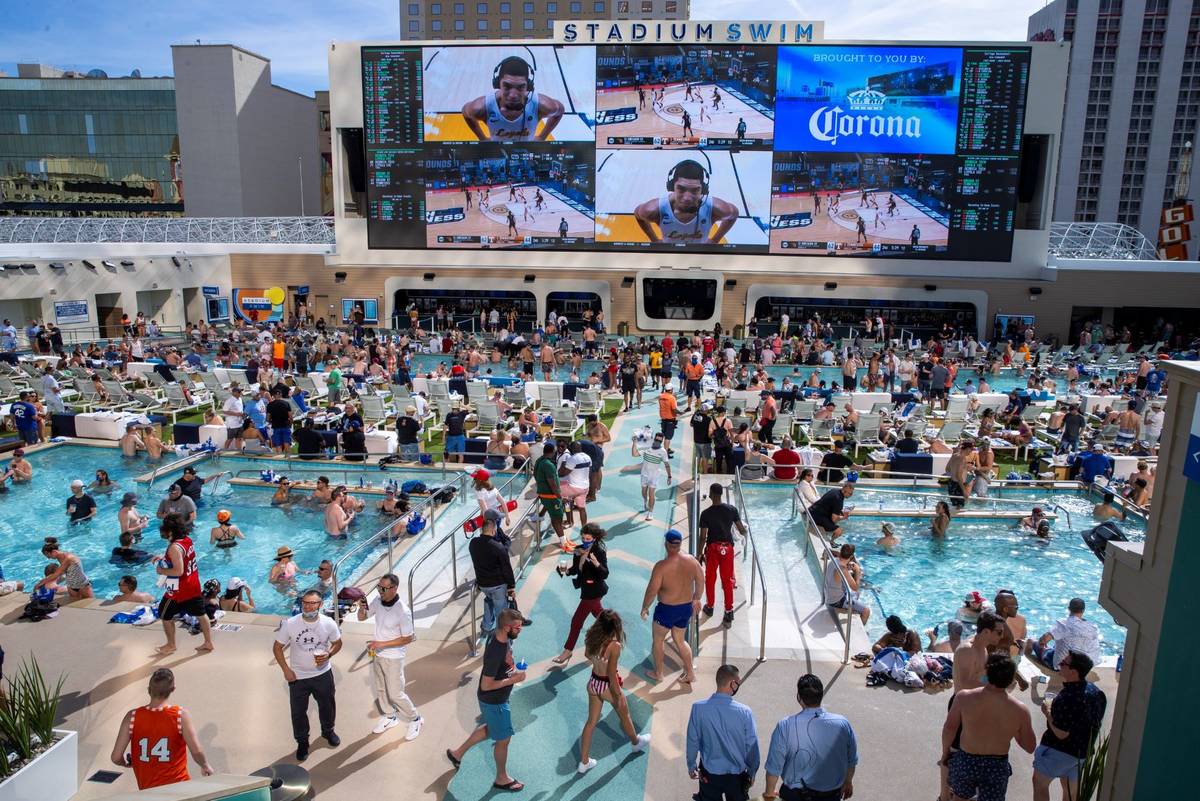 The pools and decks are crowded in Stadium Swim at the Circa on Friday, March 19, 2021. (L.E. Baskow/Las Vegas Review-Journal) @Left_Eye_Images 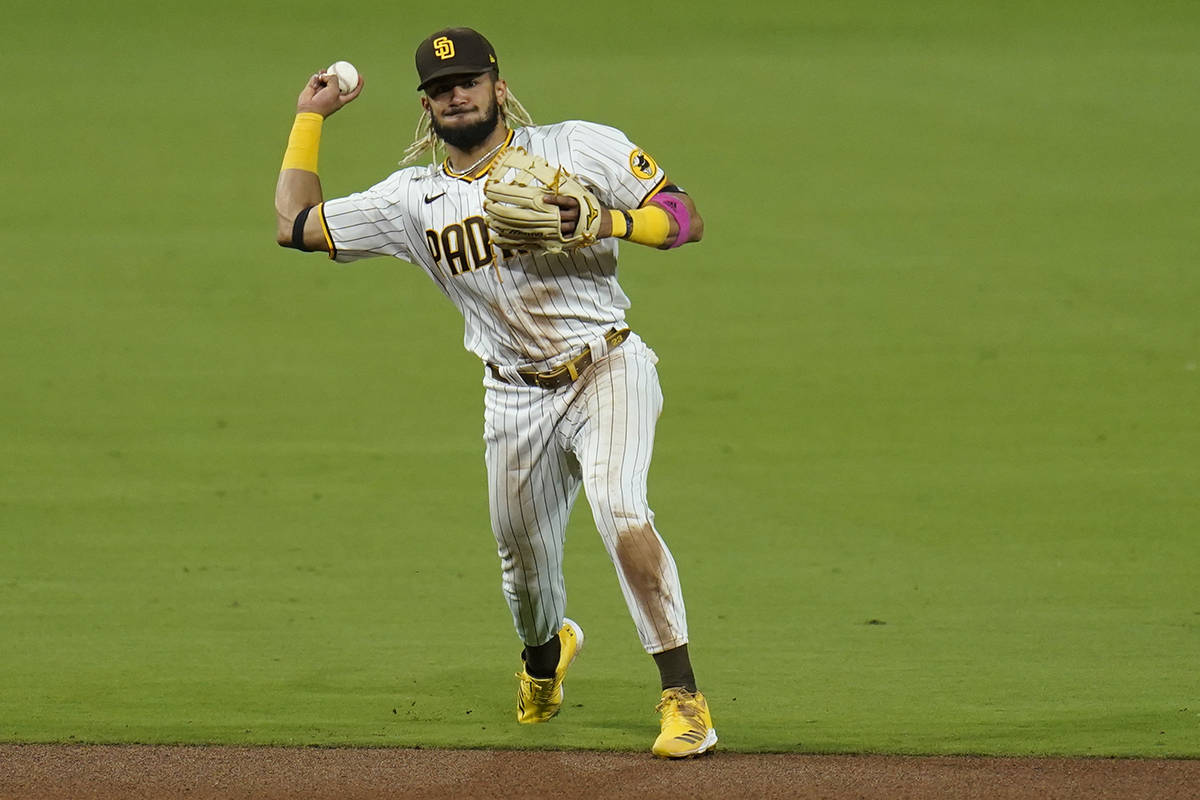 Under the deal announced Wednesday, the recently opened, adults-only resort will be the official sponsor of the ninth inning at Padres games for the 2021 MLB season.

“They had some unique advertising available… and what we ended up doing is being the ninth inning sponsor for the Padres,” Derek Stevens, Circa CEO and owner told the Review-Journal. “Whether they’re winning the game and it’s only half of an inning or they’ve got to come back in the ninth, we got the deal where we have the signage behind home plate.”

The marketing deal includes television and radio advertisement spots and social media elements between the team and the resort, with the initial deal just for the 2021 season. The partnership could be extended depending on the results, Stevens said.

Circa is the first ground-up casino-resort to be built in downtown Las Vegas since 1980, and was built around two major sports-related features, including the world’s largest sports book and Stadium Swim, an outdoor pool amphitheater open year-round. The pool area features a 143-foot screen playing the day’s sports action, which has been a hot spot for the ongoing 2021 NCAA Tournament.

“We are excited to expand our brand to the Las Vegas market and work with such a cutting edge and innovative property,” Sergio Del Prado, San Diego Padres senior vice president, partnerships, said in a statement.

This isn’t the first time San Diego’s MLB franchise has been linked with Southern Nevada, as the then-Las Vegas Stars served as the Triple-A affiliate for the Padres from 1983-2000.

Stevens said there aren’t any other deals with professional sports teams or leagues in the works, but he’s open to the possibility going forward.

“It depends on the team, it depends on what’s the situation and it depends upon what type of inventory (is included),” Stevens said. “We’re always trying to look for value in marketing.”