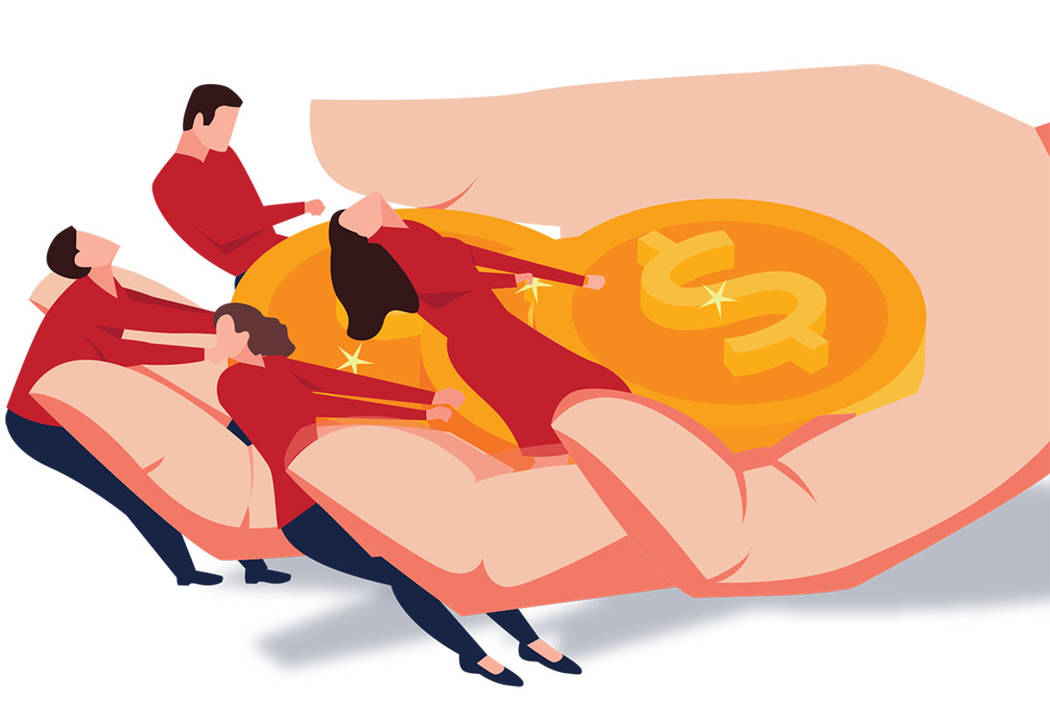 Former clients of Bettor Investments, one of the first sports betting mutual funds in Nevada, are accusing its founder of going “radio silent” and not responding to requests to return their money.

Nine clients said Reno-based Matt Stuart has not responded to emails and calls to pay back promissory notes, according to a January email chain the investors shared with the Las Vegas Review-Journal.

“Myself and a great number of similar investors have been defrauded out of the money we put into Bettor Investments,” Todd Thomas, a client, wrote in his complaint to the secretary of state. “Matt has defaulted on his monthly investor payments since approximately December and has gone radio silent to investors asking for their money back.”

Review-Journal attempts to reach Stuart were unsuccessful. The phone number listed for Bettor Investments no longer works. Emails sent to two company addresses bounced back. Stuart did not respond to emails sent to two private addresses.

The Bettor Investments website has been taken down, and visitors are redirected to Stuart’s new website, Nofreepicks, which offers a subscription service to his daily sports bets. Stuart is charging $30 for a 30-day subscription and $150 for a one-year subscription on the new site, which was created in November. He has put his Bettor Investments domain on sale on GoDaddy for $1,163.

Bettor Investments was registered in September 2015 after Nevada approved a law allowing sports bettors residing in the state to pool money from individuals into an entity that would be managed like a stock or bond mutual fund.

Bettor Investments was one of about a half-dozen funds set up to take advantage of the new law. Some clients said they learned about Stuart after he was featured in a 2016 Sports Illustrated article about the new sports betting funds.

According to a screen shot of the Bettor Investments website before it was deleted, the fund said it would generate “conservative growth, profit and stability for our investors” by using “mathematical probability calculations and statistical analysis to determine on a daily basis which bets are profitable.”

Bettor Investments accepted a minimum of $500 from each client and averaged 93 bets a month, risking no more than 2 percent of the fund’s net worth per wager, according to Wagertraders, a site dedicated to sports mutual funds.

The Nevada law opened the door to legal sports betting for people living in states where placing wagers on games is still illegal.

However, the hype around the launch of sports betting mutual funds never translated into large-scale flows because of regulation, said Dennis Gutwald, a gaming attorney at McDonald Carano in Las Vegas.

The legislation “put so much of an emphasis on sports books to make sure that everything was OK with the funds that very few had any appetite” to accept wagers from them, said Gutwald.

Sports bettors need to wager with various books in order to get the best odds, but only CG Technology was willing to accept bets from sports mutual funds, he said.

“It was stunted from the start,” said Gutwald.

In an email exchange with the Review-Journal last year, Stuart said he shut his fund down in late 2016 because of the burdensome regulation and concerns over the health of CG Technology, which was slapped with a steep fine for an illegal gambling and money laundering scheme.

“Bettor Investments stopped all wagering with CG last November,” Stuart said in an email to the Review-Journal dated March 25, 2017. “I closed the account after learning about the $24 million in fines CG paid to Nevada, New York and the US Treasury not to mention the SEC subpoenas that were sent to all entities.

“I am a one-man shop, so it made no sense for me to continue. I could not honestly ask potential investors to trust (let alone) expose their own private financial information with a CG after the turmoil they have had.”

Instead of returning money to his investors when he shut Bettor Investments, Stuart asked them to enter a loan agreement, according to Thomas and Gary Lowitt, another investor.

Stuart issued them one-year promissory notes paying 12-14 percent. As the notes came due and investors started reaching out to Stuart in December and January for payment, he stopped responding, they said.

Lowitt said Stuart had been very receptive to investors and potential investors before that.

“Matt was the most responsive among the fund managers I contacted,” Lowitt said. “He took the time to speak individually with investors and explain how the fund worked. If you asked him a question by email, he would give you a detailed answer.”