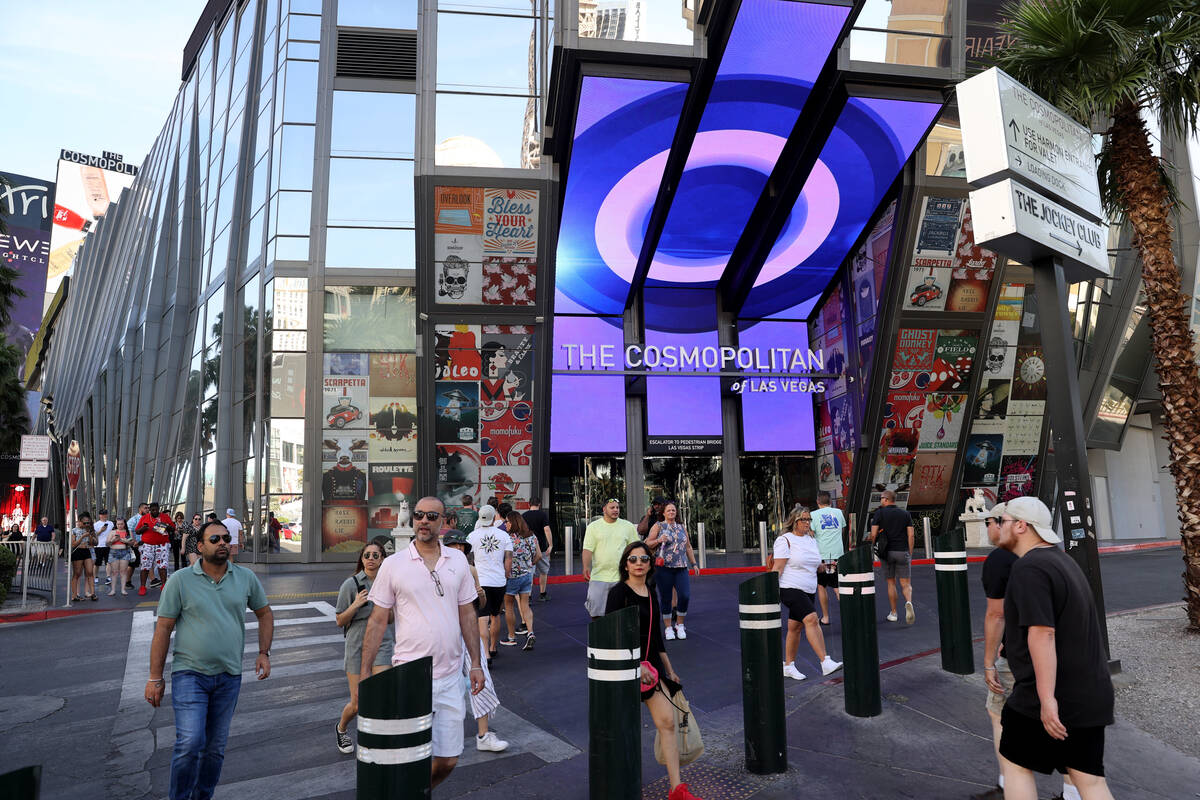 The Cosmopolitan of Las Vegas officially became an MGM Resorts International property Tuesday after the company closed its $1.625 billion deal with the Blackstone Group.

“The Cosmopolitan’s world-renowned reputation for luxury, swagger and mischief has produced both strong business results and a loyal and enthusiastic customer base that is highly complementary to our other luxury resorts,” MGM Chairman and CEO Bill Hornbuckle said in a welcome letter to Cosmopolitan employees.

“We’re confident we can continue to drive great success at The Cosmopolitan by offering your guests access to the many exclusive amenities and experiences that only MGM Resorts can provide.”

The Cosmopolitan’s more than 5,000 employees are coming off each receiving a $5,000 bonus from Blackstone as one of the company’s last gestures to the work group.

MGM has promised to retain the Cosmopolitan staff and to offer some of them management positions at other MGM properties. The property’s management will report to longtime MGM executive Anton Nikodemus, the president and chief operating officer of CityCenter who oversees MGM’s Aria and Vdara properties there.

In the trailing 12 months that ended March 31, The Cosmopolitan generated $1.1 billion in net revenue and $416 million of adjusted cash flow.

The Cosmopolitan opened in December 2010 and underwent significant capital improvements following Blackstone’s acquisition of the property in 2014. Among the property’s amenities:

— 3,033 rooms and suites that were renovated in December, most of which feature terraces overlooking the Las Vegas Strip

— 26 food and beverage offerings, with 19 new concepts introduced in the last four years

MGM Resorts entered into a 30-year lease agreement, which has three 10-year renewal options, with a partnership among Stonepeak, Cherng Family Trust and Blackstone Real Estate Income Trust, Inc., which acquired The Cosmopolitan’s real estate assets. MGM Resorts will pay an initial annual rent of $200 million, escalating annually at 2 percent for the first 15 years and the greater of 2 percent or the consumer price index increase, capped at 3 percent, thereafter.