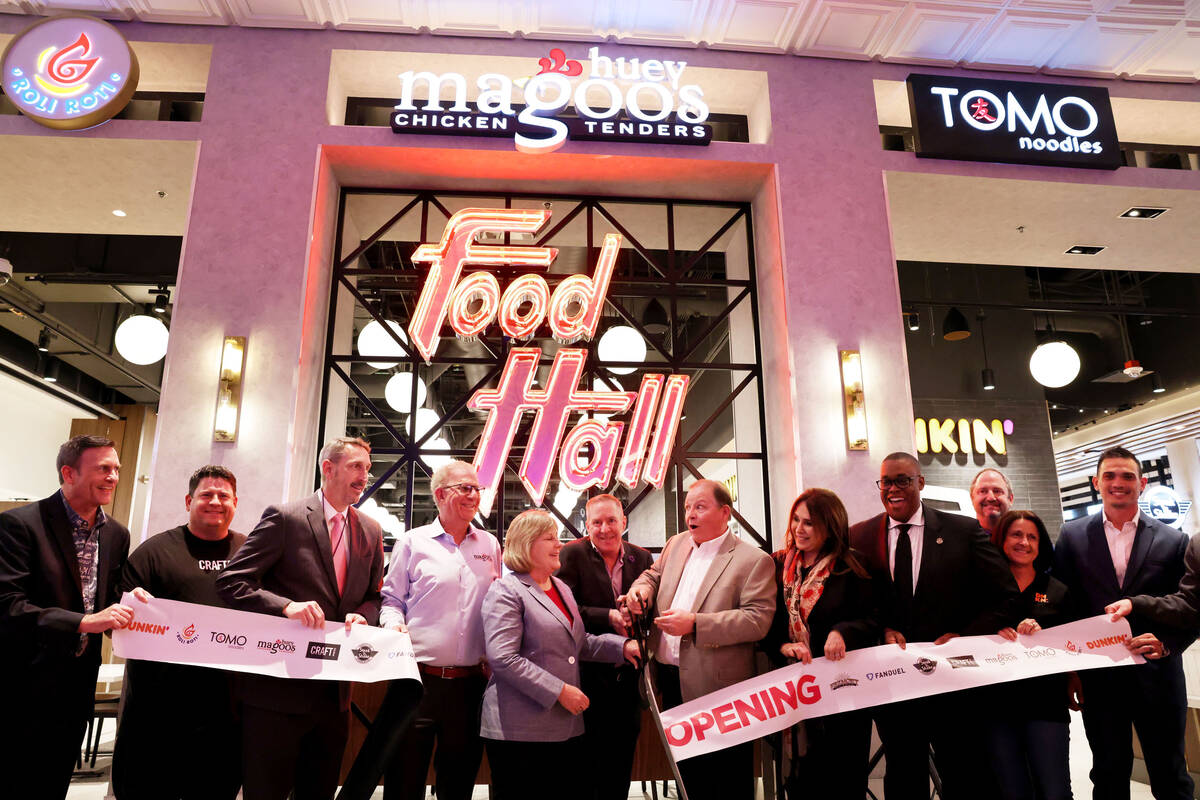 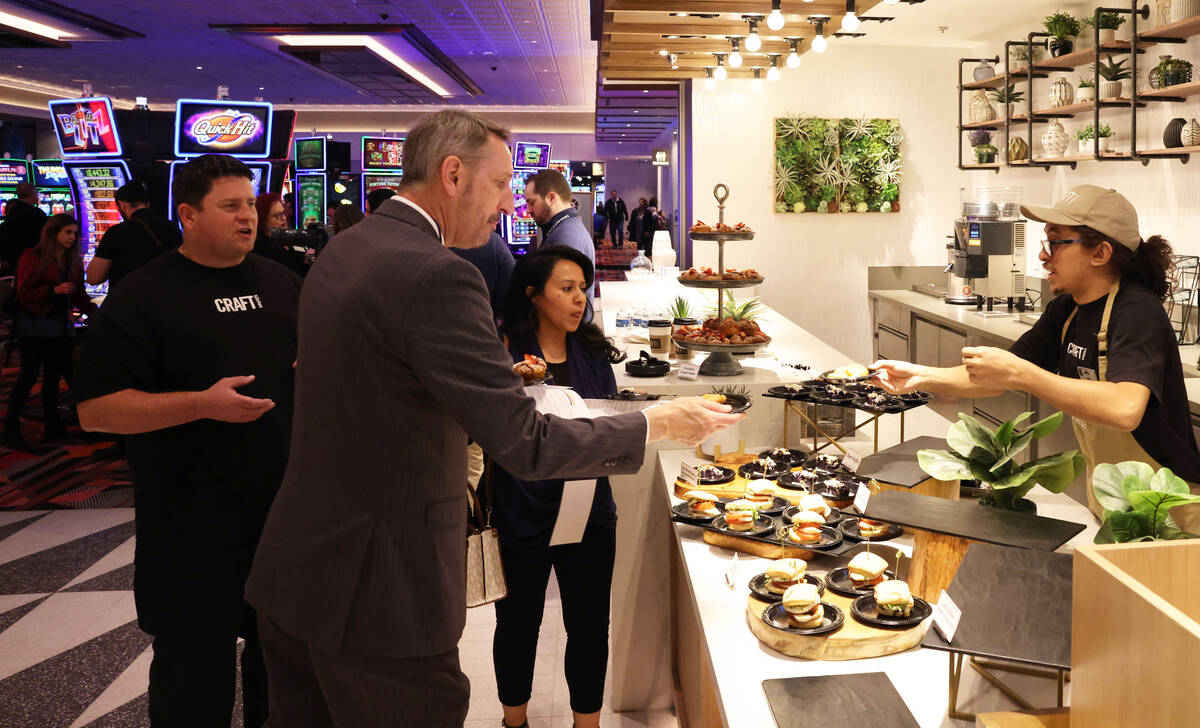 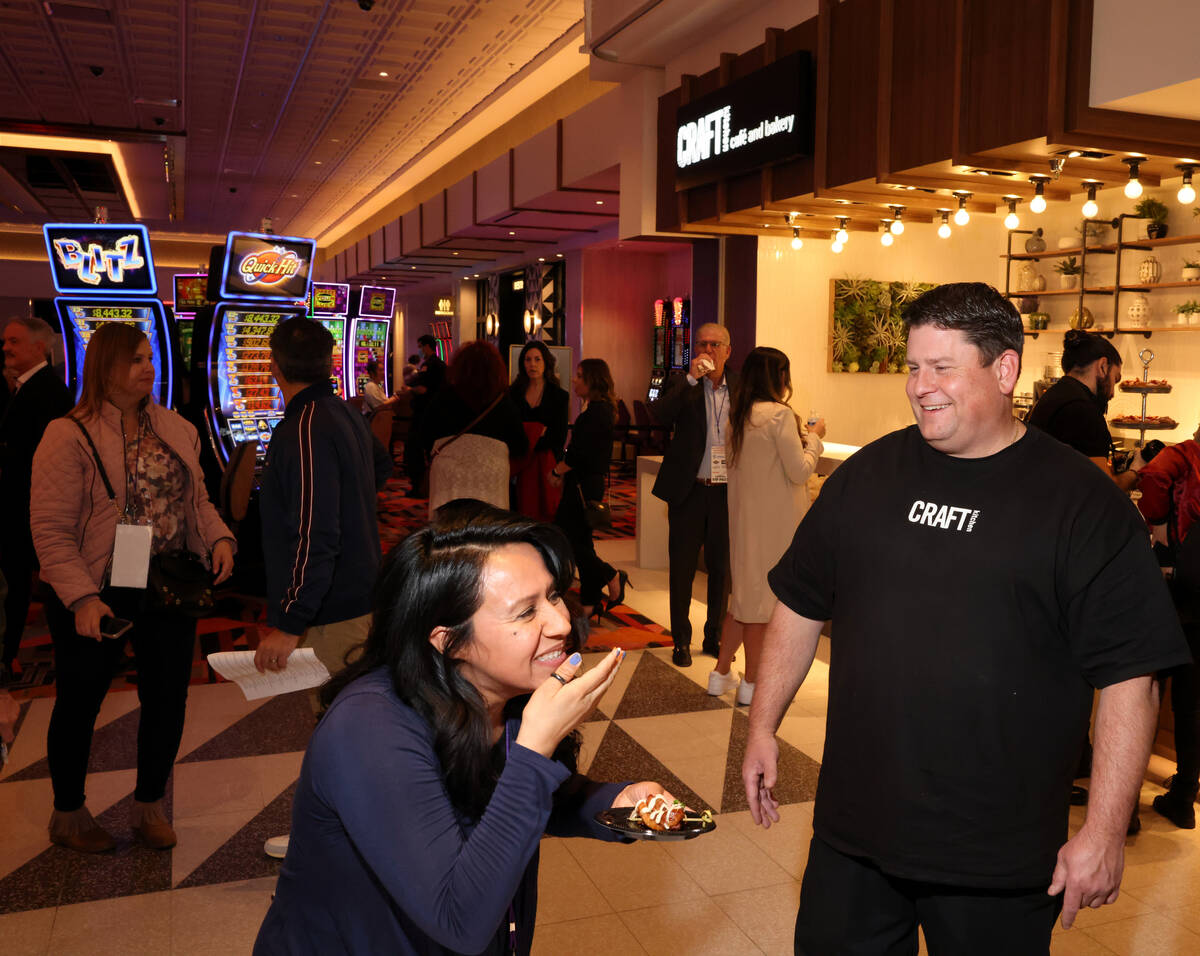 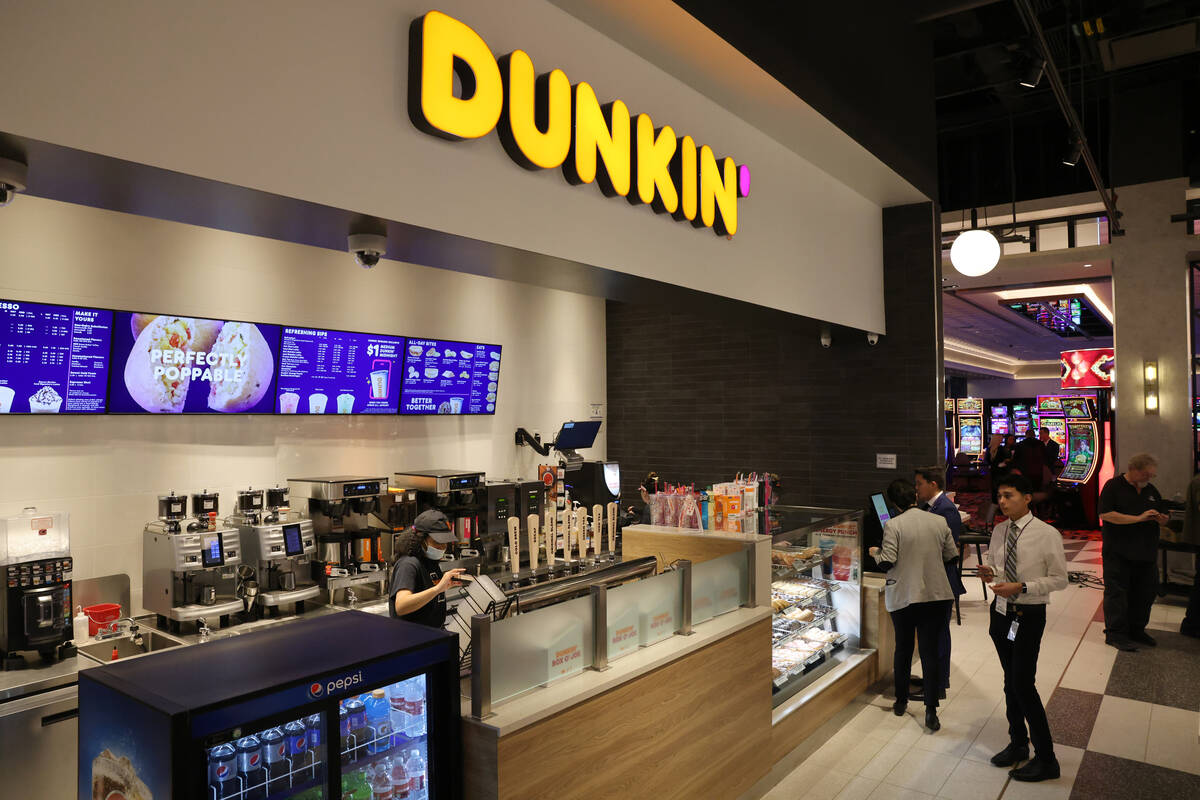 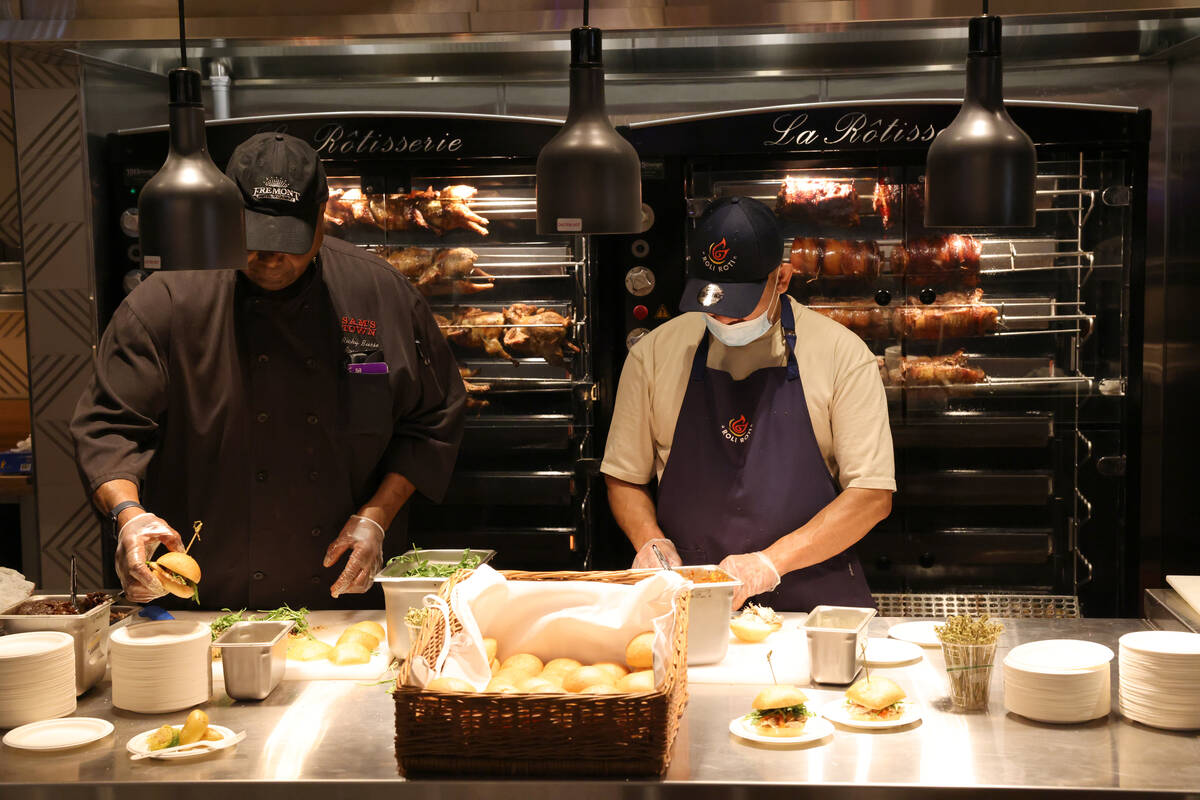 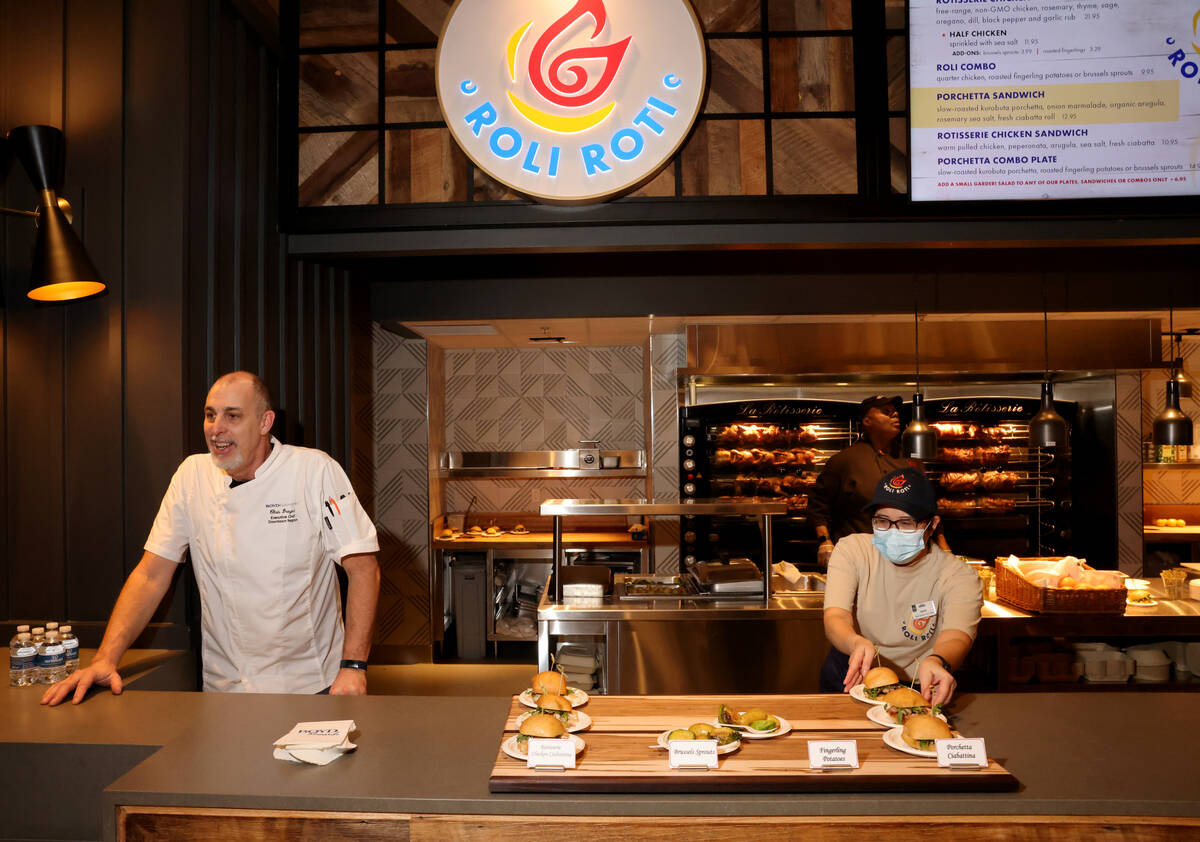 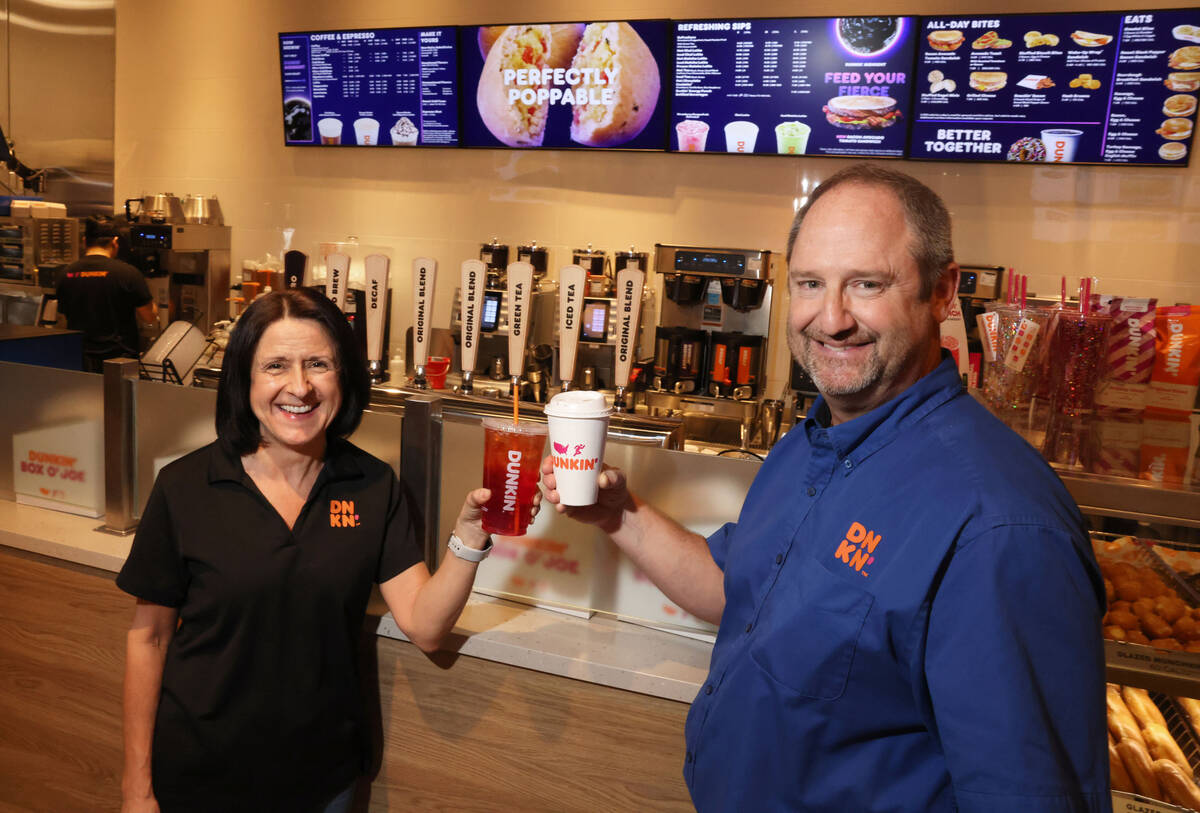 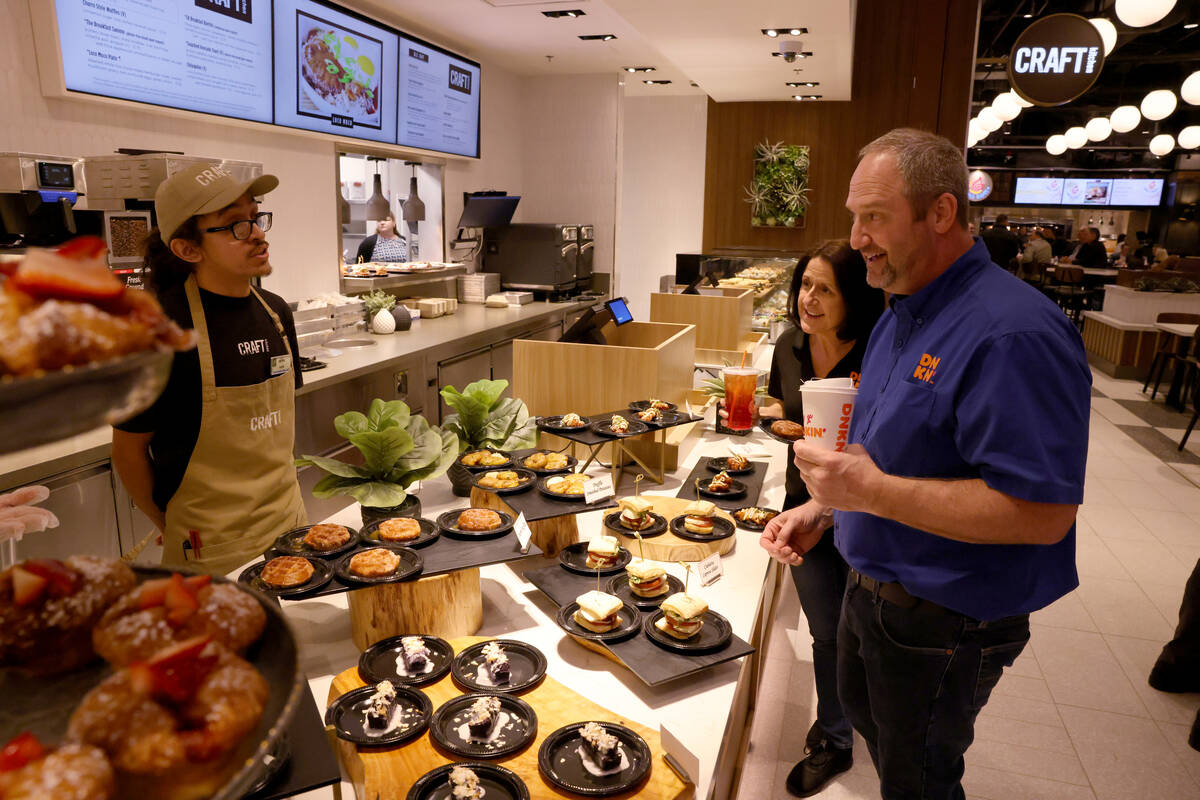 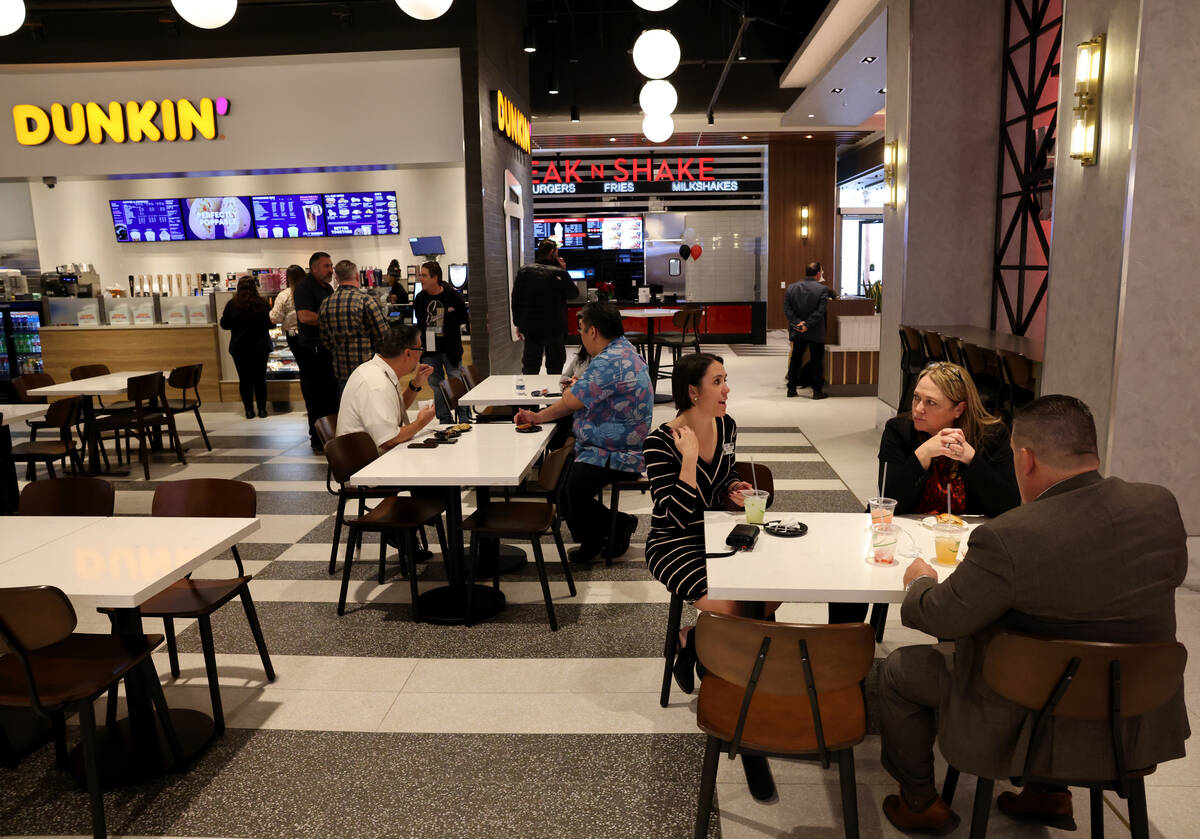 Las Vegas-based Boyd Gaming celebrated the Thursday grand opening of a six-stall food hall, the FanDuel Sportsbook and 10,000 square feet of additional gaming space. It’s one of the first unveilings of a $50 million property-wide renovation and expansion project.

The additional casino space, featuring about 120 more games, takes over the former buffet section of the property.

The food hall, meanwhile, was built on a former parking lot on Third Street. An entrance and a patio was also added along Third Street, which the city recently rebuilt as a pedestrian mall that creates access to the Fremont Street Experience from Ogden Avenue.

“We wanted to bring some ideas together that … weren’t of the norm,” Dreyer said. “Something that would attract people’s attention, ‘Hey, what is Roli Roti? Hey, what is Tomo Noodles? Let’s go down there, and have a look.’”

It’s an opportunity Jaret Blinn, chef and owner of CRAFTkitchen, welcomes. His Henderson breakfast-and-lunch restaurant has been in business for seven years, and he’s been eager to bring a concept to downtown.

He expects to offer a more stable menu at the food hall with unique flavors, like a Korean fried chicken sandwich on an ube bun, and eventually sell retail items as another revenue stream.

“It’s a fun, different vibe. Different from Henderson, where we get a lot of locals,” Blinn said. “Downtown is up and coming, with a great vibe down here. I’m excited because there’s a lot of fun, playful things I want to do.”

Boyd, which has a 5 percent stake in the sports betting giant, still operates the Fremont book. But the FanDuel brand may pull in customers familiar with it in their home state — FanDuel said it has 42 percent of the market share by gross gaming revenue in 2022’s third quarter, according to iGamingNext.

Boyd also recently renovated the property’s hotel rooms, and it plans to renovate the entire casino floor a section at a time. Officials expect that work to finish before the end of the year.

“Once we’re done, the entire Fremont casino will have the look and feel of this expanded casino space that you see — a modern, exciting new design for one of downtown’s most legendary properties,” Executive Vice President of Operations Steve Thompson said at the opening.