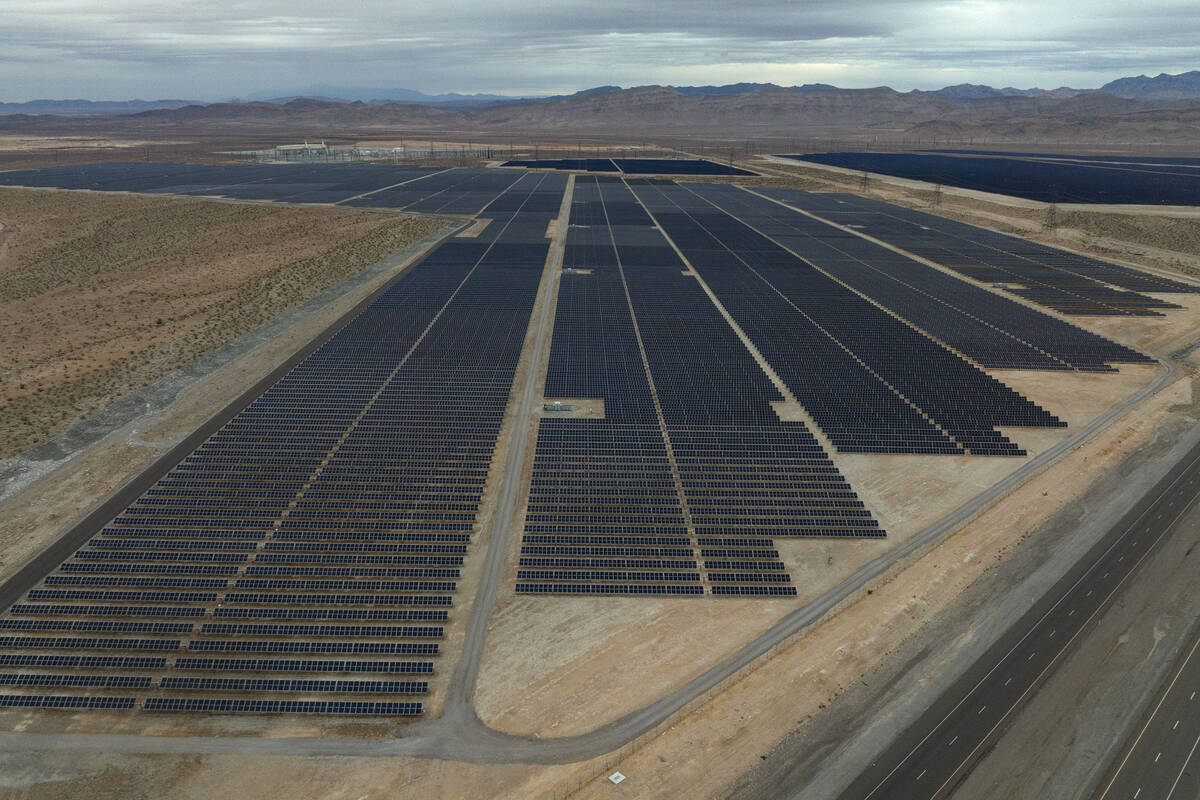 The Mega Solar Array property owned by a Invenergy is seen, on Monday, Jan. 9, 2023. A man is facing terrorist related charges after police said he rammed his car through a gate at the solar plant on U.S. 93 north of the Las Vegas Speedway on Jan. 4th. (Bizuayehu Tesfaye Las Vegas Review-Journal) @btesfaye 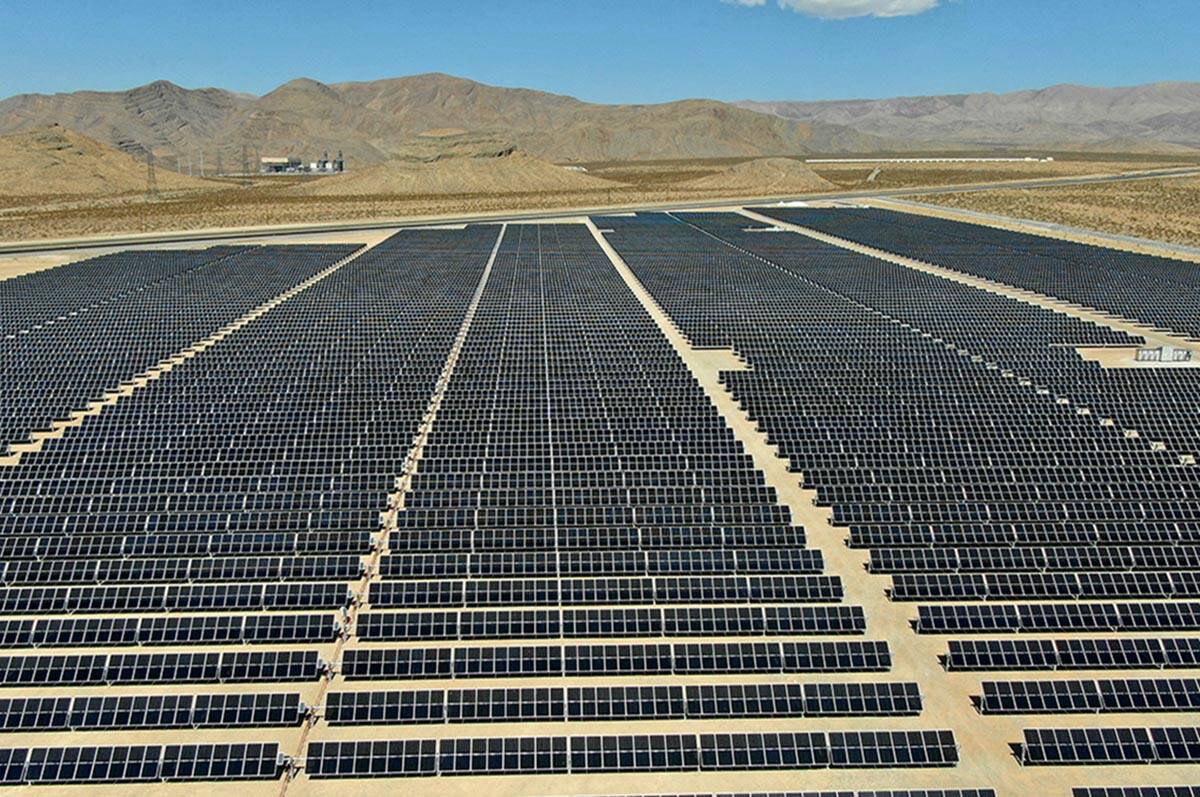 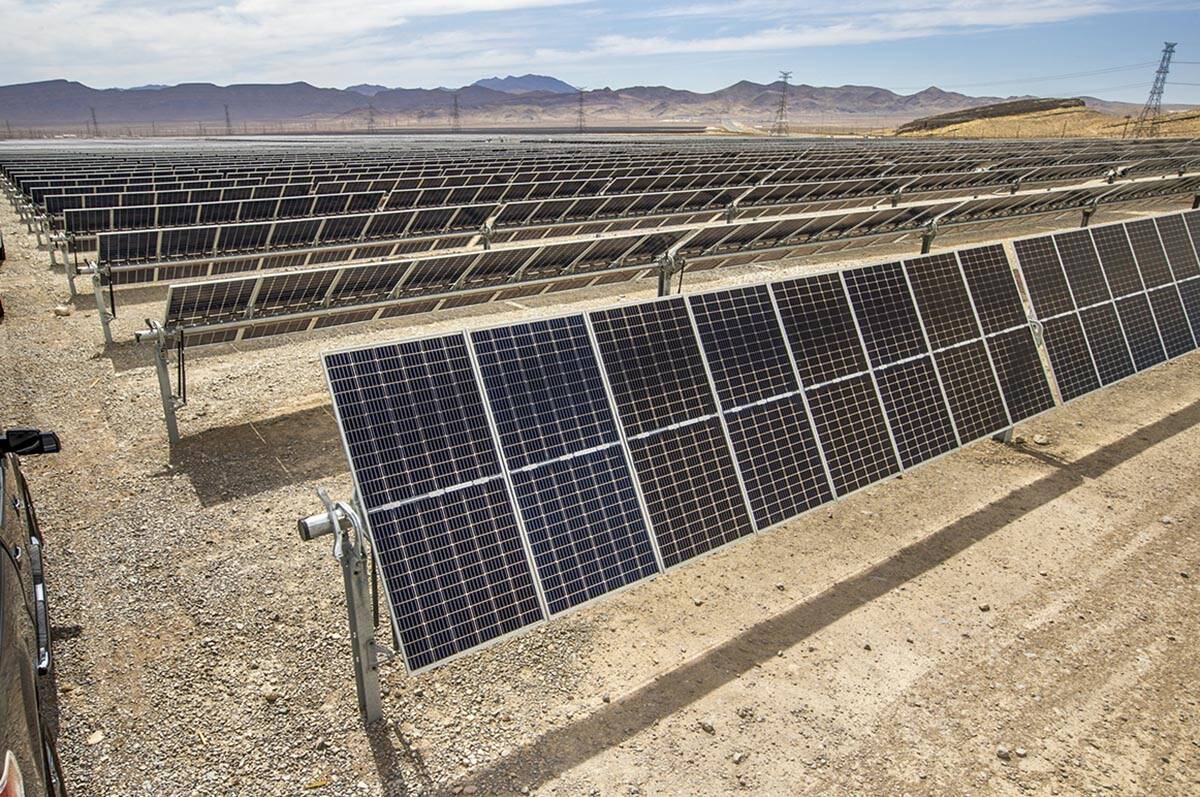 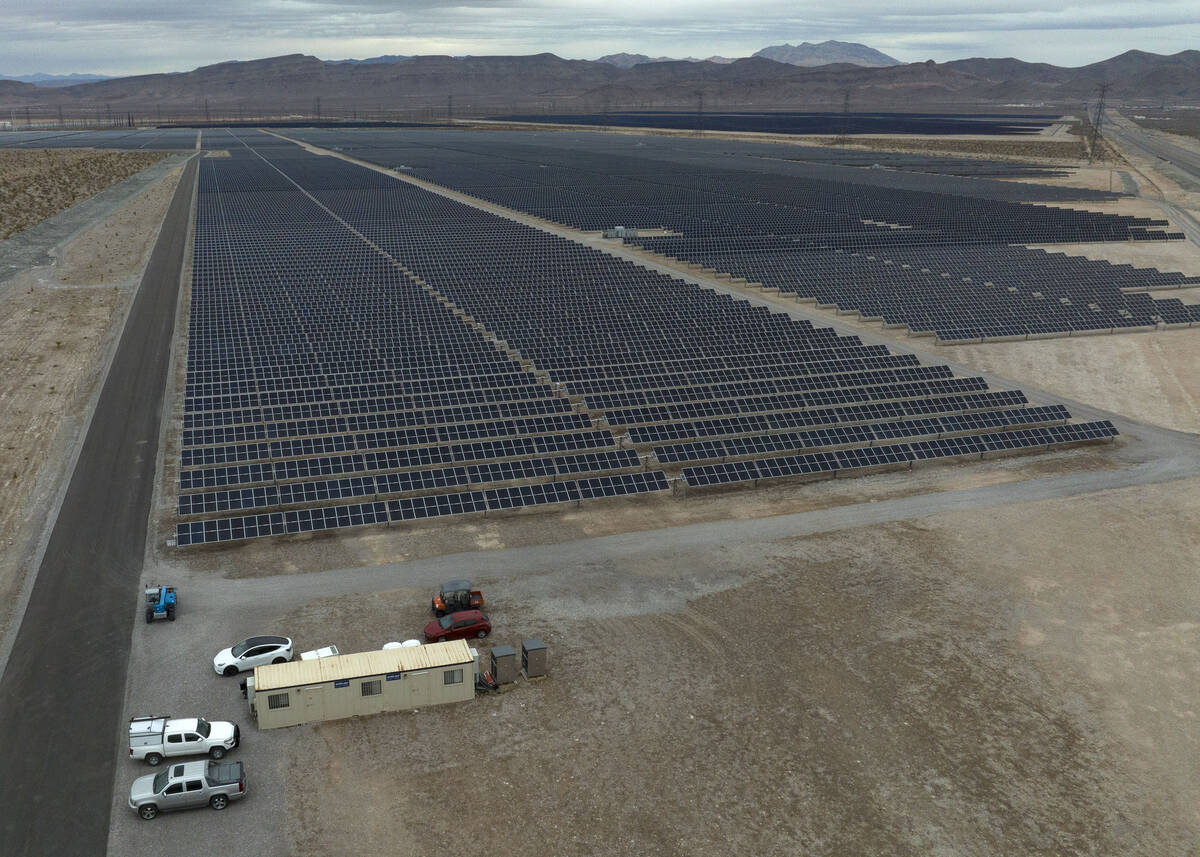 The Mega Solar Array property owned by a Invenergy is seen, on Monday, Jan. 9, 2023. A man is facing terrorist related charges after police said he rammed his car through a gate at the solar plant on U.S. 93 north of the Las Vegas Speedway on Jan. 4th. (Bizuayehu Tesfaye Las Vegas Review-Journal) @btesfaye

The FBI has joined the Metropolitan Police Department in investigating what is being considered a terror attack on the MGM Mega Solar Array facility northeast of Las Vegas.

The attack resulted in power from the facility being shut down Thursday.

“Following an incident at the Mega Solar Array facility, on-site personnel immediately notified authorities and shut down the plant’s operations as a precaution in accordance with industry-standard safety protocols,” Chicago-based array owner and operator Invenergy said in an emailed statement. “No one was injured, and the facility is expected to be fully operational this week.”

There was no estimate on how much it would cost to replace damaged components.

Mohammed Mesmarian, 34, was arrested in Boulder City and faces felony charges of committing an act of terrorism, escape by a prisoner, and two counts each of arson and destruction of property valued at $5,000 or more, court records show.

He is scheduled to appear in Las Vegas Justice Court on Tuesday morning for a 72-hour hearing.

Employees at the power facility called police at 11:37 a.m. on Thursday, to report that a man broke through the fence and set a vehicle on fire. The facility is off U.S. Highway 93, 30 miles northeast of Las Vegas.

Court records show that Mesmarian was arrested near Boulder Beach Campground in the Lake Mead National Recreation Area. It is unclear how Mesmarian got to the campground from the array facility.

Invenergy owns the solar array and has a 20-year power purchase agreement with MGM. In early 2021, Invenergy sold a 75 percent interest in the array to AEP Renewables, a subsidiary of American Electric Power, one of the nation’s largest electric companies.

The Nevada array — a collection of 323,000 panels arranged across 640 acres — provides power equivalent to the amount used by 27,000 average-size U.S. homes annually. MGM Resorts is the sole user of the renewable electricity generated, and the array produces up to 90 percent of MGM Resorts’ Las Vegas daytime power needs for 65 million square feet of buildings across 13 properties and more than 36,000 rooms on the Strip.

MGM had no additional comment on the attack or how it provided power during the time the array was offline.

The FBI, which referred questions to Metro as the lead agency in the case, entered the investigation as the number of attacks on power grid facilities nationwide increased in 2022.

The U.S. Department of Homeland Security issued a national terrorism advisory bulletin in November saying it had joined the FBI in developing awareness on power grid attacks. Most recently, there were attacks on substations on Christmas Day that knocked out power in five states.

“The United States remains in a heightened threat environment,” the Homeland Security Nov. 30 bulletin says. “Lone offenders and small groups motivated by a range of ideological beliefs and/or personal grievances continue to pose a persistent and lethal threat to the homeland. Domestic actors and foreign terrorist organizations continue to maintain a visible presence online in attempts to motivate supporters to conduct attacks in the homeland. Threat actors have recently mobilized to violence, citing factors such as reactions to current events and adherence to violent extremist ideologies.”

The department said at least 108 human-related incidents were reported during the first eight months of 2022, compared with 99 in all of 2021 and 97 in 2020. More than a dozen cases of vandalism have been reported since September.

Four substations vandalized on Christmas Day in Washington state knocked out power to 14,000 customers. Substations in Washington and Oregon were attacked at least six times in November and December. Prior to that, other high-profile incidents involving power substations were reported in other states.

On Dec. 3, two substations in Moore County, North Carolina, left tens of thousands of customers without power during a cold snap.

In Maysville, North Carolina, a substation was vandalized on Nov. 11.

Six “intrusion events” were reported at Duke Energy substations in Florida in September.

A spokesperson for NV Energy, which has no role with the MGM Mega Solar Array, said the company is aware of the growing number of attacks on energy facilities.

“We are aware of a recent incident to a solar facility caused by a vehicle impact,” NV Energy spokesperson Katie Nannini said on Monday.

“The equipment in question does not belong to NV Energy,” she said. “We take the physical and cyber security of our energy equipment very seriously, and we work closely with local, state and federal law enforcement on a regular basis. Recent events impacting energy infrastructure in the United States are top of mind for us as we work to enhance the security of our energy infrastructure. We have and will continue to strengthen and enhance our facilities to ensure that our customers are not detrimentally impacted by these types of disruptions.”

Nannini said the recent attack on the solar array has not resulted in any special new security measures surrounding its own energy facilities.

“We continually invest in security measures at critical infrastructure around the state, both from a cyber as well as physical standpoint,” she said. “Some examples include installing protective barriers and replacing chain-link fences in some instances with heavy brick walls.”