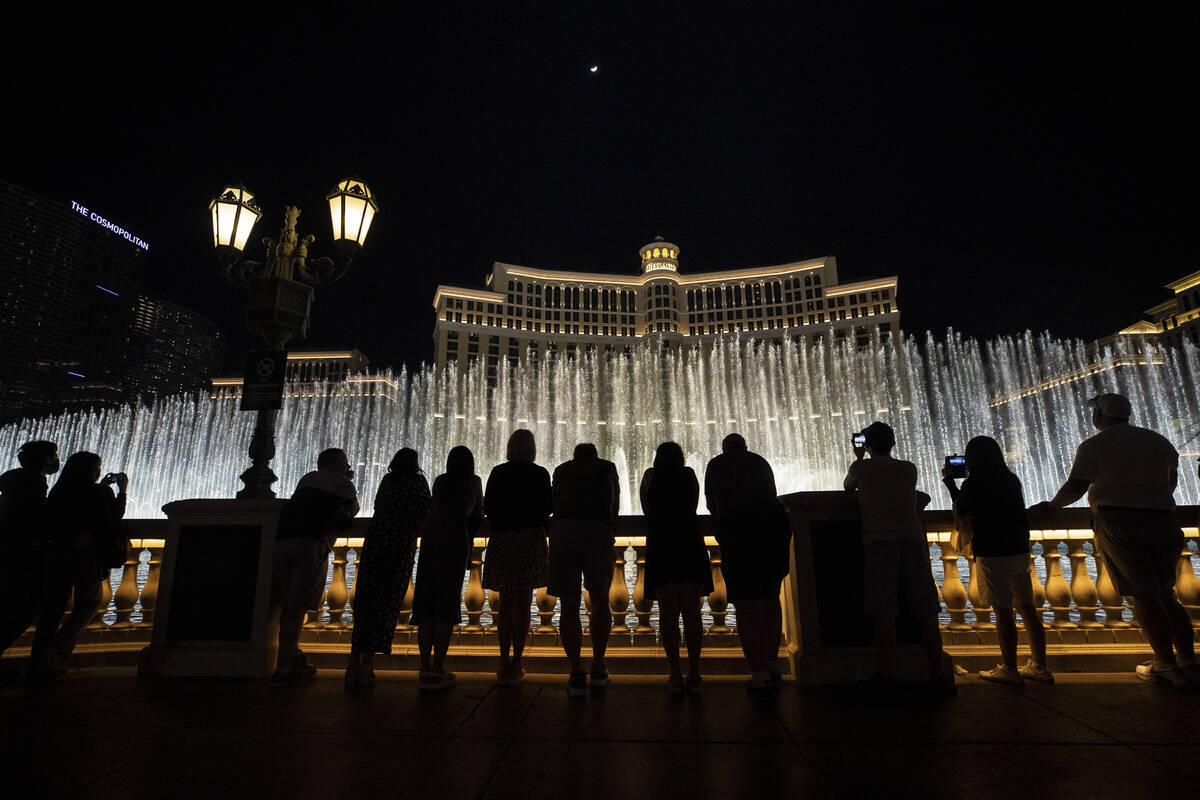 The Fountains of Bellagio is one of the most photographed casinos in the world — at least on Instagram.

A ranking released Monday found nearly 3 million people have posted photos of the Fountains of Bellagio on Instagram as of Aug. 11, making it No. 1 on a list of the top 10 casino-related Instagram posts.

And six of the top 10 places were from Las Vegas properties, according to the casino rating site bestcasinosites.net.

The company listed the most Instagrammable casinos worldwide based on a study of hashtags.

“Casinos aren’t just a place to gamble, they can also be picturesque places to stay,” company spokeswoman Jane Weightman said. “From the fountains of the Bellagio to the Egyptian-inspired pyramid of the Luxor, casinos make iconic Instagram snaps with their decadent architecture and interior design.”

Weightman explained that the company collated a seed list of 43 of the most iconic casinos from around the world from an assortment of articles from Architectural Digest, Town & Country, Trips To Discover, New York Spaces, Space Coast Daily, Our Culture Mag, Cool Things, Finances Online and One World 365. It then counted casino hashtags to rank the list.

Mike O’Brien, senior director of digital marketing for the Las Vegas Convention and Visitors Authority, said Instagram posts are a huge plus for all of Las Vegas.

“User-generated content, UGC, is a fantastic way to drive awareness and amplify social conversation for the destination,” O’Brien said. “It’s often seen as more trustworthy than branded content as it has a sense of authenticity. We love that Vegas is a high-volume topic of conversation across all social platforms, and this type of UGC content helps fuel and sustain that.”

Las Vegas casinos were well represented in the study.

Bellagio’s dancing water fountains featured at the front of the Strip casino had 2.99 million posts, a figure not surprising to Weightman.

“This result is not surprising as this Las Vegas resort and casino is synonymous with the word ‘luxury’ with its 460-foot fountains becoming a tourist attraction in their own right,” she said.

The green lighting of the MGM Grand was No. 3 with 1.91 million posts, and Mandalay Bay’s Shark Reef Aquarium was fourth with 931,714 posts.

Other Las Vegas properties making the top 10 were the lush gardens of Wynn Las Vegas, 501,794 posts; The Venetian’s architecture and gondolas, 276,252; and The Chandelier bar at The Cosmopolitan of Las Vegas, 185,448.

Las Vegas Sands Corp., former owner of The Venetian, had two Asian casinos on the list. The Marina Bay Sands in Singapore, an iconic three-tower property with a park across the top of the structure, was No. 2 and The Venetian Macao, which also has Venetian architecture and gondolas, at No. 14.

Wynn Resorts’ Wynn Palace in Macao checked in at No. 19 while Wynn Macau, which has a fountain show similar to Bellagio’s, was No. 26.

In addition to MGM Grand, Mandalay Bay and Luxor, MGM Resorts International was represented on the list with Borgata in Atlantic City, New Jersey at No. 10, MGM Macau at No. 27 and MGM National Harbor in Washington D.C. at No. 42.

Resorts World’s sister properties on Sentosa Island in Singapore finished at No. 23, and its flagship Malaysian resort was at No. 37.

While a number of Las Vegas properties landed on the list, O’Brien said there’s always a chance social media popularity can backfire.

“There’s always a chance for a negative comment for any brand, but for Las Vegas, we often see a high volume of positive sentiment,” he said. “Negative comments do provide an opportunity for brands to connect directly with guests for real-time problem resolution which can turn a negative into a positive.”