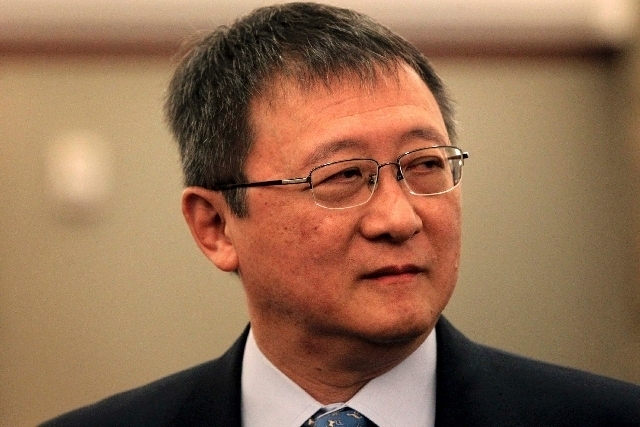 Hong Kong businessman Richard Suen was awarded $1.03 million Wednesday to cover expenses for his six-week trial that ended in May, 10 percent less than he had requested but far more than the 90 percent discount requested by his one-time client, Las Vegas Sands Corp.

In taking 39 minutes to deliver his ruling from the bench, Clark County District Judge Rob Bare included a ringing endorsement of the computer graphics and document management that have become increasingly common in complex trials, particularly involving business matters. Slightly more than half of Suen’s bill after winning his trial — $593,000 out of $1.17 million — was for various slides that helped explain his case and the cost of hiring a trial technician to ensure hundreds of pieces of evidence popped up on big-screen monitors on cue.

“I think members of a jury, most likely, are going to respect a more high-tech approach” than wading through piles of paper, Bare said. “I think they will connect with it. … (It) is more than necessary in today’s modern climate. I think the judiciary should encourage this type of professional, high-caliber type of presentation.”

Bare also approved thousands more for videotaped depositions and for synchronizing the written version with the voice, much like movie subtitles.

The fact that Suen also faced a huge challenge in trying to prove a $328 million claim against a major player on the Strip and its prominent chairman and CEO, Sheldon Adelson, added justification to spending so much on presentation, Bare said.

The jury awarded Suen $70 million for his work in helping the company obtain its lucrative position in booming Macau. Including interest, the total win came to $101.6 million at the end of May, and it is growing at an $8,400-a-day clip.

J. Stephen Peek, the attorney who represented Sands, had argued that the computer-driven show did not meet Nevada law’s standard for awarding the winner “reasonable and necessary” expenses. For hundreds of years, he noted, juries reached verdicts with technology confined to ink on paper.

“Jurors can make decisions without the benefit of graphics and without trial technicians putting graphics on a screen,” Peek said.

But Suen attorney Spencer Persson noted that displaying digital documents or videos of previous testimony stored on a hard drive was faster than the long-standing way of fumbling through thick binders.

“I think we would have been here a lot longer without the technology to pull things up,” he said.

Bare did subtract a variety of items on Suen’s bill, including $104,000 for travel and hotels to attend hearings and the trial itself, a category not specifically permitted by Nevada law; $19,000 for expenses such as copies, faxes and FedEx mailings that were only vaguely defined; $6,245 for fees to give out-of-state attorneys permission to practice in Las Vegas; and several smaller amounts.

The expenses will be added to the final verdict, signaling the go-ahead for Sands to launch an all-but-certain appeal to the Nevada Supreme Court. The company already has hired an appellate attorney.