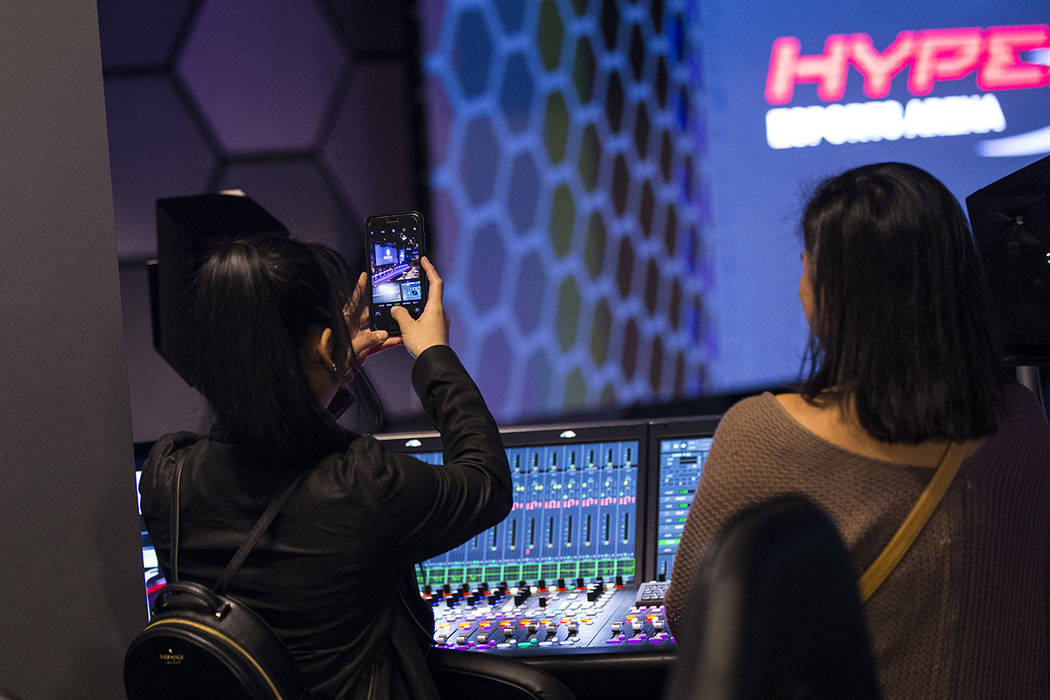 Grant recipient Obe Wan takes a picture while exploring the production room during a visit to the HyperX Esports Arena at the Luxor as part of the 1,000 Dreams Fund's BroadcastHER Academy Challenge in Las Vegas on Friday, March 15, 2019. (Chase Stevens/Las Vegas Review-Journal) @csstevensphoto

Frank Ng, CEO of Allied Esports Entertainment, a California-based company that operates the HyperX Esports Arena at MGM’s Luxor, told investors Tuesday that the company has been looking to figure out a way “to achieve a more asset-light approach to tackle this market.”

The company announced a partnership with a subsidiary of Simon Property Group — a commercial real estate company that operates shopping malls — back in June, with Simon purchasing $5 million of stock and agreeing to collaborate with Allied to build esports venues at its properties.

Ng said the company has been approached by “a lot of major real estate companies like Simon Properties” over the past few months. These sorts of partnerships would allow Allied to run an esports venue without having to purchase the real estate itself.

“A very consistent conclusion is that shopping malls around the world, they’re looking into converting from a shopping center into an experience center,” he said. “They all realize that esports is a very big part of it.”

Meanwhile, esports has been a rapidly growing industry, especially among younger demographics. Research firm Newzoo reported in February that the global esports market is expected to exceed the billion-dollar revenue mark for the first time this year, hitting $1.1 billion on 27 percent growth from last year. Additionally, the global esports audience is expected to reach 453.8 million worldwide, up 15 percent from 2018.