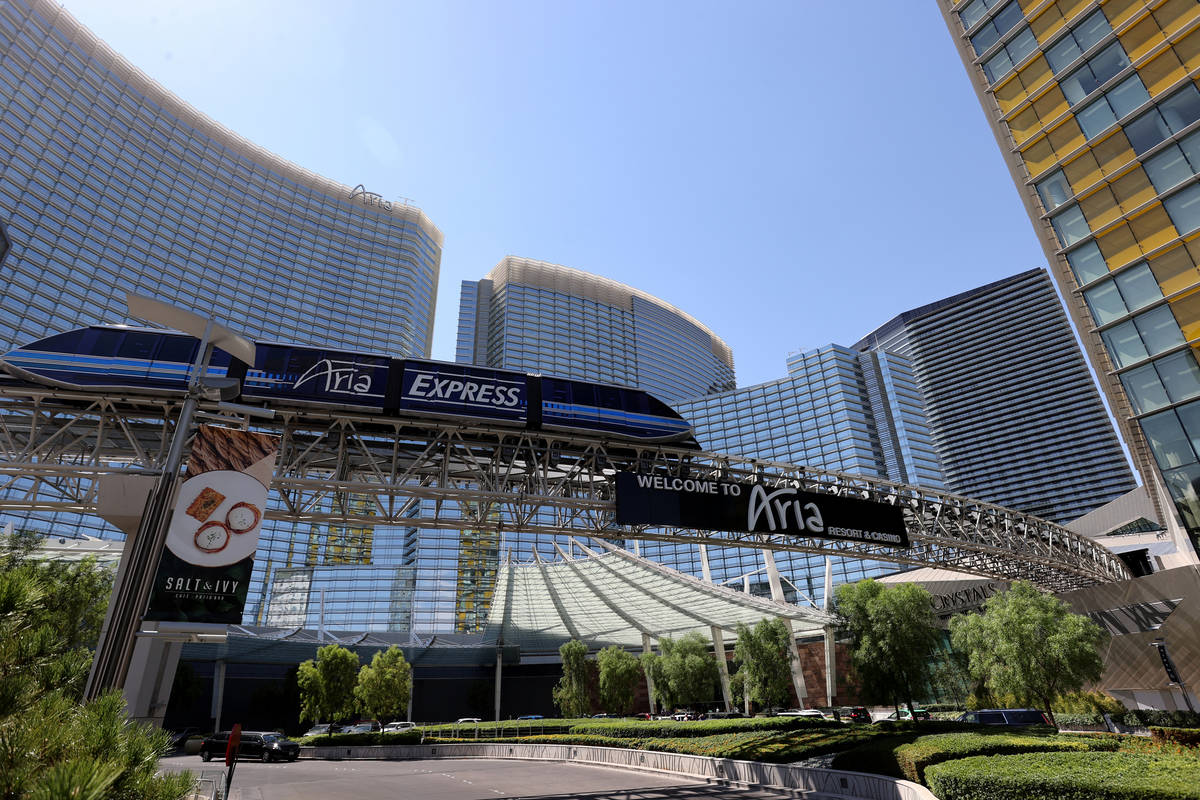 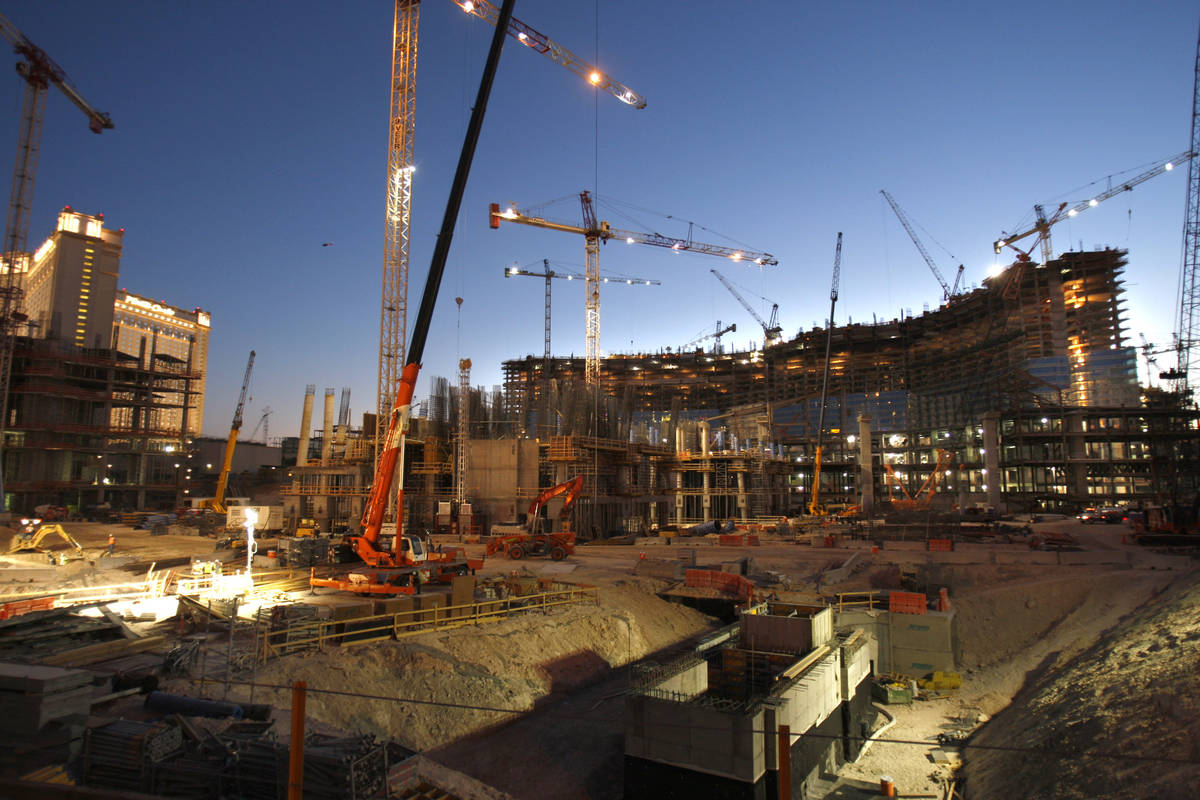 CityCenter is under construction on the Las Vegas Strip on July 12, 2007. (Las Vegas Review-Journal file) 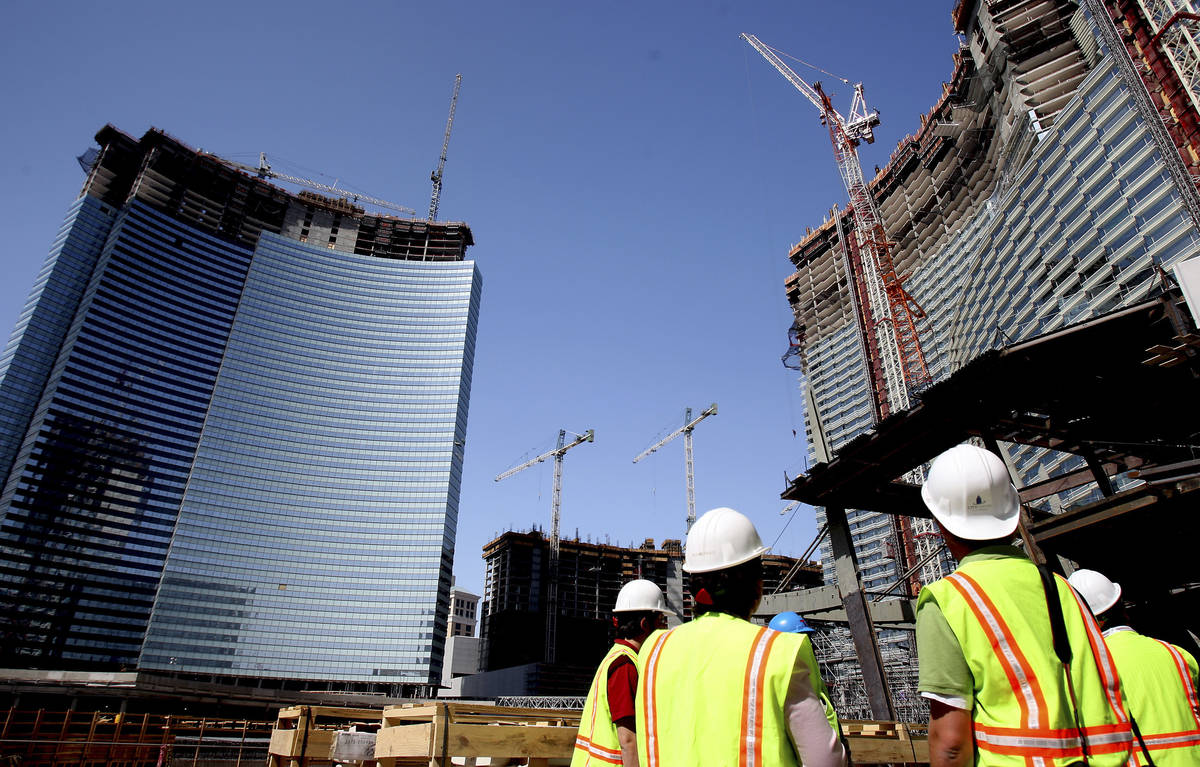 Workers look up at Vdara on the Strip on Thursday, May 8, 2008, in Las Vegas. (Las Vegas Review-Journal file) 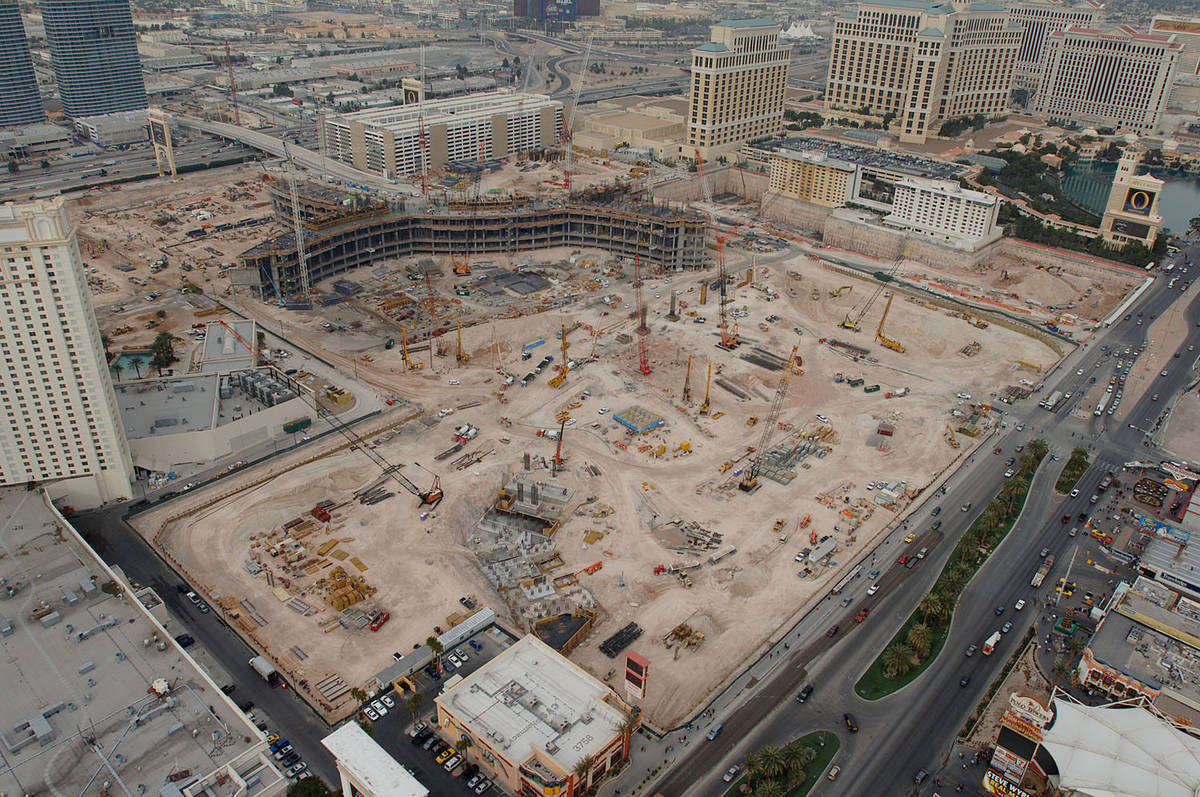 CityCenter is under construction on the Las Vegas Strip in this file photo. (Las Vegas Review-Journal file) 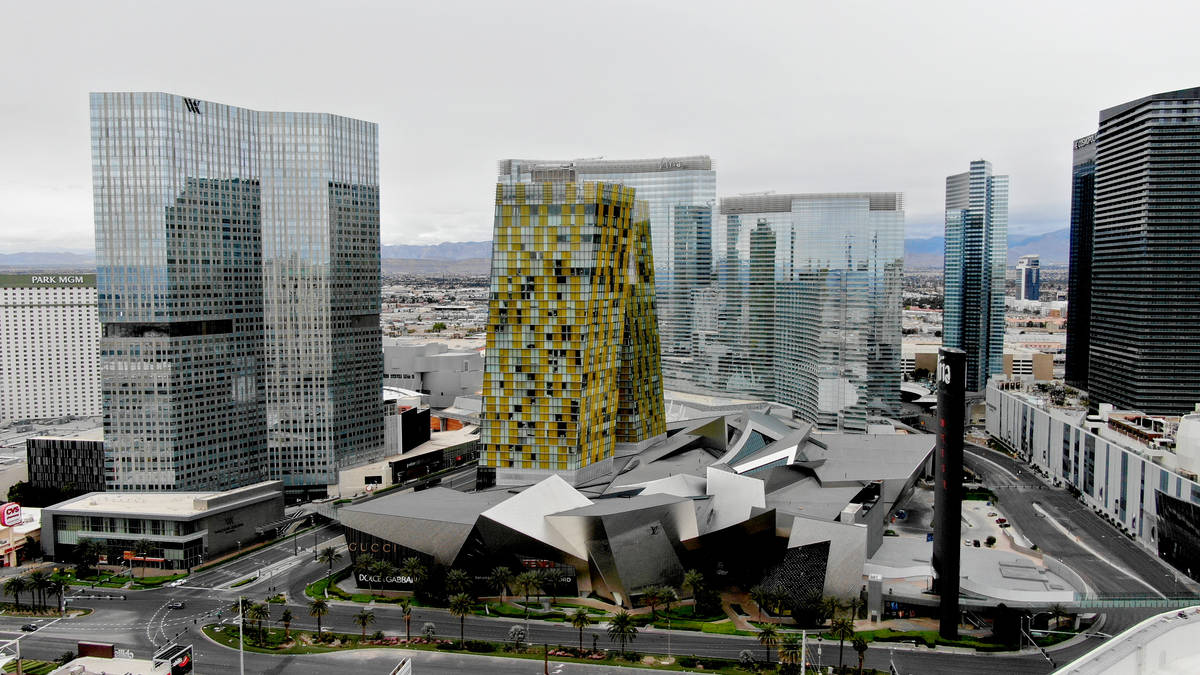 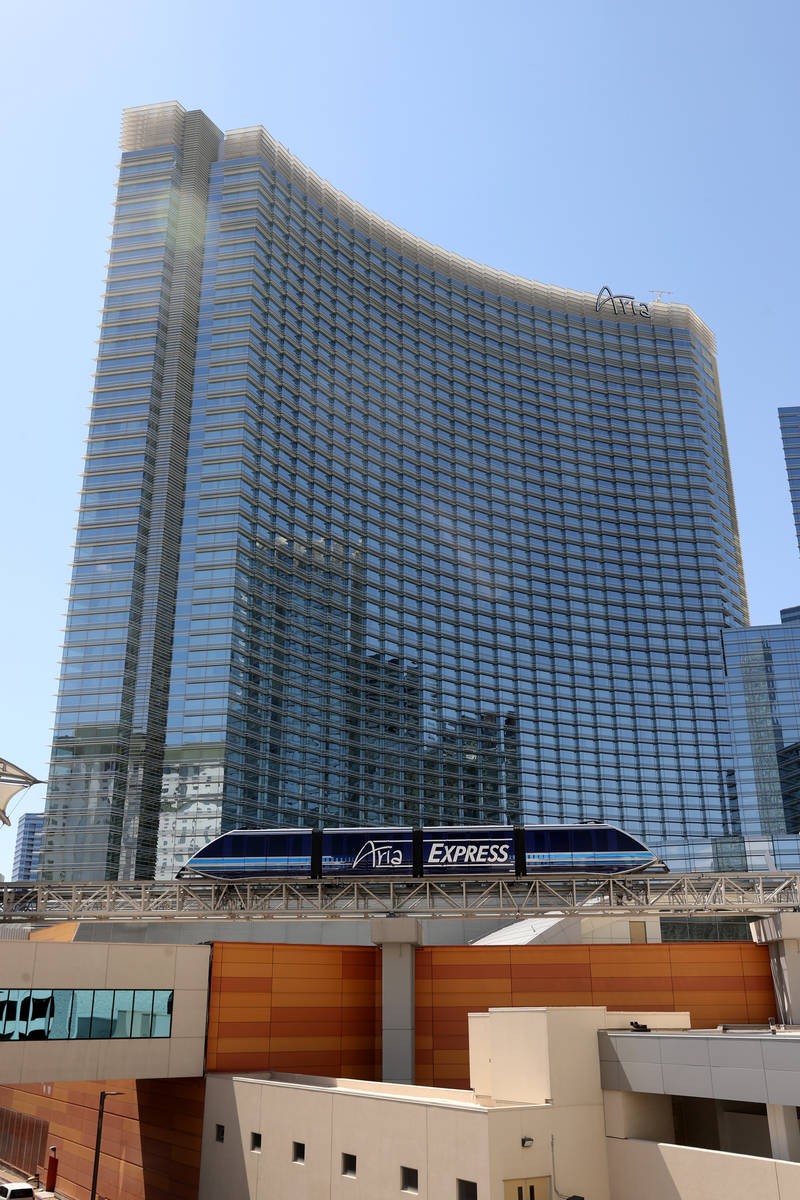 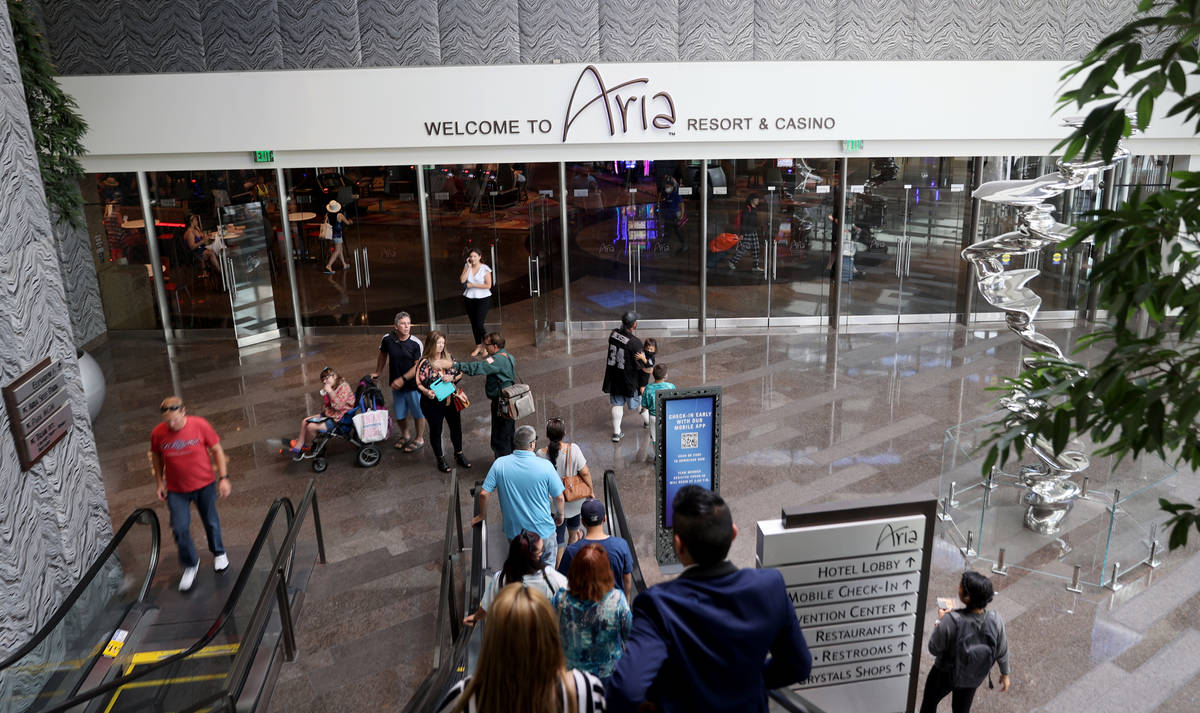 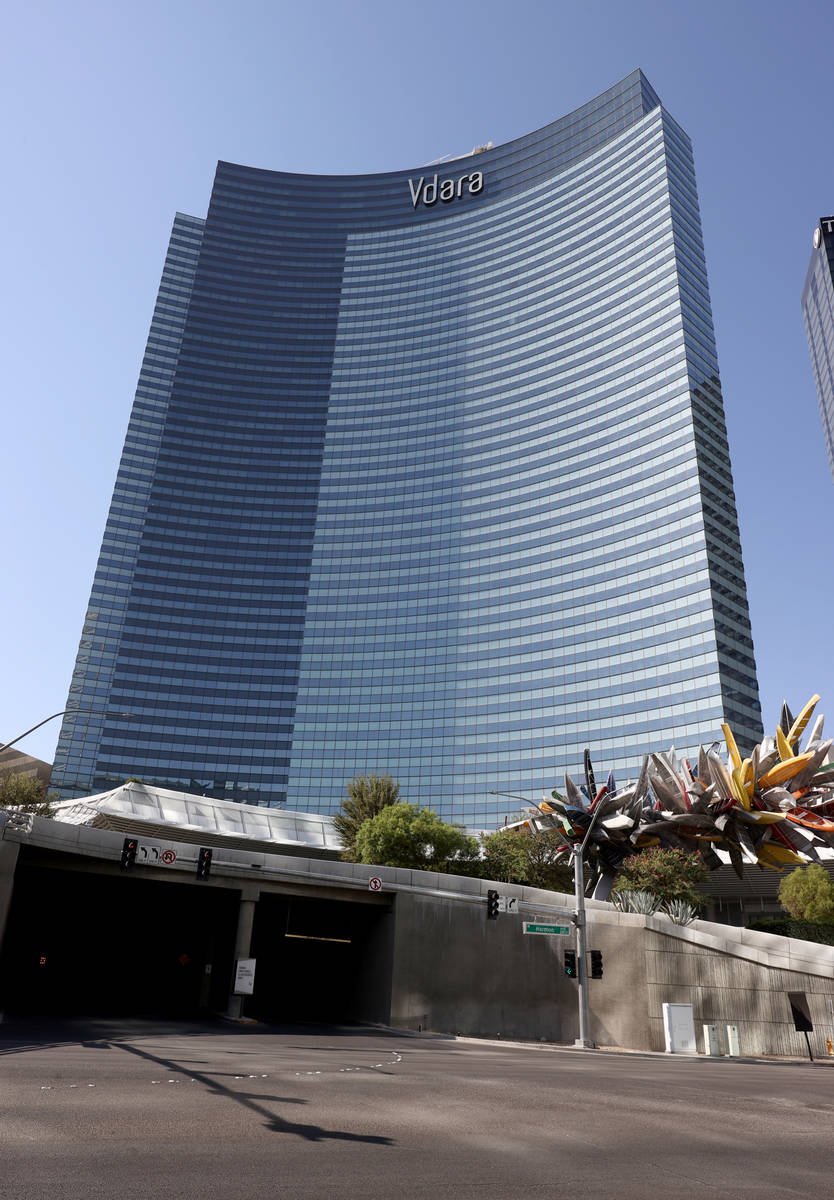 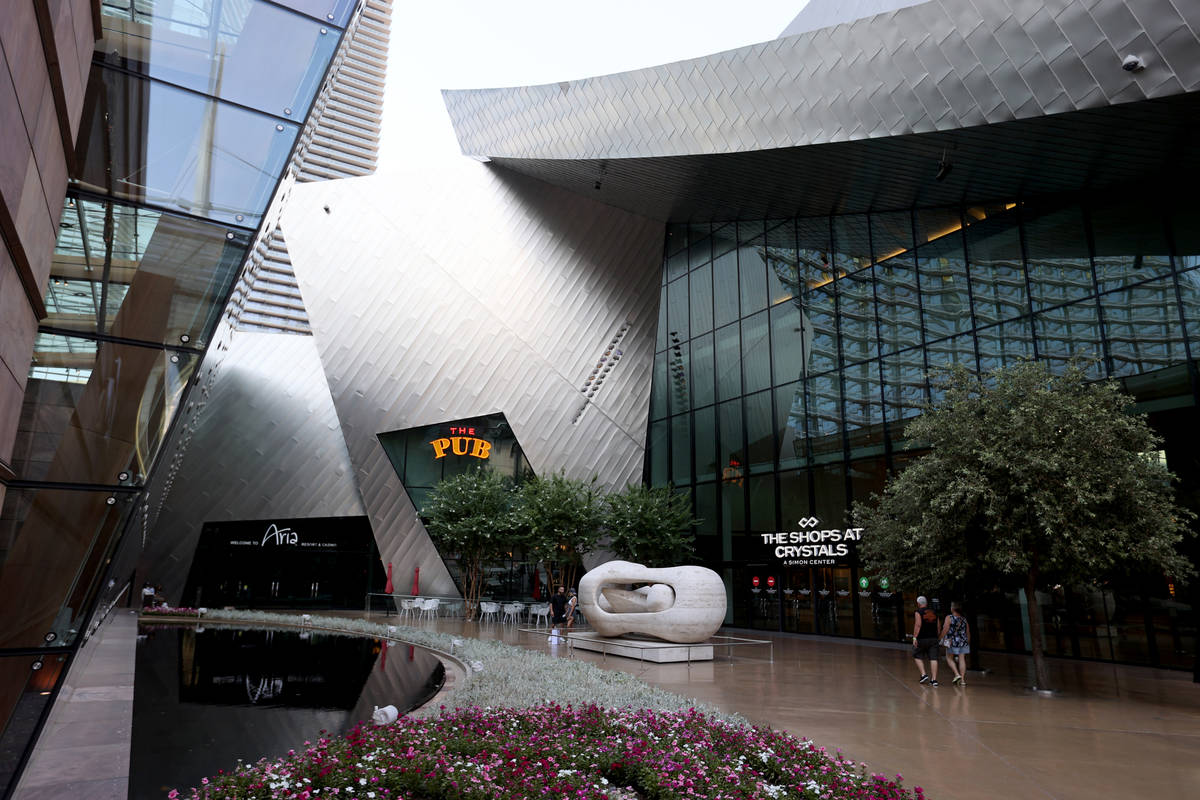 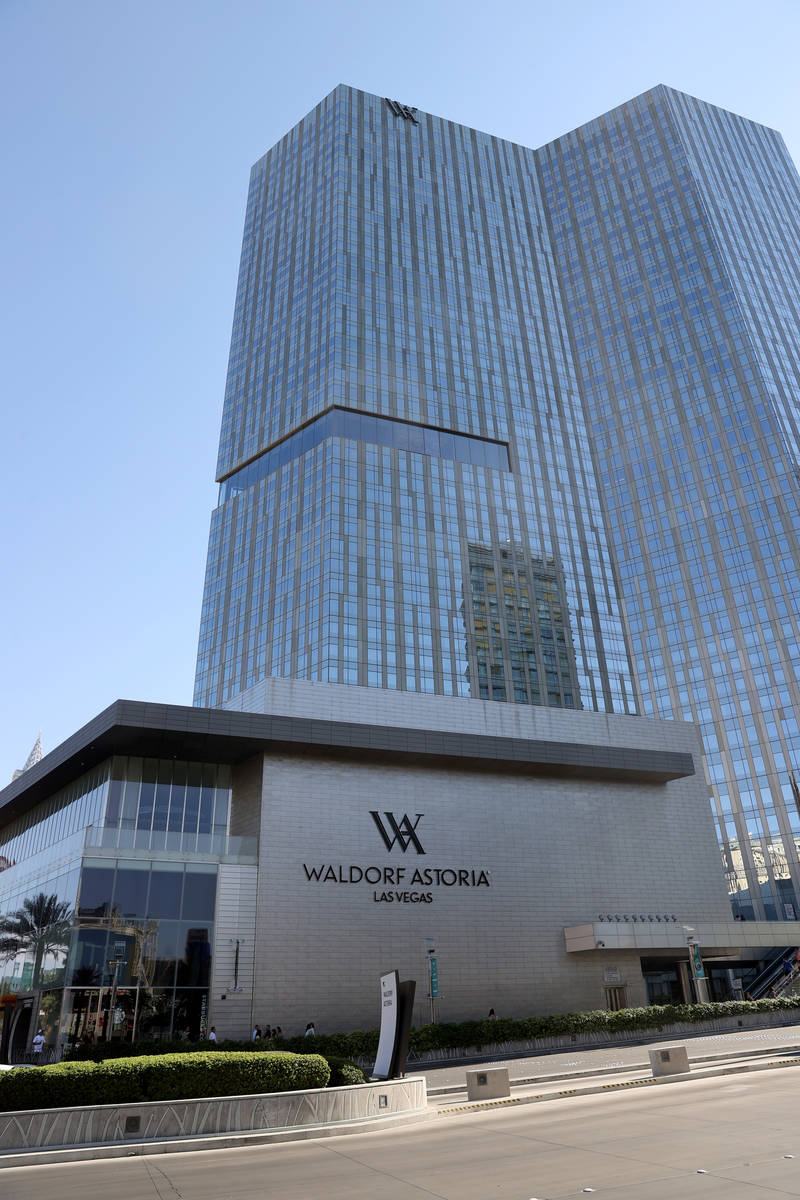 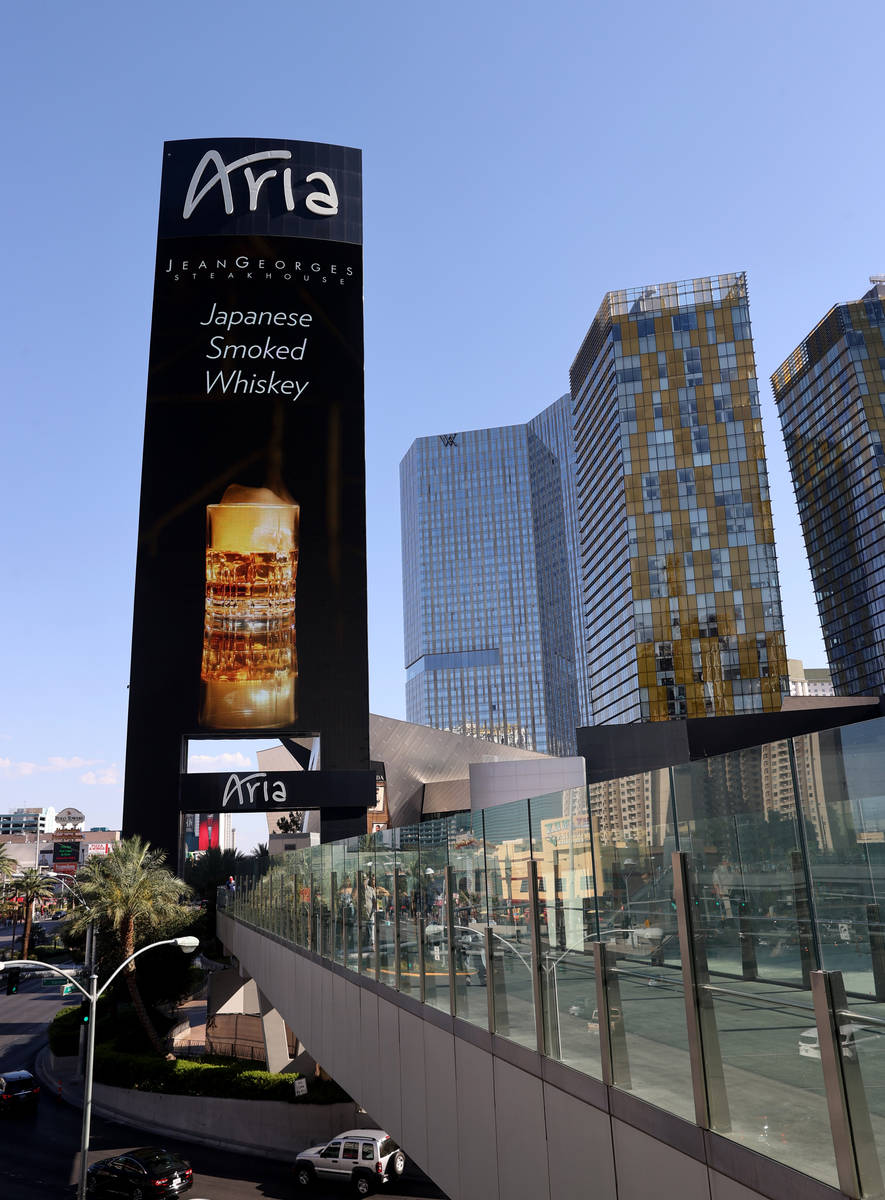 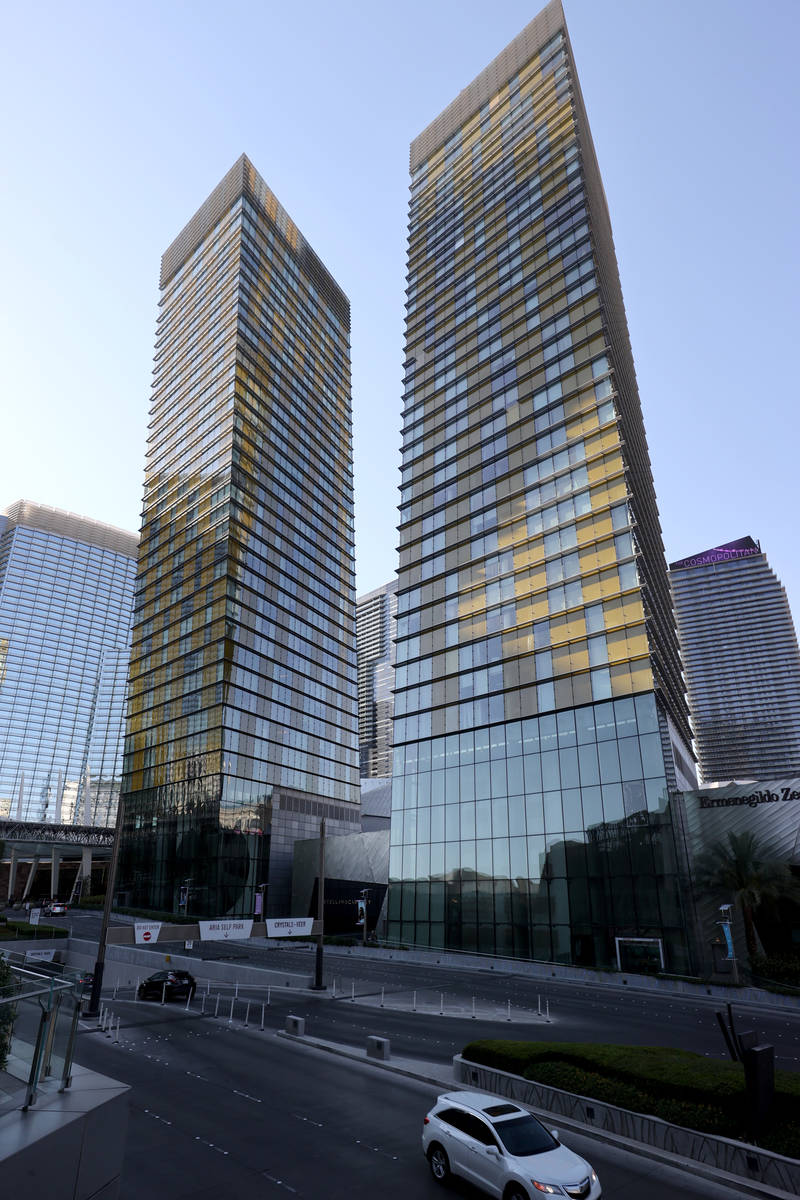 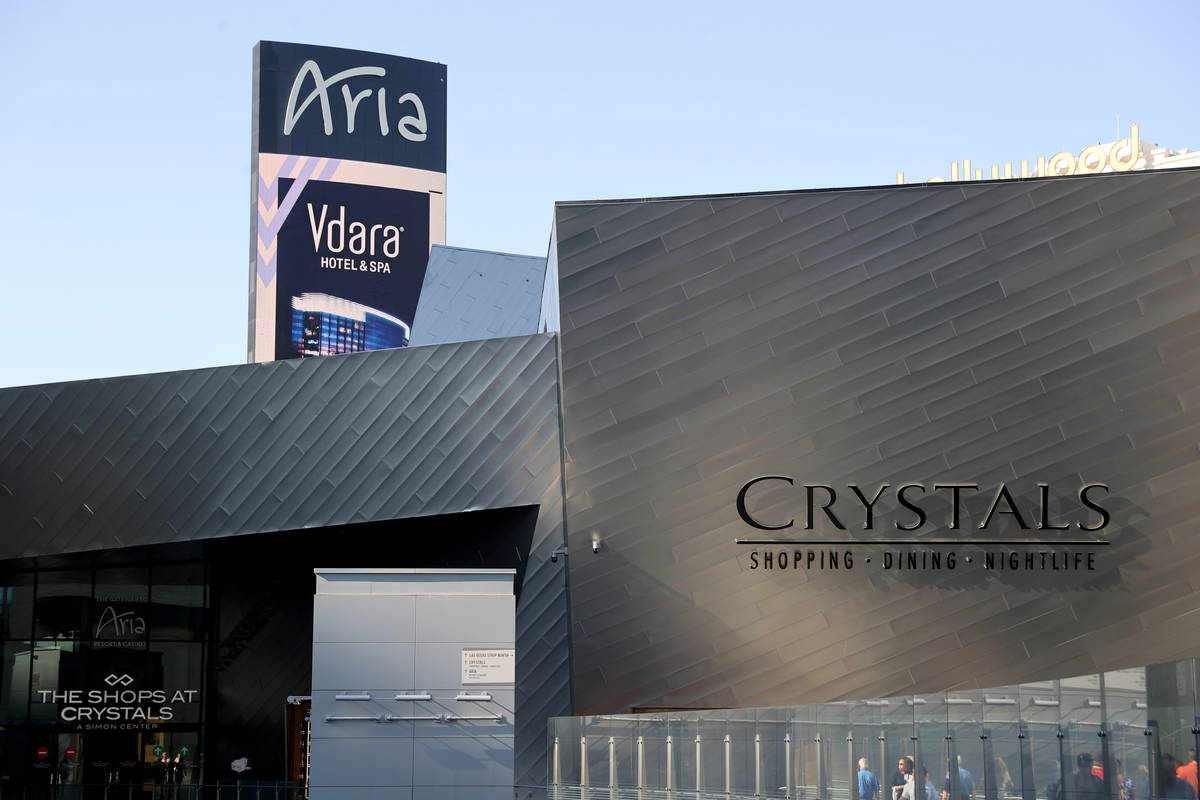 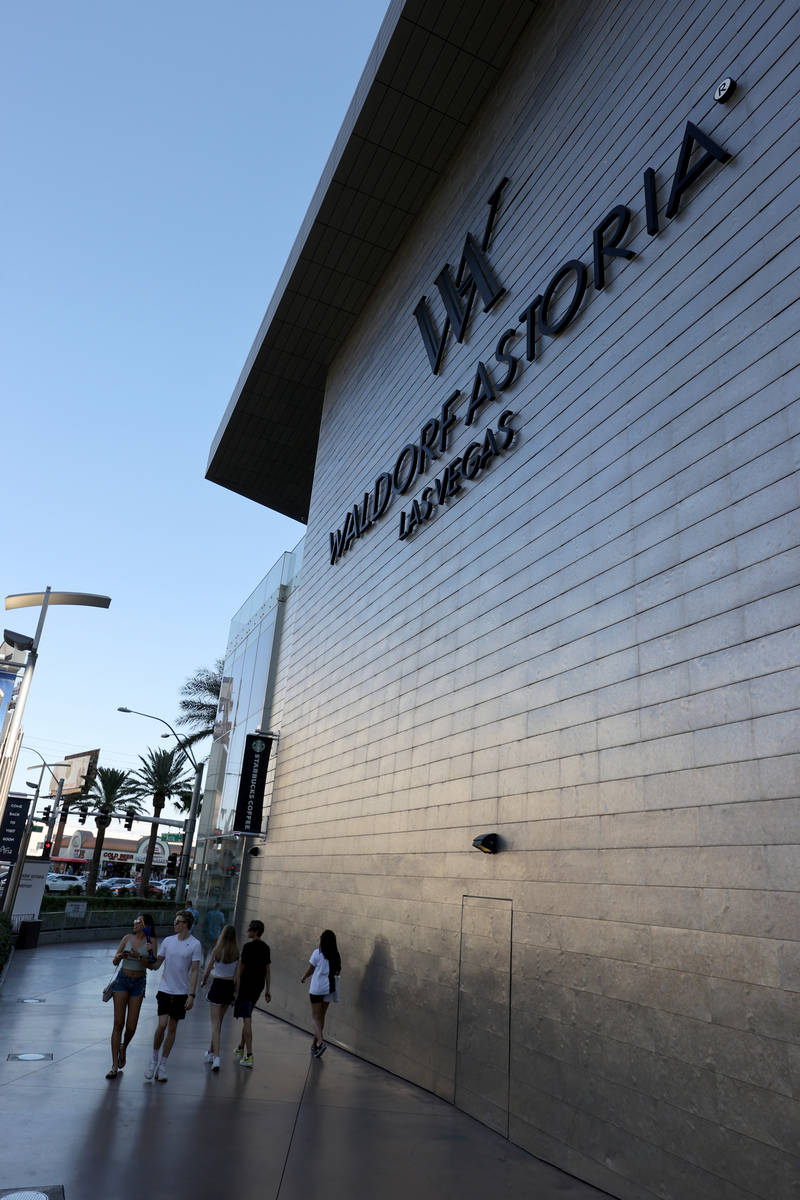 In the fall of 2004, casino operator MGM Mirage unveiled plans for a multibillion-dollar “urban metropolis” that, it promised, would take Las Vegas in a new direction.

Project CityCenter, as it was called, would feature hotels, condos and retail and entertainment space, with MGM’s then-boss Terry Lanni evoking the 1905 land auction that got Las Vegas started, construction of Hoover Dam and other seminal moments in local history.

Less than five years later, the economy was in a freefall, CityCenter’s partners were at odds, and some people speculated MGM might have to file for bankruptcy.

Today, the economy is clawing back from another meltdown, and MGM, after selling pieces of the 67-acre complex over the past several years, has again cashed in on CityCenter, trading its remaining hotels there for a mountain of money.

MGM Resorts International, as the company is now known, announced Thursday that it is buying out its partner in CityCenter, government-owned holding company Dubai World, for more than $2.1 billion, giving MGM full ownership of the Aria and Vdara resorts.

MGM is in turn selling the two hotels’ real estate to New York financial giant The Blackstone Group for about $3.9 billion in cash and leasing them back for an initial annual rent of $215 million.

The deals are expected to close this quarter, a news release said.

Even as waves of big projects came out of the ground in Las Vegas during the frenzied mid-2000s bubble, CityCenter stood out as a massive undertaking. Then after years of problems, including structural defects in a never-finished hotel tower and, tragically, the deaths of six construction workers who died while building CityCenter, the project opened during the worst recession in generations.

More than a decade later, it has now been sold off for billions.

CityCenter, once pitched as a “self-contained city-within-a-city,” was an $8.5 billion project and has a cluster of gleaming skyscrapers.

It features the Aria hotel-casino; Vdara, a nongaming hotel; the former Mandarin Oriental, a luxury high-rise with hotel and condo units; luxury mall Shops at Crystals; a 2-acre parcel next to the mall where the dismantled Harmon hotel once stood, and which is now slated for a retail project; and Veer Towers, two 37-story glass condo buildings that, by design, lean at 5-degree angles.

Mike Mixer, chairman of real estate brokerage Colliers International’s Las Vegas office, said that there was excitement about CityCenter and that Dubai’s investment in the project, in 2007, added an “international flair.”

When MGM unveiled the complex, times were good, Mixer said.

“By the time it opened, things couldn’t have been worse,” he added.

Michael Parks, a hotel-casino specialist with brokerage CBRE Group, said CityCenter was projected as a new way of developing in Las Vegas, with casinos being part of a mixed-use campus.

It also had world-famous architects working on different aspects of the project, he recalled.

CityCenter can be seen today as a successful project, he said, adding that condos in Waldorf Astoria Las Vegas, as the Mandarin is now known, fetch the highest resale prices on the Strip, and that Crystals sold for “a great price” of more than $1 billion.

But years ago, like countless other projects and companies in the valley, CityCenter was a “victim of the recession,” Parks said.

MGM, led by President and CEO Bill Hornbuckle, who took charge of the company last year, declined to comment for this story.

Dubai World, whose chairman, Sheikh Ahmed Bin Saeed Al Maktoum, took his position in 2010, did not respond to a request for comment.

MGM had high hopes for CityCenter when it unveiled the plans.

In summer 2007, MGM announced that Dubai World was putting $2.7 billion into CityCenter for 50 percent ownership and would buy up to $2.4 billion worth of MGM stock.

Soon enough, however, the real estate bubble burst. Las Vegas was ground zero for America’s financial wreckage, and projects across the valley were getting derailed.

MGM landed a big cash infusion after the economy started to plunge, reaching a deal in late 2008 to sell Treasure Island to Phil Ruffin for $775 million. But the cost of CityCenter had climbed, construction defects in the unfinished Harmon hotel sparked a massive court battle involving contractors and the developers, and CityCenter’s owners fought with each other.

Dubai World sued MGM over the project and reportedly stopped putting money into it. The project teetered on bankruptcy, and, as the Review-Journal reported, there was speculation that MGM Mirage itself might file for Chapter 11.

In April 2009, MGM announced it had provided $70 million to cover construction costs at CityCenter, including $35 million “that should have been funded” by Dubai.

Later that month, MGM and Dubai World agreed to fully fund and finish the project.

“I don’t think I can overstate the significance of this event,” Murren, by then MGM’s chief executive, said at the time.

Months later, in December 2009, CityCenter opened. Las Vegas’ jobless rate was around 13 percent, having more than tripled since MGM first announced the project.

Las Vegas spent years crawling back from the Great Recession, though soon enough it was seeing lucrative real estate deals, including at CityCenter.

MGM and Dubai sold Crystals in 2016 for about $1.1 billion to mall operator Simon Property Group and real estate firm Invesco. They also sold Mandarin Oriental in 2018 for $214 million to Andrew and Peggy Cherng, the founders of fast-food chain Panda Express, and hotel investor Tiffany Lam.

All told, CityCenter is a high-profile project with a mixed history, and today, it’s in high demand, said Colliers’ Mixer.

“It makes it all that much more valuable to know that it’s weathered some major storms,” he said. 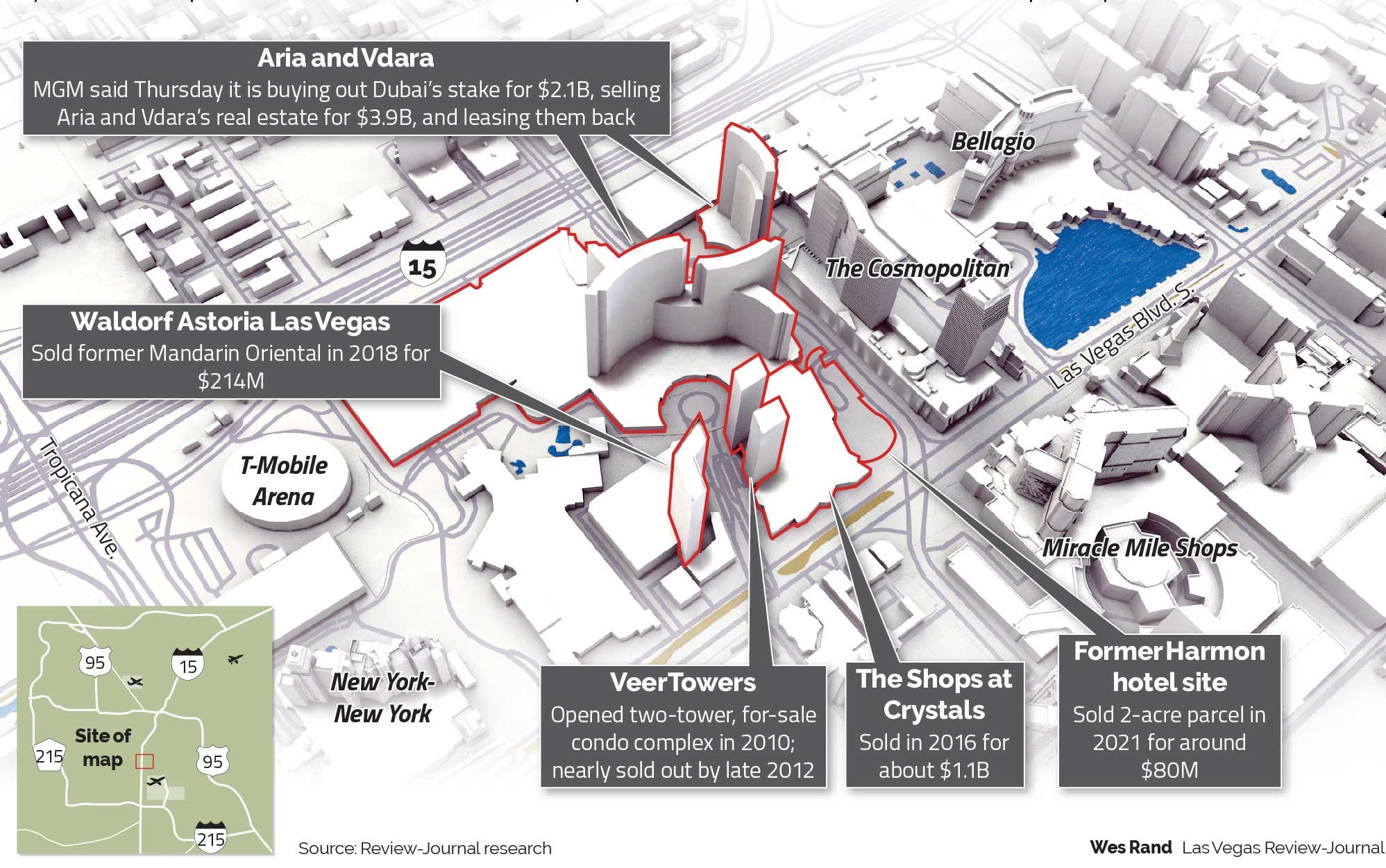