Job hopping may be commonplace today, but for 784 MGM Grand employees, sticking with the nation’s largest hotel since the day it opened 25 years ago is cause for celebration.

And that’s what they did Friday when those employees — roughly 10 percent of the hotel staff — gathered to observe their 25th anniversary working at the 5,044-room Strip property.

MGM CEO Jim Murren congratulated the crowd for their service and shared his own memories of the MGM Grand.

Murren said he first visited the property in 1993 with his recently widowed mother shortly after it opened. He was still a Wall Street analyst at the time and the two got the chance to meet his ‘’idol,’’ MGM Resorts International founder Kirk Kerkorian.

Murren reminded them that he lived in the MGM Grand when he moved to Las Vegas after accepting Kerkorian’s offer to join the company 20 years ago.

“How many of you remember Jim Murren, Heather Murren, a 3-year-old and an infant living up on the top floor here? I am sorry that my 3-year-old broke that lamp in the room. I am sorry that my infant used to scream and cry in the cafeteria,’’ he joked with the employees, who also shared tales of their time at MGM Grand.

Mitchell Klock, national sales manager, said he left his job at the Flamingo Hilton in 1993 to join the MGM Grand while it was still a massive Strip construction project.

Klock was the 145th employee hired by MGM Grand, and though his original job title was leisure sales, he helped the company that summer interview some of the 100,000 job applicants.

“Anybody that was employed at the time — it was all hands on deck. They asked everybody to help out with the interview process because the crowds were massive. They were around the building,’’ he said.

The 60-year old said the MGM Grand was a “second home’’ to the two children he raised after joining the property and he intends to stay put until retirement.

Angelica Santana, 53, moved to Las Vegas from New York in March 1993, and worked at Treasure Island for a few months before joining the MGM Grand’s housekeeping department.

She transferred to the lost-and-found unit in 1996 and has remained there ever since. Santana has helped return expensive jewelry and phones to guests over the years, but one of the most memorable finds was something that had no economic value.

A female guest once left a small blanket at the hotel and called lost and found in tears. The woman explained that the blanket belonged to her deceased baby and she took it with her during her travels as a reminder.

“She said the blanket had the scent of the baby. I called the laundry department and everybody was looking for it. When we found the blanket and I called her, it was amazing.’’

Katherine Stiglitz, 55, joined MGM Grand in the summer of 1993 to guard the property as workers completed construction. Stiglitz said she first applied for a security job at the Rio, which recommended she try the MGM Grand.

“I had driven by it and I thought to myself that is a huge place. I am not even sure I can find my way around there,’’ Stiglitz said.

Stiglitz said her most cherished moments over her 25-years are the “small things’’ like helping and comforting guests and co-workers who have needed medical attention.

One of her most memorable moments was an incident that happened about two weeks after she joined. While walking through the theme park that was then under construction, she fell into a hole.

“It wasn’t dangerous, but I couldn’t get out as it was rather deep. So I had to call my dispatcher that I was stuck in a hole and could someone please get me out.’’ 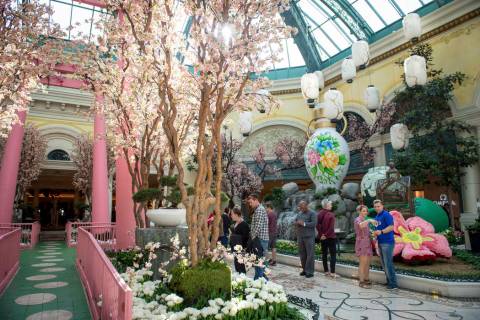 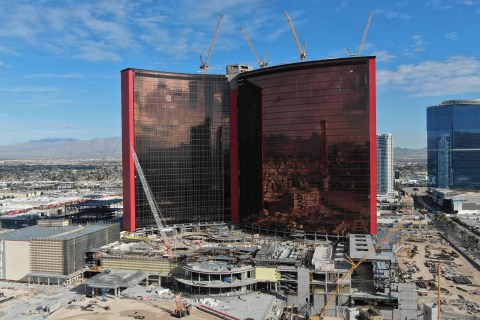