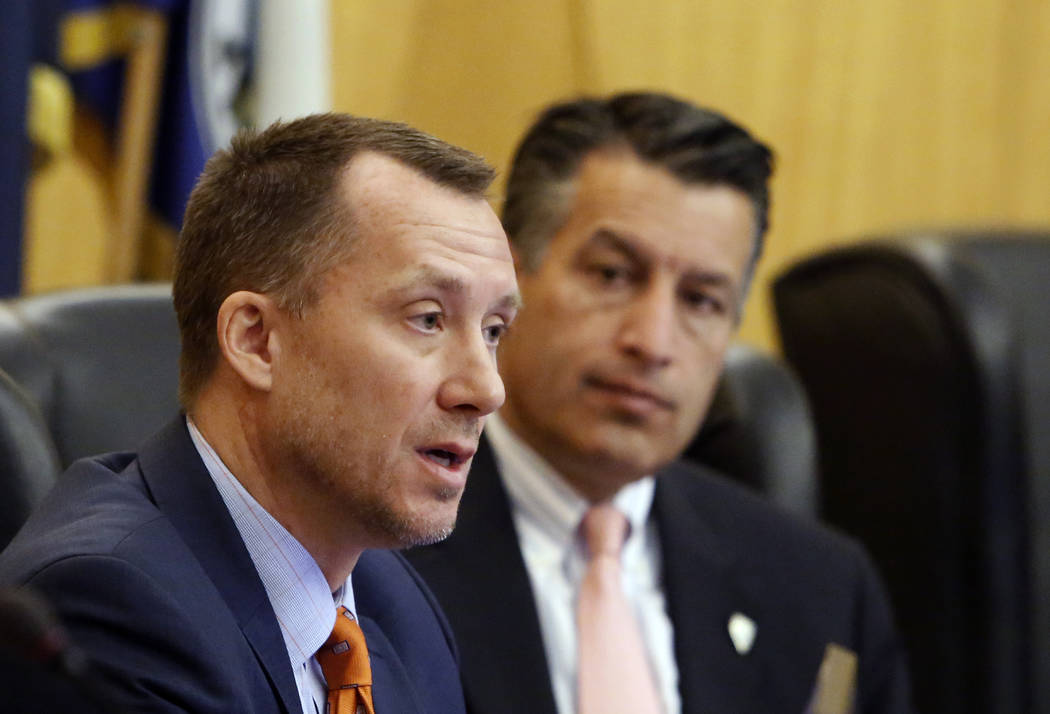 Control Board Chairwoman Becky Harris on Tuesday said board investigators would pursue the allegations against Steve Wynn, first brought to light Friday in a graphic report by The Wall Street Journal.

Discipline could be severe: six- or seven-figure fines or even a license revocation if it’s determined that the actions by Wynn, chairman and CEO of Wynn Resorts, is deemed a detriment to the gaming industry and hurt the reputation of the state.

Action would depend on the findings of Gaming Control Board investigators, whether those findings result in a complaint from the three-member Control Board and how the five-member Nevada Gaming Commission chooses to act on the complaint, according to gaming attorney A.G. Burnett of the McDonald Carano law firm, who in December stepped down as the chairman of the Control Board to enter practice in the private sector.

Gaming regulators in Massachusetts and Macau already have begun pursuing investigations with the Massachusetts Gaming Commission scheduled to meet Wednesday. Wynn is in the midst of building a casino hotel near Boston Harbor in Everett.

A special committee of the Wynn Resorts board of directors also is conducting a separate investigation. Pat Mulroy, the only woman on the 10-member Wynn board, is heading the investigation and will be assisted by retired U.S. Navy Admiral Jay Johnson and M&H Realty Partners and WestLand Capital Chairman John Hagenbuch.

Allegations that Wynn demanded sexual favors from and assaulted female hotel employees over the last three decades were reported by The Wall Street Journal on Friday. Wynn has vehemently denied the accusations, saying it’s “preposterous” that he ever assaulted an employee.

Questions will likely center around “grounds for disciplinary action” established in the Nevada Gaming Commission’s Regulation 5.

The regulation says, “Failure to exercise discretion and sound judgment to prevent incidents which might reflect on the repute of the state of Nevada and act as a detriment to the development of the industry” can be disciplined.

Burnett said the state Gaming Control Board has broad powers to get information from witnesses, and investigators will be allowed to ask a broad range of questions.

“They can go to any employee, from the CEO on down, to get to try to get to the bottom of what was alleged to have occurred,” Burnett said.

“The law doesn’t give the board any timeframe at all when something like this comes up,” Burnett said. “There’s no statute of limitations, there’s no time period by which they have to start or complete an investigation. The powers or the board are extremely broad and it’s case-specific. It depends on what’s been alleged, what the issue is, whether there are other agencies involved.”

There would be no timetable on such an investigation, but Burnett suspects the process would move quickly.

“Here, there’s mention of 150 potential witnesses in the (Journal) article so I would think in a case like this, interviews are crucial and as far as timing, it’s impossible to say because you’ve got to pin people down and try to start discussion,” he said.

“We’ve already seen Massachusetts say they’re going to hold a hearing tomorrow and the DICJ (Macau’s Gaming Inspection and Coordination Bureau) has asked for interviews, so I think things can unfold rather quickly.”