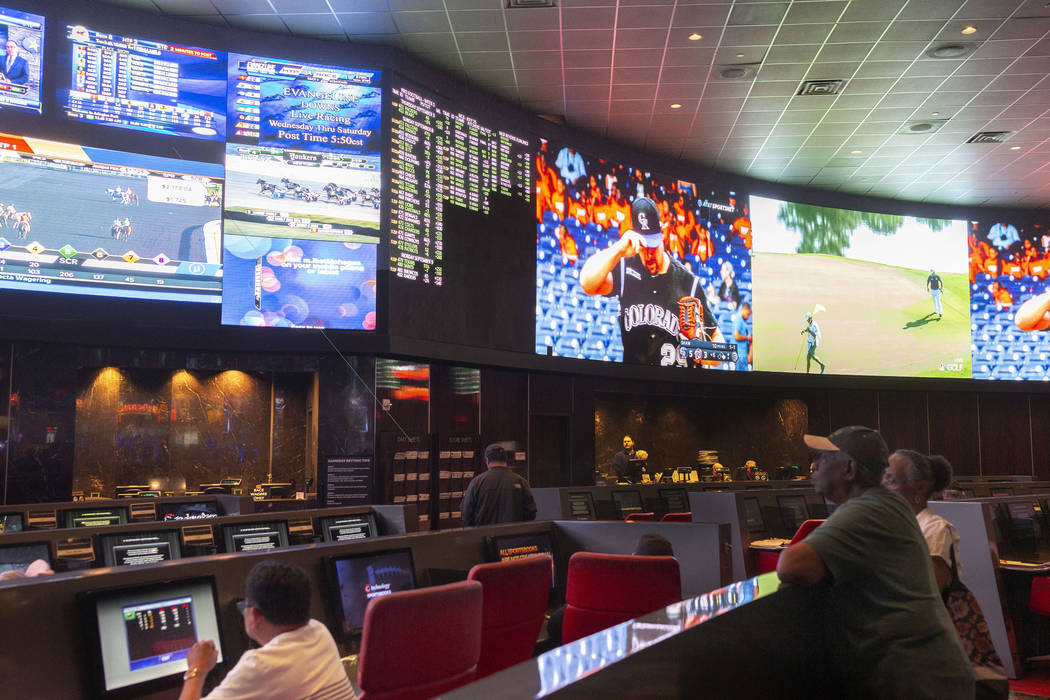 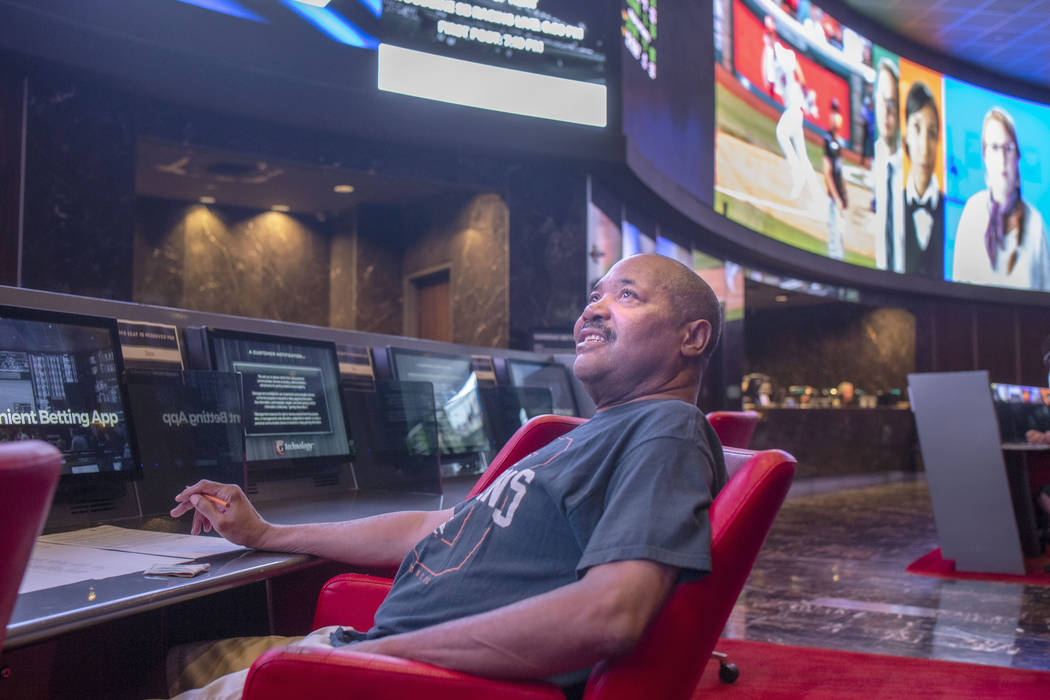 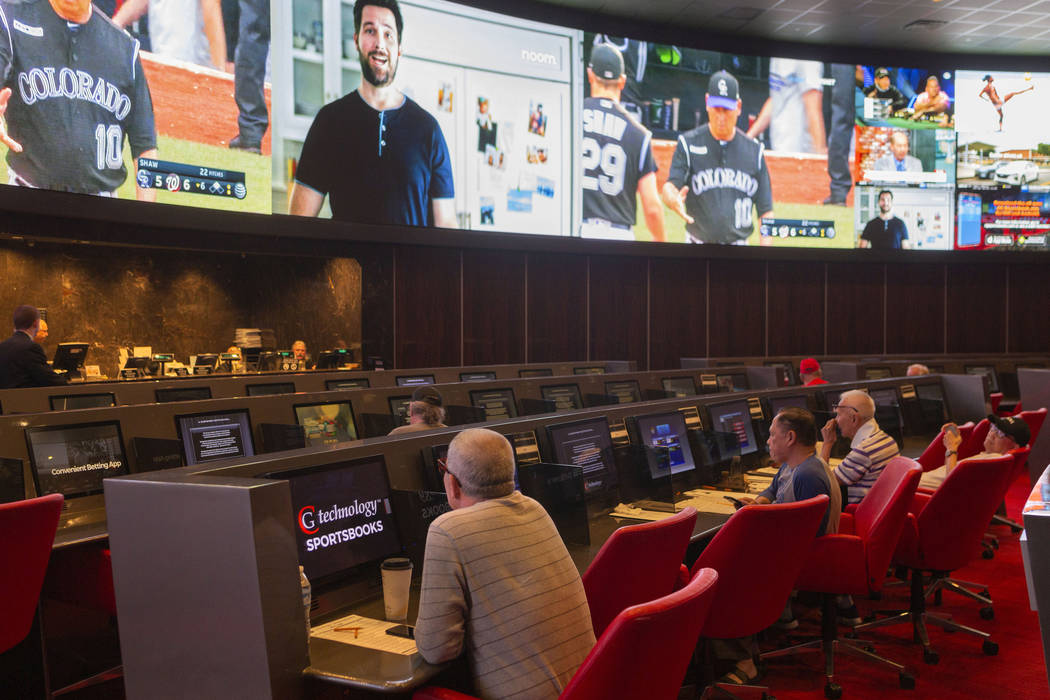 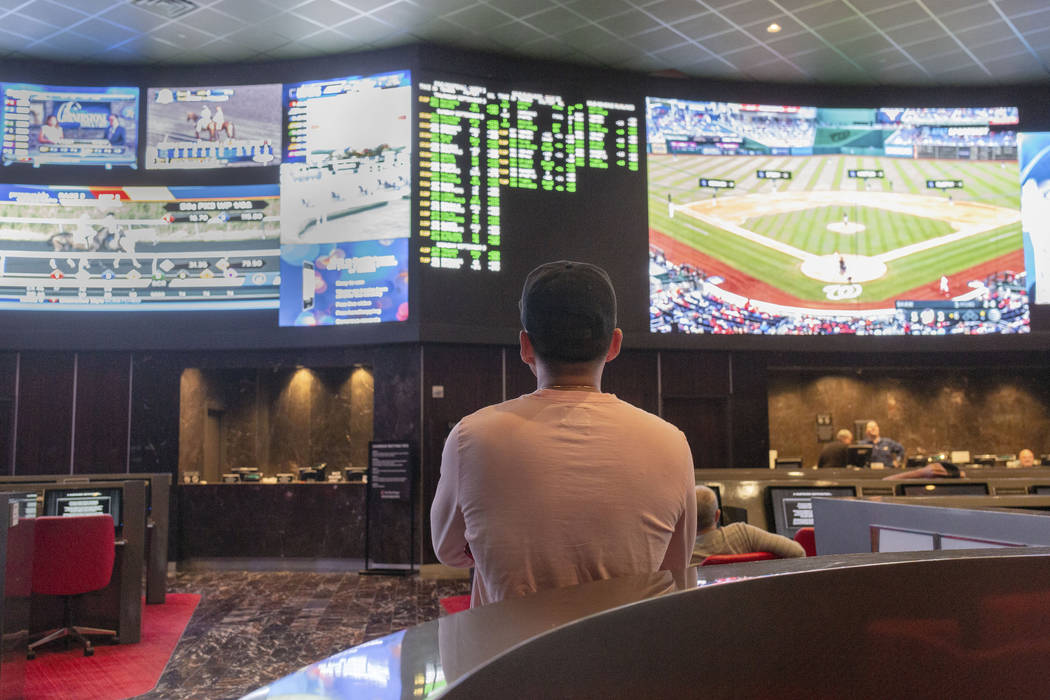 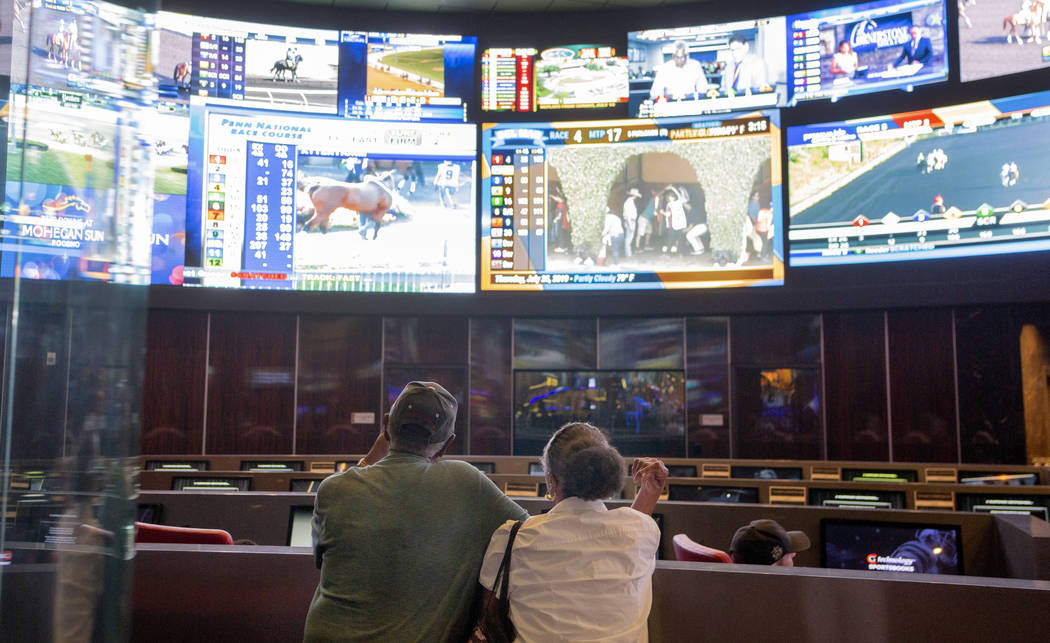 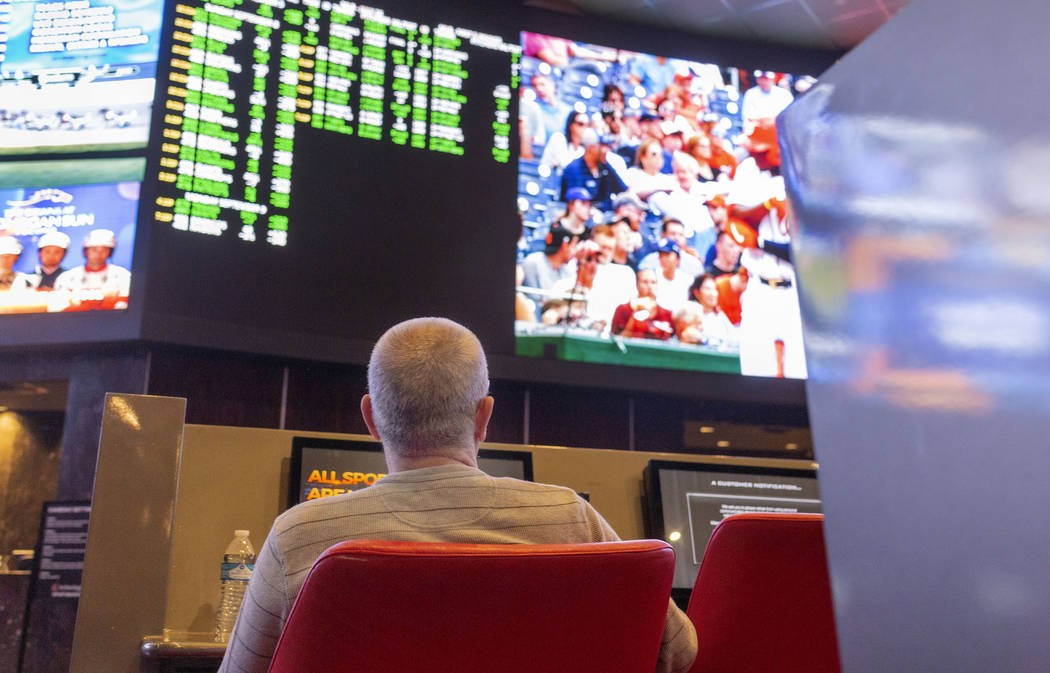 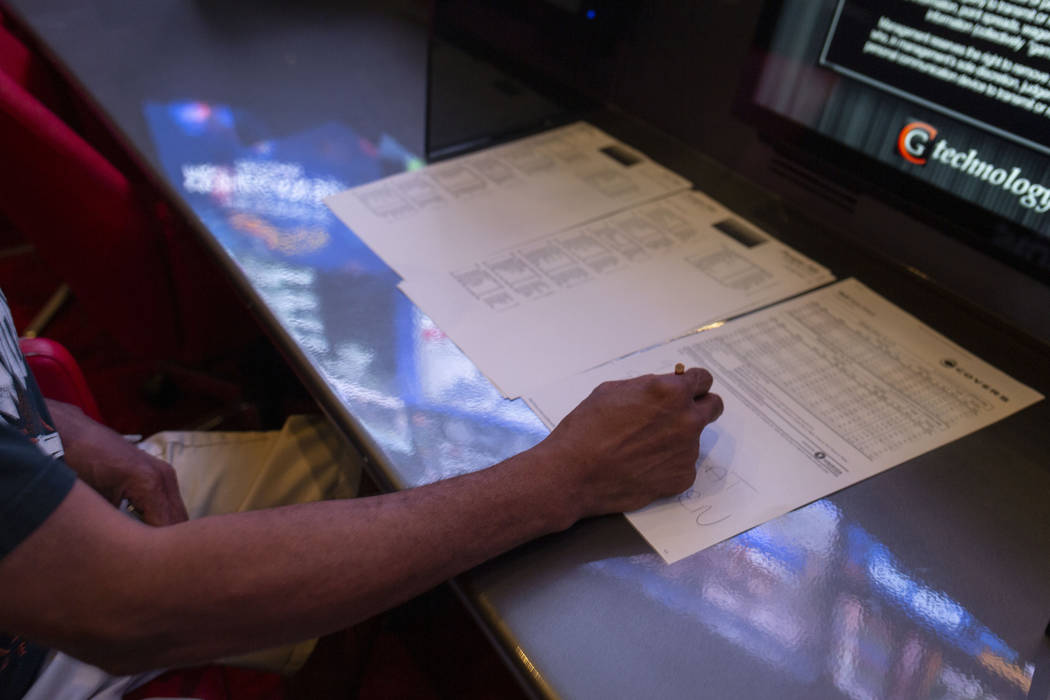 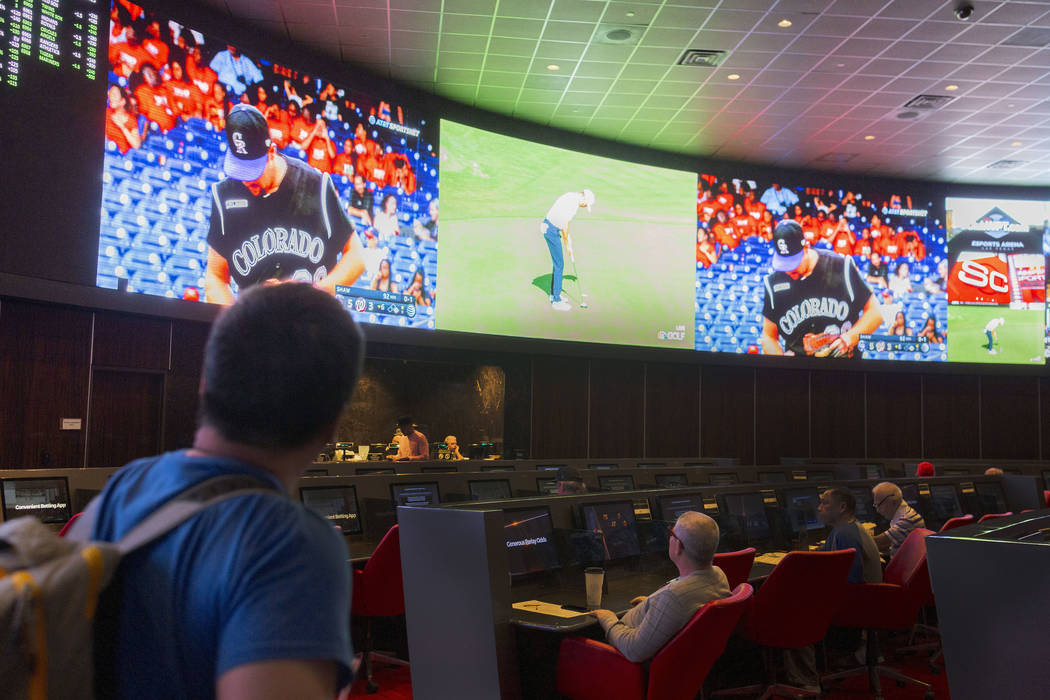 Sportsbook operator William Hill has seen tremendous growth since the London-based company was first granted a Nevada gaming license in 2012, according to U.S. CEO Joe Asher.

“We’ve just been hiring a lot of people here in Las Vegas to support the business in the state,” Asher said. “We just ran out of space in our office on Rainbow (Boulevard) and had to take some new place about a mile up the road from the current office.”

William Hill now operates 21 sportsbooks in the Las Vegas Valley, but it isn’t the only sportsbook operator making a local mark.

As legalized sports betting expands across the country, sportsbook operators from near and far are looking to get into in the established Nevada market, experts say.

Brendan Bussmann, a partner at Global Market Advisors, said Nevada is one of the first markets sportsbook operators look to when they expand operations.

“You’re going to see quality operators that want to come to Nevada because it’s held in high standard,” he said. “If you can set up in Nevada, you can be licensed anywhere in the world.”

For decades, Nevada was the only one to offer sports betting; it legalized the practice in 1949.

That all changed last year, when the U.S. Supreme Court stuck down the Professional and Amateur Sports Protection Act, a 1992 law that prohibited the expansion of sports betting to other states. Since it was overturned, about 10 states have legalized sports betting.

Nevada’s sportsbooks and mobile platforms generated $301 million in winnings last year, up 21 percent from revenue in 2017. Research company GamblingCompliance projects the U.S. sports wagering market will grow to $5.7 billion in annual revenue and spread to 34 states by 2024.

Earlier this year, Isle of Man-based GVC Gaming obtained its license from the Nevada Gaming Control Board. The company had already been operating in Nevada as Stadium Technology, providing sportsbook software to about 80 percent of sports betting operators in the state. Last year, the company agreed to a joint venture with MGM Resorts International that included all existing MGM sportsbook revenues from its eight Nevada properties.

Tony Cabot, a UNLV professor and a former gaming attorney, expects most of the companies doing business in other states will “eventually” enter the Las Vegas market, once they find suitable casino partners.

“Success in Nevada is important to achieving scale,” he said.

Boston-based DraftKings, a fantasy sports operator, is hiring in Nevada as it seeks to build its sports betting division. The company entered into an agreement with Caesars earlier this year, but has yet to receive a Nevada Gaming license.

“It wouldn’t surprise me to see DraftKings or FanDuel enter the Nevada market, although they may ultimately be brand partners versus the actual license-holding operator,” said Eilers & Krejcik Gaming analyst Chris Grove.

“I think both those companies … want to be in as many places as they can,” he said.

Hennessy declined to comment on FanDuel’s potential plans in Nevada. A spokesperson from DraftKings did not immediately respond to a request for comment.

Walker said he agrees that Nevada’s regulatory practices are the “gold standard” in sports betting, but that could turn some operators away.

While obtaining a Nevada gaming license makes entering other markets easier, Walker believes it doesn’t make sense for every operator to jump through so many regulatory hoops just to operate in Nevada. Additionally, he said the state’s regulations on mobile sports betting — players must sign up for accounts in-person in Nevada, unlike in other states — could turn operators away.

“It’s a tough, mature market,” he said. “I’m not sure how much it makes sense for any vendor to come to Nevada just to be in Nevada.”

But Cabot said even with an expanded legal sports betting market, Nevada is still viewed as the leader in the industry.

“Las Vegas was and remains a unique destination,” he said. “If Las Vegas does its investments now and sports betting becomes more and more popular, Las Vegas will retain its reputation as the Mecca of sports betting.”

According to Grove, the PASPA repeal presents a “real opportunity” for operators in Nevada. As more people are exposed to sports betting in their home states, Grove believes more will want to try their luck at the “Mecca of gambling.”

“The more people get exposed to it, the broader the base of consumers coming to Las Vegas to try it out,” he said. “There’s a concurrent peak between regional poker rooms, the popularity of online poker and the number of rooms and tables in Las Vegas. All of those things grew together.”

Walker called it the “golden era” for customers.

“For the places that have multiple sportsbooks, you’re going to get the best pricing,” he said. “It’s just going to get bigger and better and more competitive … (But for operators,) it’s probably going to erode margins for sportsbooks.”

And as more players enter the market, Walker said the major operators in Nevada today will have to fight to keep their properties.

“You’ll see, in three to five years, (the major opporators) will be much different,” Walker said. “Everyone’s game has to be at a high level to compete in this industry … When contracts expire, (properties will) look at different options and at who brings the most to the table.”