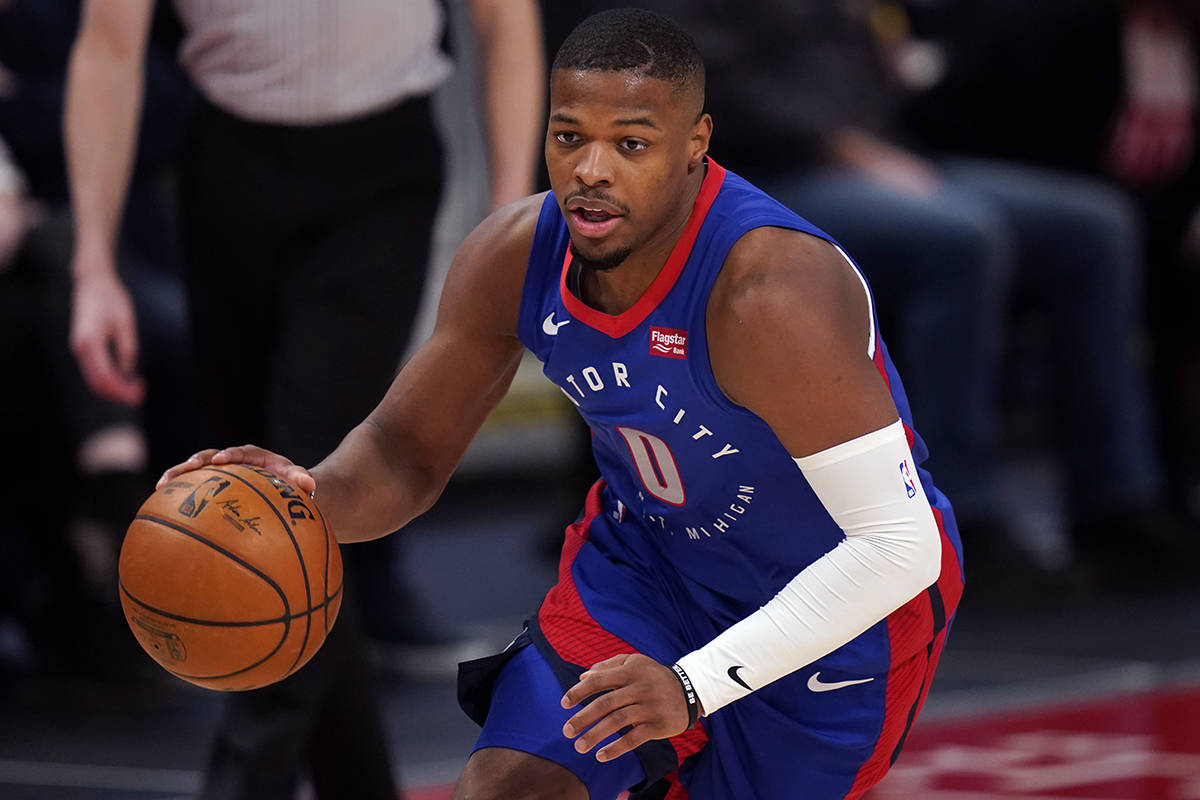 Detroit Pistons guard Dennis Smith Jr. brings the ball up court during the second half of an NBA basketball game against the New Orleans Pelicans, Sunday, Feb. 14, 2021, in Detroit. (AP Photo/Carlos Osorio)

Wynn Resorts Ltd. has signed on to its second partnership with a National Basketball Association team with a multiyear deal with the Detroit Pistons, the company announced Tuesday.

WynnBET, the company’s casino and sports betting app, last month announced a partnership with the Memphis Grizzlies. The company has been named an authorized gaming operator of NASCAR, and will be the “Official Online Sportsbook” of the Martinsville Speedway and Richmond Raceway once the company is licensed in Virginia.

As part of the deal with the Pistons, the company announced a new initiative called Wynn Wednesdays in which every Wednesday during the Pistons’ regular season there will be opportunities for customers to win player memorabilia, tickets and VIP experiences.

Wynn will participate in sponsorship and advertising efforts across the Pistons’ game day radio programs, mobile app, social channels, and inside Little Caesars Arena in midtown Detroit where the team plays.

WynnBET is available in New Jersey, Colorado and Michigan and is expected to seek market access through licensing in Nevada, Indiana, Iowa, Massachusetts, Ohio and Tennessee. The company is seeking licensure in Virginia.