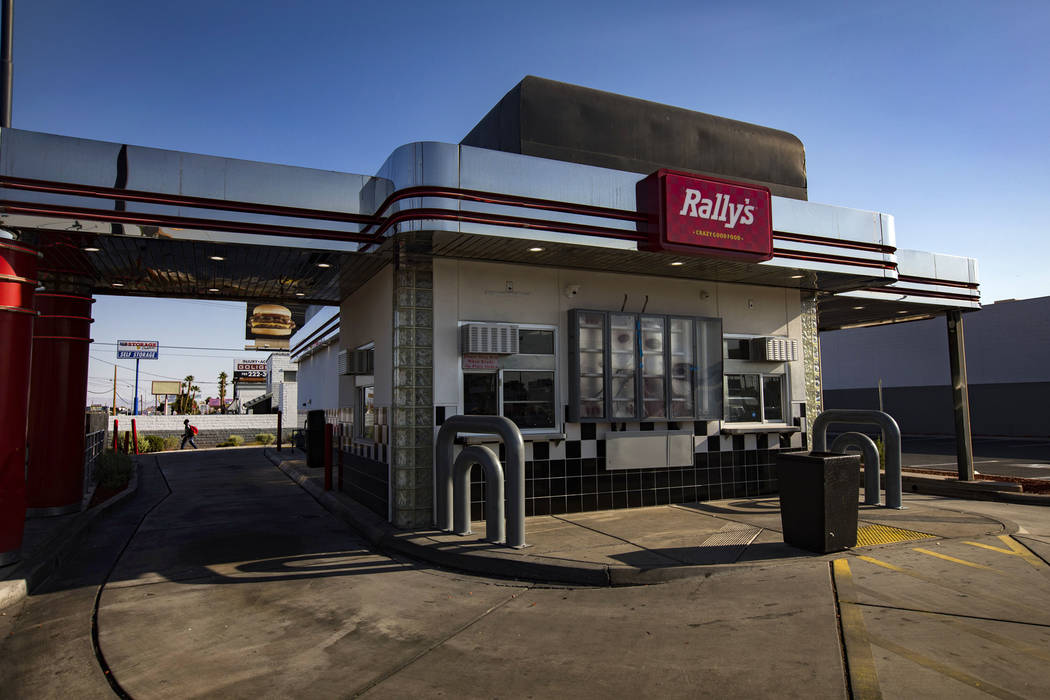 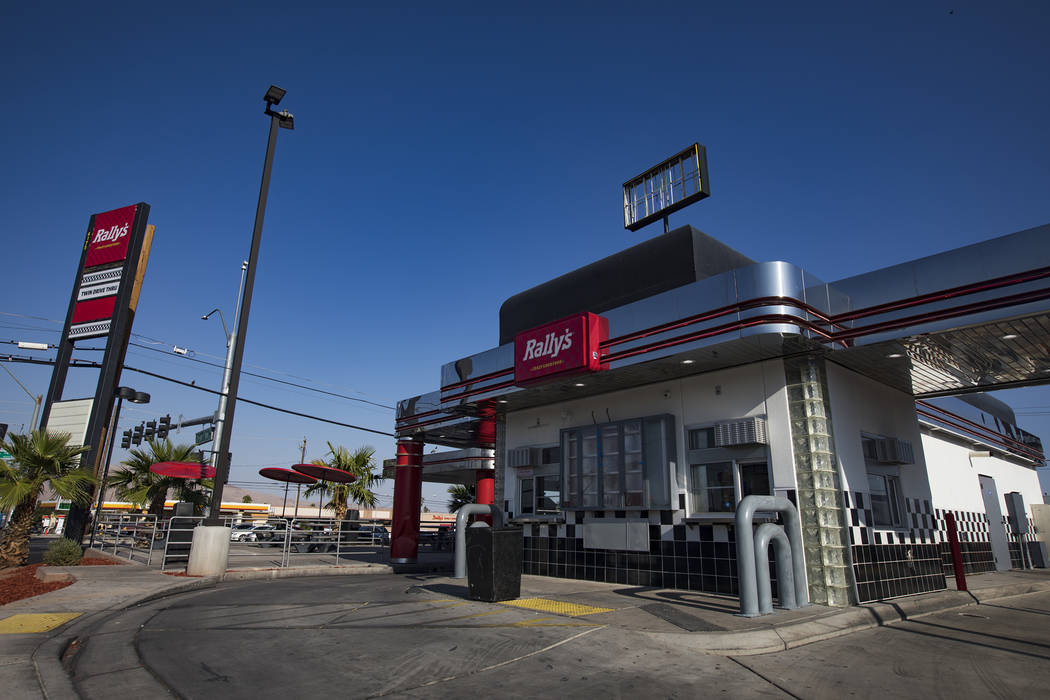 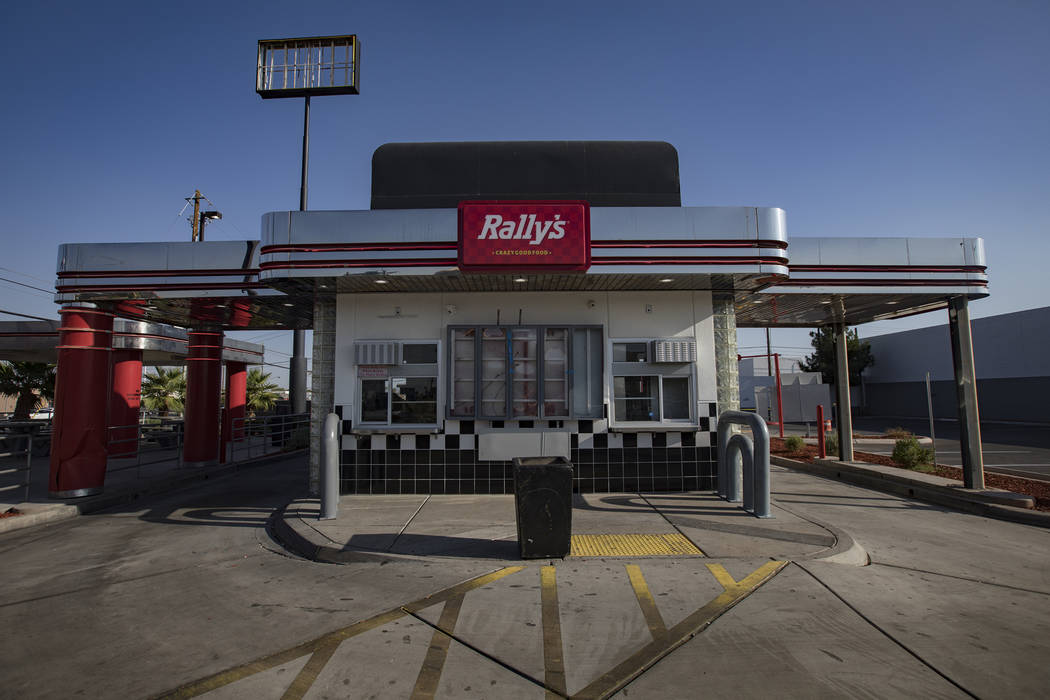 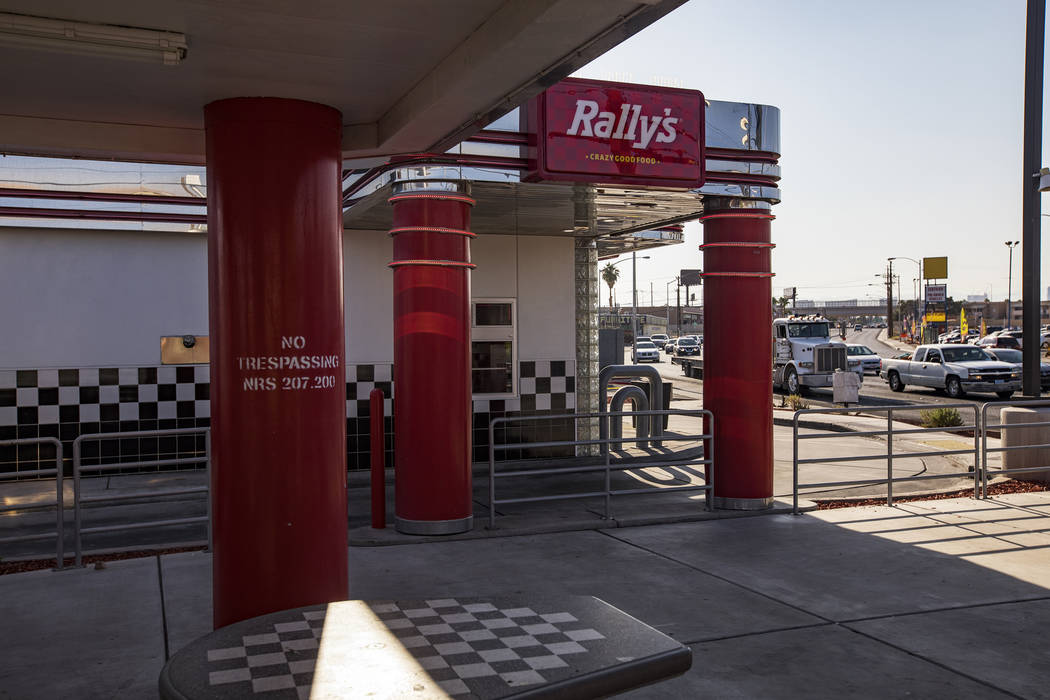 Fast-food chain Checkers is returning to Las Vegas — sort of — roughly six months after abruptly closing all of its locations.

The restaurant, at 4175 E. Desert Inn Road, will reopen as Rally’s next Thursday. Plans are underway to open at least four more over in Las Vegas over the next 18 months and eventually grow to nearly 20 locations in Southern Nevada in five years.

The company partnered with Los Angeles-based franchisee Wahid Karas, who has exclusive development rights for the Las Vegas market for the next 18 months.

Karas said he’s opening a second Rally’s at 1900 E. Charleston Blvd. in about two months and is looking to open additional locations.

“This is the one concept I can grow and grow fast versus Burger King and Carl’s Jr. or other burger concepts where they’re everywhere,” Karas said, adding that he will open seven Rally’s in Los Angeles. “The square footage is only 1,000 to 1,200 square feet — small properties. Plus, the food is awesome and they bring a good value to our clients.”

Karas has more than 25 years of experience operating franchises such as Jack in the Box. He owns and operates eight Popeye’s and two Broken Yolk Cafés in California as well as a Jersey Mike’s in Yuma, Arizona.

Reintroducing the brand as Rally’s made sense since West Coast residents are more familiar with the moniker, said Robert Bhagwandat, director of franchise development at Checkers.

The company has checked the Checkers name performance in several other markets on the West Coast, including Bakersfield, California, he said. “It just never performed at the same level that the Rally’s name does,” which is why it opted for Rally’s in Las Vegas.

Bhagwandat said the previous franchisee, which operated six Checkers locations in Las Vegas, chose the Checkers name because the area welcomes a number of tourists.

“Tourists don’t necessarily leave the Strip to go out to a fast-food place so you’ve got to make sure you’re taking care of the local community … and they gravitate towards the name of Rally’s more than anything else,” he said.

Rally’s menu items are similar to those at Checkers, except for a few tweaks. For example, diners will find the classic Checkerburger is known as the Rallyburger.

“The biggest thing is really getting the name recognition back into the market,” Bhagwandat said. “With the franchisee that we’ve chosen to go into (Las Vegas), it’s going to be a very different experience for the customer base.”