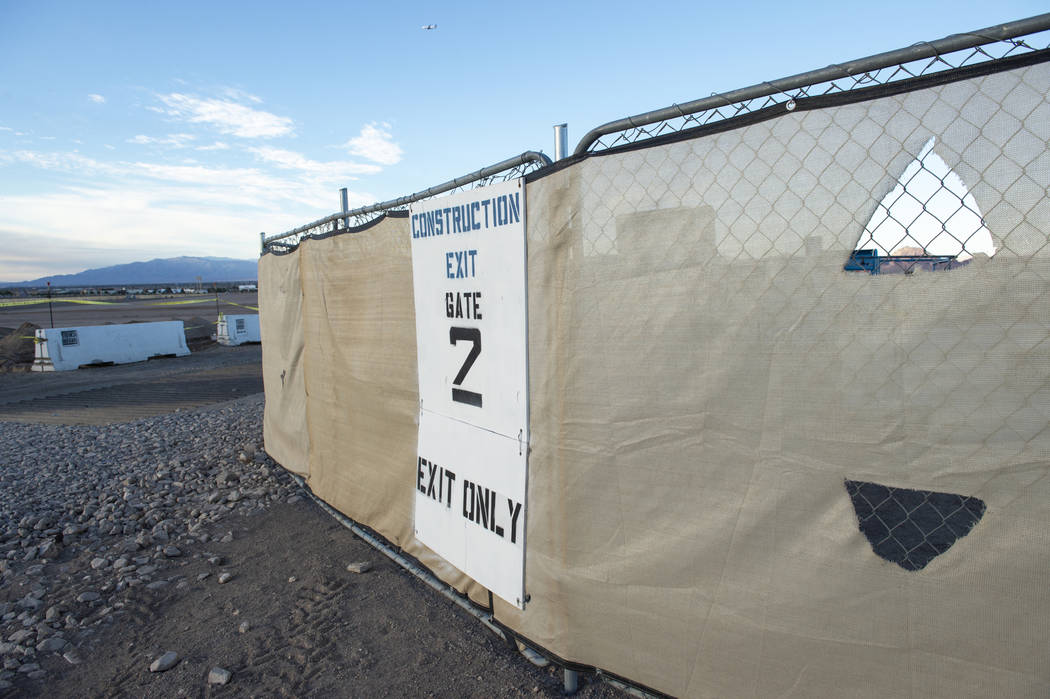 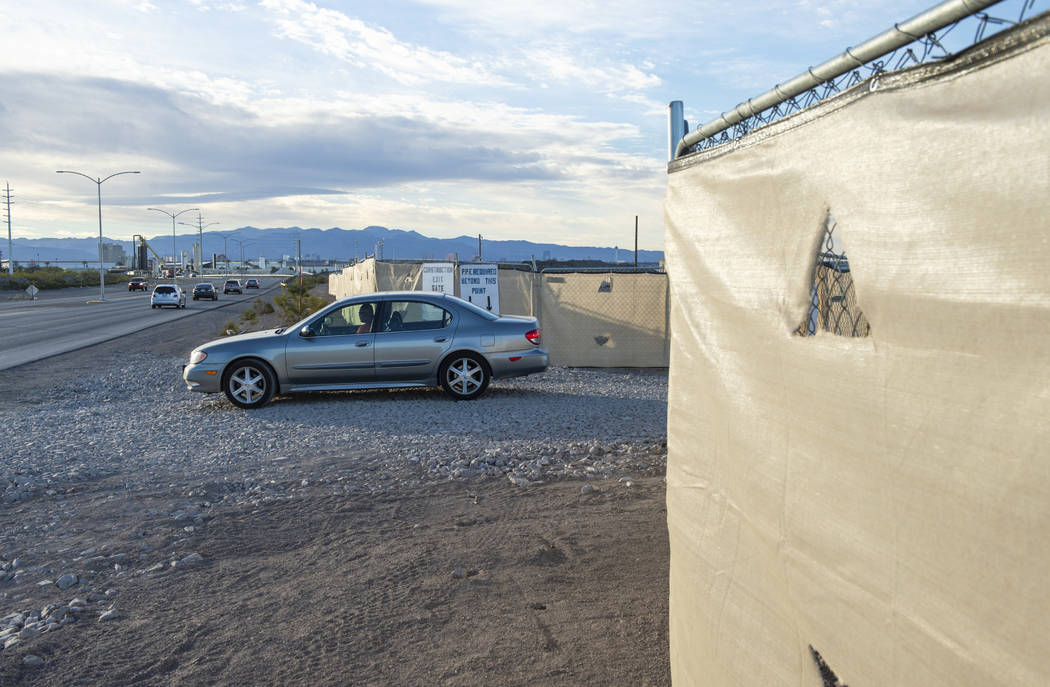 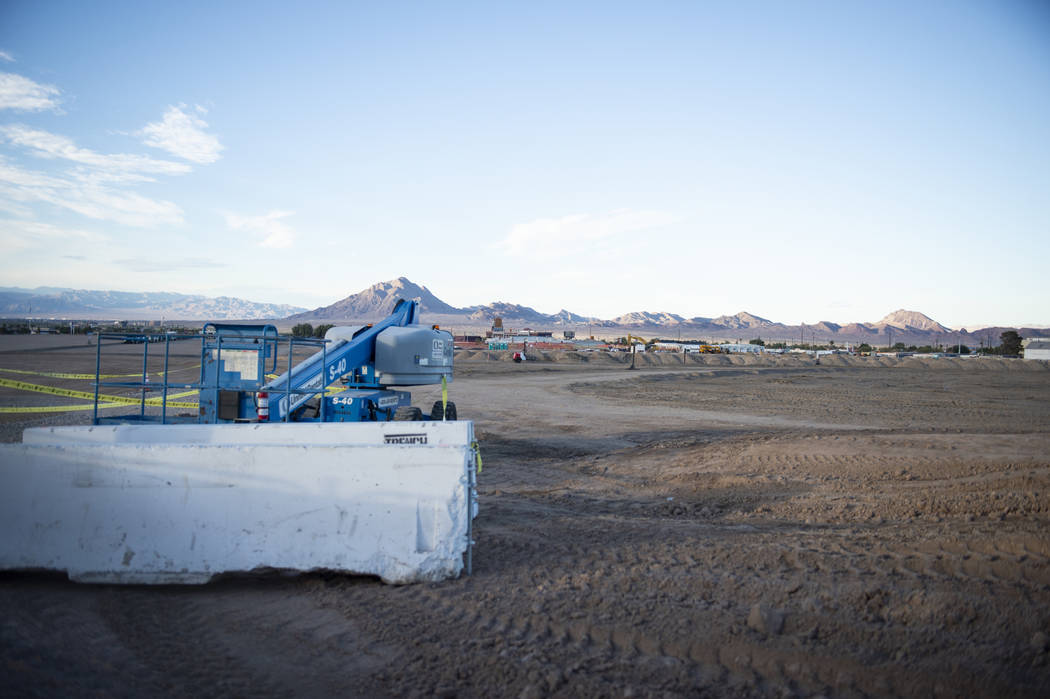 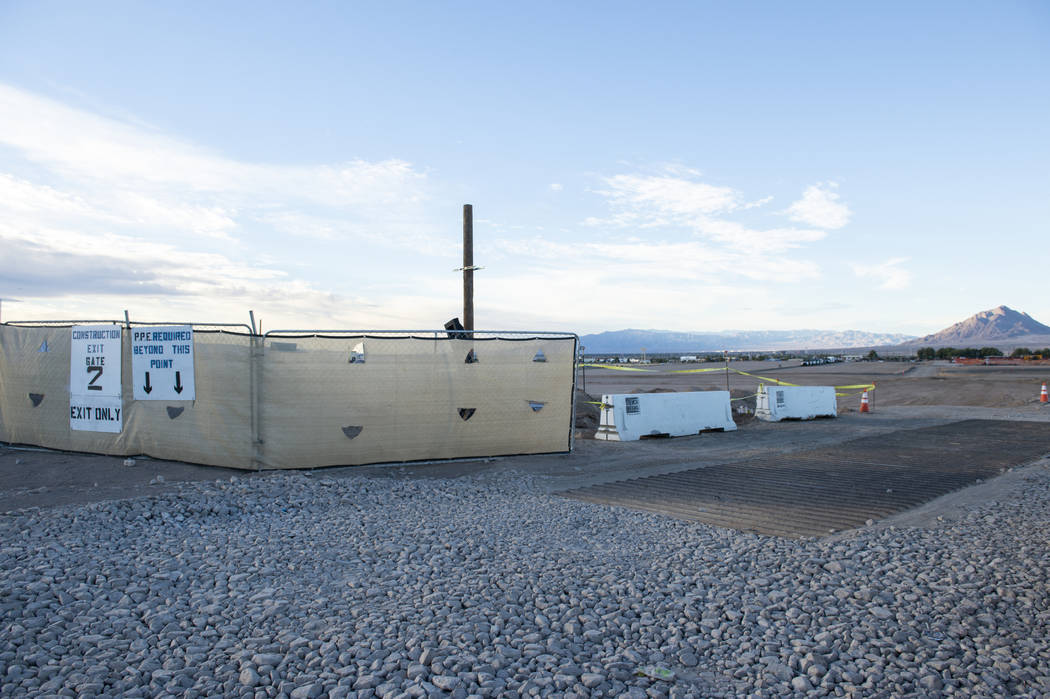 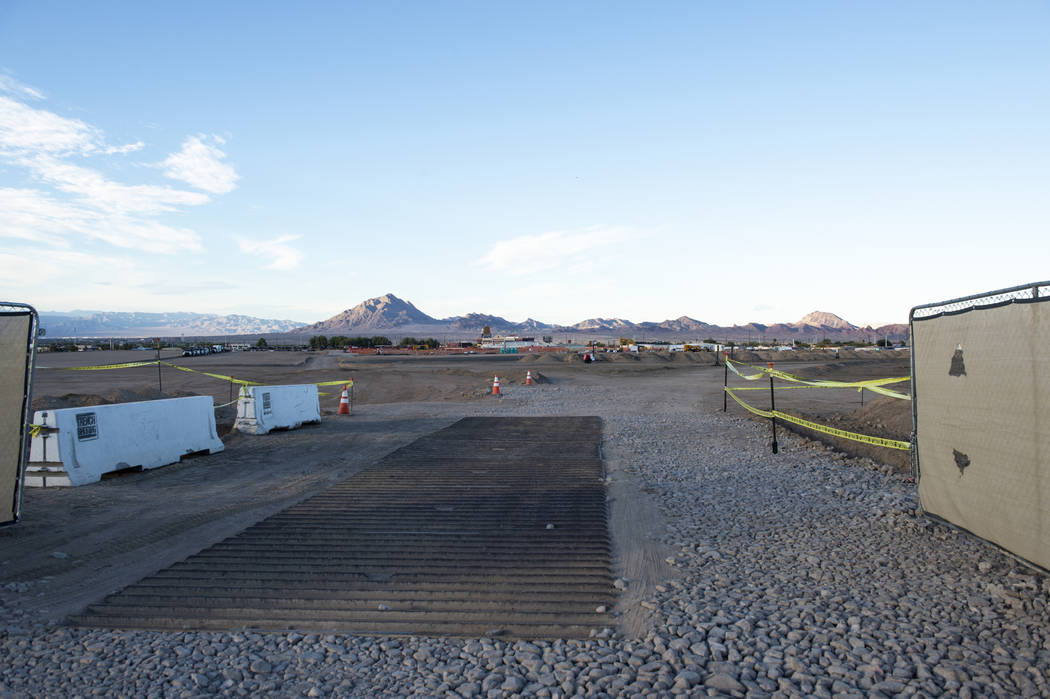 A developer shrouded in secrecy is building a massive data center in Henderson.

An obscure company called Jasmine Development LLC acquired 64 acres of land on Warm Springs Road west of Boulder Highway in January for $19 million and drew up plans for a data center project that would span more than 750,000 square feet, Clark County and Henderson city records show. Construction is underway.

The project is the latest in Southern Nevada’s ongoing industrial property boom. But unlike countless other residential and commercial projects and properties around town, the developer for this one left no clear paper trail to its identity.

Asked to identify the developer, Henderson city spokeswoman Kathleen Richards said she is “not able to provide any details about that project,” citing “confidentiality reasons.”

She said the city signed a nondisclosure agreement, adding that state law allows for such secrecy when “attracting businesses to jurisdictions.”

Brian Baluta, spokesman for the Governor’s Office of Economic Development, which approves financial incentives to bring companies to Nevada, said he’s “not able to comment” on the project. 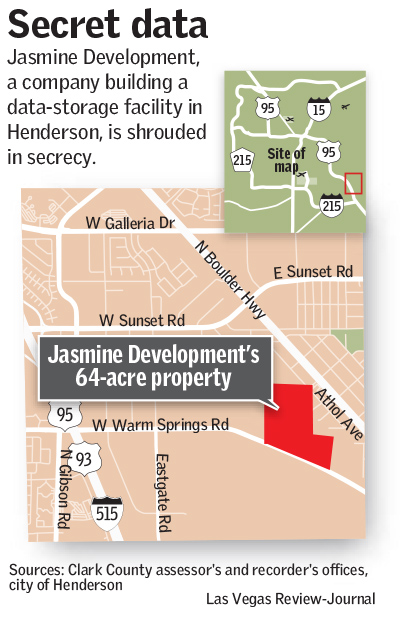 He did not respond to a follow-up email asking why.

Speculation is swirling that the facility is for internet search giant Google.

Google’s press office did not respond to a request for comment.

A similar air of mystique surrounded the Google data center that’s under construction in Bridgeport, Alabama.

Shelia Shepard, president and CEO of the Jackson County Economic Development Authority in Alabama, said it was so secretive that she didn’t even know which company was behind it until “very close” to the public announcement in 2015. Google held a groundbreaking ceremony for the 360-acre, $600 million project in April.

She said the project had code names in internal communications but declined to disclose them.

“Any economic development project uses code names because they don’t want competition to know what they’re doing,” she said.

Jasmine Development was incorporated in Delaware last year, and David Thomas is listed in government records as its manager. Jasmine does not appear to have a website, and public records obtained by the Review-Journal — including project plans, property records and business-entity registrations — do not show which company is behind Jasmine, any definitive links to Google or Thomas’ phone number or email address.

The only hint that the developer might hail from Silicon Valley is that, as Henderson records show, Thomas notarized some project plans in Santa Clara County, California. That county encompasses San Jose and surrounding cities, including Mountain View, Google’s hometown.

A woman who answered the phone at CSC on Tuesday said she would give a message to a client only if it was a subpoena or a summons.

Snap Towing owner Don Ellis, whose business is next to Jasmine’s land, said he heard Google was behind the data center. But when he went online to look into it, he said, it was odd that he couldn’t find anything on the developer.

Los Angeles real estate investor David Emrani, whose family owns land on the other side of the project site, said he’s heard “many different things,” including that Google was building the facility.

“They’re holding everything pretty close to the vest,” Tassi said.

Henderson City Councilman John Marz and spokespeople for U.S. Rep. Jacky Rosen, whose districts include the project site, did not respond to requests for comment.

Clark County Commissioner Jim Gibson, who also represents the area, was not familiar with the project but couldn’t comment even if he were, his office said.

Data Center Docs by on Scribd