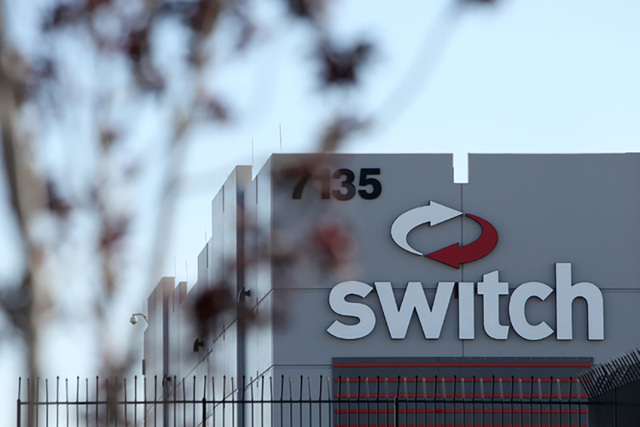 CARSON CITY — The data storage company Switch on Tuesday filed a lawsuit against the Nevada Public Utilities Commission and NV Energy in the wake of the revelation that the former PUC general counsel inappropriately commented on matters pending before the agency using a social media pseudonym.

In the lawsuit, filed in U.S. District Court, Switch asserts that the PUC unconstitutionally denied Switch the ability to purchase 100 percent renewable energy directly from the national market even though NV Energy was unwilling to provide this energy.

Switch filed the first application to exit as a customer of NV Energy last year but the PUC rejected the proposal. Switch later struck a deal with Nevada Power, part of NV Energy, to remain for at least the next three years.

Its exit fee was estimated at $27 million.

The Switch lawsuit notes that while the company was denied, others have been approved to leave, including MGM Resorts International and Wynn Resorts this year.

The PUC had not received a copy of the lawsuit and so had no comment. NV Energy said it does not comment on pending litigation.

The Switch lawsuit asserts that this was done in violation of the 14th Amendment, which guarantees all citizens equal protection under the law.

Switch’s lawsuit contends it was denied the ability to purchase 100 percent green power in June of 2015 because Tanner improperly influenced the commission to block Switch from gaining independent access to 100 percent renewable energy, in part, by alleging that Switch was so unique it must purchase electricity through NV Energy’s monopoly.

Consequently, the Switch lawsuit contends it signed a settlement agreement with NV Energy and the PUC because Switch was given no alternative path to purchase 100 percent renewable energy.

The lawsuit notes Switch was able to obtain 100 percent renewable power but at a significant premium and only with NV Energy “wedged in as a gratuitous middle-man.” The complaint alleges that NV Energy has been unjustly enriched due to purchasing 100 percent solar energy at 3.8 cents per kilowatt hour based on Switch’s consumption although Switch has been forced by the PUC and NV Energy to pay 9 cents per kilowatt hour to NV Energy for the same power.

Switch’s lawsuit also claims it was denied its right to a fair hearing because of Tanner’s conduct. Switch views the role of general counsel for the PUC as a trusted officer of the court assigned to ensure the process is fair and legal, much like a referee.

Switch’s lawsuit claims Tanner’s inappropriate use of social media and unprofessional conduct during the docket exposed her bias towards supporting NV Energy — the company she was charged with regulating — and therefore compromised the PUC’s ability to provide Switch a fair hearing.