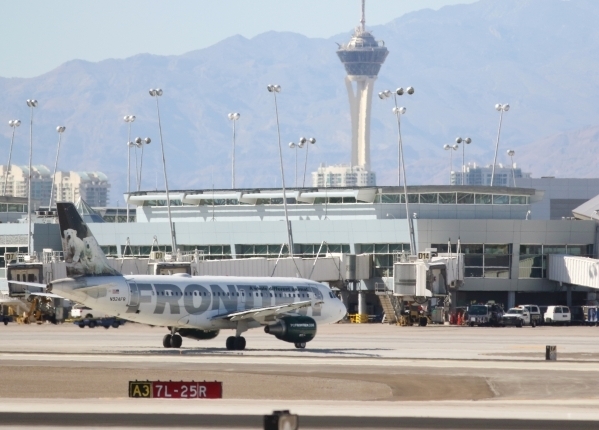 With the addition of the new route, Frontier will average 17 flights a day to and from 17 destinations from McCarran.

“Salt Lake is a key market in the mountain west region and we know travelers in northern Utah as well as the Las Vegas area will benefit from Frontier’s additional service on this busy route,” Rosemary Vassiliadis, director of the Clark County Department of Aviation, said in a statement announcing the new route.

The new service will generate 450 new seats into the market per week.

Frontier plans to introduce the route with $29 one-way fares, available now on the company’s website. The airline said the usual one-way fare would be $49, which doesn’t include various ancillary fees. Frontier also offers an $88 fare that is inclusive of fees. The average fare on the route is $100.

The new route is a part of Frontier’s nationwide expansion plan. The company is adding 59 new routes on its spring and summer schedule, thanks to the airline’s fleet growth. Frontier flies twin-engine Airbus A320 and A319 planes on most routes. The Salt Lake City route will be flown with a 150-passenger A319.

Frontier will compete on the route with Alaska, Delta and Southwest airlines, which collectively offer an average 11 flights a day to and from Salt Lake City.