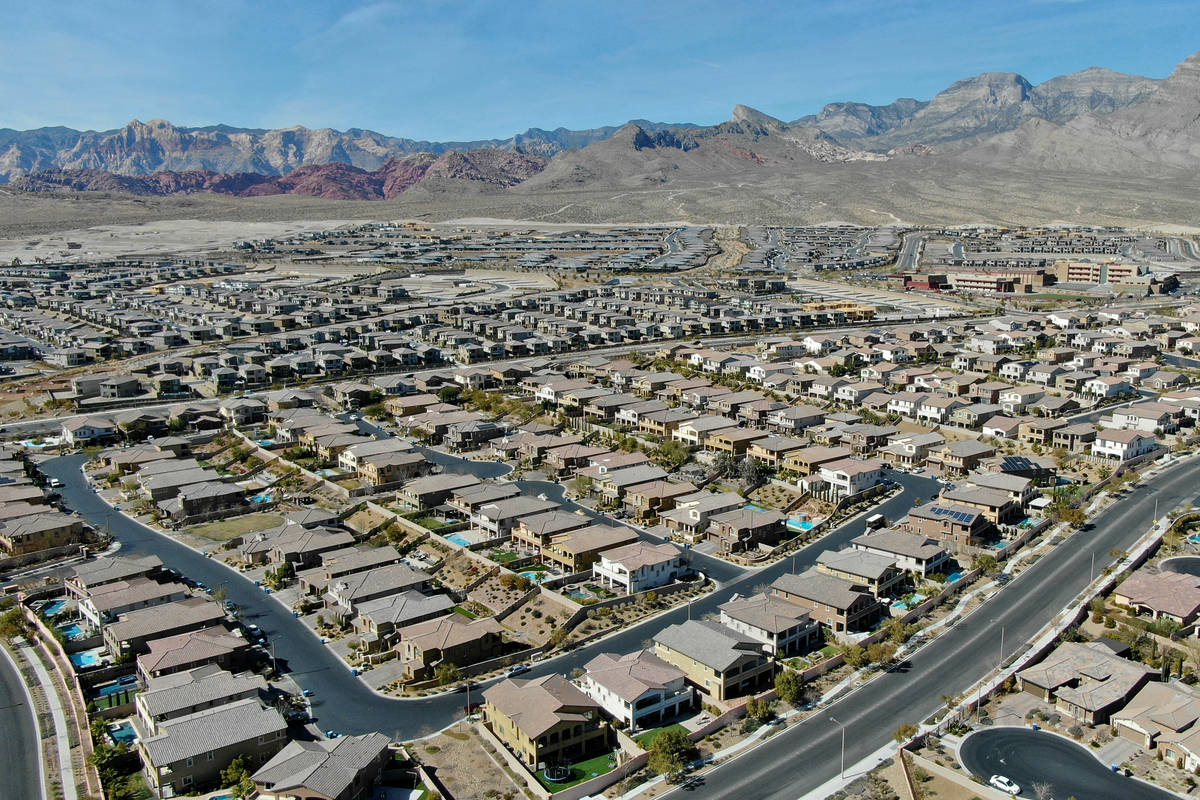 The median sales price for previously owned single-family homes — the bulk of the market — was $355,000 in February, up 2.9 percent from January and 12.3 percent from February of 2020, trade association Las Vegas Realtors reported.

Meanwhile, just 1,677 single-family homes were on the market without offers at the end of February, down 27.6 percent from January and 60.4 percent year-over-year, the association reported.

The coronavirus outbreak has kept people at home and away from crowds for fear of getting infected, devastating the tourism industry, the bedrock of Las Vegas’ casino-heavy economy. The local unemployment rate in December, 10.4 percent, was the highest in the nation among large metro areas, federal officials reported.

Southern Nevada’s housing market, however, has been on a monthslong hot streak, thanks in large part to cheap borrowing costs that have let people — at least those who can still afford to buy a place — lock in lower monthly payments and stretch their budgets.

“As we’ve been saying for months, our housing market continues to perform better than most people expected when this pandemic started,” Las Vegas Realtors President Aldo Martinez, a branch manager with Berkshire Hathaway HomeServices Nevada Properties, said in a news release. “Still, we’re looking forward to getting through this, to stabilizing the economy and increasing consumer confidence so people feel more comfortable buying and selling homes and moving when the need arises.”